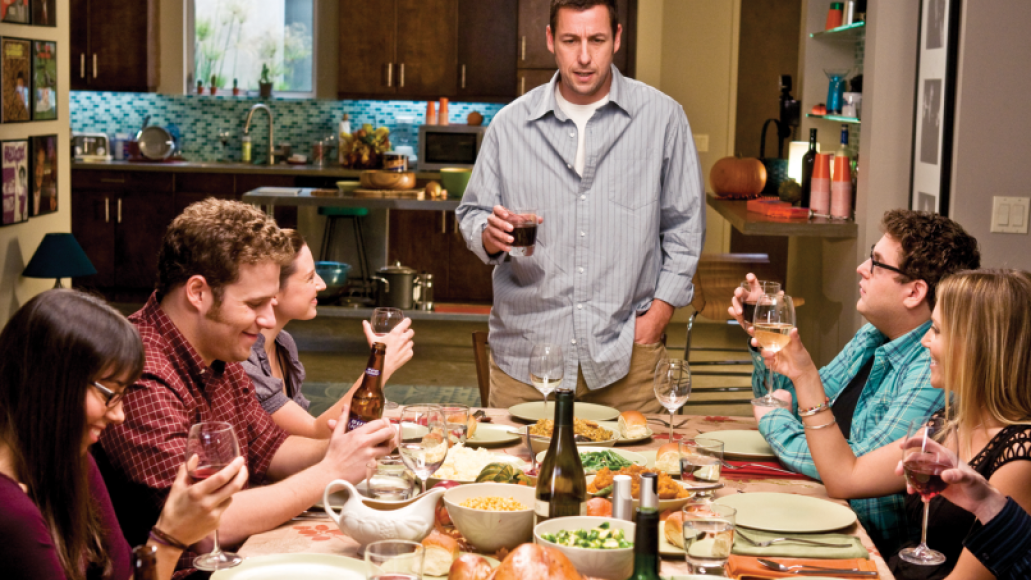 I’ll kick off our weekly recommendations with a movie that necessitates I start off by saying that I don’t actually like 100% of it. But having said that, if you haven’t gone back and revisited Judd Apatow’s Funny People, or didn’t bother with it when it was released five years ago in the first place, please give it a shot. Again, it’s not a perfect movie. It’s the epitome of a hangout film, and if you’re in the camp that finds Apatow movies to be undisciplined and meandering, he’s almost never been guiltier of it than he is in this one. (The only worse example: this film’s follow-up, This Is 40, a film I will at no point recommend in this feature.)

But the reason to go back to it is Adam Sandler. Before we get to see his return to drama in Jason Reitman’s Men, Women & Children later this year, Funny People stands alongside his much-lauded work in Punch-Drunk Love. Playing a savage take on his own star persona, Sandler once again cuts to the core of the Sandler character to reveal a bitter, jaded man who once found solace in comedy and over time has ensconced himself inside it, refusing to ever stop cracking wise or start having meaningful emotional connections with other people.

At its best, Funny People is both an astute chronicle of the struggles of trying to make it in the comedy world, and a poignant chronicle of a lonely, bullied kid who grew up to become the kind of person who made him who he is. It’s surprisingly deep stuff for a movie that also birthed Aziz Ansari’s “Randy” character.

The Adventures of Robin Hood 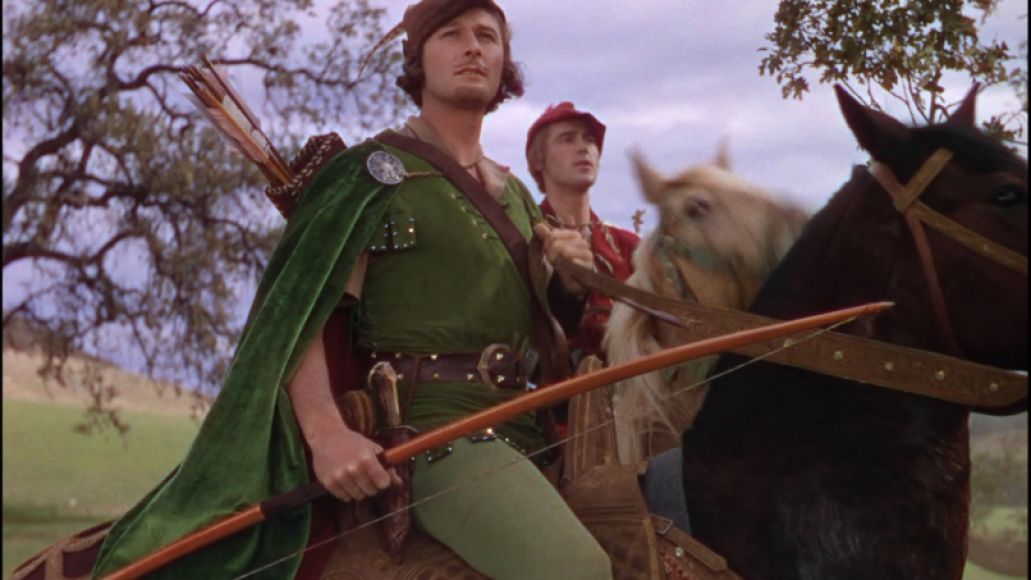 Let’s take a trip way, way, way back in time to the year 1938. Those reading this feature likely weren’t alive back then. It’s likely that your grandparents weren’t even alive, but I digress. This is the year the greatest Robin Hood movie of them all was released. It’s even better than Disney’s perennially underrated feature-length cartoon, funnier than Mel Brooks’s Men in Tights, more relevant than Ridley Scott’s statement, and less American than the Kevin Costner-led Prince of Thieves. The movie is The Adventures of Robin Hood, and whether or not you have plans on seeing the upcoming Errol Flynn biopic, The Last of Robin Hood (do you have plans on seeing The Last of Robin Hood?), make sure to see this classic first.

The story is a familiar one: Robin Hood lives in the forest with his merry band of bandits, stealing from the rich to give to the poor. Their main adversaries are the weasely Prince John (Claude Rains) and the devious Sheriff of Nottingham (Basil Rathbone). The beautiful Maid Marian (Olivia de Havilland) complicates matters when she … oh, you know the story. But what separates this movie from the several other film interpretations based on the legendary outlaw is sheer joy. Flynn’s Robin Hood can hardly suppress a smile, even as he engages in duels to the death. His chemistry with de Havilland puts modern-day film romances to shame as they overcome an evil kingdom, thievery, imprisonment, and, of course, arrows flying every which way. The definition of a breezy classic. 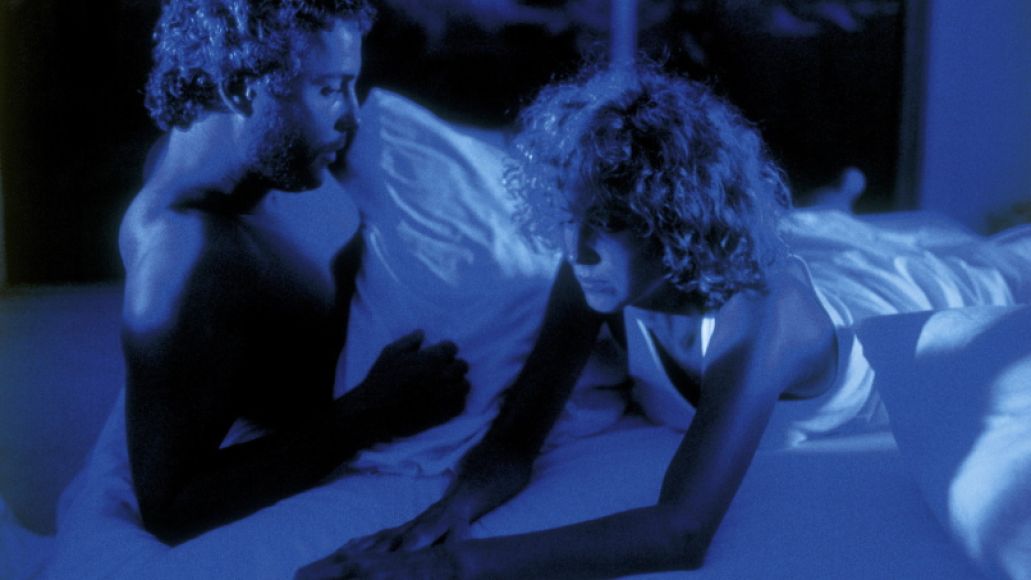 Thrillers aren’t always designed to look beautiful, but don’t tell that to Michael Mann. The veteran Chicago director has made it his trademark in lensing captivating silver screen portraits that tap into moods and feelings that would otherwise be left untouched. Critics are quick to single out 1995’s Heat or 1992’s The Last of the Mohicans as his best work, and they’re not exactly wrong, but they’ll also ignoring his most vital period: the Eighties. When he wasn’t changing the game for television with Miami Vice, he was churning out cinema spectacles with 1981’s Thief and especially his 1986 adaptation of Thomas Harris’s Red Dragon novel, Manhunter.

Let’s agree that Jonathan Demme’s The Silence of the Lambs is an exceptional movie and that NBC’s Hannibal continues to be an excellent series. (Season Three can’t come soon enough.) But let’s discuss Manhunter for a moment and hopefully call it an extraordinary motion picture by weekend’s end. No doubt this is an Eighties film through and through, what with its pastels, neon titles, and scores by Michel Rubini, Shriekback, and The Reds. But those elements, when baked together, provide all the right flavors to prey upon the mind, the heart, and the soul by layering the film with a proper dosage of heroism, horror, and anxiety.

There’s an extraordinary amount of detail at hand in Manhunter. Mann and cinematographer Dante Spinotti ensure that each and every shot is worthy of being placed on the wall. Soft, reflective moments throughout the film allow the inspired cast of William Petersen, Joan Allen, Tom Noonan, Brian Cox (the most realistic Hannibal Lecter to date), and Dennis Farina to breathe and be human. There’s one scene, in particular, that includes Petersen’s Will Graham studying on a plane, only to be whisked away to his island home. It’s a beautiful scene that’s quickly juxtaposed against sharp terror, and that’s the magic of Manhunter.

So, while we wait for this fall’s most anticipated thriller — David Fincher’s Gone Girl — check out one of the genre’s best, and preferably at two in the morning. That’s when you can listen to your heart beat (heart beat). –Michael Roffman 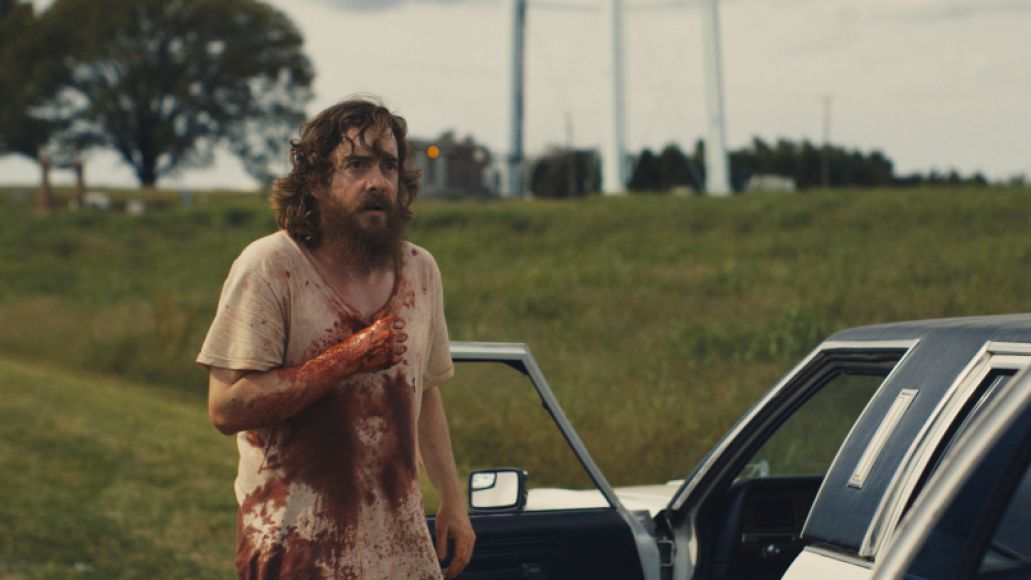 Earlier this year, Blue Ruin was released in a smattering of theaters, so few moviegoers had the chance to see it. That’s a damn shame, since it’s easily one of the best films of 2014. Writer-director Jeremy Saulnier helms this brutally realistic and beautifully shot thriller about Dwight (Macon Blair), a man who has devoted a large chunk of his life to plotting revenge on the man he believes killed his parents. When the suspect is finally released from prison, all hell breaks loose as our protagonist carries out his years-long plot, unexpectedly starting a blood feud that would make the Hatfields and McCoys blush in the process.

Unlike most cinematic takes on the topic, Blue Ruin doesn’t glamorize Dwight’s retribution. Instead, the film makes it sloppy, grisly, and, at times, truly uncomfortable to watch (I dare you not to squirm in your seat when one of the characters has to remove an arrow from his leg). But the glue that really holds this bloody opus together is Macon Blair, who turns in one of the year’s strongest performances. He plays Dwight without any bravado, without any hint of moral superiority; if you showed this guy Death Wish, he wouldn’t applaud, he’d wince. That’s because Blair creates a character whose crimes aren’t motivated by anger or justice so much as utter exhaustion and a desperate desire for some kind of purpose in life. The result is mesmerizing: a performance that’s pitch-perfect and heartbreaking to watch.

Hopefully, now that Blue Ruin is available on Netflix, the film can finally find a much-deserved audience. 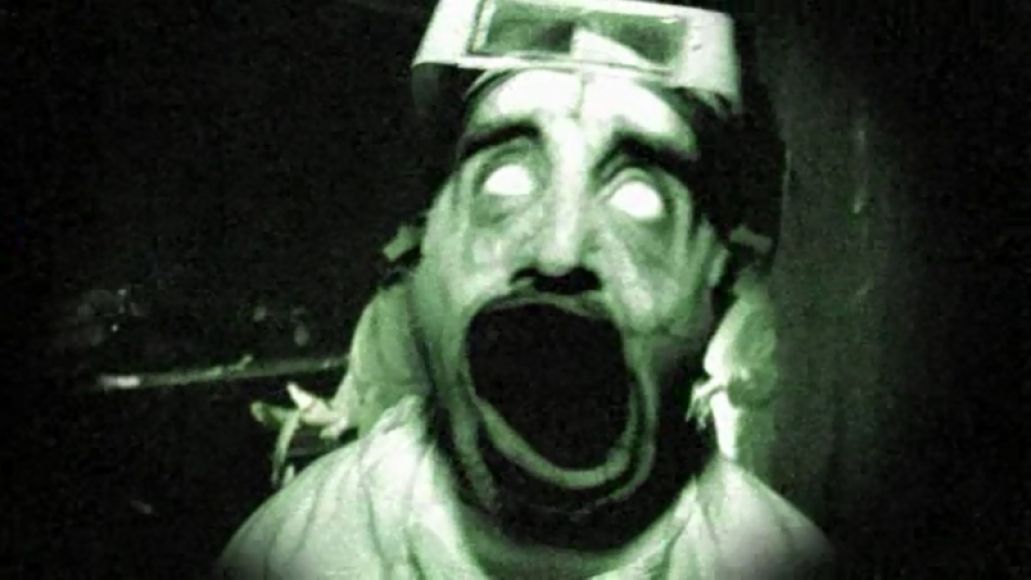 Netflix is drowning in horror flicks, many of them routine cheapies starring no-name babes or translucent D-listers. Among those is Grave Encounters, a movie I tipsily chose one midnight because it’s Rotten Tomatoes rating was barely above 50%. “Not bad for an indie horror!” I thought, queso dip dripping from my lower lip.

A cult hit in its native Canada, Grave Encounters begins as a parody of the Travel Channel’s lovable Ghost Adventures, blatantly ripping off the show’s overwrought opening, found footage aesthetic, and gelled, buffed-out (br)hosts. Its plot is something anybody who’s seen a ghost-hunting show has wondered: what if these dudes stumbled into a place that was, ya know, truly haunted? And so it goes for the first 40 minutes or so, when dread is built as it typically is during a found footage flick: circuitous arguments and shaky trips down dark hallways. And then, about halfway through, we see our first, well, thing.

It’s clear Grave Encounters was made on a shoestring, but unlike most indies, Grave Encounters finds a way to make cheap digital effects — if not terrifying — deeply unsettling. And they are cheap. I wouldn’t begrudge anyone chuckling at how the filmmakers use obfuscation and digital distortion as a means to cull screams, but as it appears onscreen, especially when viewed late at night, the effect is uncanny in its amateurism.

By the end, I wasn’t tired. I was sober, however. And when I finally did drift to sleep, I suffered honest-to-god nightmares. As any horror fan would attest, that qualifies it as a success.