Between the return of Damien Rice and a brand-new song from Grouper, this week saw fall get off to a melancholy start, even by the standards of a season whose main thing is that everything dies all the time. But the past few days haven’t all been morbid. Vince Staples cut into the mix with a timely protest song about police brutality, while Perfume Genius and Julian Casablancas weighed in heavy on uptempo surrealism. Nothing got weirder, though, than How to Dress Well’s “Repeat Pleasure” seeing the light of day again in an A.G. Cook remix. Grab something solid and sink into this week’s weird and wonderful roundup. 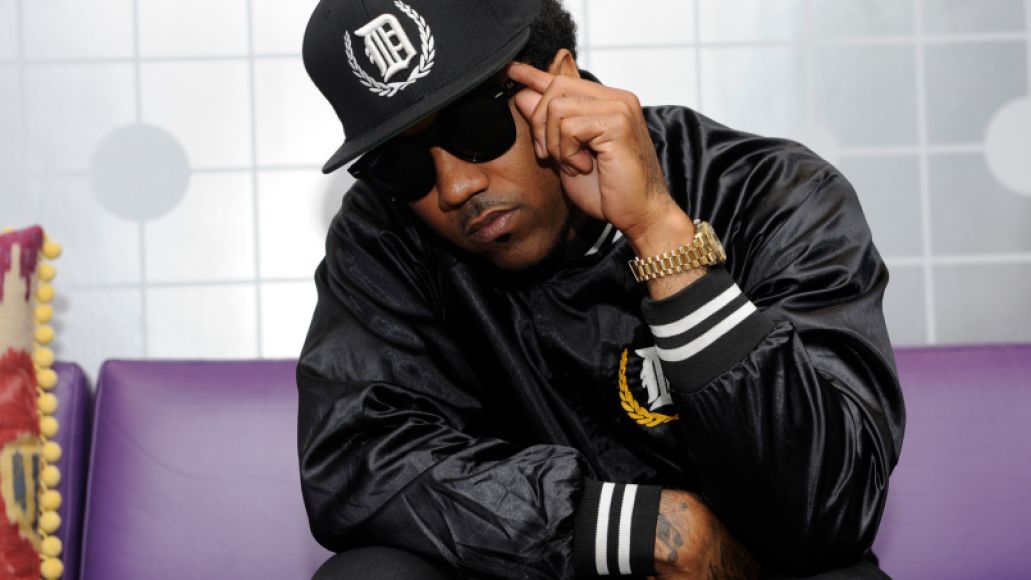 Compton rapper Problem entered Salva’s Burbank studio amped to make a banger celebrating the city’s many enduring hustlers. As Problem professes over Salva’s trap-style rhythms, the stacks just aren’t for the jet-setting lifestyle and million dollar rings: “Sister need a house, father need a house/ Brother need a house, momma need a house/ Fuck it, give me the ball, I’ll scramble/ God ain’t gave me nothin’ that I can’t handle.” Yeah, expect this one to be massive on the court, and the club, when it drops October 8th via Vans OTW Presents: What’s Good LA?. –Derek Staples 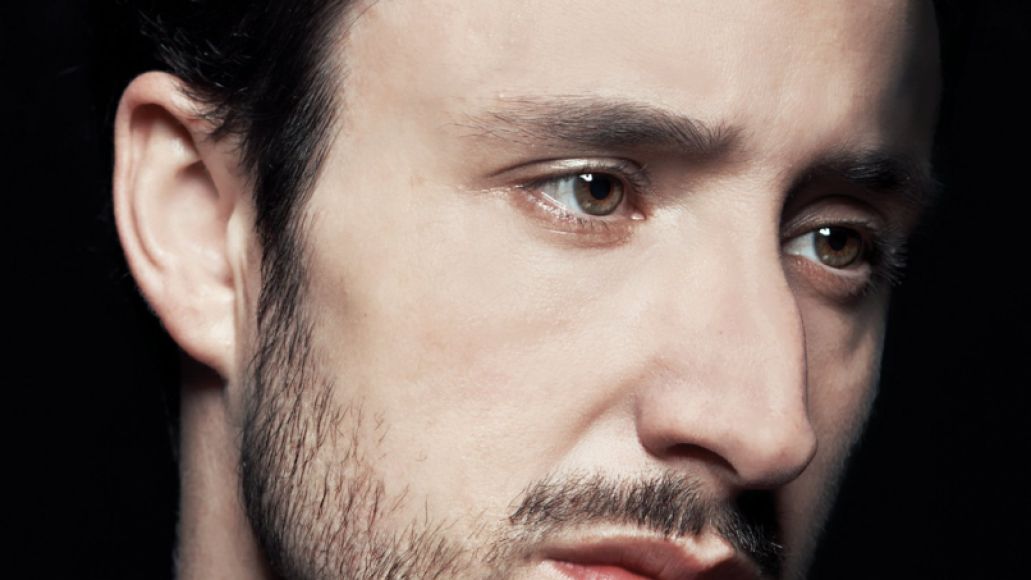 An organically catchy pop cut from How to Dress Well’s latest album, “What Is This Heart?”, gets a sickly-sweet spin from one of PC Music’s shadowy masterminds. A.G. Cook, who also makes up half of QT alongside SOPHIE, transforms “Repeat Pleasure” from a Celine Dion-level anthem into an eerie, minimalist techno track. Cook curdles Tom Krell’s voice in the remix’s opening measures, melting his falsetto down into something slimy and vile. He then guts the song’s hook and transposes the vocals onto a single, unrelenting drone. There’s also a quick clip of English-accented vocals that might be a sly SOPHIE guest spot. This is what high-stakes pop sounds like when you turn it inside out and let all its viscera glitter in the sun. –Sasha Geffen 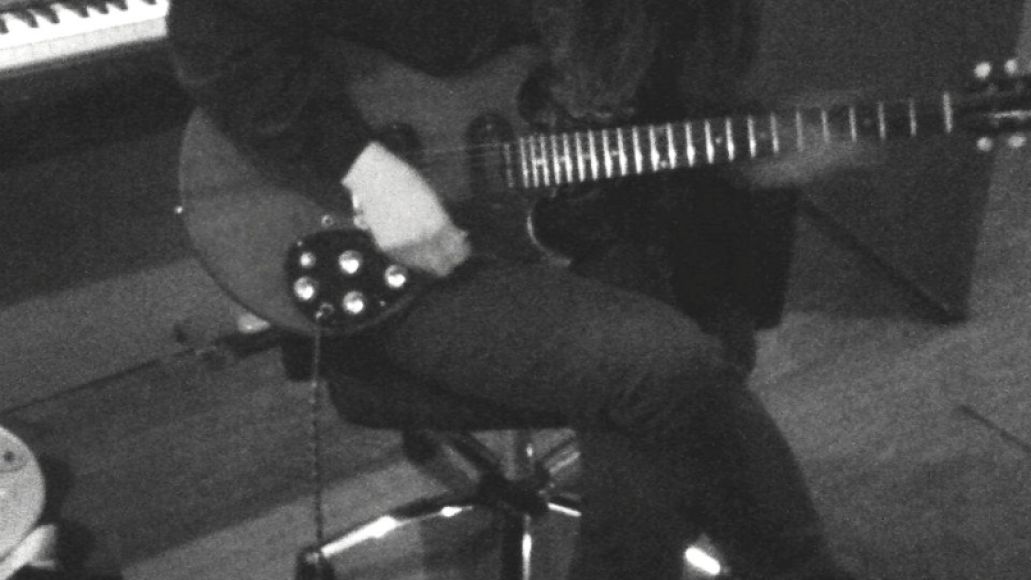 Katie Monks, frontwoman of Toronto’s Dilly Dally, sings without regard to anyone’s standards but her own, and “Candy Mountain” — where she screeches, sneers, and practically drools — proves her singularity like no Dilly Dally song before it. Off the band’s upcoming 7-inch single, “Candy Mountain” b/w “Green” (out October 14th via Fat Possum), it’s a bruiser with a booming drum intro and arcing guitar leads. Monks actually winds up in more melodic territory in the song’s second half, but her prior contortions mark the song as an inimitable force in a genre (grunge, more or less) whose contemporary practitioners often mimic the same bands over and over again. –Michael Madden 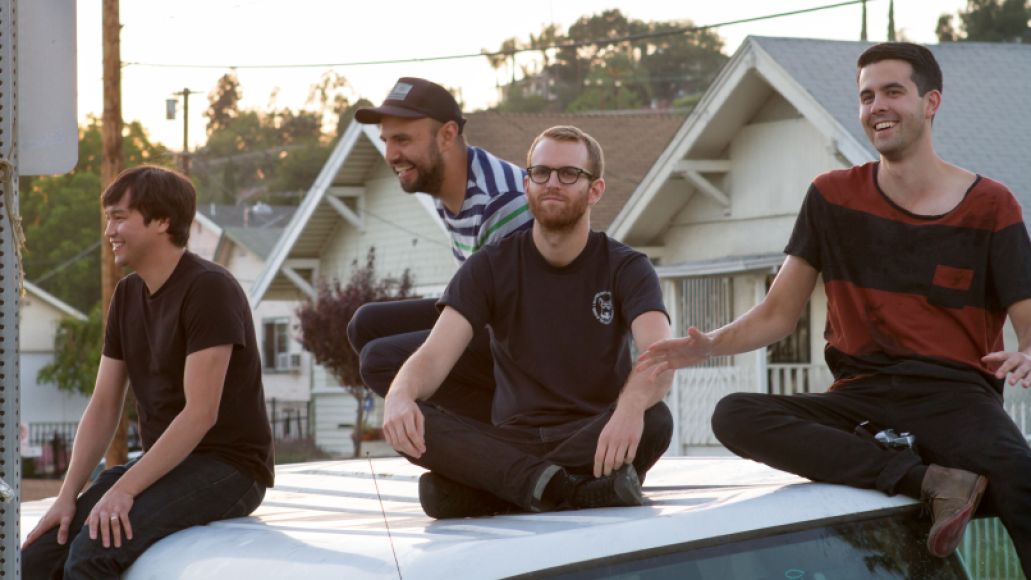 “Do I want to be with you or be alone?” wonders Francisco the Man’s Scotty Cantino, his voice howling with the weight of his situation. “Big Ideas” is the second single off the Los Angeles band’s debut, Loose Ends (out October 27th via Fat Possum/Small Plates), and it’s the kind of ripping, radio-ready alt rock song that actually has some bite and staying power. With soaring, arena-filling guitar work and Cantino’s formidable fronting abilities, look for Francisco the Man to really turn some heads with their first full-length. –Josh Terry 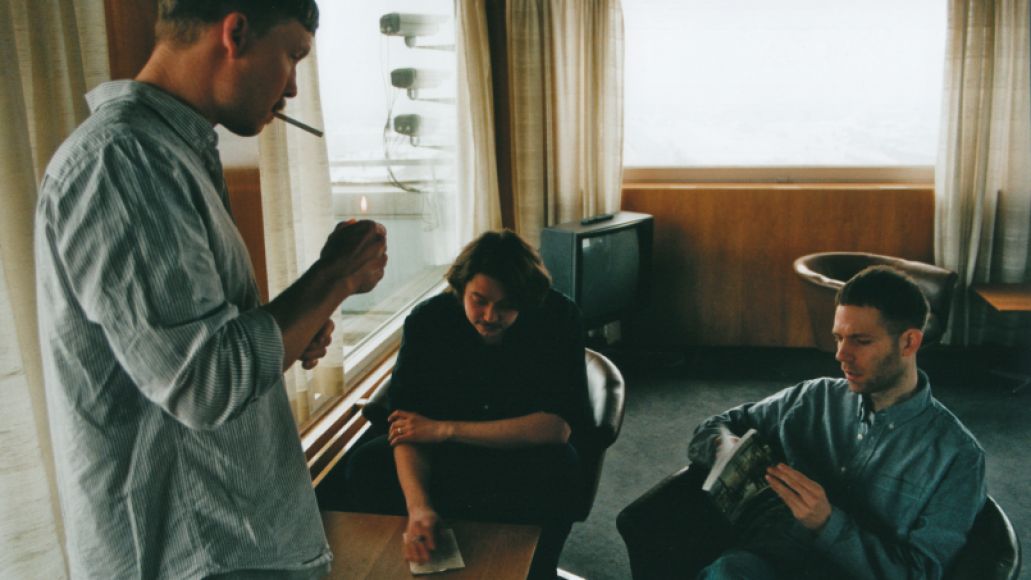 Named after a 1940s call to arms (“Death to fascism, freedom to the people”), the first fresh cut from Sweden’s The Radio Dept. in over four years avoids the dream pop whimsy that pulled many to the band during the mid-2000s. Angsty and driven, yet grounded with an innocuous instrumental break, the vibe embodies the needed characteristics of tomorrow’s leaders. The single may not make it onto an official release, but its symbolism deserves to be heard the world over. –Derek Staples

5. Julian Casablancas + the Voidz – “Where No Eagles Fly” 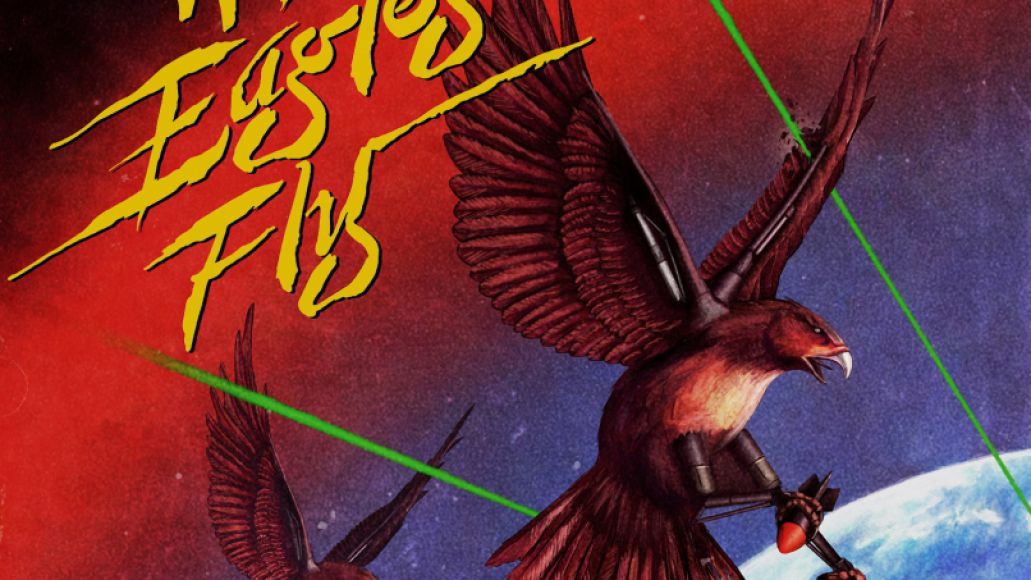 The bass line in Julian Casablancas + the Voidz’ follow-up to the 11-minute “Human Sadness” keeps trying for surf rock. It tries so hard, and it’s too flat, too acidic, too dark to even think about calling up the waves. But that’s the brilliance in “Where No Eagles Fly”; it’s stacked with failure, contradiction, and straight-up blasphemy. Brought into the world via a bizarre video that looks like it was cobbled together from decayed VHS tapes, this rough post-punk snippet sees Casablancas shift from an artificially casual delivery to a forced scream to a coda that’s just about the catchiest thing you’ll hear all week, all in a span of less than four minutes. The Strokes frontman turns rust into sugar the second you turn your head the other way. –Sasha Geffen 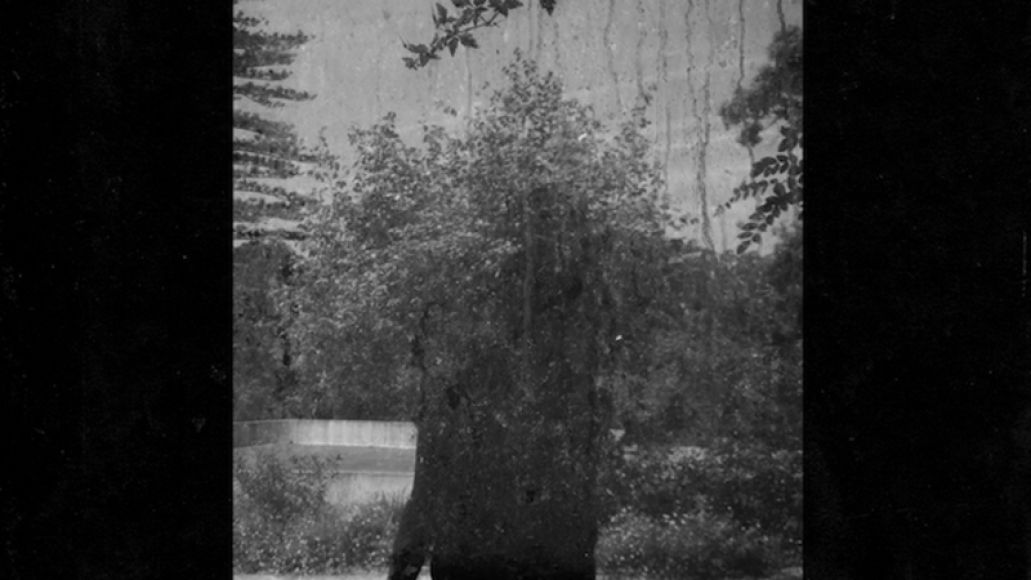 In the ambient world of Liz Harris’ Grouper, “Call Across Rooms”, recorded in Aljezur, Portugal, registers as a power ballad. Its upright piano is like a child tiptoeing downstairs in the middle of Christmas night to peak at gifts, but that’s not to say it’s cheerful. Harris’ voice here, as with other Grouper songs like “Living Room” and “Traveling Through a Sea”, is unintrusive but unignorable. She sings amid her signature fogginess, except this time her longing is more pointed, a sadness with more hope in it than the arrangement indicates on its own. Ruins is out October 31st via Kranky. –Michael Madden 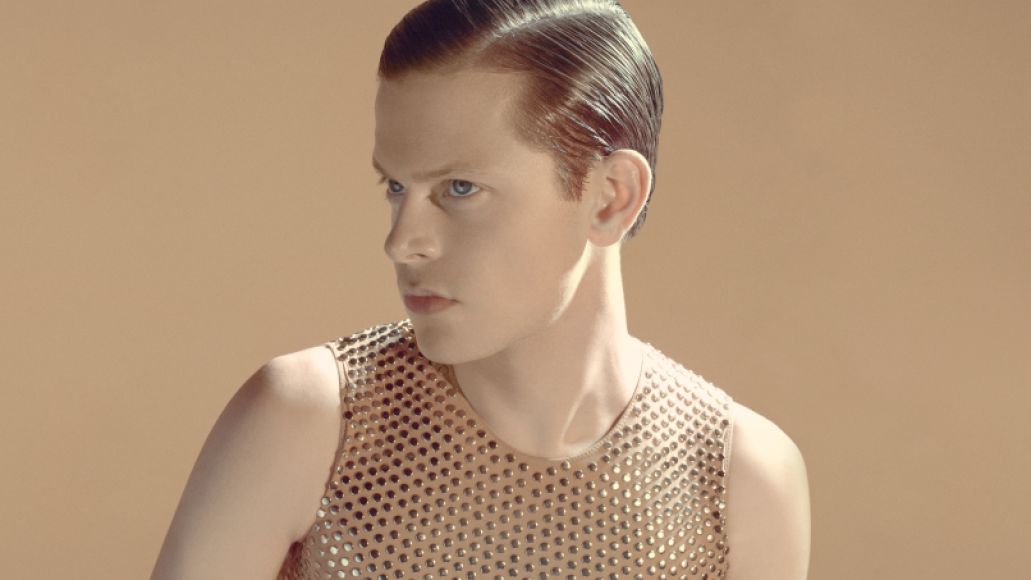 Where Mike Hadreas’ 2012 album as Perfume Genius, Put Your Back N 2 It, was a quietly introspective, piano-based effort, his forthcoming Too Bright promises to be maximalist in its approach but just as darkly brooding. Out September 23rd via Matador, the album features “Grid”, a song that holds a lot of tension, be it against inner demons or outer obstacles. Over a hypnotic, low-grain synth loop, Hadreas softly croons over the ominous arrangements. There’s backing yelps and chants that feel straight of out Yeezus, plus an industrial rock vibe that’s deeply unsettling. It’s as if Hadreas is now taking his cues from Nine Inch Nails or Marilyn Manson instead of Antony and the Johnsons, and it works. –Josh Terry 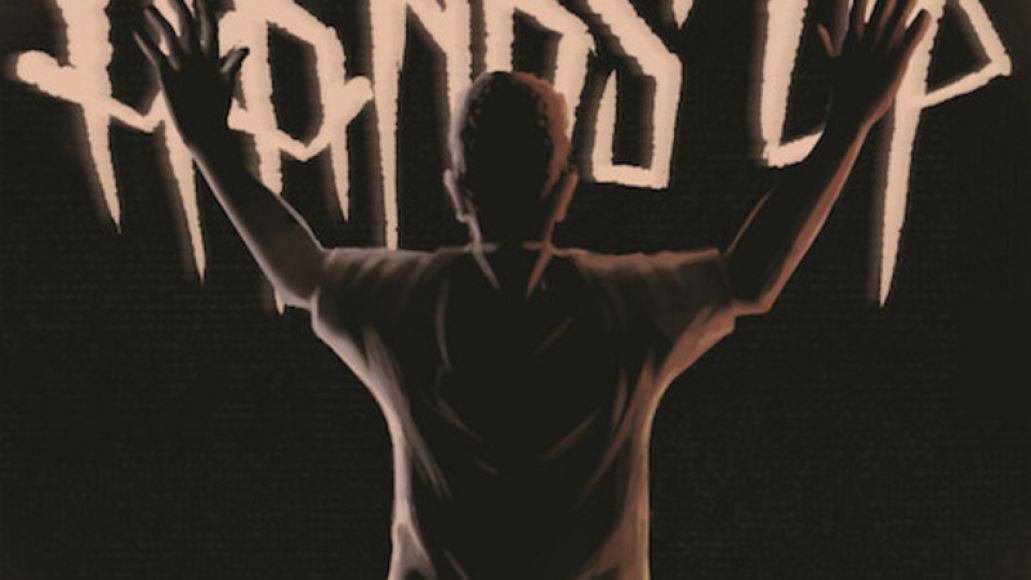 “Hands Up” is a straight-no-chaser protest song in which Long Beach’s Vince Staples raps like he can make a difference. Rather than mention Michael Brown, Darren Wilson, or Obama, the 21-year-old plots a spectrum in which figures both distantly historic (Black Panthers Huey P. Newton and Bobby Seale) and relatively low-key (Deangelo Lopez and Tyler Woods, robbery suspects gunned down by police in California last year) are all victims. The urgency is most pronounced during the grim pump-fake of the chorus (“Put your hands in the hair/ Nigga freeze, put your hands in the air”), but Vince sells every line in his verses, too. His Hell Can Wait EP is out September 23rd. Spotify users can listen in below. –Michael Madden 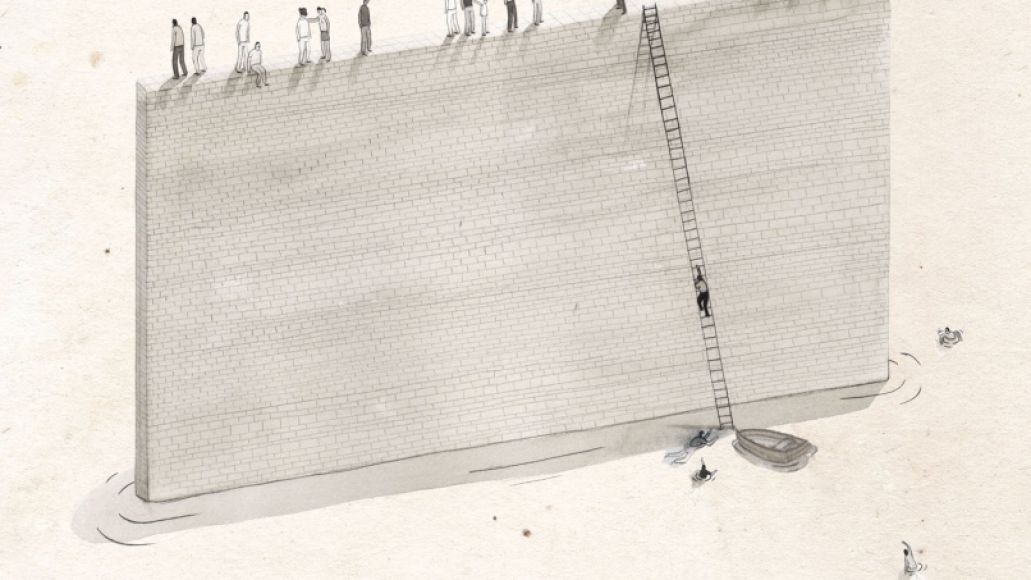 After listening to the six minutes of “My Favourite Faded Fantasy”, from the first new album from Irish singer-songwriter Damien Rice in eight years, it’s safe to say that fans will be alright if he takes the same amount of time for his future efforts. The lead single off the titular album, it finds Rice reaching the delicate falsetto range of his voice, full of mournful emotion. Rice has been so successful because he’s carefully perceptive of heartbreak and loss, approaching his music with the sensitivity and scope his subjects demand. Even with the time off, he continues his career-long arc of making sadness beautiful. My Favourite Faded Fantasy is due out November 11th. –Josh Terry