On October 13th, U2 will release Songs of Innocence in CD and vinyl formats, complete with bonus tracks, demos, and new album artwork. For the latter, the band is using a black and white photograph of drummer Larry Mullen Jr. embracing his 18-year-old son.

According to a message on the band’s website, the artwork was inspired by the covers for 1979’s Boy and 1983’s War, both of which featured the face of a young child.

Bono said, “We’ve always been about community in U2, about family and friends. Songs Of Innocence is the most intimate album we’ve ever made. With this record we were looking for the raw, naked and personal, to strip everything back.” He added, “holding on to your own innocence is a lot harder than holding on to someone else’s.”

That’s a great story and all, but honestly, I prefer the alternate artwork, which is even more raw, naked, personal, and brutally honest… 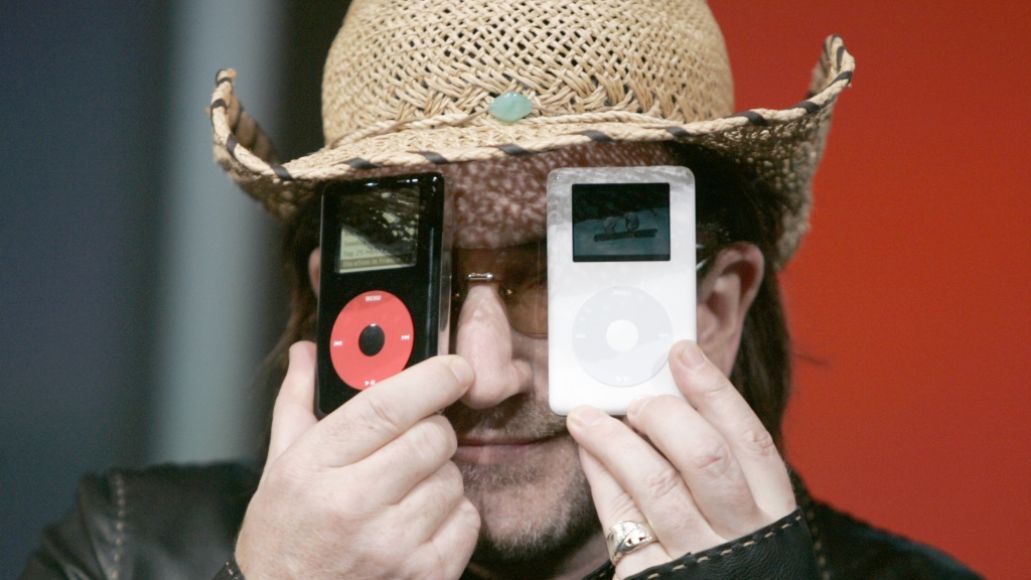