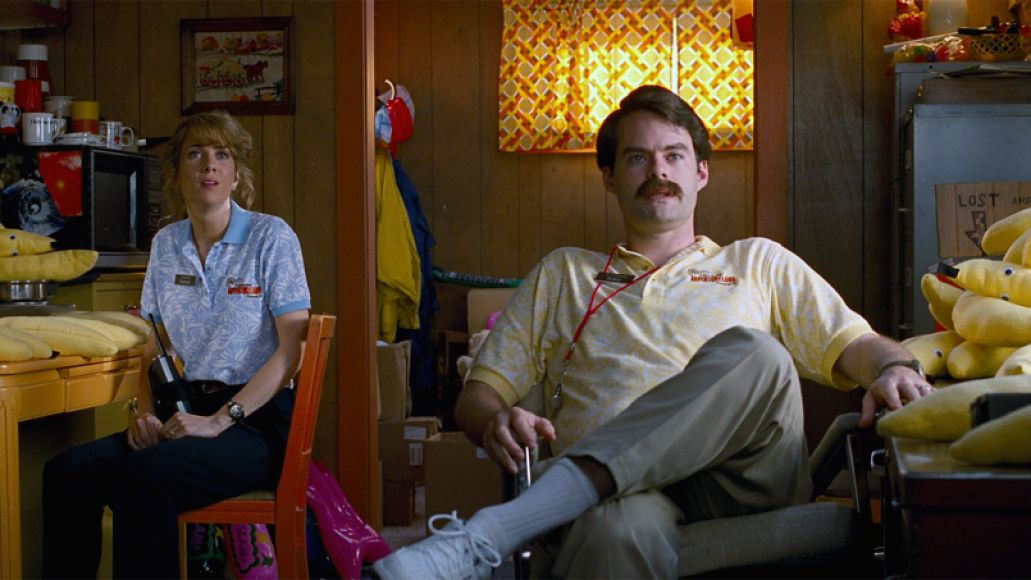 Even five years after its release, it’s still hard to get people to watch Adventureland sometimes. Everybody got all excited about Greg Mottola’s follow-up to the generational classic Superbad, and many were disappointed, leading to it receiving the seriously undeserved status of “well, it’s okay I guess, but not as funny as Superbad.” But for all the discussion at the time of that film’s release about its place in the John Hughes tradition, Adventureland feels ripped straight from Hughes’ prime filmmaking years, a chronicle of youth that’s a little more addled and a little angrier than they used to come, but still affecting as hell. And seriously, it has one of the best soundtracks in recent film history.

The story of James (Jesse Eisenberg) and his shitty summer theme park job after finishing college in 1987, the film unfolds in the listless rhythm of bored young adult summers, when the simple listlessness of high school is gone and the realities of the “rest of your life,” however we want to parse meaning from that, have yet to set in. As James falls in love (more than once), learns a thing or two about deceptive friends, and drinks and smokes his way through a hazy summer constantly set to the tune of “Rock Me Amadeus”, Adventureland emerges not as a bawdy laugh riot, but a gently funny portrait of smart people in the middle of one of the most transitional periods they’ll ever live through. –Dominick Mayer 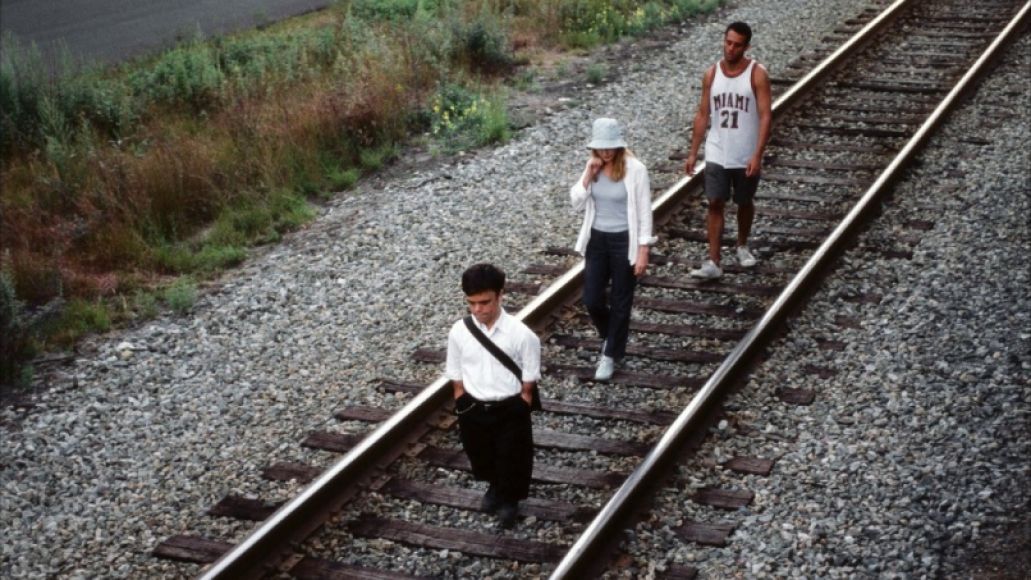 We’ve only been running the TV Party feature for two weeks and already we have two movies centering on an upcoming Adam Sandler movie. (FYI: Dom covered Funny People last week.) In addition to starring in Men, Women, & Children, Sandler will also be taking lead in Tom McCarthy’s The Cobbler, which brings us to my recommendation for this week.

McCarthy’s first film as a director is The Station Agent, a quiet movie that could have fallen into the familiar beats of other quirky comedies but never does. Much of this has to do with the confident direction and writing of McCarthy, but it’s hard to imagine the movie with a different lead. Peter Dinklage is Fin, a man who feels uncomfortable around others due to his dwarfism.

After moving to an old train depot he has inherited, his guard is slowly stripped away thanks to an infectious Joe (Bobby Cannavale), a troubled Olivia (Patricia Clarkson), a young Cleo (Raven Goodwin), and a beautiful librarian (Michelle Williams). Fin learns that he isn’t the only one with problems and discovers he can actually help others with theirs. It’s the role that set Dinklage on the career-making path to Game of Thrones fame and kick-started a solid career for McCarthy (see also: The Visitor). 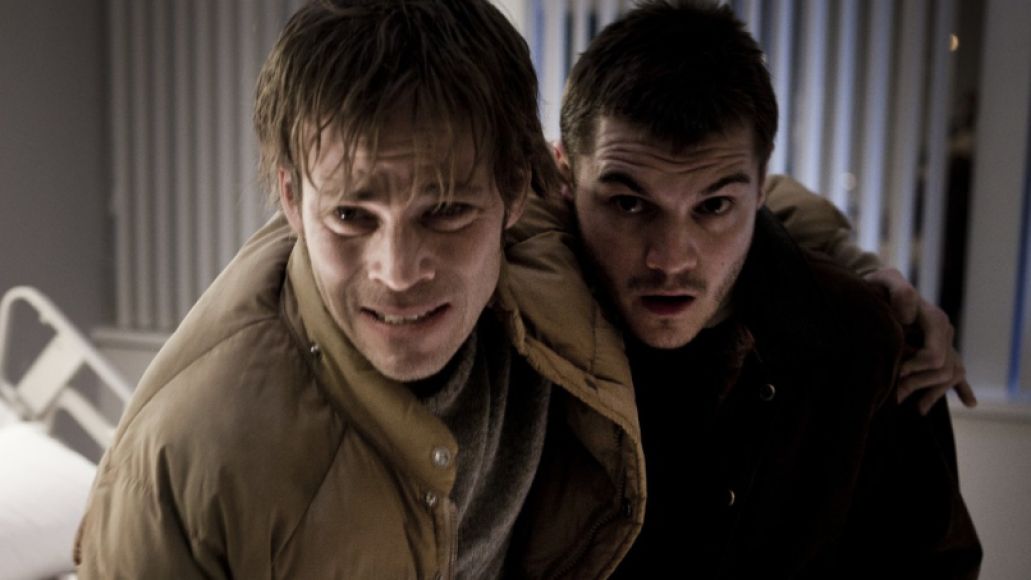 I love and hate it when great films go under the radar. The left-field surprise is always a delight, but it’s also depressing knowing that the film played to no one. With The Motel Life, it’s an intriguing situation. In 2012, the film premiered at the Rome Film Festival and won the Audience Award, Best Screenplay, Best Editing, and the Critics Award. However, a year later, it received little to no fanfare when it finally hit select theaters and Video on Demand, which is quite a shame because it’s a great small film with big performances.

Directed and produced by brothers Alan and Gabriel Polsky, The Motel Life is a tight 90-minute thriller about two drifter brothers with a sordid past who are thrust into an unfortunate situation regarding a hit and run. If that sounds familiar, you might have read the book it’s adapted from: Willy Vlautin’s 2006 debut novel of the same name. To their credit, screenwriters Noah Harpster and Micah Fitzerman-Blue bring justice to Vlautin’s pages, though it’s Emile Hirsch and Stephen Dorff who elevate this from a forgettable indie offering to something worth pursuing.

The two actors have an unbelievable chemistry that will bring tears to anyone who grew up close with their siblings. Throughout the film, the alcoholic Frank (Hirsch) regales his one-legged older brother Jerry Lee (Dorff) with outlandish stories that are all brought to life through gorgeous animated sequences by Mike Smith. These segments become the crux of the film and come to represent a unique bond between the two characters that’s heartwarming and quite accessible. So, if Bill Hader and Kristin Wiig are too quirky for you this weekend with The Skeleton Twins, consider this your rocky trip home. 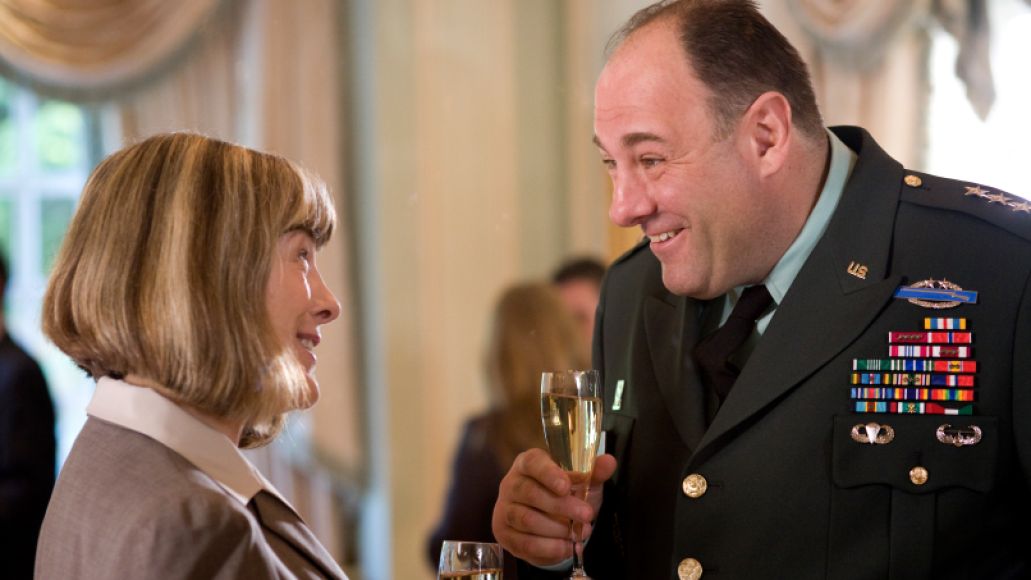 Looking back at James Gandolfini’s career since his passing away in 2013, people forget that he was capable of sincerity, sweetness, affability, and most unusually, a sense of humor. In the Loop was a killer-crass political farce from In the Thick of It and Veep’s Armando Iannuci, and Gandolfini was in especially rare form as an “armchair general” with a mercenary mouth. With his farewell role in The Drop hitting this Friday, enjoy one of his less remembered great roles.

In the Loop isn’t about anything, arguably, but rather it’s a series of jabs at diplomatic, governmental idiocy. Gaffes, leaks, egomania. It’s a communications staff nightmare of absurd proportions. Gandolfini is Lieutenant General George Miller (what an ostentatious title!), an American politico in the midst of negotiations with the British government. Miller can take it and dish it. He’s called “General Flinstone” by the infamous Malcom Tucker (Peter Capaldi in a seminal role). In that same moment, Miller can call someone a “squeezed dick” and be menacingly comical. It’s a great, big laugh.

Look, if this all sounds like ego-centric farce, then don’t take my praise for it. Just consider this exchange from Gandolfini as an access point:

Malcolm Tucker: Oh, that’s nice. That’s really tough talk coming from the Armchair General. Put your feet up on a pouffe and go back to sleep, why don’t you.

Lt. Gen. George Miller: Look, Tucker, you might be some scary, little poodle fucker over in England, but out here you’re nothing. You know what you look like? A squeezed dick. You got a big blue vein running up your head all the way to the temple. See, that’s where I’d put the bullet. Only I’d have to stand back ’cause you look like a squirter. 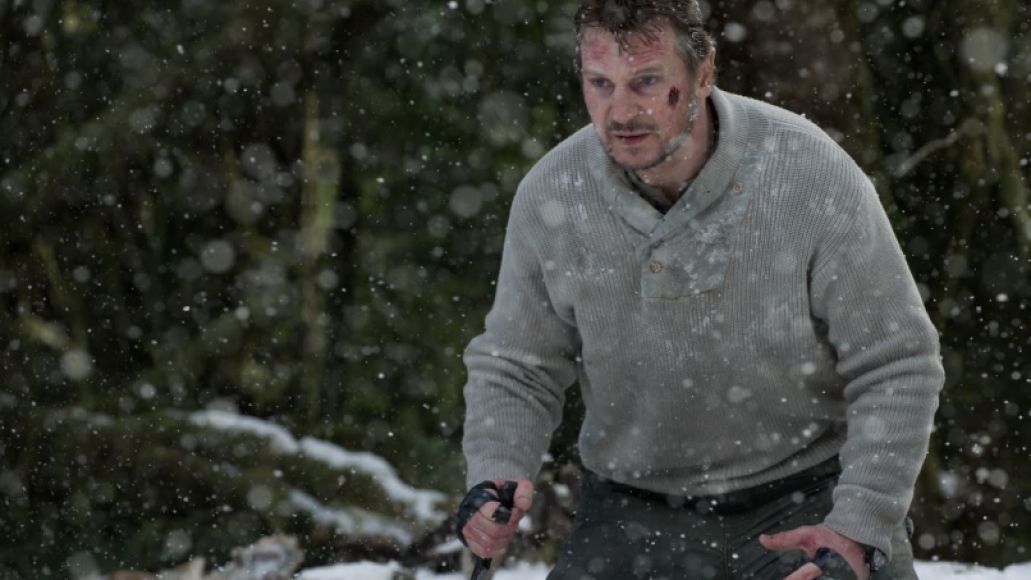 For the majority of folks who hated The Grey upon its release, I extend this olive branch. It’s not your fault. The ads got you psyched for Taken with Wolves, and you got blueballed by the lack of wolf-punching. You weren’t expecting a heartbreaking depiction of man owning up to mortality against unbeatable odds. You didn’t get a babysitter for a tone poem about humanity that hits like the nightmare flipside of The Tree of Life. The Grey doused your bloodlust in a cold, hypothermic shower, and I don’t blame you. The studio blew it. Not just with the ads, but especially by dumping it in February. Had this come out in November, it could have been treated like Oscar bait, because it was the best film of 2012. But whatever your opinion, take my word: it’s better the second time around.