Formed in Glasgow in 1996 by Stuart Murdoch and Stuart David, Belle and Sebastian quietly became one of the most critically acclaimed indie pop acts ever. From playing a couple songs at cafes in Glasgow’s open mic scene as otherwise unemployed musicians to being festival headliners and indie darlings, the road to success wasn’t exactly seamless, but it was almost always compelling.

With the band’s entire vinyl catalog reissued and out today and their forthcoming ninth studio effort, Girls in Peacetime Want to Dance, due out January 20th, we’ve decided to rank all of the band’s studio albums, from 1996’s Tigermilk to 2010’s Write About Love. And it wasn’t easy. It was a nostalgic task rife with moments of rediscovering the band’s quiet melancholy and precious wit and recognizing that their output has been remarkably solid over the years, despite some minor setbacks. More importantly, we realized that even after nearly 20 years together, Belle and Sebastian still feel incredibly vital.

We’ve decided to skip the 2005 singles compilation Push Barman to Open Old Wounds, which included the EPs Dog on Wheels, Lazy Line Painter Jane, and 3.. 6.. 9 Seconds of Light along with other singles. While that release is pretty much essential for any Belle and Sebastian fan, instead, this list will just rank bonafide studio albums.

That said, pour yourself some coffee (or a nice cup of tea), stare wistfully out the window, and count down from worst to best through the discography of Scotland’s defining indie pop band. 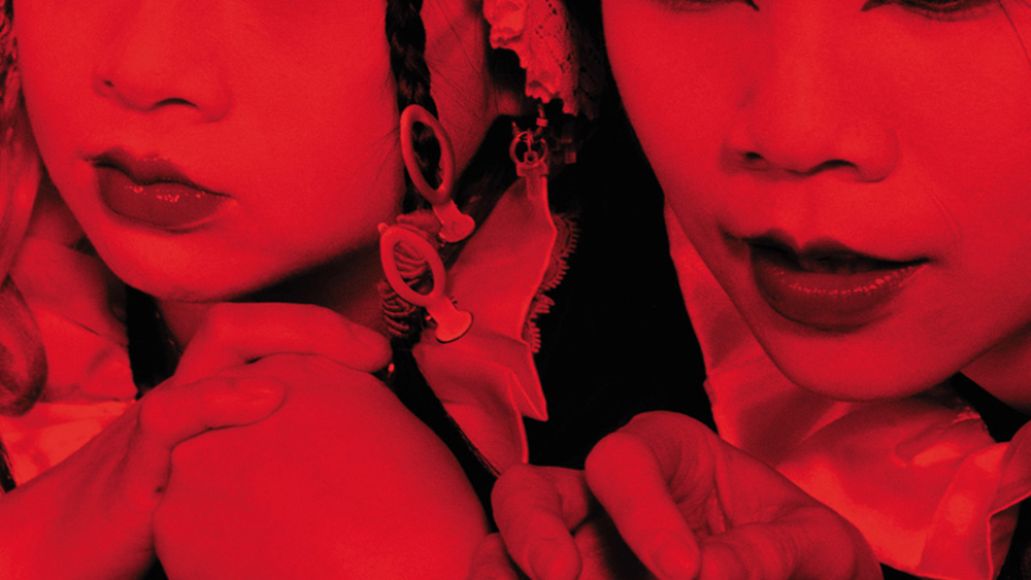 Director Todd Solondz was looking to make a three-part anthology on the themes of fiction, non-fiction, and autobiography when he filmed Storytelling, but what he released was a pretentious arthouse film that saw Dawson Creek’s James Van Der Beek getting it from behind. Fans hoping for the best found themselves grimacing through the heavily-censored and laughably un-PC scenes, particularly because only six minutes of Belle and Sebastian’s score was used come the finale.

Even though there’s some gorgeous string arrangements and playfully lethargic piano — not to mention the intricate dance between trumpet and harp on “Consuelo” — Belle and Sebastian were doomed from the start on this one. Stuart Murdoch stepped down from the songwriter stool for an egalitarian move. The title track is the closest we get to a normal cut from the band, but even then it’s gripping our arms too tight as we skip across the yellow brick road with our Scottish pals. Without him in the frontseat, hits are hard to find. There’s so much filler, as soundtracks tend to have, that when a song rolls around that’s mildly decent like “Wandering Alone”, your ears perk up — because anything that’s got a hook is better than nothing. –Nina Corcoran 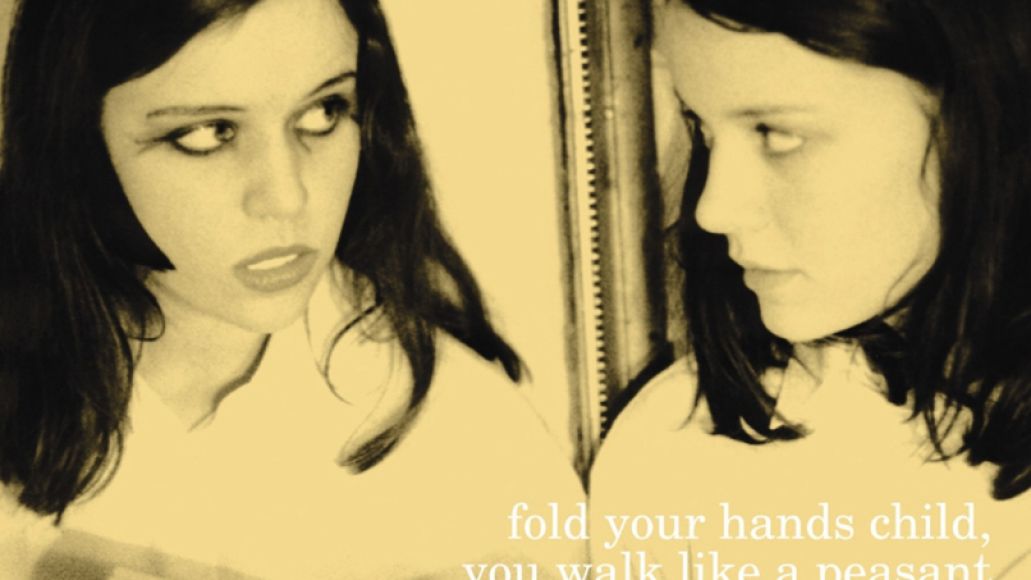 In the context of Belle and Sebastian’s discography, this one holds a weird position. Riding high off of their first three albums, it was actually their best charting album in the UK until The Life Pursuit. However, it is (somewhat unfairly) held in less esteem amongst some fans. While the songs may not be as gripping or catchy as their earlier releases, all of the songs feature beautiful orchestral accompaniment. “The Wrong Girl”, in particular, is a great example of Belle and Sebastian’s knack for combining uplifting music with sobering lyrics: “The wrong girl … The wrong hand to be holding … The wrong dream to have in mind.” Meanwhile, “I Fought in a War”, a very Arthur Lee-esque song, weaves a dark tale of wartime woes complete with two trumpet solos that evoke Forever Changes by being both bleak and triumphant at the same time. It would later soundtrack the controversial BBC documentary The Power of Nightmares. –Stevie Dunbar 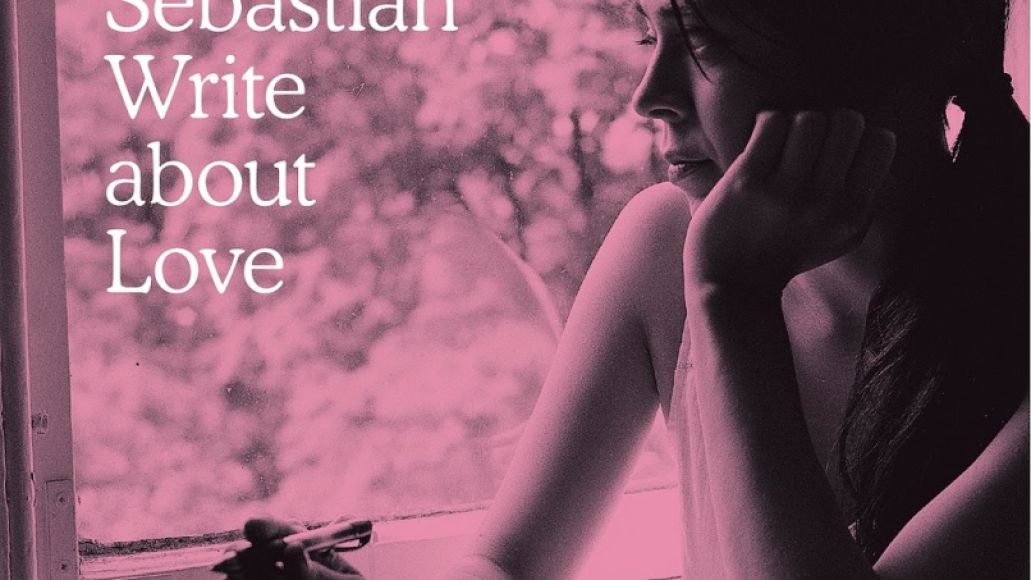 Coming four long years after The Life Pursuit, Write About Love felt in many ways like a reminder for fans that the band was still alive and well. If there were any doubts, opening track “I Didn’t See It Coming” — with its soft piano and sneaky sense of repetition — smash that notion to bits. Aside from the slow-building “I Want the World to Stop” and the bouncy, Stevie Jackson-penned “I’m Not Living in the Real World”, Write About Love is relatively forgettable in comparison to essentials like If You’re Feeling Sinister. But as a standalone record, it’s a fine example of Belle and Sebastian’s strong suits released during a time in which we may have forgotten exactly what those were. –Dean Essner 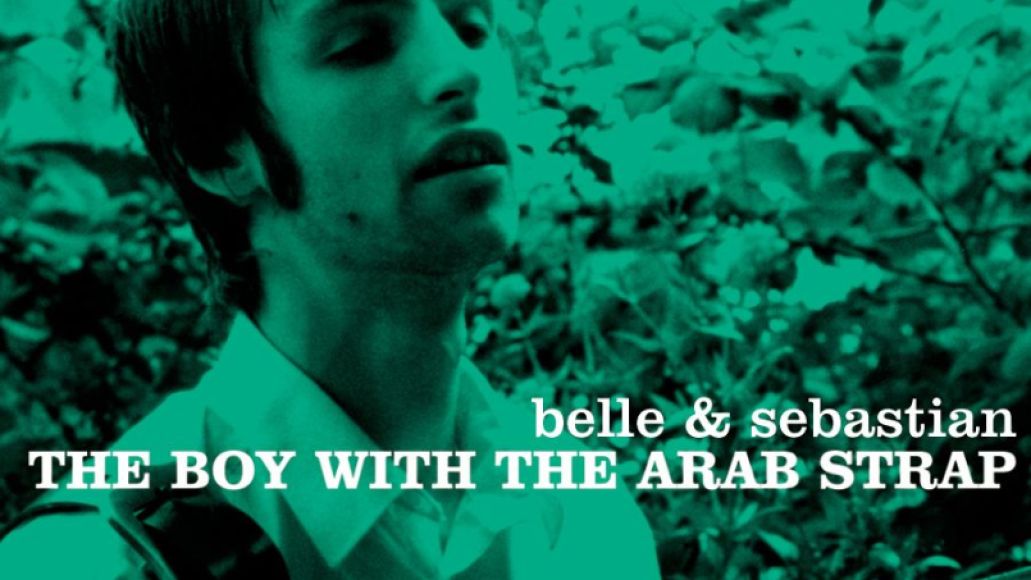 After the release of If You’re Feeling Sinister, an album almost universally lauded by critics, Belle and Sebastian were in a precarious position to deliver on a follow-up. The result, The Boy with the Arab Strap, is still strong but slightly less cohesive. For one, Murdoch, while at the forefront for most of the album, takes a step back for three songs, letting guitarist Stevie Jackson sing lead on gorgeous highlight “Seymour Stein” and “Chickfactor” while Isobel Campbell helms “Is It Wicked Not to Care?”. These experiments are largely successful, save for moments like the spoken-word “A Space Boy Dream”, which doesn’t quite land, especially with its out-of-place guitar jam. Even with the occasional blunder, The Boy with the Arab Strap is still a really solid album with the lilting stunner “Ease Your Feet into the Sea”, the whimsical “Dirty Dream Number Two”, and its witty, self-aware opener, “It Could Have Been a Brilliant Career”. –Josh Terry 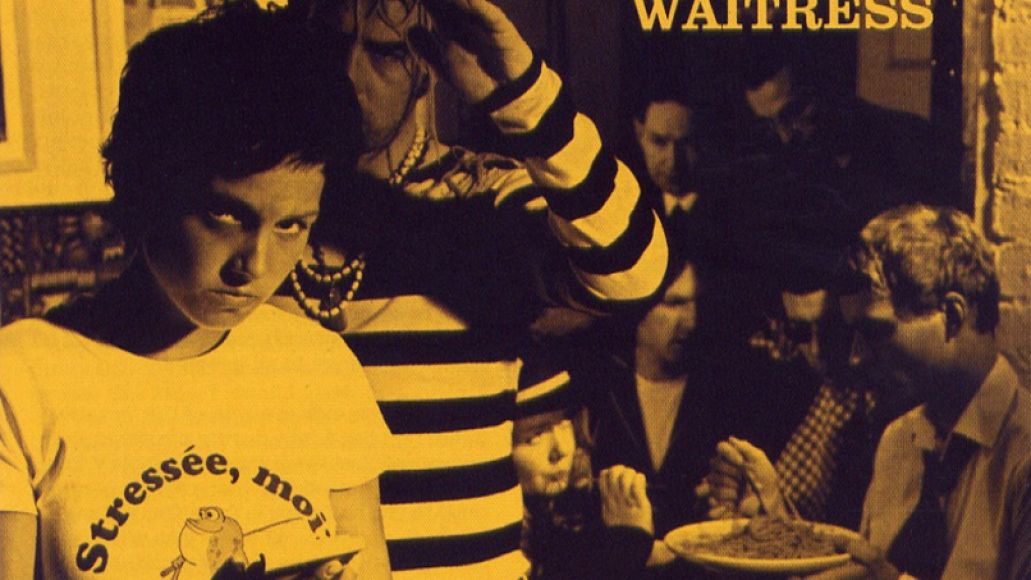 When Belle and Sebastian released Dear Catastrophe Waitress in 2003, folks were scowling at the tweeness of the band, questioning their longevity and placing bets on when their indie foothold would slip. The cheekiness of opener “Step into My Office, Baby” feeds into the title track so smoothly, though, that it’s hard to argue the band was just a sugary trend. All Storytelling mishaps were behind them. Although they clearly stepped into a world of cleaner production and radio-friendly structure, Belle and Sebastian were proving their critical acclaim a worthy tag once again.

Stuart Murdoch’s misanthropic lyrics contrast the band’s fierce instrumentation with the type of savvy songwriting that forms hit after hit, from sonic throwbacks (“Wrapped Up in Books”) to Thin Lizzy-inspired singles (“I’m a Cuckoo”). “Piazza New York Catcher”, possibly their biggest song thanks to Juno, lent a look through the keyhole at a Metz star’s sexuality and, simultaneously, their softer side in a brilliant combination of content and context. By the time closer “Roy Walker” starts up with near-perfect harmonic accord, their charming grins in a period of possible instability give us faith in the endurance of Glasgow’s sunniest troop. –Nina Corcoran 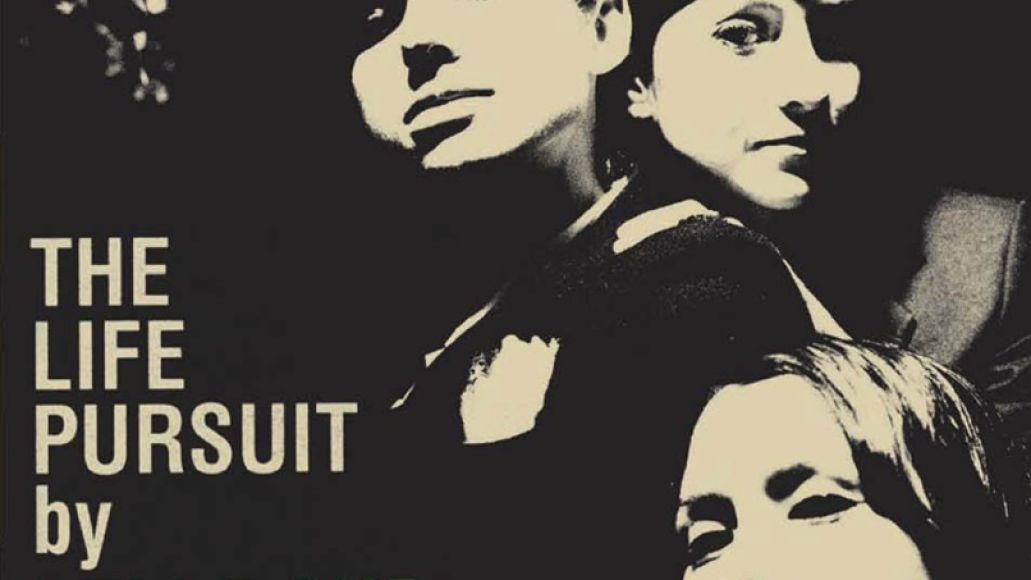 Somewhere along the way, Belle and Sebastian decided to forgo their lo-fi roots and reach for the weird middle ground between twee and indie arena. Dear Catastrophe Waitress had some of those moments, including the spiny guitar solo to “Stay Loose”, but The Life Pursuit is where they dove right in with big and bold production. Oddly enough, it’s also their most diverse album. “Another Sunny Day” brings in country twang with a twinkling piano subtly hanging out in the background while “White Collar Boy” is an obligatory tip of the hat to glam rock. It also might be their most upbeat album with “We Are the Sleepyheads” being anything but sleepy while featuring a phased-out smash of a guitar solo that would make Hendrix proud.

Lyrically, Stuart is still playing the role of the bookish and confused romantic, though there is an air of confidence and (as always) humor that permeates throughout the album. “Sukie in the Graveyard” weaves a beautifully dark and humorous story of a girl who had an “A1 body and face to match” and “a slut slave and his name was Dave.” All delivered in typical cheery aplomb. Later on, in “Funny Little Frog”, he praises his partner, stating, “Honey, loving you is the greatest thing/ I get to be myself and I get to sing,” but later on mentions,“I don’t dare to touch your hand/ I don’t dare to think of you in a physical way.” It’s also hard not to crack a smile when he gives a shout-out to “The State I Am In”. However, little Stevie Jackson may of said it best in “To Be Myself Completely”: “Though we say goodbye and wonder/ What’s to know and who’s to blame/ But to be myself completely I will love you just the same.”

In the end, however. this album will always just remind me of warm summer nights when I was still in high school. Relentlessly catchy and funnily relatable, it will always have a special place in my heart. –Stevie Dunbar 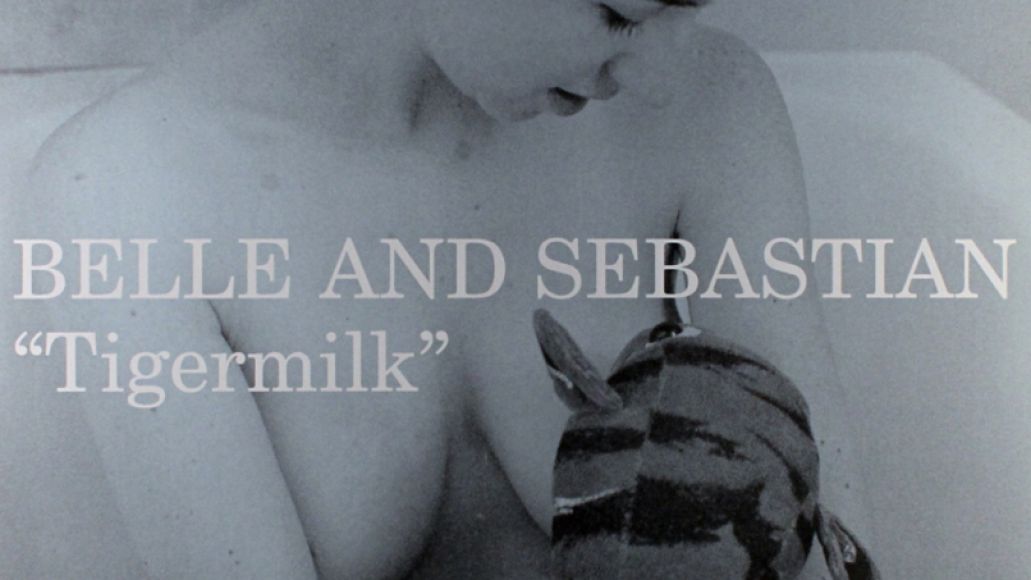 The product of a music business class drummer Richard Colburn was taking at Stow College in Glasgow, Tigermilk was originally pressed on just 1,000 vinyl records and was largely unheard until its 1999 reissue. Recorded in just five days, the album hardly feels rushed and is instead a resoundingly confident opening statement. An album full of acoustic guitars, whispery vocals, and bubbling melodies, it’s the perfect introduction to the band. Opener “The State I Am In”, which remains one of the band’s best songs, features Murdoch’s unassailable humor when he sings lines like “My brother had confessed that he was gay/ It took the heat off me for a while” in complete deadpan. Other songs, like the buoyant acoustic guitar bounce of “She’s Losing It”, the jangle-pop rumble of “I Don’t Love Anyone”, and the trickling pianos and vocal interplay between Murdoch and Isobel Campbell on closer “Mary Jo” also stand among the finest of their catalog. Rarely do bands find themselves right away, and it’s a document of Belle and Sebastian at their near best. –Josh Terry 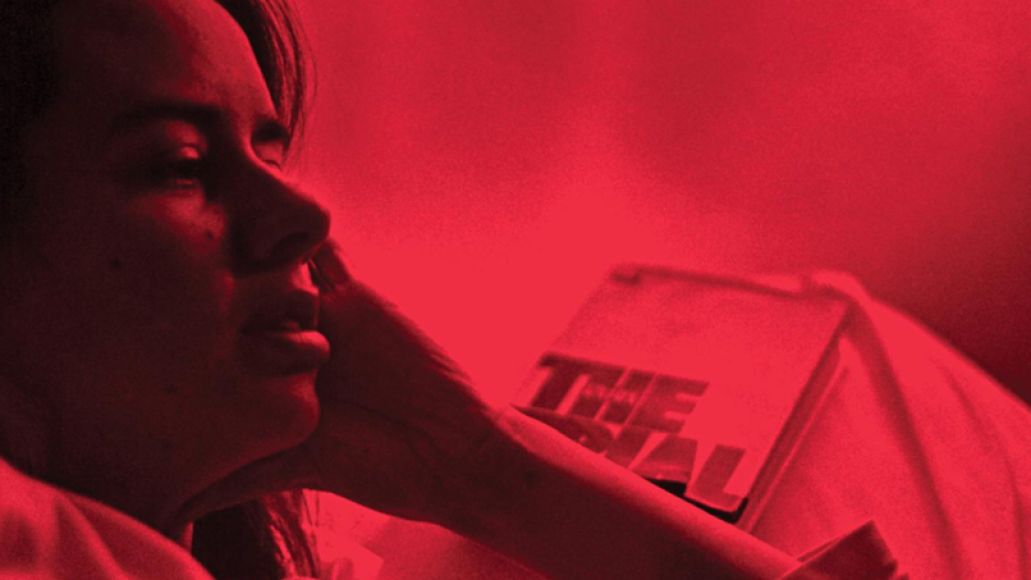 “Serene” is an adjective that’s thrown around in music writing a lot, but the opening few moments on If You’re Feeling Sinister — the gorgeous, devastating title track from Belle and Sebastian’s best album — fit the connotation to a tee. First there’s the vague white noise sample of children playing on a playground off in the distance, then some shimmering electric guitar, and then finally a breezy folk shuffle that picks up the low-key chaos and thrusts it into place. It’s what the morning routine feels like: lifeless, dull, and methodical. We’re not on that playground anymore, and that’s never going to change. But there’s something oddly OK about that.

If You’re Feeling Sinister is both emotionally timeless and conceptually time-oriented, focused mainly around those weird pangs of nostalgia we feel for grade school (“The Stars of Track and Field”), impractical, innocent dreaming (“Judy and the Dream of Horses”), and cultural relevancy amongst the young and hip (“Me and the Major”). But still there’s a special kind of playfulness on the record that juxtaposes brilliantly with Stuart Murdoch’s sullen, self-aware lyrics. To some capacity, Belle and Sebastian succeed in recreating such a duality. Tigermilk, The Boy with the Arab Strap, and Dear Catastrophe Waitress all contain flashes of it. Yet, If You’re Feeling Sinister is the band’s definitive release because it’s a beautiful compendium of so many emotions filtered through Murdoch’s tongue-in-cheek descriptions of the minutiae around him.

Ranking: Belle and Sebastian From Worst to Best