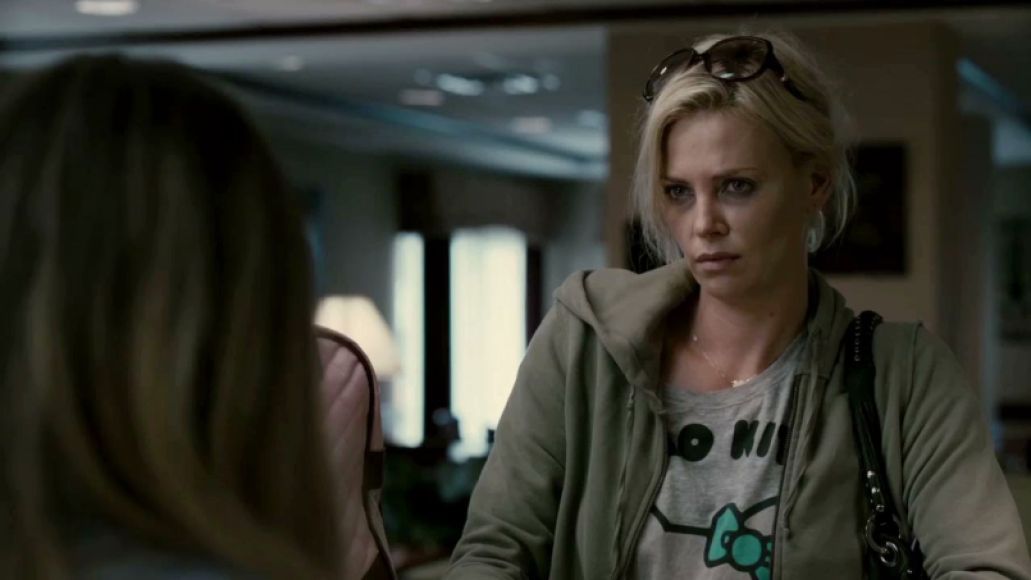 Now that Jason Reitman’s Men, Women and Children has hit theaters, we’ll all soon know if he’s recaptured his filmmaking mojo after the bizarre, ill-fitting Labor Day. In the meantime, this is as good an opportunity to remind you that Young Adult, his previous film before that one, was one of the best and most slept-on movies of 2011. A savage character study that tests the boundaries of how completely horrible a film’s pro/antagonist can be before the film becomes too uncomfortable to watch, Young Adult explores the idea of what would happen if the prom queen at your high school stayed the same catty, awful person she was at 18, even well into her 30s.

As Mavis Gary, Charlize Theron gives a layered, fantastic performance as a YA writer of Gossip Girl-esque books who’s lived inside a prison of her own insecurities for so long that she barely resembles a human being, or knows how to interact with them. When she has to return to her suburban Minnesota hometown, with intentions of stealing away her high school flame (Patrick Wilson) from his wife and newborn child, the film chronicles Mavis’ woefully belated growing pains. With a slew of great turns (including Patton Oswalt’s overlooked performance as a bullied former classmate of Mavis’), Young Adult isn’t for those who can’t take their dark comedies with a thick dose of cringe-inducing awkwardness, but to date it’s Reitman’s actual masterpiece.

Invasion of the Body Snatchers (1978) 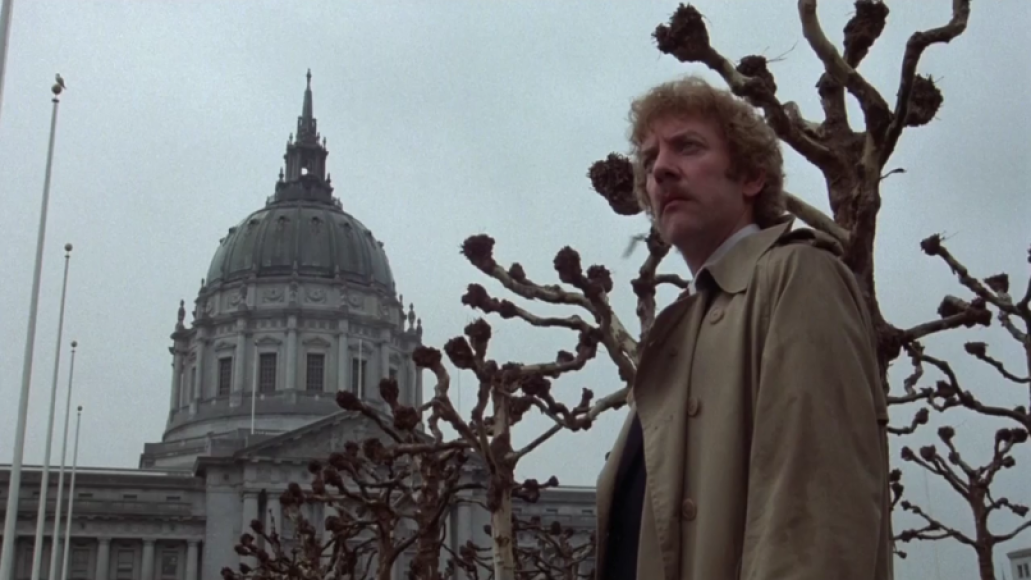 October is here. You know what that means, right? My birthday is coming in a couple weeks! What, you don’t care? That’s okay. We don’t know each other very well, anyway. However, it does mean that Halloween is only a few weeks away. It’s a time for us to dress up as whatever or whomever we want for a few hours. Fortunately, when November comes we can change back to who we were before those parties — we can change back whenever we want. We’re not taking over people’s bodies. We’re not body snatchers. And that’s what we call a transition!

The original Invasion of the Body Snatchers is a black-and-white, nightmarish commentary on the McCarthyism of its era. However, the version I recommend is the 1978 remake, which is just as good if not better than the original. Philip Kaufman’s direction is not standard by any means, and it has an ensemble that includes Donald Sutherland, Leonard Nimoy, and a young Jeff Goldblum. If you aren’t interested yet, the score is unnerving, as is the unbilled cameo by Robert Duvall as a leering priest on a playground swing. Oh, and the disturbing ending will stick with you for the rest of your lives… 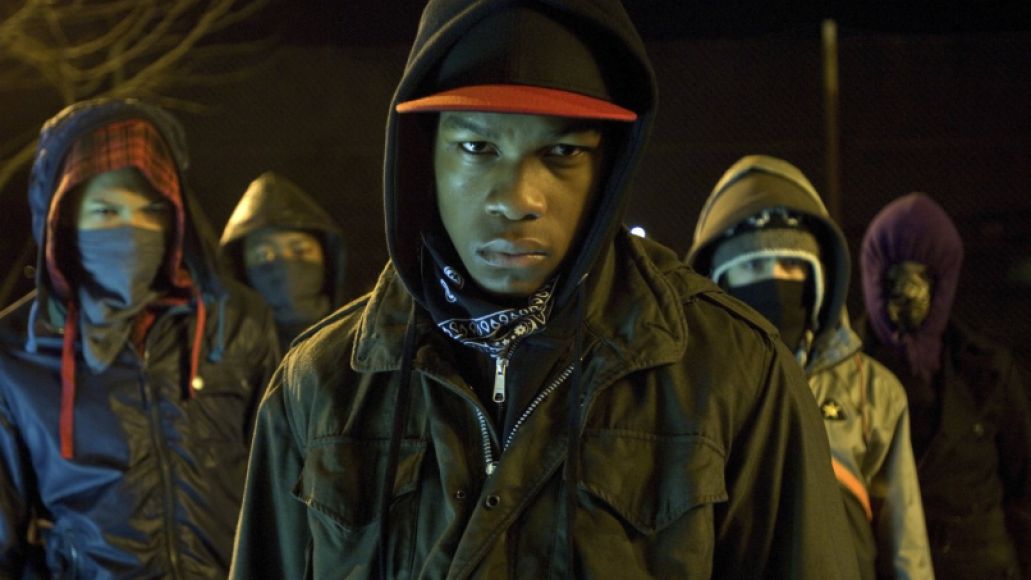 Sadly, we’re still about a year and some change away from Star Wars: Episode VII. Given that they’re currently filming, with one healthy, regenerated Han Solo no less, more and more details are starting to surface. While we’d all like to be surprised come December 2015, it’s admittedly pretty easy to get caught in the rumor mill’s tractor beam. As a proper buffer, perhaps it’s best to start familiarizing ourselves with the rogue’s gallery of new faces, starting with John Boyega.

The 22-year-old British actor is probably the most badass human being on planet Earth. Why? Just watch Joe Cornish’s exceptional 2011 sci-fi cult classic, Attack the Block. As the young and brooding Moses, Boyega plays the ultimate anti-hero, initially introduced as a London gang leader/mugger who’s eventually championed as the savior of both his own neighborhood and mankind altogether. Okay, I’m getting ahead of myself, but rest assured: There’s no way anyone reaches the end credits without thinking this guy’s the real deal. If JJ Abrams doesn’t give him a lightsaber, well, son of a bitch.

Though, it helps that Cornish’s film is quality through and through. Boyega aside, the British filmmaker assembled a cast of relative unknowns, outside of Nick Frost in a humorous supporting role, who all turn their various personas into action figure-worthy characters. Boyega’s rag-tag South London gang is brute yet boisterous, delivering brilliant lines you’ll commit to memory, and Cornish keeps the stakes up by ensuring they’re never safe against the terrifying extraterrestrial monsters. There’s also a strong allegorical message at hand that should hit home across the pond in America.

It Could Happen to You 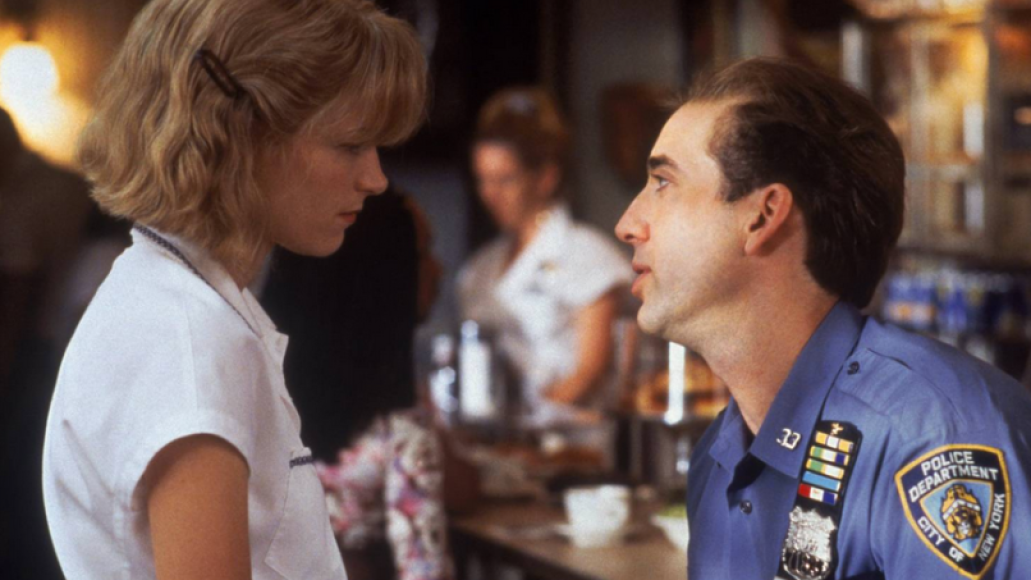 That was the question of a two-day course on Dan Harmon’s Community. The answer? An unequivocal yes. Remember, we’re not asking if he’s in lousy movies as of late (ahem, Left Behind). He’s good, and he’s always been good, just in his unexpected way. For all we know, Cage might try to commit to the same level of madness that won him the Oscar in 1995’s Leaving Las Vegas — even against the bees.

In recent years, the Internet has set out to make him this wild unicorn, and while his private life hasn’t helped that image, the guy’s incredibly talented. Just go back a little in his filmography. There were times when we believed Cage was a superb action star, a young hunk, and a charming, romantic lead. That last persona was him in Moonstruck, Honeymoon in Vegas, and the pleasant-yet-neglected It Could Happen to You. That last one’s probably his best of the bunch.

Andrew Bergman, known for writing greats like Blazing Saddles and The In-Laws, helmed the little gem in 1994. This is about a nice-guy cop with a winning lotto ticket and the silly consequences that come with sudden wealth. It Could Happen to You showcased a younger, more approachable, actually civil Cage. It’s a sentimental kind of New York romance, made all the more magical when you see how restrained, charming, and laid-back ol’ Nic could be. 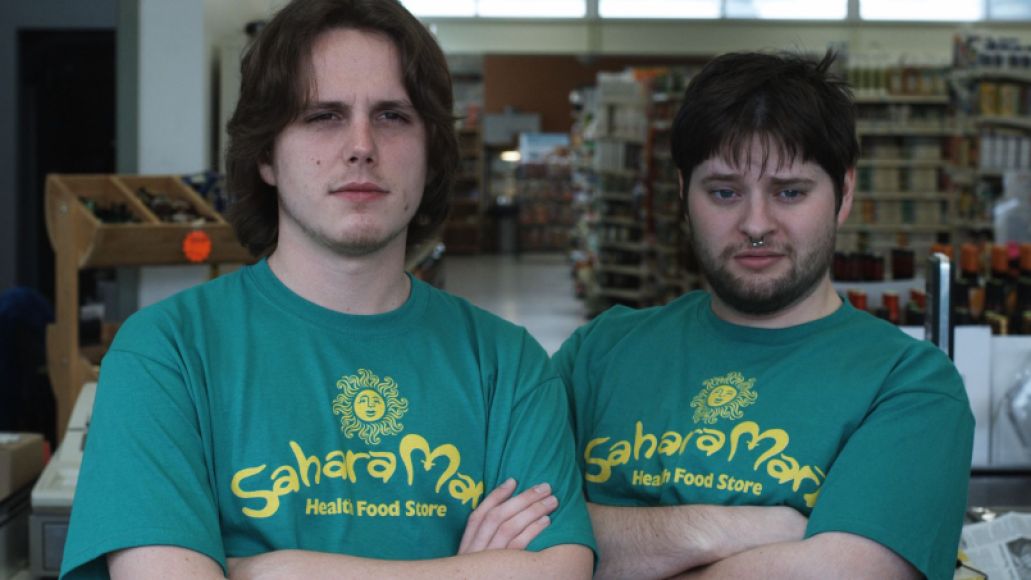 When I’m bored, I watch Jesus movies. An odd compulsion, sure, but occasionally I find myself nostalgic for the warmth and naivete of evangelical art. There’s an innocence to it, a yearning that emphasizes community and transcendence. And yeah, I won’t lie, sometimes these movies are garbage and I laugh. Ya know, like I did with Left Behind, which hits theaters today.

I queue almost every faith-based film that appears on Netflix. Most are precious and out of touch, but occasionally I stumble across one that bridges the gap between what’s beautiful about Christianity and what resonates in secular culture. Paradise Recovered, while not a great film, is one of those movies.

Made in 2010 by director Storme Wood and first-time screenwriter Andie Redwine, the film tells the story of Esther, a fragile young Christian enmeshed in a fundamentalist branch of Christianity. After being cast out for perceived immorality, she finds refuge with co-worker Gabriel, a philosophy-spewing agnostic. As Esther bonds with Gabriel and his roommate Mark, she finds liberation in simple things like dancing and swimming, which, believe it or not, are actually condemned by some fundamentalist sects. As she recalibrates her moral compass, Gabriel copes with his complicated feelings for both her and God.

Unlike most faith-based films, Paradise Recovered isn’t content to serve as a form of Christian outreach. It focuses on people, not ideas, and isn’t scared to show how rebellion can sometimes be a good thing. It’s clunky, sure, and the performances are scattered, but it ends with a touch of ambiguity that’s all but absent in Christian cinema, a moment that should touch the secular and devout alike.

Spend the Weekend with Nicolas Cage, Charlize Theron, and The Biggest Badass on Earth