You know this list is full of newcomers because, relatively speaking, Curren$y seems to have all the life experience of Leonard Cohen. But whereas Spitta has released dozens of solid tracks in his career, most of these artists are still making a name for themselves — and a standout early single typically ensures interest from fans for the years to come. With most of these tracks appearing on upcoming projects, each act’s progress should come into focus sooner rather than later. 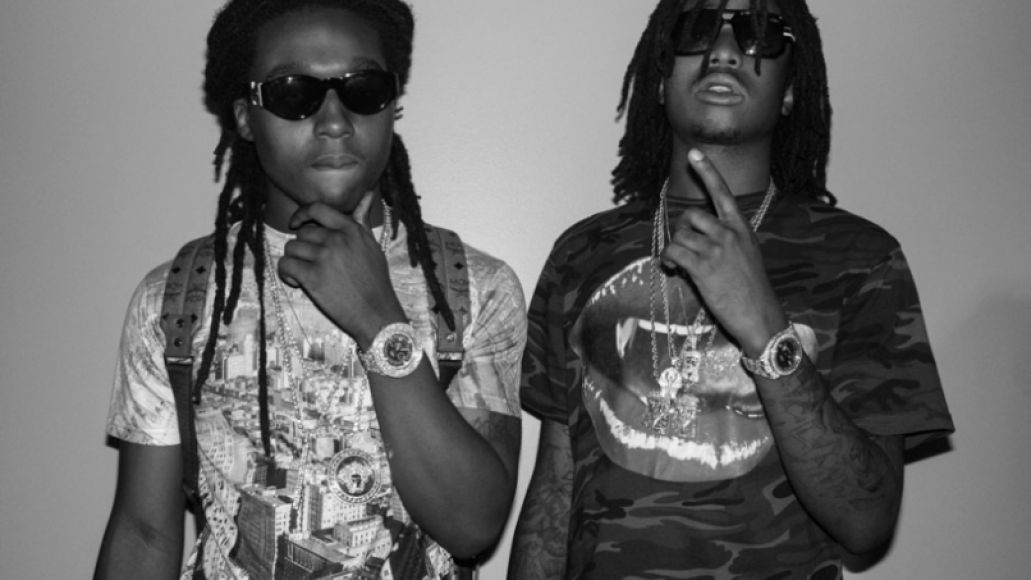 Instagram personality FakeWatchBusta spends his time exposing fake jewelry in rappers’ and other celebrities’ collections, and now Atlanta’s Migos, one of the most formidable trios in rap right now, have a song in his honor. On “Fake Watch Busta”, none of the group’s hooks or flows are fugazi, as the trio go through a litany of reasons why FakeWatchBusta can’t bust them. With a song as strong as this one, with its impeccable trap beat (produced by Murda) and a slew of distinctly Migos songwriting flourishes, there’s a reason the online sleuth hasn’t publicly shamed them and probably never will. –Josh Terry 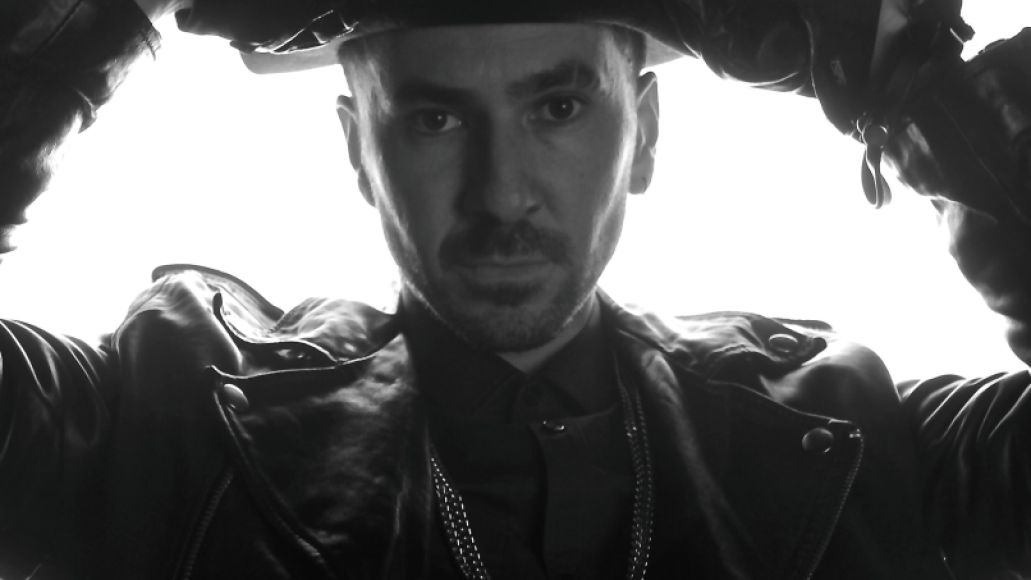 Pulled from G.O.O.D. Music’s Benny Cassette’s forthcoming Apocalypse EP, “Bridges Over Babylon” is built atop an old-school groove with a subtle touch of playful electronic eloquence. But the beat takes a backseat to the track’s soulful vocal interplay between Benny and BJ the Chicago Kid. Despite the rise of both, the pair continues to keep it earnest: “I’ll never justify the evil in my eye/ While I’m getting high off my ego’s own supply.” Just more proof that Kanye’s producer stable over at G.O.O.D. is second to none. –Derek Staples 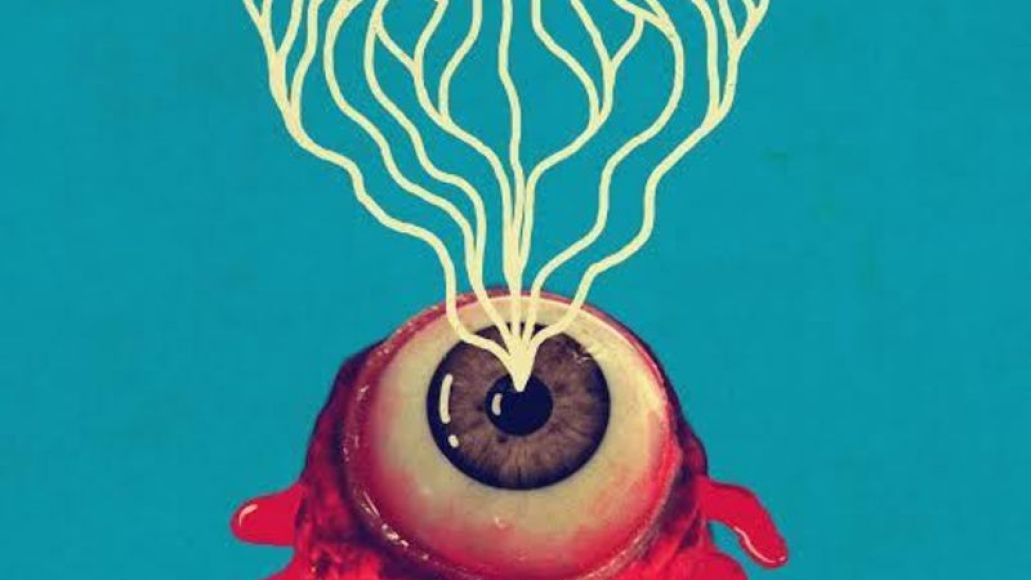 Texas garage punks Hundred Visions don’t exactly reinvent the wheel with “You’re Gonna Cut Me Loose”, but it’s damn good for what it is. Sometimes power chords convey more energy and feeling than any other arrangement, and Hundred Visions, with their three-chord brand of energetic and jangly punk, stand a cut above the rest. Even when you think you’ve heard a similar riff before, these guys sell it enough to make you understand that it doesn’t matter at all. This is unadulterated rock music and it should be celebrated. The track is off the band’s sophomore album Spite, which is out on October 14th via Pau Wau. –Josh Terry 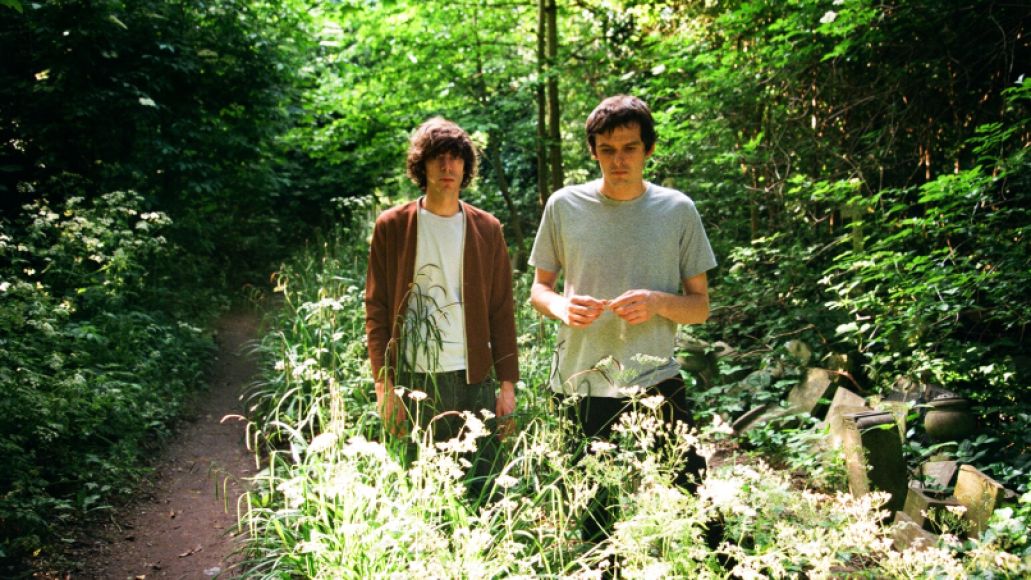 Rock duos, from The White Stripes and The Black Keys to Japandroids, usually aim to fill their sound with distortion and overall loudness. Not Ultimate Painting. On “Ten Street”, James Hoare and Jack Cooper (also of Veronica Falls and Mazes, respectively) conjure no band so much as The Velvet Underground. But even then, the song is so modestly arranged — instrumentally, it’s just softly melodic guitar licks, equally gentle bass, and an unchanging drum pattern until the lone piano notes at the end — that it’s unlikely they wanted to evoke anyone else in the first place. Ultimate Painting, Hoare and Cooper’s debut, is out October 28th via Trouble in Mind. –Michael Madden 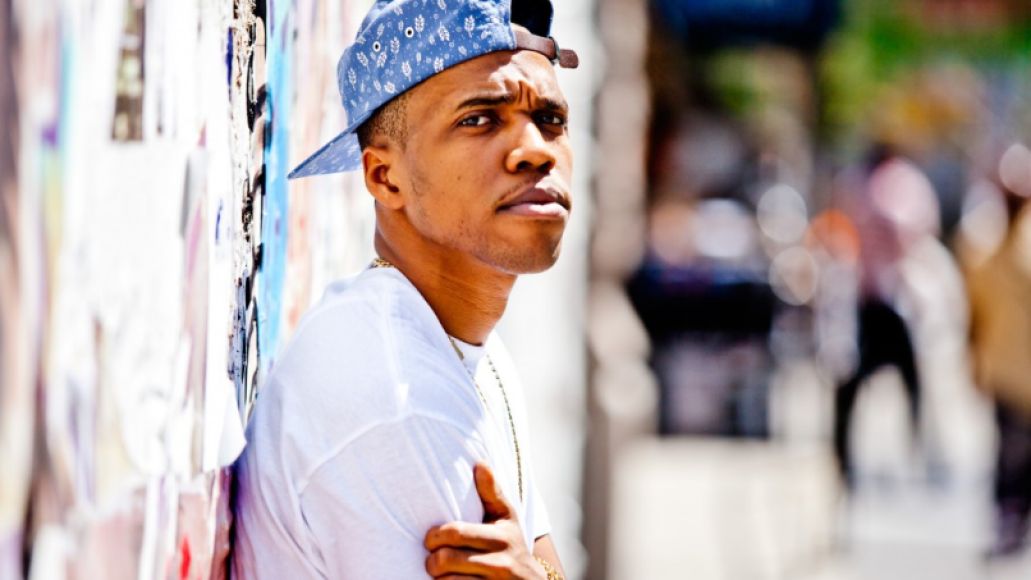 “I got 12 hard drives full of magic,” tallies Curren$y on “Wreckognize”, which recycles the G-funk beat of Sam Sneed and Dr. Dre’s “U Better Recognize”. After a super-prolific run between 2009 and ’12, the New Orleans rapper and weed expert has slowed his roll (pun totally intended) of late; he’s released a solo EP and two Jet Life tapes in the past month, but that’s actually less than an album’s worth of Spitta solo material all told. It’s all the more gratifying, then, when a song with this many bars emerges — not that we’re used to him settling for less. Download Jet Life’s Audio D, which features “Wreckognize”, at DatPiff. –Michael Madden 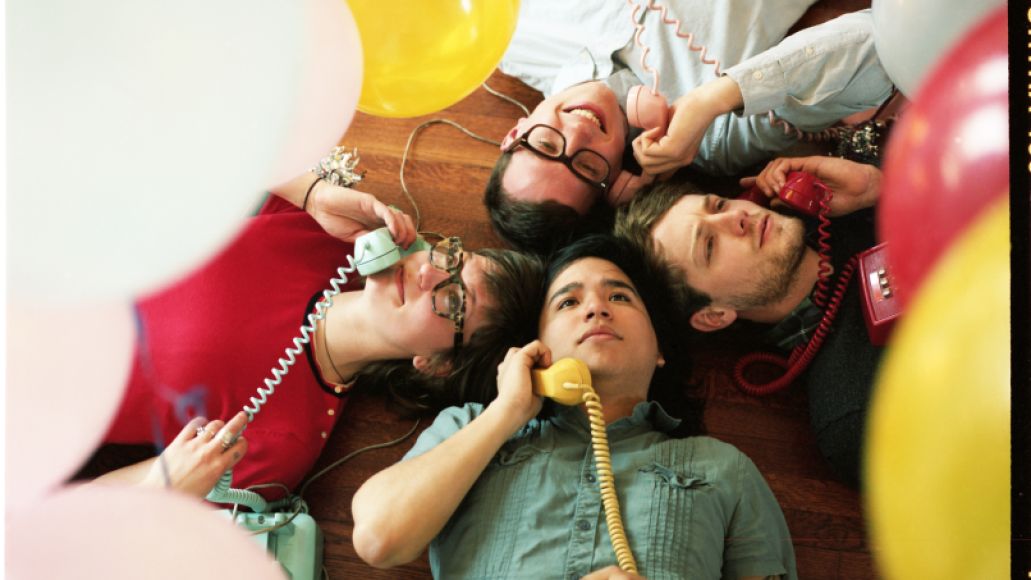 Following last week’s excellent “Seasonal Abjective Disorder”, Chicago rockers Kittyhawk have returned with another preview of their upcoming Hello, Again (out on October 14th via Count Your Lucky Stars). “It’s like my own skin is a costume, and I don’t know what’s inside,” sings frontwoman Kate Grube, who affords the song its melancholy core. Thankfully, the triumphant, melodic blasts from guitarists Erik Czaja and Mark Jaeschke have her back. –Michael Madden 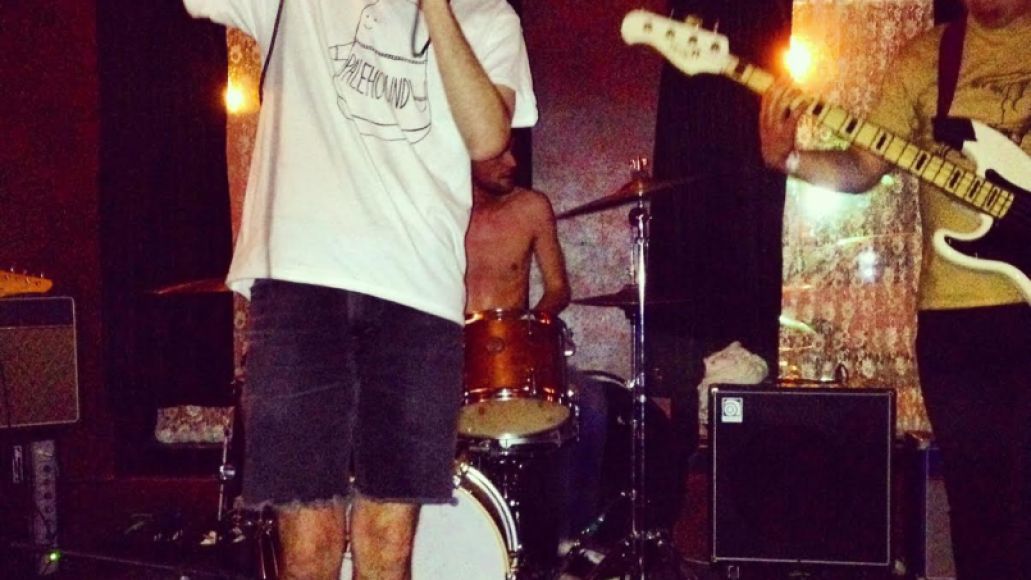 Earlier this year, New York’s Big Ups released their ferocious first album, Eighteen Hours of Static, a ripping and chaotic gem of “punctual punk,” as the band describes their music on Facebook. Their latest single, “Rash”, like most Big Ups songs, is carried by the intense and all-over-the-place performance of frontman Joe Galarraga. Here, he oscillates between unhinged yelping and muted talking over menacing guitars. The song will appear on a split 7-inch with Brooklyn band Washer, out on November 18th via Exploding in Sound. –Josh Terry 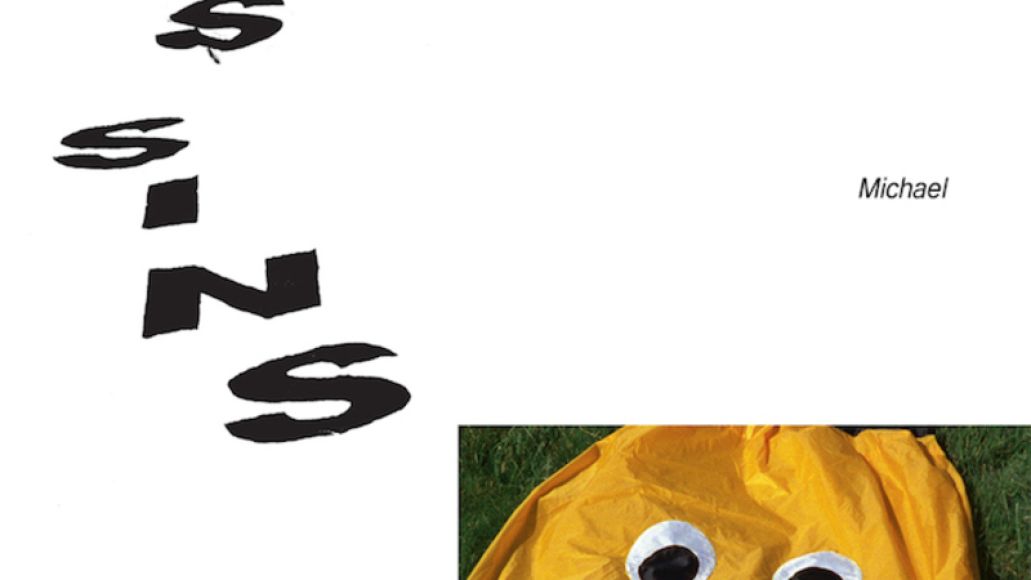 Under the Toro Y Moi alias, multi-instrumentalist Chaz Bundick has displayed an outsider’s appreciation for the dancefloor. Now settled in Berkeley, Bundick has added a new glitz to his emotive soundscapes as Les Sins. In the run-up to the project’s debut LP, Michael (available November 4th via Carpark Records imprint Company Records), Bundick has shared the album’s second single, “Why”. Unlike the booty-bass of lead single “Bother”, this newest offering, which features fellow Berkeley resident Nate Salman on vocal duties, is more in tune with the infectious post-disco that Bundick flirts with under his best-known alias. –Derek Staples 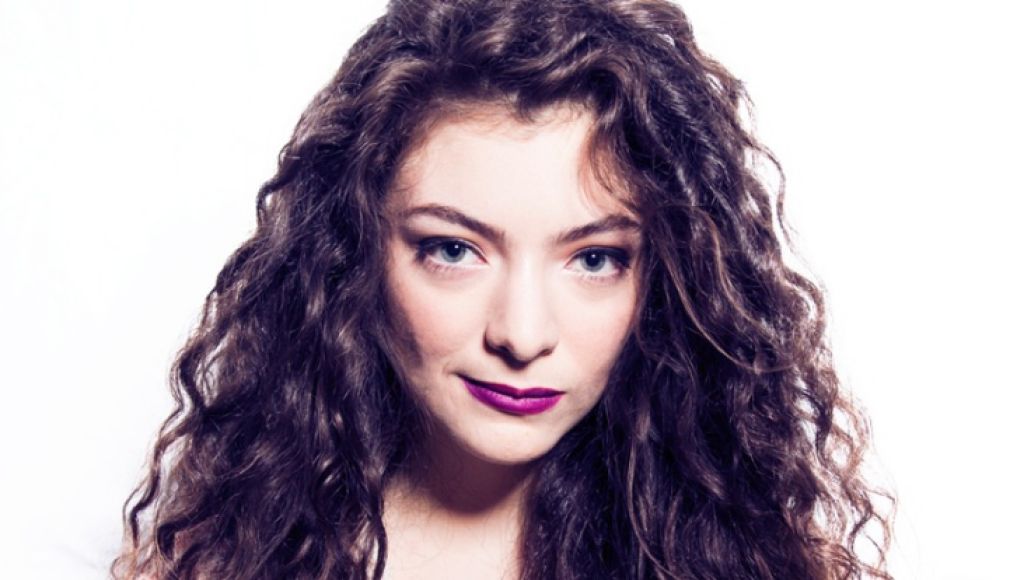 “The fire’s found a home in me,” sings Lorde on “Yellow Flicker Beat”, and with those words, her glittery synthpop rises to action movie stakes. A thread of manipulated vocals quivers at the back of the song, while mean, acidic synthesizers ricochet throughout the chorus. “I’m locking up everyone who ever laid a finger on me,” threatens the New Zealand songwriter. It’s a far cry from the fantasies she lived in last year’s hit single “Royals”, but as lead curator of the soundtrack to The Hunger Games: Mockingjay – Part 1, Lorde needed to set off something more explosive than the introspective musings on identity from her debut, Pure Heroine. “Yellow Flicker Beat” is a track fit to score Katniss Everdeen as she fights off Panem’s enveloping dystopia, big and fast and urgent. Lorde’s knack for bending texture out of her own voice finds a perfect new home accompanying another heroine as pure as she is. –Sasha Geffen 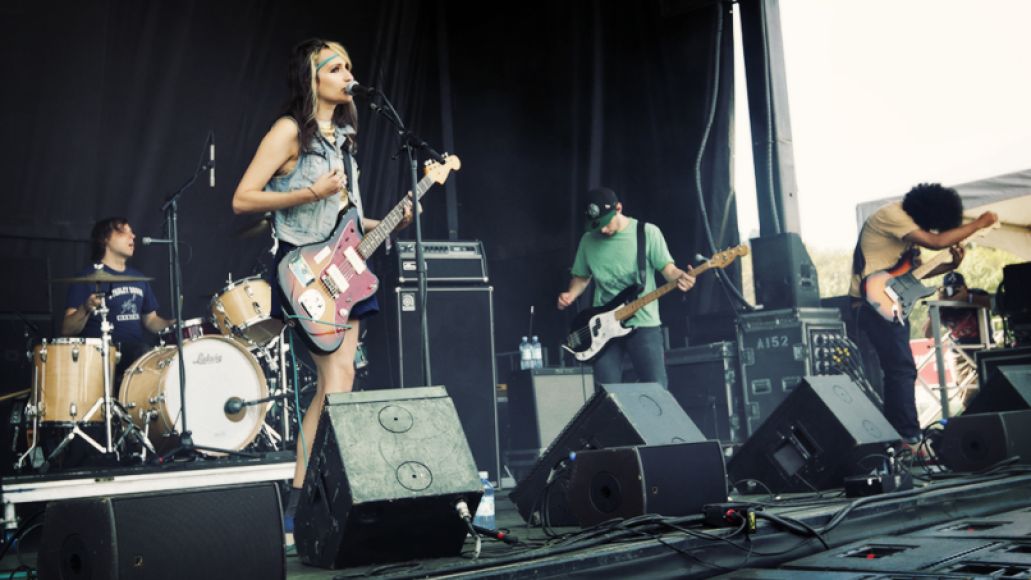 There’s piano on the new Speedy Ortiz song, and I don’t think that makes it a ballad, but it sure is the closest the Massachusetts rock band has ever come. The A-side of a new split 7-inch between Speedy and Chris Weisman in Famous Class’ LAMC single series, “Doomsday” webs out from the rough, raw guitar work heard on Major Arcana and this year’s Real Hair EP. Frontwoman Sadie Dupuis needles through the word “doom” in a gleefully apocalyptic refrain, stretching it to a half-dozen syllables, big enough to get tangled in. Hooky and cynical, it’s one of those songs that hits you in the bones right away, then lures you back to the “play” button as soon as you’re done with it. If “baby, it’s doom!” isn’t the slogan for our end times, I’m not sure what is. –Sasha Geffen