On record, Caribou is the solo project of Dan Snaith, but for a long time now, the live incarnation has been much more expansive. The most recent iteration is a four-piece band including Ryan Smith, Brad Weber, and John Schmersal. This creates a sort of duality for the project, but not the one you would expect.

See, Caribou’s live representation takes what Snaith does in the studio and pushes it as far as the band can take it. The real dividing line of Caribou is the Caribou songs of old and the recent endeavors. Despite releasing critically adored material over the course of a decade and four albums, Caribou stuck strictly to its last two albums during Thursday night’s set at Hollywood’s Fonda Theatre. It was almost as if the early career successes, which included a Polaris Music Prize for Andorra, had never happened. But, as fans would discover on this night, and as more are likely to see during the next two sold-out nights at the same venue, Caribou in 2015 has a distinct vision that can’t be muddied by a disavowing of past projects. Caribou is now at the top of its game, and there is no point in looking back.

The night began with a highly impressive opening set from Koreless, aka Lewis Roberts, who performed as a shadow, draped in lush backlighting. But while the visual element offered little to go by, the joy of experiencing Koreless was in the sounds, simultaneously futuristic and rooted in the traditional. Balancing these, where dancing is possible but not required, is present more in the live incarnation than on Koreless’s releases. This alone makes his live set a must see for fans of cerebral electronica.

But Caribou is a different beast entirely. As a live band, Snaith’s group manages to hit on both what is typically loved about rock bands and what pleases in the dance community. For set opener “Our Love”, a faithful interpretation was extended by a minute or two, letting the song’s tension build tighter and release harder than on record.

This was a typical theme for the night. Many of the best moments, from an absolutely insane percussion eruption on “Bowls” to a more clearly defined break between the two sections of “Your Love Will Set You Free” to a satisfying run through “Odessa”, didn’t turn a song upside down or reinterpret it completely. The changes were subtle, the additions natural, the effects of the songs in the same vein as on record, just pushed further for dramatic effect.

It should be noted that Caribou’s other band members were complete forces, and though they become an afterthought when considering the project as a creative entity, all, particularly Weber on percussion, were given equal share of the live spotlight. While Caribou may be a solo project on record, it feels very much like a balanced, four-wheeled machine in concert.

Of course, the night built to its expected main-set closer, “Can’t Do Without You”, the night’s only weird moment where it was revealed just how many “play the hits” fans were in attendance. People sang along to the tune’s repetitive vocal declaration, and it all felt a little cheesy. But even then, Snaith seemed to play with the audience, giving one of the least faithful recreations of the night, speeding up the vocal sample and setting the whole song slightly askew.

The lasting impression was that this was just a snapshot of Caribou as the project exists now. Our Love and Swim both exist in very similar spaces, distant relatives of the earlier Caribou albums. While that might mean a bit of disappointment for fans of The Milk of Human Kindness, it’s softened by the fact that Caribou is making the best music of Dan Snaith’s career right now, and playing it better live than ever before. 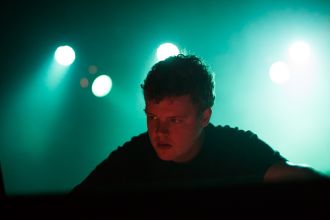 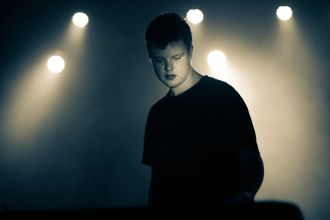 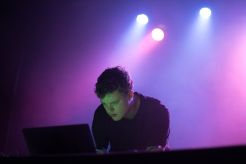 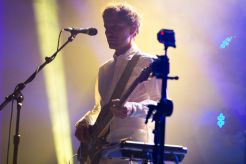 Setlist:
Our Love
Silver
Mars
Found Out
All I Ever Need
Bowls
Leave House
Jamelia
Back Home
Odessa
Your Love Will Set You Free
Can’t Do Without You
Encore:
Sun