Almost exactly two years ago, I saw Lady Lamb (back when she was still The Beekeeper) at Boston’s T.T. the Bear’s at the release show for her debut record, Ripely Pine. Two years before that, I saw her play a tiny little room at Fontana’s in New York. It’s starting to feel like we’re distant cousins, with me following her career from afar and getting out to one of her shows every couple of years or so. Ignoring the inherent creepiness of that sort of statement, the odd “relationship” has allowed me to witness her growth as an artist and performer in very realistic snapshots.

She hasn’t exactly grown in popularity by leaps and bounds since that T.T.’s show back in 2013; that concert was sold out, but so was last night’s release show for After at Rough Trade in Brooklyn. Rough Trade is no bigger than T.T. the Bear’s — in fact, it may actually be smaller — though it is still an all-around better venue (despite having to trek 15 minutes from the train station in a mix of freezing rain and slush to reach the place). The most pronounced difference is easily the sound. Back at T.T.’s, she was fighting with sound bleed from a Wu-Tang Clan member’s show at the venue downstairs. At Rough Trade, her music was allowed full reign over the audience’s ears.

The increased sound quality made one thing abundantly clear: Aly Spaltro’s voice has gotten considerably stronger. Two years back, the boldness of her vocals came out in endearing cracks, perhaps one part nerves of a young singer and one part the stylistic choice of a 23-year-old woman. Now, however, that strength comes through in more round, forceful notes, as when she went into “Violet Clementine”. Her bassist was having what would be one of a handful of technical issues throughout the set, struggling with a bum cable. The crowd erupted into chatter during the break (Spaltro had admitted early on that banter wasn’t her thing). But when the kinks were worked out and Spaltro stepped to the mic, the harmonies boomed everyone into silence. They knocked you back and grabbed you by the chest to pull you back in.

Elsewhere in the set came “Bird Balloons”, providing possibly the strongest example of her new vocal strength. The album version of the track is built on those aforementioned cracks, and while she still lets that emotion slide through in the angrier moments, there was a sturdiness that revealed an increased assurance in her presentation. It’s not the craft that she’s suddenly more adept at, as Spaltro remains as meticulous a performer as ever. (As she spoke to the audience for the first time and thanked them for being with her on such a special day, she immediately asked for more guitar and vocals in her amps before going into “Heretic”.) Instead, it’s the way she transmits all that musical energy outwards, not necessarily by stage presence, but with confidence.

“I’m not much of a talker, but I love to sing,” she remarked after the stunning “Vena Cava”. “So I’m trying to hurry through so I can play every song I’ve ever written.” She joked that she expected everyone to join her in five years when she plays her entire catalog at Radio City Music Hall. For her, it’s quite literally all about the music. She loves what she’s doing and wants nothing more than to share it with a crowd, an energy that’s quite clear when seeing her live.

It wasn’t until near the end of the set that I noticed the other aspect that highlighted Spaltro’s increased maturity as a performer: her eyes. They were open, scanning the crowd, looking up into the balcony, gazing out over the crowd. True, she still takes off her glasses when performing, no doubt leaving those watching her as nothing but blurry splotches bouncing about. Still, I vividly remember her eyes being shut the majority of the time at T.T.’s, and that was very much not the case here. She’s always been confident in her skills, but you could tell the nerves of a young artist were still there. Now, as she looked out on the crowd, especially during solo numbers like “Sunday Shoes”, “Regarding Ascending the Stairs”, and the gorgeous finale, “Ten”, it was evident that she’s become more assured on stage, sharing her gift with fans.

“You guys are helping make my dream come true,” she said before the penultimate “Batter”. “Thank you for being here.” The crowd had noticeably thinned out by this point, no doubt to it being a disgusting weekday evening, with many dreading the cold walk home and rising early for work the next day. But those who stayed were able to witness the totality of this (still rather young) musician coming into the next phase of her career. As she remarked to a fan at the merch table after the show, she and her band will only get better at playing these songs live as this tour progresses. And considering how well she’s progressed over the last six years, I envy those who get a chance to see her later down the line.

Even as she’s 100% more Lady Lamb, she’s still Aly Spaltro, who cares about the music above all. After sincerely thanking her labels, her sound guy, and her lighting coordinator, she led her band into the regular set closer, “Penny Licks”. “A little more guitar please,” she requested halfway through the first verse. There she was, diligent as ever, sounding even better than before. 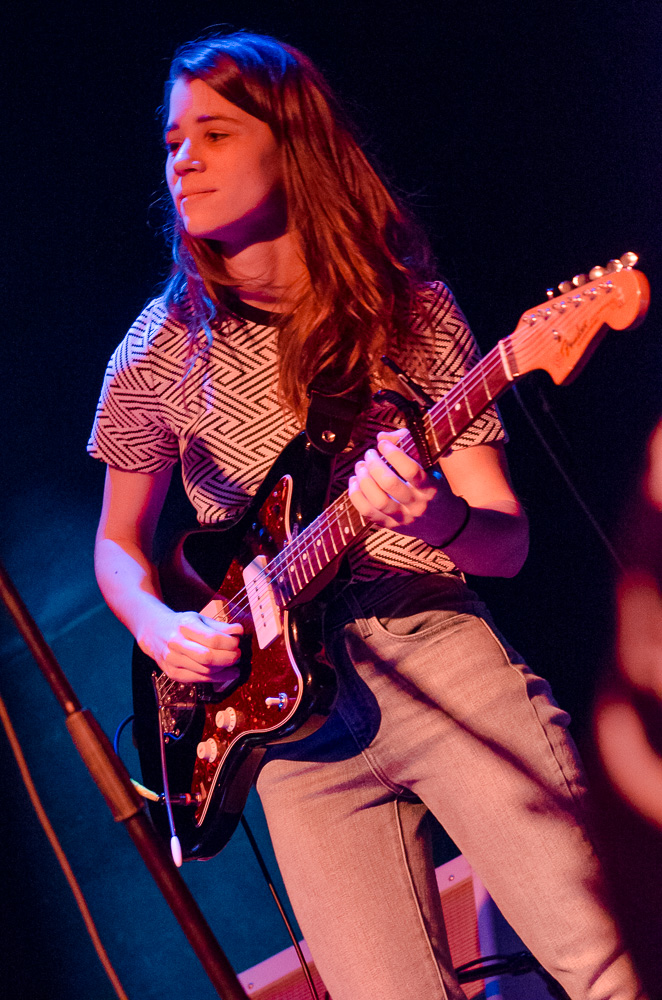 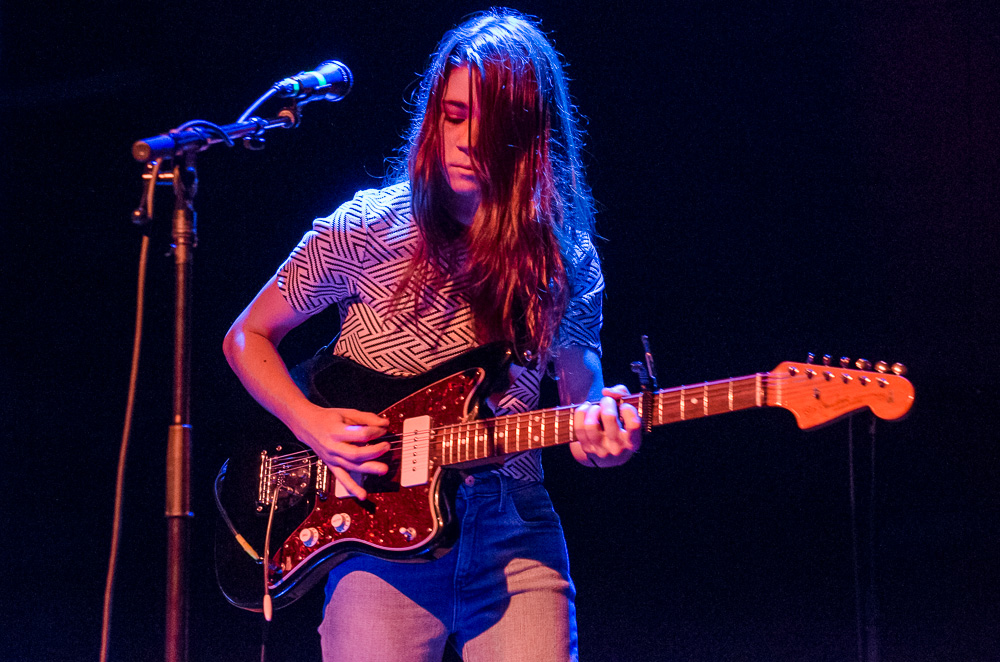 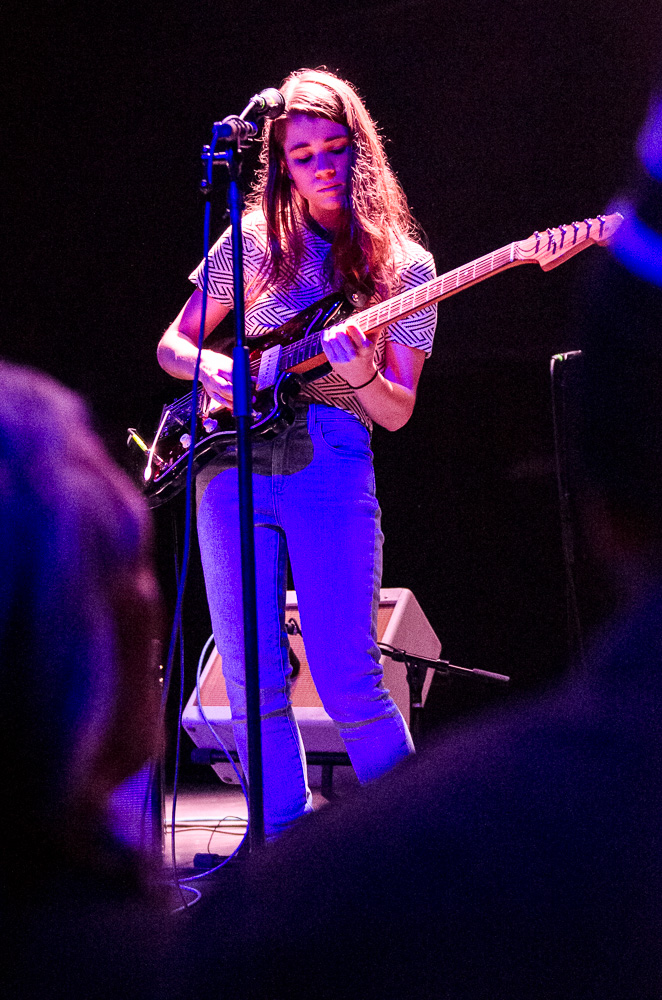 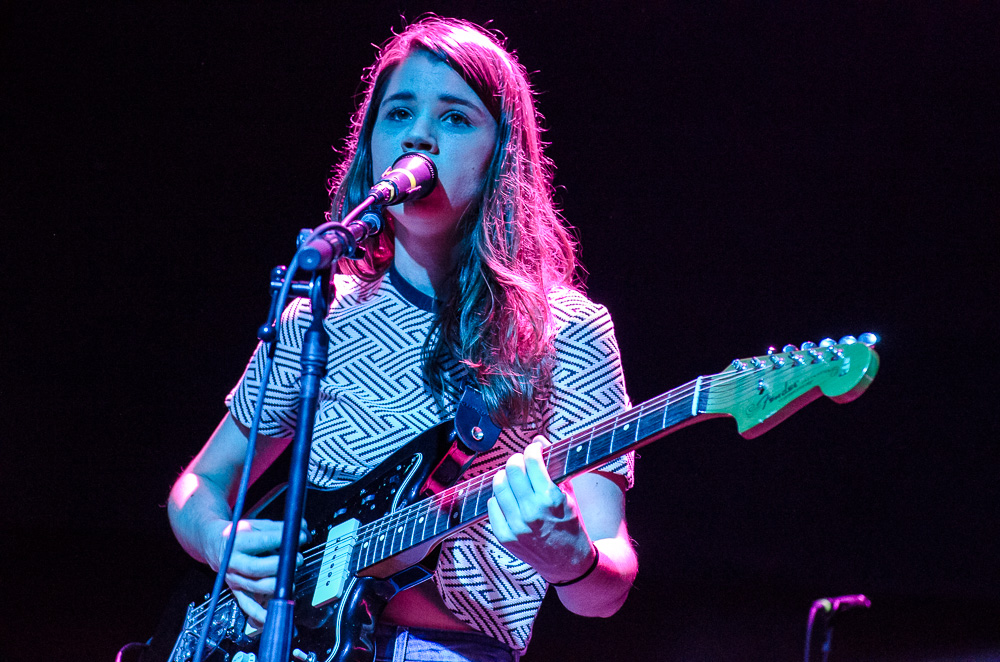 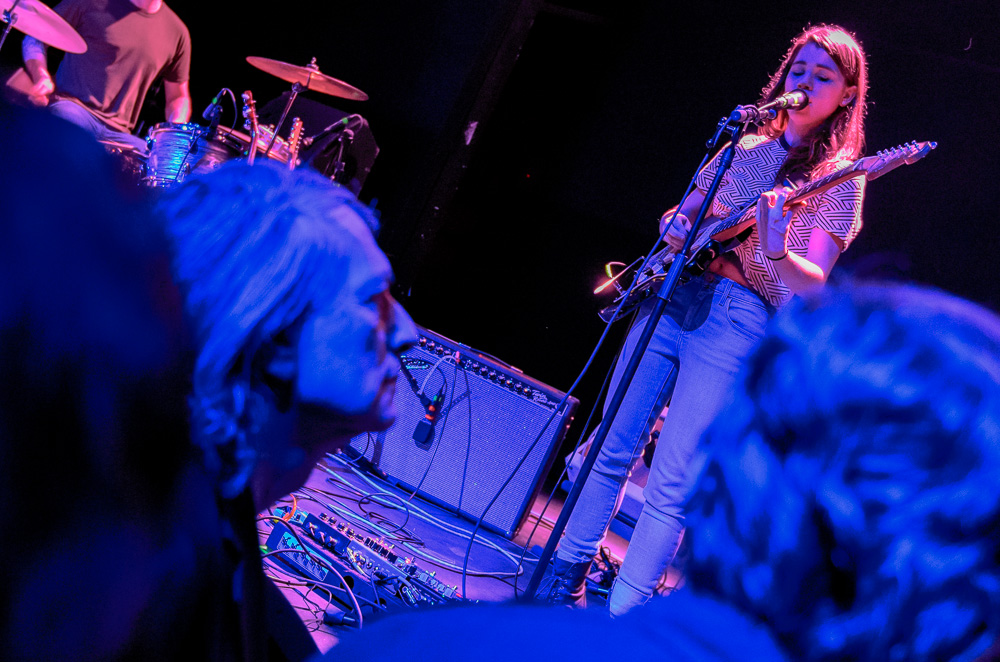 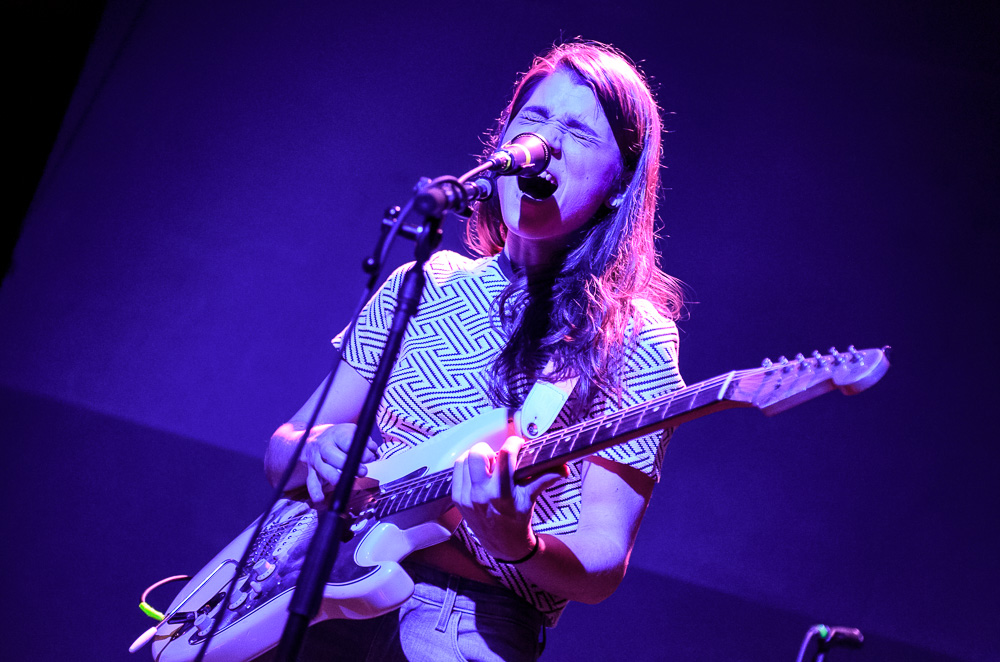 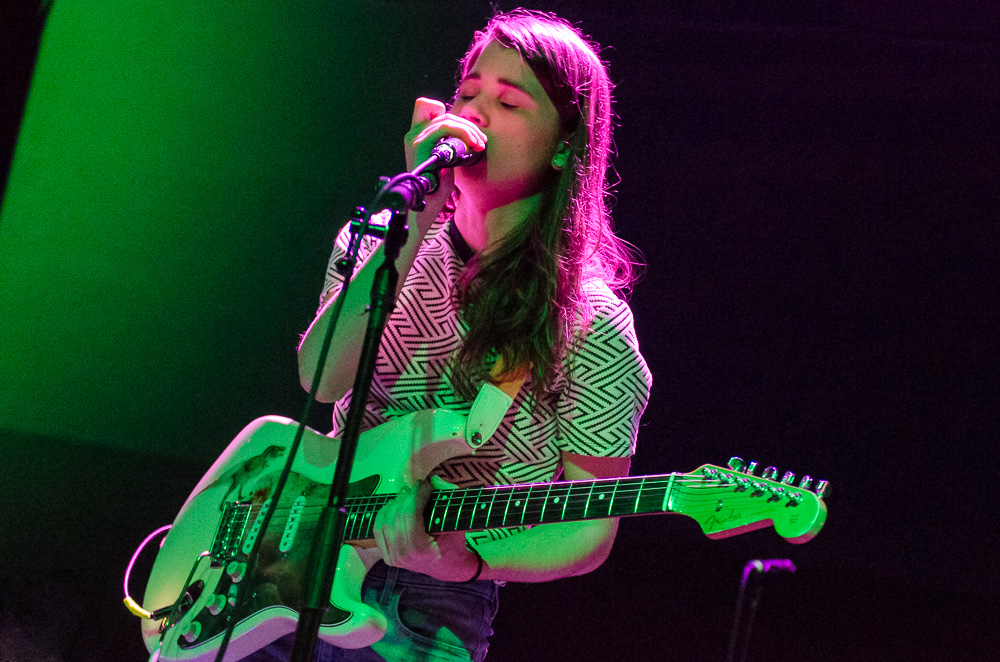 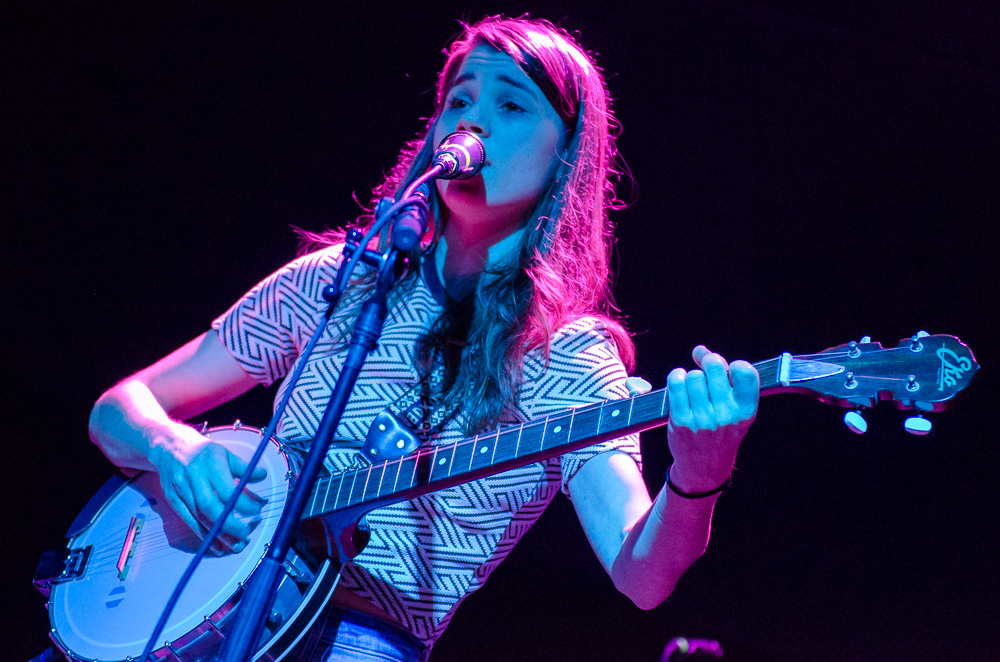 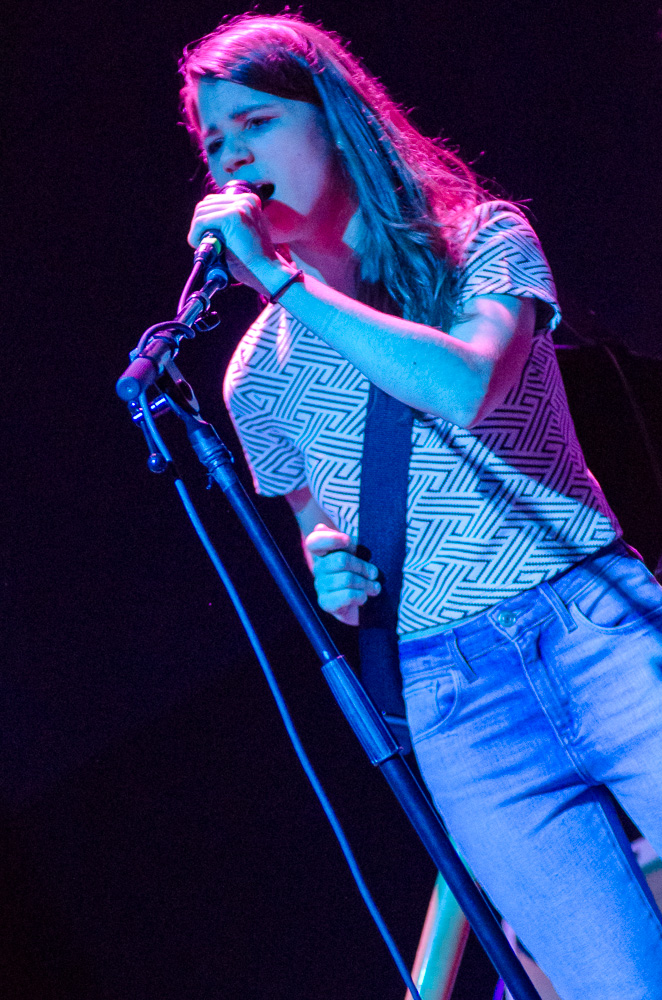 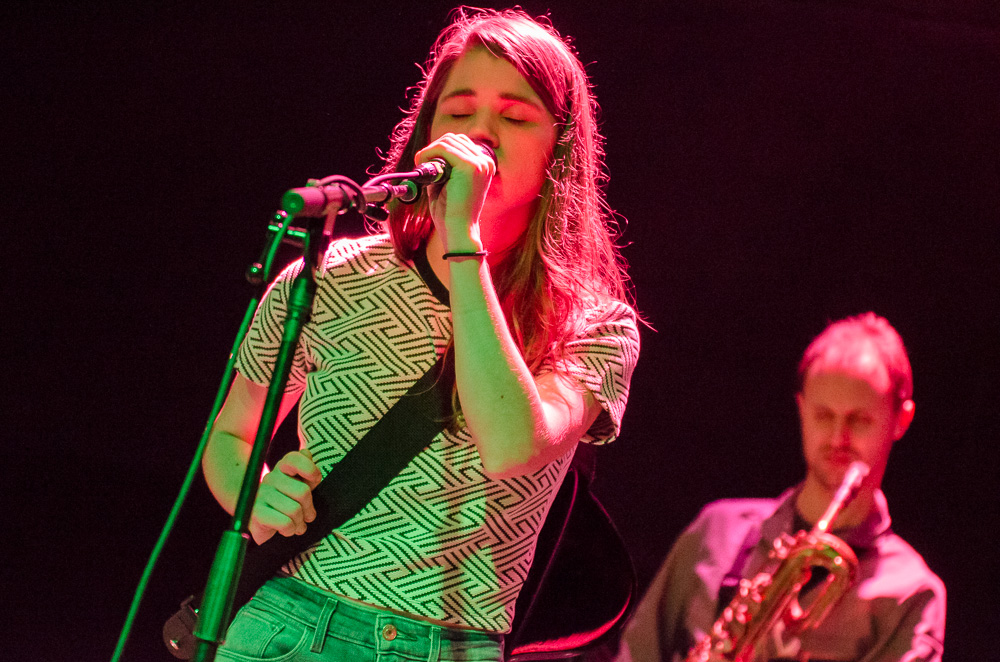 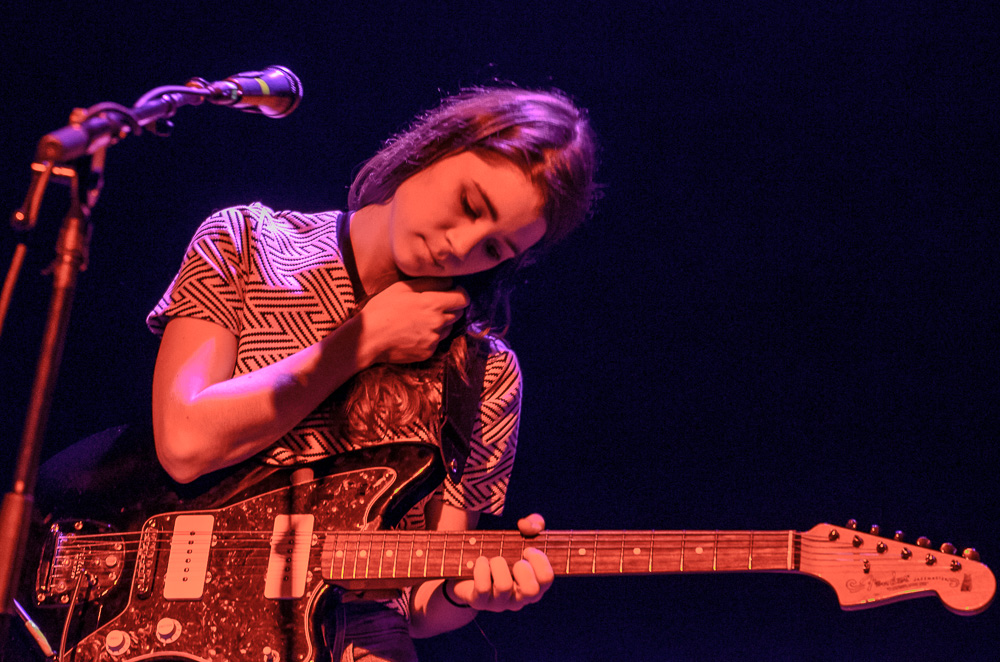