Sylvan Esso only has one album, but holy shit do they play it right. The electropop duo of Amelia Meath and Nick Sanborn began as a side project for both artists, but if the sold-out crowd of devoted fans that packed the Metro were any indication, the two artists have become a force more powerful than the sum of its parts. On an unseasonably warm March night, Sylvan Esso put on a rousing performance that transcended the album’s subdued tones, pointing to a long, successful future for the band.

The evening begin with a set from Flock of Dimes, the solo electronic project from Wye Oak’s Jenn Wasner. With characteristic humility and stunning vocals, Wasner sounded excellent backed by beats and samples. She took up guitar on a couple songs, making a strong statement that she will continue to enjoy success as a solo artist.

As Sylvan Esso prepared to take the stage, a wild, anticipatory thrum filled the air. They’ve only been around for a year, and with only the one album under their belt, it was a bit surprising to see the mid-size Metro was not only sold out, but crowded early with fans shouldering their way to the best vantage points. The duo has been a festival mainstay in the last year, and it seems their dedication to live performance is paying dividends.

On a fundamental level, Sylvan Esso follows the same structure as acts like Sleigh Bells, Purity Ring, and Phantogram: female vocals over sampled beats. But what Meath and Sanborn did so well with their debut is avoid EDM-influenced bangers, and instead write subtle, mid-tempo compositions with unexpected rhythms and structures. There is a quiet beauty to Sylvan Esso that makes for satisfying repeat listens — a combination that is pleasant on headphones, but not always a satisfying live experience.

Sylvan Esso quashed any concern that the band might be a lukewarm concert experience with crushing opener “Could I Be”. The song’s slow-building tension had fans singing along to each word and following the gentle rising and falling with the sway of their bodies. Relatively understated on the album, the song erupted into its climactic chorus live. Sanborn’s beats and melodies were uptempo and ear-shattering, firing electric energy through the audience. Meath’s unique vocals sounded exquisite. The rhythms and melodies of Sylvan Esso are skittering and often unpredictable, but with the volume and energy cranked all the way up, it was impossible to stand still. Sylvan Esso released one of the best dance albums of last year, but I had no idea until I saw (and joined) hundreds of fans dancing together.

Rote vocals over processed beats can make bands with similar constructions lifeless performers. Meath and Sanborn defy this trope with an engaging live dynamic. Sanborn was physically present, setting up beats and twisting knobs, moving his whole body and making eye-contact with Meath throughout each song. It wasn’t just him, though, as it was nearly impossible to take your eyes off the vocalist. She danced, strutted, and twisted her body around while emanating her nearly perfect vocals. Together, the two have an intoxicating energy that elevates their performance into unexpected realms.

Sylvan Esso played its whole album (and a cover) to a tee, but the crowd rightfully wanted more. There is no doubt the two will get back to writing, and hopefully their next effort will be as electric and compelling as their first album. 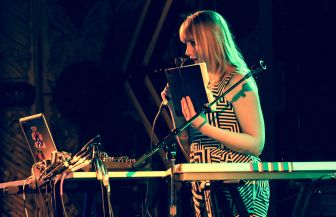 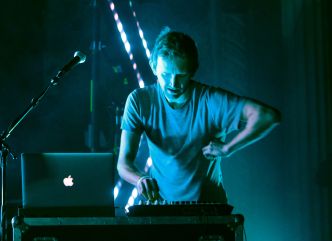 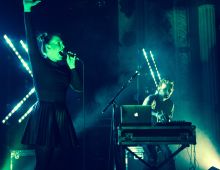 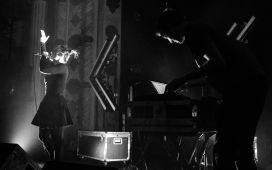 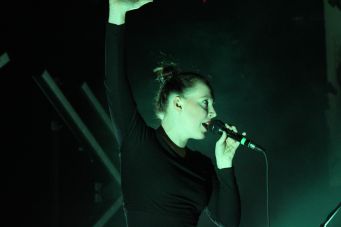 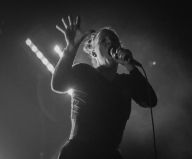 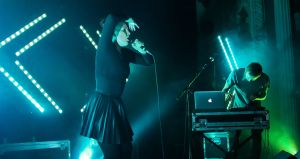 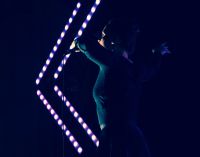 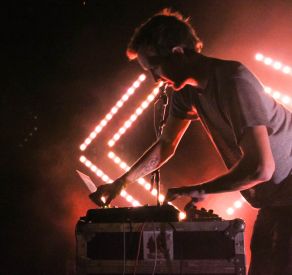