Day one of each year’s SXSW can make you feel like patient zero of an outbreak about to ravage a city. Austin’s still waking up to its incomparable weeklong music celebration; the Interactive attendees trickle out, while the music people swarm on in. Bands play everywhere. Good luck finding a street corner downtown that’s out of earshot of a power chord or a drum pattern. Once you’re in, you’re in: there’s no escape.

As the chaos set in, we caught our share of artists determined to start the week off right, some of them playing their very first SXSW sets. It’s only Tuesday, so no sign of Kanye — yet.

Click here to see our full coverage from SXSW and listen to an exclusive playlist. Also visit Toasty.TV to check out Quizno’s curated entertainment hub.

Alongside the nearly meaningless “rock” and “indie” labels, The Lonely Wild list “Spaghetti-Western Influenced Americana” under the genre section of their Facebook profile — and that really couldn’t be a more accurate description of what this LA five-piece brought to Clive Bar. They came out horns blaring like the opening credits to a Sergio Leone movie, delivering stomping indie with just hints of folk. They handled the blend deftly, comfortable and assured in what they were doing, but also playing as hard as possible. Guitarist Andrew Schneider, clad in a classic Star Wars T-shirt, stomped so hard he knocked his second guitar off of its stand. He howled along to every big belting moment; even though there was no mic in front of him, it only added to the rambunctiousness. Frontman Andrew Carroll, meanwhile, let his voice loose on the final number, “Buried in the Murder”, hitting the screaming notes with force. Indie-folk-whatever music is still a dime a dozen these days, but The Lonely Wild made theirs interesting with the Spaghetti-Western twist and confident, power-packed performance. –Ben Kaye

Brodie Jenkins sings with a startlingly pure and articulate voice, the kind you wouldn’t expect to ring out from a makeshift tent on a bar’s back patio as cigarette smoke left over from an English punk band still wafted in the air. As half of the San Francisco duo Cathedrals, she supplies both melody and a dark sense of theatrics to the band’s playful electronic rock. She was joined yesterday afternoon by her regular bandmate, multi-instrumentalist Johnny Hwin, plus two new players on bass and drums to flesh out the project. She wore a sheer black shawl that she toyed with as she sang, testing the space around her as she tested the newly bolstered resonance of her voice.

Cathedrals are a young band with just a couple singles to their name, but at their first SXSW set at Clive Bar they seemed eager to soak up everything around them, to learn. Jenkins makes direct eye contact with audience members, and when she does she really looks at you. From the attendees cheering and chanting the group’s name, it seemed like Cathedrals were seen right back. –Sasha Geffen

This hardcore quartet was an early surprise during Hotel Vegas’ St. Patrick’s Day Kick Off Party, startling a small (and still sober) crowd with blasts of blackened punk metal. Its members hail from different regions — some from LA, others from Austin — but their set was tight and practiced, with frontman Rusty Kelley wandering around the stage crazy-eyed, shouting derangements and climbing on guitar cabinets. They’re a band probably best seen at a dingy DIY basement show rather than a festival, but they took their SXSW appearance in stride and did exactly what every young band hopes to do when they come to this massive festival: put themselves on the map with a killer performance. –Jon Hadusek

For all its otherworldliness, there was something magnificently simple about Ryley Walker’s performance. He sat cross legged on a stool stage-left, a microphone stuck to his guitar with painter’s tape, often resting his chin and lips upon his instrument. His vocal delivery occasionally left the lyrics hard to make out, but then again they were nearly meaningless in the context of the music he and his band were creating. And that’s where the simplicity became something so much more. The three-piece outfit playing with Walker deserves an immense amount of credit for creating a jazzy alt-folk sound that perfectly matched the atmosphere of his capoed strums and that field-grown howl of his. As gorgeous as all of his own numbers were, the song that demonstrated the true quality of his voice was his cover of Van Morrison’s “Fair Play”. While his own music highlighted his ability to pull out strained notes and quiet yelps, “Fair Play” let the sturdy simplicity of his voice shine as much as those deep, fluttering intricacies, showing how similar he really is to a young Van. –Ben Kaye

Leather Corduroys — Chicago Made Showcase at The Main — 8:00 p.m.

A line piled outside the Main, the legendary 6th Street venue formerly known as Emo’s, for a full hour before Leather Corduroys appeared on stage. The second annual Chicago Made showcase got off to a late start, and while the delay was never explained, the hip-hop duo’s brisk set made up for any lost time.

Leather Corduroys are Kami de Chukwu and Joey Purp, two members of the Chicago artist collective SaveMoney, which also counts Vic Mensa among its most visible ranks. They shared a fierce chemistry at the Main, their raps ricocheting off of each other in an energized display of genre subversion. Beats mutate and warp in the world of Leather Corduroys, and each MC’s lyrics complement each other rhythmically and almost harmonically. Backed by a producer wearing one of many ubiquitous GoPros on a headband, Leather Corduroys flipped our expectations before we’d even had time to develop them. What’s more Chicago than that? –Sasha Geffen

Click ahead to see the rest of Tuesday’s coverage plus an exclusive gallery.

Okay, so this one’s cheating as it was technically part of Interactive, but it’s worth the mention. SOAK was the surprise special guest at the Creative Belfast event and the only performer to stun the crowd into silence. Sure, the host requested the bar chatter cease, but this tiny, under-aged singer-songwriter from Ireland actually kept it quiet. It’s a good thing, too, because her delicate, earnest experimental folk numbers need to live in a still space. The songs felt like a teenaged girl pouring herself into her journals — like “Blood”, written after she overheard an argument between her parents — only put to soft, watery folk songs. “My name is SOAK,” she said by way of introduction before her second song. “S-O-A-K; like a bathtub. Thank you for being so quiet. This next song’s called ‘Sea Creatures’. It’s about whales and crabs.” She’s been making waves overseas since she was 16 years old, and no doubt it’s that sort of sincere innocence that’s worked so well for her. But that’s not to say she’s just a cute spectacle; these songs were clearly written by a talented musician and one who will be intriguing to watch as she continues to blossom. –Ben Kaye

Destruction Unit literally destroyed the Hotel Vegas circuit breaker. Their standard backline of three Fender Twin Reverbs was too powerful, and twice the band’s guitar swells went mute from power surges that killed the amps. DU uses volume as an aesthetic, physically assaulting the listener with sound. You feel their heavy punk more than you can hear it. (Their rider actually reads, “If you ask us to turn down, we’ll get in our van and leave.”) After the electronic situation was resolved, the band powered through a seamless 45-minute set, leaving the crowd drop-jawed and slightly deaf (lots of “Holy shit, who were those guys?” remarks from the people around me). Thee Oh Sees’ John Dwyer sat side stage the whole time, clapping and pounding the stage in approval. –Jon Hadusek

All the way from Belfast, Ireland, Protex are a legacy pop-punk band that reformed in 2010 after an archival release of their only full-length album, originally left unreleased in the early ’80s, saw a renewed interest in the band. Think Buzzcocks via the power pop of The Nerves — fast guitars and lyrics that read like teenage diary entries. The songs are damn catchy, and Protex played them with flawless precision to a receptive Hotel Vegas crowd (nearing capacity by this point). Despite the obscure nature of their recordings, there were a lot of people shouting the lyrics and singing along. SXSW has been good to Protex. This was their second appearance in as many years, and they played with as much energy and enthusiasm as their younger counterparts. –Jon Hadusek

Chicago rapper and recording artist Vic Mensa had been building a following of his own when Kanye West suddenly amplified his reach. Mensa guests on “Wolves”, one of several new tracks we’ve heard from West’s forthcoming album So Help Me God, and he performed the track last night toward the end of his headline set at Chicago Made. Kanye’s single art flashed behind him as Mensa whispered through the song’s main verses, only to circle back strong on the lyrics he originally lent the song.

In addition to his hit single “Down On My Luck”, Mensa performed a selection of cuts from the debut album he’s yet to release — he’s put out a couple mixtapes, but that first LP is still waiting on an announcement. These songs were new to us but felt wholly familiar after the first chorus; one in particular, called “Love Forever”, pitted burst-rap verses against a refrain so instantly addictive that some of the audience was singing along by the end. Mensa rapped about his city in another new song, about the violence that wracks Chicago, and about the brother he lost far too soon. But before he dove into that darker place, he pointed out the love he felt in the room — and then asked everyone to raise their lighters in a glowing salute. –Sasha Geffen

Though what we’ve heard thus far from Waxahatchee’s forthcoming album, Ivy Tripp, indicates it leans heavily on indie rock sounds, Katie Crutchfield chose to premiere some of the new material in a more intimate form at Mohawk. Playing solo allowed the folk elements that underscore much of her work to have their full spotlight, but on the other hand, it made it hard to get a full feel for the new songs. To be fair, she didn’t seem to have a full feel for them, either. Before playing a song we’ll call “Watching Me”, she admitted, “I played it for the first time earlier this afternoon, so we’ll see how it goes.” The track abided in a sweeter, purer folk with lines like “You’re the only one I want watching me,” and received a warm reception from the crowd, which brought a smile to Crutchfield’s face. On another new number, she wallowed in the darker side of her sound with lyrics like, “The darkness and music is the perfect escape.” The triple highlight, however, came midway when she invited her twin sister Allison on stage to provide backing harmonies on “Under a Rock”, “Blue Pt. II”, and “Lively”. While those three songs lived rounder and more true-to-written-form than the rest of the set, Waxahatchee still demonstrated that she’s tapping into a range on this new record that will make it a worthy addition to her catalog. –Ben Kaye 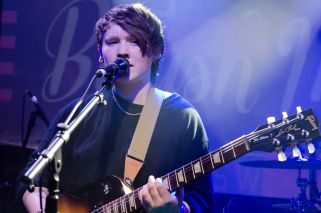 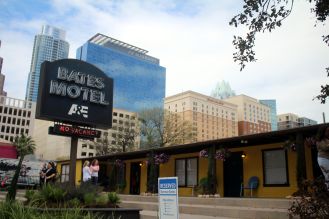 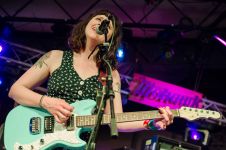 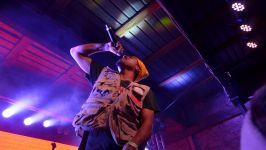 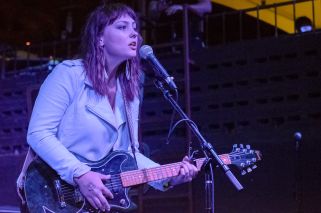 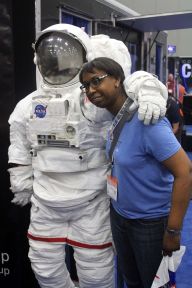 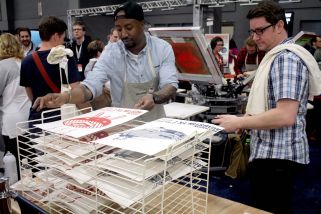 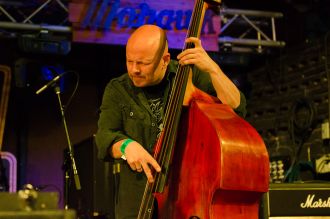 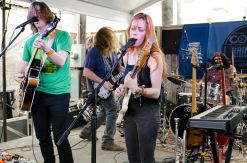 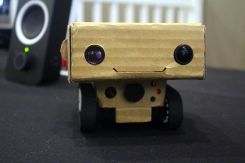 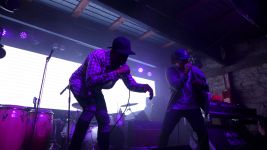 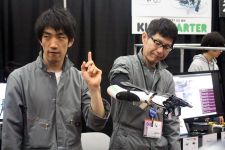 Chicago Made // Photo by Sasha Geffen 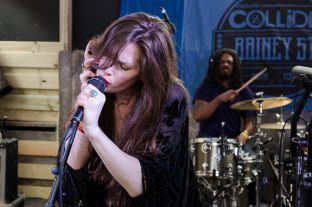 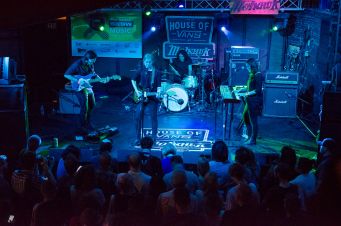 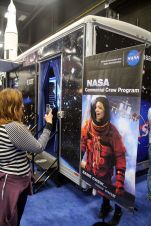 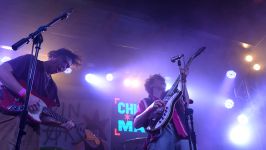 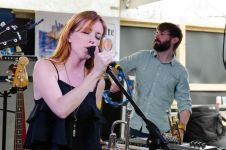 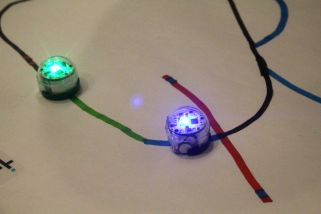