With B.B. King passing away in Las Vegas as Rock in Rio USA was set to begin its second weekend, the concert rightfully took a backseat to a much bigger story in the music world. And, the festival paid tribute before Taylor Swift’s set, showing video of King performing for a crowd that wasn’t exactly in his wheelhouse, hopefully enlightening a few to his greatness.

Still, Rock in Rio’s second weekend in America was notable for several reasons as pop music took center stage. Maybe most interesting is how wide of a net pop casts. There were still full bands like Echosmith and Magic! There were acclaimed songwriters like Taylor Swift, John Legend, and Charli XCX. And there was even a lone rap star in Big Sean. In 2015, pop feels less like a defining trait and more like a signifier on the audience they might draw. Unsurprisingly, more children, teens, and twentysomethings were present on weekend two, as the lineup skewed contemporary rather than nostalgic.

Also worth noting is the amount of female representation that the lineup possessed, with male singers being a rarity on Friday. Festivals with issues finding women to put on their lineups should look to Rock in Rio as an example of how it’s not only possible but also warrants a memorable festival experience.

By celebrating rising talent and some of today’s biggest music stars, the second weekend was ultimately more successful, providing a unique concert atmosphere that isn’t seen at rock fests, at EDM events, or at many other musical gatherings. Pop music may not have a reputation as a festival-going crowd, but the dedication of Taylor Swift’s fans, and the willingness to discover something new like Tove Lo or James Bay (along with Rock in Rio’s international flare, highlighted by the enthusiastic Ivette Sangalo) made for a worthy change of pace.

Who rose to the occasion and who sank like a stone? Check out our ranking of all the artists we saw, from worst to best.

There was a point during Magic!’s set where lead singer Nasri, while wearing a Bob Marley tee, literally asked the audience, “Do you like reggae music?” This seemed like a trick question, even when coming through a faux Jamaican accent. Answering “yes” would mean that you likely despise the manifestation of its influences in the band you were watching, but answering “no” would mean you probably weren’t interested in Magic!, including its massive hit “Rude” or its cover of The Police’s “Message in a Bottle”. Despite the fact some rabid fans did exist for their set, Magic! ultimately seems like a band for no one.


Empire of the Sun

What’s the worst thing that could happen during a set by the always-energetic Empire of the Sun? If you said frontman Luke Steele rocking too hard and launching his crown to the ground, breaking it, and having to perform the whole set with his normal, still crown-shaped hair showing, you are half right. But other things for the electro-band didn’t click, either. Maybe it was the small, largely sitting crowd. Maybe it was the sun still being up. Either way, the group failed to make an impact, drawing more curiosity than the expected dancing.

Ed Sheeran sounds like Jack Johnson if he never got past “Rodeo Clowns”, with a few ballads thrown in for good measure. Every generation needs someone like this, but the lack of taste level isn’t the worst part of his act. Sheeran loops his own accompaniment, like many indie artists have been doing for a very long time. But no one else feels the need to explain to the audience that they are looping or how looping works, with Sheeran Ed-splaining to us all the process of looping like he deserves a medal. It was insulting to be spoken to from the stage with the assumption that his fans didn’t understand where the sounds they were hearing were coming from.

Echosmith, four Los Angeles siblings with energy and poise to spare, treated Vegas to virtually the entire set that a smaller room would get had the band been headlining. With not one member even 18 years old, they still have plenty of time to grow into the big stages, as some of their charm was lost when they had to run across a giant stage to interact with each other and display their chemistry. But, a cover of Talking Heads’ “Naive Melody” keys in a mature taste level beyond their years, even if their stage banter is still a little preachy and overly-rehearsed. If they can keep cranking out hits, the Haim sisters might have their work cut out for them as L.A.’s premiere sibling act.

Whatever level of star James Bay currently is, whether he’s more at home at KROQ’s Weenie Roast or opening pop weekend at Rock in Rio, the impression Bay left on Friday afternoon was that of great potential. Armed with a strong voice, a charming personality, unquestionable good looks, and songs that already had early-bird fans singing along — particularly “Let It Go” and “Hold Back the River” — Bay seems like a sure bet for success. He earned bonus points for mentioning B.B. King’s passing early in his set, showing a respect for a music history that he is just starting to take part in.

Some of Rock in Rio’s best moments were when the “Rio” was emphasized over the “rock.” Such was the case during Ivete Sangalo’s set, playing to an enthusiastic and supportive crowd of country people who had made the trek for the event. A spill in the opening moments of the opening song didn’t slow Sangalo down, as she played up the embarrassment when she would move around the stage, laughing it off. And for those that couldn’t understand her originals, she offered a cover of Stevie Wonder’s “Master Blaster” that bridged the language barrier.

Mayer Hawthorne deserves bonus points for filling in on short notice for Sam Smith whose throat apparently exploded or some shit. Hawthorne’s neo-soul manages to avoid feeling too cheeseball like so much of the genre, with the singer incorporating more duties over years, including playing guitar and percussion, while originals weaved seamlessly with bits of Snoop Dogg’s “Ain’t No Fun (If the Homies Can’ Have None)”, Bell Biv DeVoe’s “Poison”, and Aerosmith’s “Walk This Way”. If this sounds like a wide range of influences, it is, and Hawthorne wears his eclecticism proudly, serving as a worthwhile afternoon musical diversion.

Tove Lo’s music tries to be lyrically provocative, and on stage she proved to be the R-rated pop singer implied by her songs. F-bomb dropping and drug-laced lyrics were matched with a leather jacket, see-through pants she showed off by often turning away from the audience to shake her rear, and stage banter centered on getting drunk and partying. It’s hard to think of any of this as out of place in Las Vegas, and Tove Lo certainly fit the city’s atmosphere, but it was for the festival, whose bill included wholesome acts like Taylor Swift and Echosmith. Still, Tove Lo’s personality comes across as more genuine than phony, using pop music as a vehicle to adopt the language and the themes that are actually relevant to modern teenagers.

The rebellious attitude that Tove Lo brought to the Mercedes Benz Evolution stage was pushed further by Charli XCX, from her opening “fuck you, sucker” refrain to her leather jacket matching Tove Lo’s. And like Tove Lo, Charli seemed willing to take her on-stage persona further than she does on record, turning the hit she wrote for Icona Pop, “I Love It”, into a fast, punky barn-burner. Maybe the best thing about Charli’s set was her ability to take her rock tendencies and make the pure pop of “Superlove” seem like a natural extension. For Charli XCX, genre is a restriction she never buys into, and that’s what makes her sets dynamic, and her songs continually the potential for smash hits.

Jessie J had several things going for her second stage close out set on Friday evening. For one, she has the best voice of any of the day’s pop singers. But even better than her talent was her willingness to bend it into creative shapes, incorporating hip-hop into her pop in a way that felt fresh and her own. Her kitsch, which included a Las Vegas top, made a song like “Flashlight” all the more affecting, when she slowed things down and let her words find emotional resonance. Following a solid lineup on her stage, Jessie J showed them all why she is near the top of her field.

Reggae fans who felt disenchanted by Magic! were rewarded by a charming set of dub-influenced new songs from the British singer Joss Stone. If it feels like a while since we’ve been talking about Stone, we have, but she appears ready for a return to the throne of adult pop with her upcoming July release, Water for Your Soul. Older songs like “You Had Me” were all punched up live, and Stone’s enchanted twirling and overall regal nature made the set a clear standout in an otherwise strong weekend.

After a few songs that made Rock in Rio party unlike the first three days, Big Sean noted on the festival’s final day, “I’m the only rapper on this bill. I’m gonna have to go big.” And go big he did, delivering solo hits that an insane amount of people sang along to, in addition to his notable features on “Clique”, “Mercy”, and “Sanctified.” And though Sean claimed to be “only there to party,” he added moments of poignance, reflecting on how he met his DJ or his own rise to fame, enjoying every moment with the large crowd he attracted. If any rising artist performed above and beyond expectations, it was Big Sean, finishing with one of the set’s biggest moments: a huge “I Don’t Fuck with You”.

Everything Taylor Swift represents since the release of 1989 continued into her first U.S. performance of the 1989 tour. Her social media coverage, and as a result the bulk of her news coverage, is about her friends, her lifestyle, and, most importantly, her recent songwriting. The 1989 tour is aiming to capture a specific moment in time for one of music’s biggest stars, and that is exactly what it does.

Her friends showed up early in the set with a series of interviews on the big screen, including Lena Dunham, Haim, Selena Gomez, and several others, explaining how they met Swift, what it is like to be her friend, and why they love her. Later, another one of her friends, Ed Sheeran, popped by for a duet, allowing Swift to wax nostalgic on their three-year friendiversary. These moments brought fans into Swift’s world more than the songs ever could.

As for New York’s place in the set, the performance opened with the stage meant to look like the city and continued to be a theme with the iconography. Throughout the set, Swift would reflect on the city during her on-stage speeches, which typically introduced each song.

But while her friends and her home are huge for Swift right now, the set’s real goal, which was achieved in spades, was highlighting her newest material. Swift rarely diverted from the 1989 material, which may disappoint some wanting more of a retrospective, but that’s where she is right now.

Having changed and grown so much in the public eye, any representation beyond who she is in this moment would feel insincere. The opposite occurred on Friday: a pop spectacle that felt deeply personal. Is there anything better in live music than that? 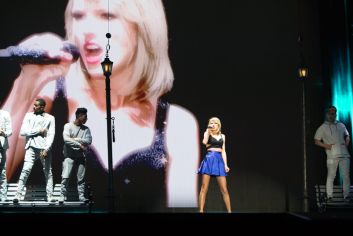 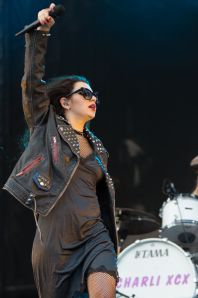 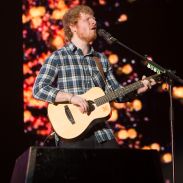 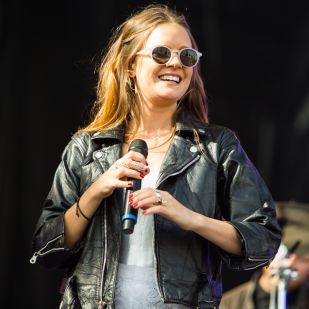 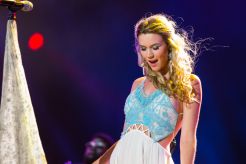 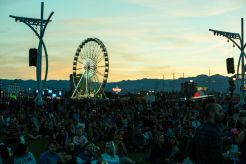 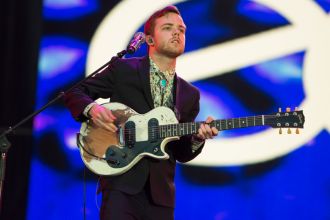 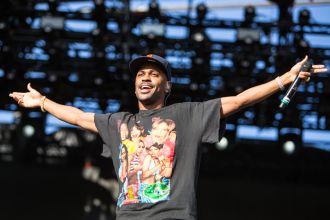 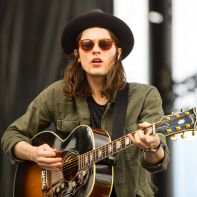 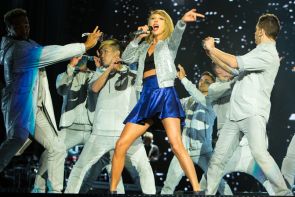 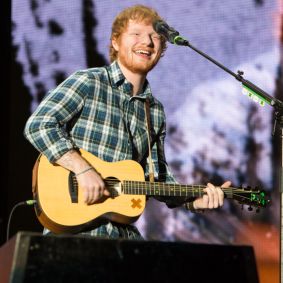 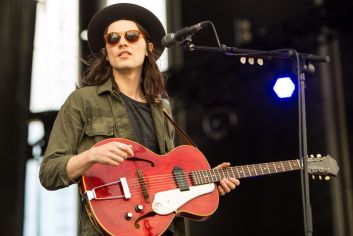 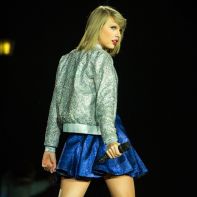 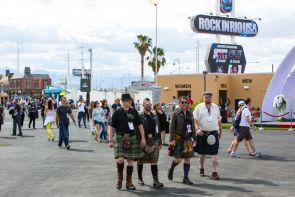 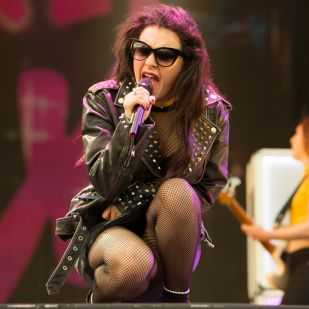 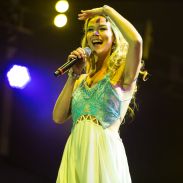 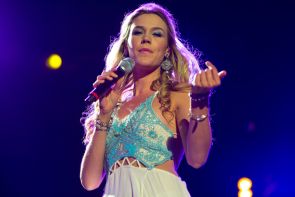 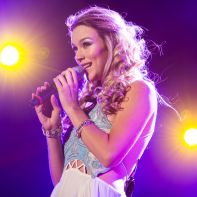 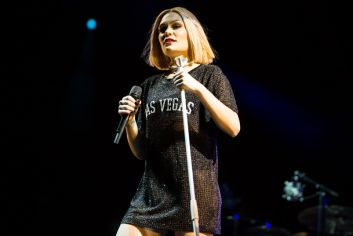 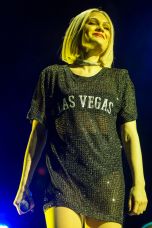 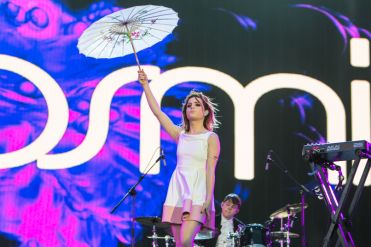 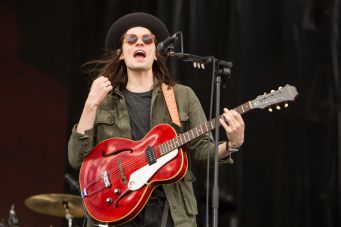 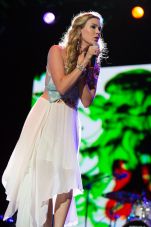 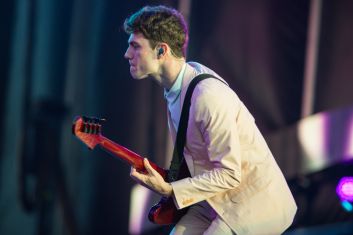 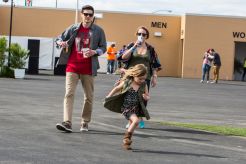 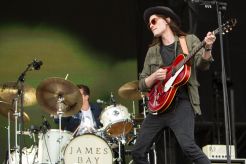 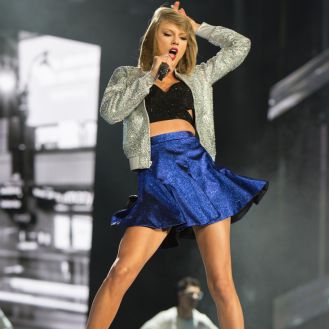 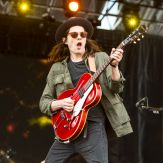 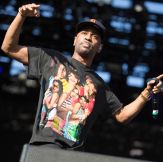 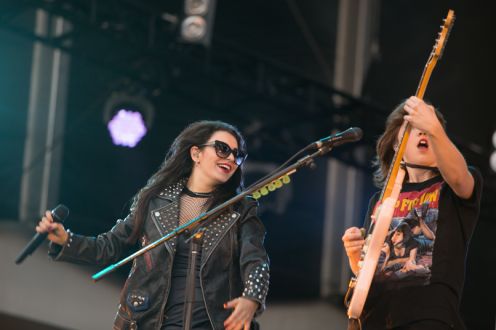