Creepoid slithered through smoke for their mix of ’90s garage rock and Garbage-esque tunes before Refused took the stage to an anxious Brooklyn crowd mixed of 30somethings and younger fans alike. The opening ringing of “Elektra” immediately verified the band’s new music; maybe some of the new tunes would be poorly received, but at its finest, the punk machine is still roaring strong. Vocalist Denis Lyxzén’s howl of “Nothing’s changed” likely works amazing as an album opener, and its live effect is no different; fans may not know the words, but they cling to the two words, knowing the mantra works for political dissatisfaction and a justification of why they’re still making music.

After “Elektra”, Refused dove into “The Shape of Punk to Come”, its instrumental parts enabling Lyxzén to dance around like he was casting spells, his arms waving like a ragdoll caught in the wind. Every two or three songs, Lyxzén would talk to the crowd, praising New York City Hardcore in the ’80s, claiming his own band wasn’t that tough, cracking jokes, or saying a lengthy and sincere thanks to the fans that have enabled their success.

The three string players remained silent but into it, quietly headbanging in their position, nailing even the most difficult parts with a whispered perfection, but a fan with a keen eye could spot drummer David Sandström shouting the lyrics along even through his stuttered rolls and subtleties, his arms wailing around like an octopus on drugs all the while. There was a chemistry you could spot, maybe something they’ve always had between them, but now an energy showed they all wanted to be there. Even after the reunion tours, they act like they have something to prove.

The setlist prominently took from The Shape of Punk to Come, but fixed in the most notable oldies, like “Rather Be Dead” and “Coup d’état”, and songs from the upcoming Freedom. The new songs were almost all well received; the energy felt oddly deflated during “Françafrique”, but the first-time performance of “366” livened the crowd even if they didn’t know the song. “366” lead right the final two songs, “New Noise” and “Worms of the Senses / Faculties of the Skull”. A combination of mixing their new songs in at the right moments, nailing every single musical part, and Lyxzén’s voice (which is somehow deeper and stronger, older but still unchanged) makes one thing clear: their live show is still strong. If their energy holds, they’ll be paving their path for years to come. 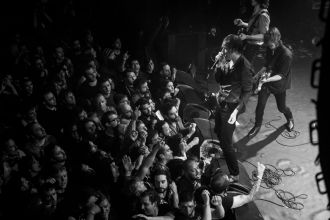 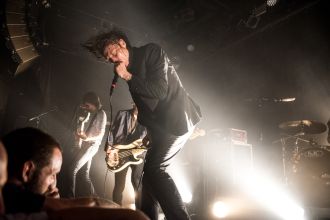 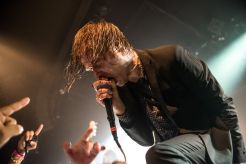 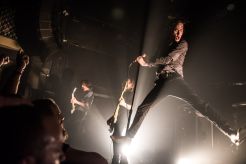 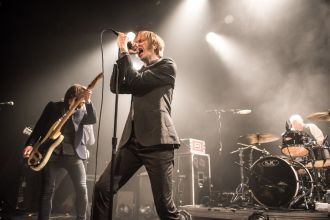 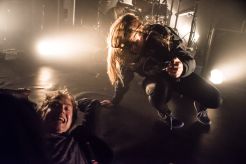 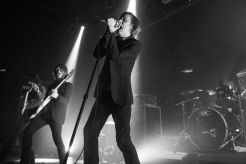