Sure, you can compare Ryn Weaver to Lana Del Rey or even Taylor Swift — her songs are catchy, and the lyrics about ex-lovers are all too familiar. However, after her sold-out show at Music Hall of Williamsburg, it’s clear that the 22-year-old Californian has a whole lot more up her lacy sleeve than a handful of pop songs and bohemian chic.

After Sam Dew opened with a set of soulful high notes and lo-fi R&B vibes, Weaver burst onto the stage in a velvet, embroidered romper and opened with “Runaway” from her debut album, The Fool. She’s wild and unpolished, whipping her ponytail and dancing on all corners of the stage. Maybe it’s because she shot to stardom seemingly out of nowhere (working with Charli XCX, Michael Angelakos, and Benny Blanco), but her persona doesn’t come across as calculated or pre-packaged. You’re not getting force-fed an image of a record label-molded pop star; Weaver’s got soul.

Citing her late grandfather as an inspiration to walk the unbeaten path, she dedicated “Traveling Song” to him and broke into tears halfway through without missing a note. With a knack for storytelling and vocals that shake with deep emotion, she delivered a vulnerable performance Saturday night in Brooklyn. 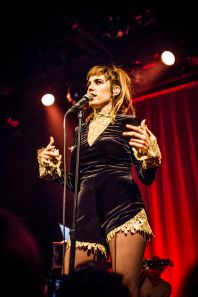 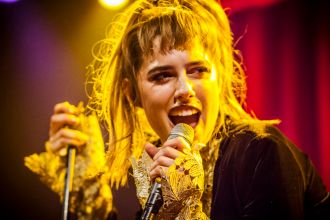 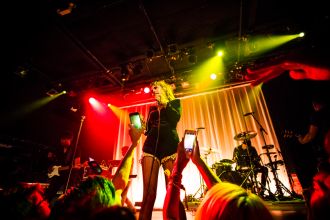 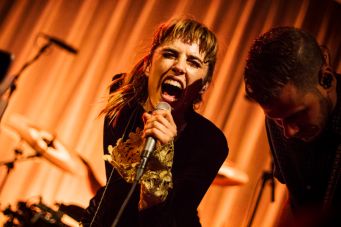 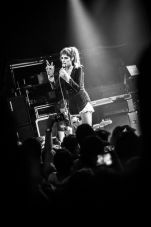 In Photos: Ryn Weaver at Brooklyn's Music Hall of Williamsburg (7/25)