It’s a hot July night, and a crowd of twentysomethings are dancing unashamedly. They throw their hands in the air and whoop throughout songs. It’s typical behavior these days for a hyped-up hip-hop or DJ set. But this is neither of those. This is jazz.

Tenor saxophonist and composer Kamasi Washington kicked off his first tour Thursday night at Neumos in Seattle. It’s just one of many hallmarks he’s had this year. In March, he drew attention for his contributions to Kendrick Lamar’s critically acclaimed album, To Pimp a Butterfly. Shortly after in May, Washington released his first proper record, The Epic. Clocking in at three hours long, it lives up to its name.

Given his accolades and cosigns from Lamar and electronic wunderkind Flying Lotus, Washington finds himself being embraced by a larger audience. For outsiders, like myself, jazz has appeared to be stagnant over the years. There’s no doubt that there have been brilliant musicians who’ve gone unnoticed, but Washington has a rapt audience. As a large man dressed in robes and dawning a gold medallion, his mere presence commands attention.

Within the opening moments of his set, the band launched into fiery keytar and sax solos. The band’s sound is immediate. It pummels like punk and captures the audience like a hymn. Washington doesn’t so much play the sax as he preaches with it. What starts out as a simple melody quickly explodes into rapid screams and howls. It’s hellfire and love all wrapped together, curdling out of the bell.

Every person on the stage was exceptional at their instrument. Washington was backed by two drummers, a trombonist, a bassist, a keyboardist, and the lovely voice of Patrice Quinn. But that alone isn’t what made the show so compelling. It’s how they deviated from the strict confines the genre has become associated with in recent years. These were bold sonic explorations of their recorded works rather than faithful adaptations. Their playing felt dangerous, hardly ever slowing down or relying on a familiar tune or idea. Bassist Miles Mosley would run his stand-up bass through phase and wah pedals, playing notes that ran right off the neck. Whenever keyboardist Brandon Colerman was given a chance to jump out on his own, he’d bend tones and sounds on his Moog Liberation that verged from West Coast g-funk to space-metal weirdness.

Emotions were already high at this point, with the crowd enthusiastically devouring every note. Then Washington found a way to up the ante. Before playing “The Rhythm Changes”, Washington told the audience they were in for a special treat. He introduced Quinn, who had been dancing and swaying on the stage for the first few songs. Then he called up the man who he says taught him everything he knows, his father and soprano saxophonist Rickey Washington.

Rickey performed an inspired interlude himself, but perhaps his greatest and most meaningful contribution was as he watched his son deploy a fury of hypnotic tones on his own. After Kamasi finished his solo and the band kept playing, his father gave him an embrace. It was quite literally watching two generation of jazz artists come together and pay respect to one another.

Throughout the two-hour set, the band played select cuts from The Epic. But nearly half the set also included unreleased material from his bandmates that was recorded in the same month-long recording session as The Epic. It was clear that the community between the artists was just as vital as the music they were playing. The crowd was happy to lap up whatever the band wanted to dish. There was no need to call out favorite tracks or requests. The point was to let these master-class artists venture into unknown territory.

Washington is a legend in the making. That’s not an overstatement. This tour is a chance to see a jazz great before he’s immortalized in academic papers and mythology. He’s forging new ground for a genre and redefining what it means to appreciate jazz in 2015. There is no need to have a history with jazz or even a peripheral liking of the music. Washington and his crew will take care of all that. The point is to absorb the music, to let it sit in your chest and satiate your eardrums. 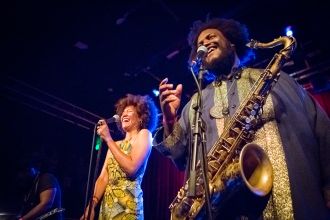 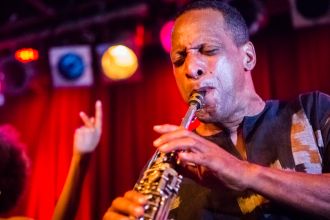 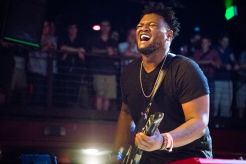 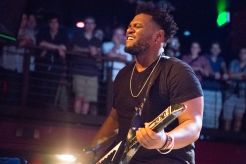 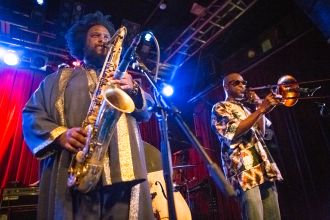