We’ve all seen the festival lineups on social media where they remove all the male-fronted acts and what is left is a scattered sampling of artists, resembling 10% or 20% of the festival bill. And as much as we criticize many music festivals’ ability to book something close to a balanced lineup, it’s hard to say things get better from year to year, with some events making an effort and others aware that they will still sell out regardless of whether they book an ample amount of non-male artists.

Enter Burger A-Go-Go, now in its second year, curating a lineup entirely made up of female-fronted acts. It’s no Coachella in size, but the event is growing, occupying the same-sized venue that their other Orange County, California event, Burgerama, would utilize in its own second year. Burgerama has since expanded, requiring the space in the parking lot outside of Santa Ana’s Observatory and Constellation Room, and with the solid turnout at Burger A-Go-Go, it was easy to imagine the gathering growing on the same trajectory.

But even if it doesn’t expand, Burger A-Go-Go feels important. Seeing an audience made up of a majority of young women, particularly at a rock show, is rare and the fest’s existence and success is a testament to the fact that there is an audience of women for music festivals. A food truck or two would have been nice as the lines for food were pretty ridiculous, and the festival did not allow ins or outs, but regardless, the event curated a vibe that allowed people of similar interests to gather as a community, to support their friends’ bands, and witness sets from some of their heroes. The overall impression was of positivity and inclusion, where men were free to join in the women’s celebration, but where the intended audience was never to be confused.

Of the dozens of acts, the following eight were the most memorable, some for better and some for worse.

With a day mostly populated with loud, punk-influenced rock, it wouldn’t have been surprising if former-The Moldy Peaches co-frontperson Kimya Dawson would have had trouble maintaining the interest of the largely teenage audience. But the reality couldn’t be father from the truth, with Dawson greeted by an audience ready to sing along to her older tunes and to learn and participate with her more recent material. With the Observatory stage packed with onlookers, it was a larger audience than Dawson would typically play to, and the turnout seemed to elate the songwriter. And most powerful was the set closer, a recent song called “At the Seems”, which speaks of police brutality and violence against trans people, performed without musical accompaniment. When Dawson would say a particularly poignant line, the audience would erupt with approval, clearly hanging on every word and idea that Dawson had to share. Afterward, Dawson made her way out of the artist compound to take photos with fans. It was one of the most all-around winning performances of the day.

Two of the biggest Burger standby acts, Los Angeles-based acts Cherry Glazerr and Bleached played back-to-back on the Observatory stage as the day turned to night. The presence served to highlight a couple of things: a.) that the Burger A-Go-Go bookings had really thought outside the box with the bulk of their lineup, and b.) that acts like these two are essential for maintaining the identity of a Burger fest. For teenagers growing up in Southern California right now, these are bands that they don’t just relate to, but that they have come to relate to as local icons, far bigger on a regional level than they are nationally. For a casual fan, they may not glisten with mystery or prestige, but for the Burger faithful, they are guaranteed to crowd-please, and the best case scenario for many of the younger bands on the bill to aspire.

If everyone embraced appearing at a music festival the way that Kate Nash did on Saturday, music festivals would be infinitely better. It wasn’t just that Nash and her incredible three-piece backing band brought more showmanship, chops, and energy than bands do at a typical fest set, but Nash went the extra mile and made the appearance suited for the specific event. This began just two songs into the set, when she invited Kimya Dawson to join her, dueting on Dawson’s best known song, “Anyone Else But You”, thanks to the film Juno. The moment was dynamite, with Dawson and Nash making eyes and holding each other close for the song’s conclusion.

Later, after Nash had won over the audience with originals, she created a singalong moment for a cover of Meredith Brooks’ “Bitch”, an apt choice considering the event. And she wasn’t done there, speaking to the crowd about the inspiration she drew from some of the other acts, speaking of the importance of positive self-image. She then dedicated a dual cover of Bikini Kill’s “Rebel Girl” and FIDLAR’s “Cocaine” (with the latter’s chorus changed to “Girl Gang” as she has been doing for a couple years), paying homage to a hero while at the same time imparting to the audience the impact that performers like Kathleen Hanna, Chan Marshall, Kim Gordon, and Kimya Dawson has had on so many of the performing acts’ careers. When Nash took to crowdsurfing near the set’s conclusion, the symbolic nature of women holding up another woman could not have been missed.

While established acts took to the event’s main Observatory stage, the Constellation Room was reserved for acts on the rise, and maybe none showed a greater potential than Peach Kelli Pop. The group’s exuberant melodic punk packed the few hundred person capacity room and resulted in endless bouncing and eager audience engagement. Frontperson Allie Hanlon can craft an infectious song and has surrounded herself with capable musicians that aren’t likely to drown out her sugar-and-spice mixture, making the attention the band has received of late seem totally deserved.

Not every set at Burger A-Go-Go was memorable for a good reason. Despite how much we might love Kim Gordon and her work with Sonic Youth, her appearance as a duo with Alex Knost (of Tomorrow’s Tulips) as Glitterbust was not easy on the ears. Playing on a mostly dark stage that made it hard to notice any looks of chemistry between the two, fans were forced to just listen to the screeching guitar wails that lacked more than basic melodies and occasional senses of rhythm. If you were to discover that the act was actually making up the songs on the spot, it would be easy to believe. In the end, the duo’s appearance seemed to rest on Gordon’s past achievements, which, truth be told, is a pretty safe place to build a base. But Glitterbust was just plain bad and fortunately the set didn’t last very long.

Kathleen Hanna’s excellent project, The Julie Ruin, should have been the night’s headliner. Though her earlier projects Bikini Kill and Le Tigre are more well-known, the Julie Ruin manages to turn an audience’s attention mostly toward Hanna’s recent output while not feeling like what makes Hanna such a hero is being neglected. On stage, Hanna is funny, energetic, and, well, captivating. For those of us that didn’t get to see her earlier bands in their prime, there was no feeling that we were getting a shell of a past self. Hanna felt very vital and her music still very worthy of a large audience and undivided attention.

Beyond the performance, though, was a moment that deserves mention. Early in the set, a man in the audience shouted at Hanna his feelings that she is “sexy as hell,” which was followed by a woman in the audience shouting her anger that the man had stifled the shouts of another audience member in order to be heard. Hanna was sort of bewildered by the situation, earning laughs when she asked if the crowd could police itself, noting that no one should feel uncomfortable at shows, while also making it clear that she is not a school teacher or a security guard meant to make sure everyone behaves themselves.

And while some might have expected Hanna to feel upset by the objectification by the dude’s comment (and make no mistake, the guy is a definite jerk for pulling that move in what should have been a safe space), Hanna was actually a little flattered by the remark. “I generally like being told I’m sexy,” said Hanna. In the end, Hanna went into the audience to make sure everything was cool, a rare moment of tension in what was mostly a very positive event. Fortunately, the Julie Ruin’s commanding performance more than overshadowed this brief moment of weirdness.

First things first: Cat Power is a treasure and getting a chance to see her sing songs, both her own and her stripped-down covers of classics, is always a treat. But with a start time of 12:30 a.m. and sans any backing band, the effect was more of a denouement to the Julie Ruin’s climax rather than the big finish you hope for a headliner. Still, the set was effective for those that understand the nuances of Chan Marshall, including her constant struggle with performing live that makes the very action of her singing on a stage always seem like a victory of sorts. Unfortunately, fan comments got under her skin, making the end of the set lose focus, but it didn’t result in any loss of respect for what Cat Power does, but rather, just the decision of putting her in a situation that she was hard-pressed to succeed in. 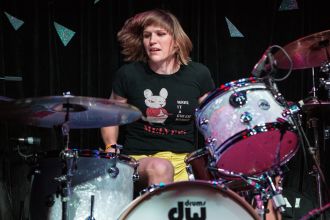 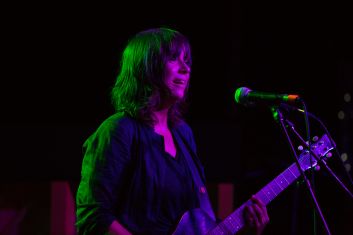 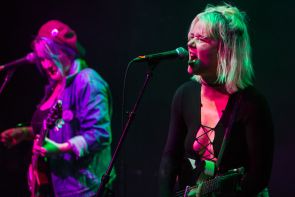 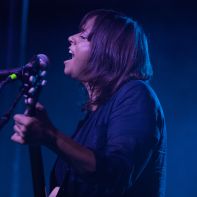 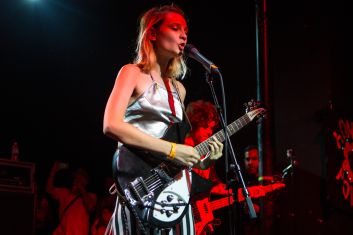 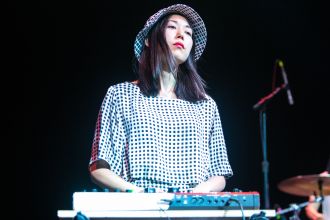 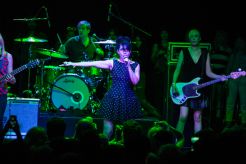 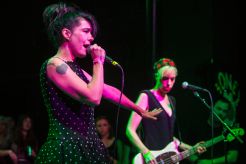 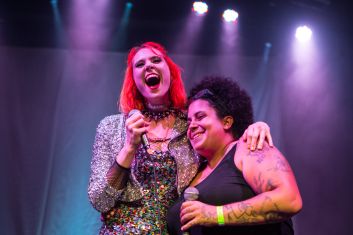 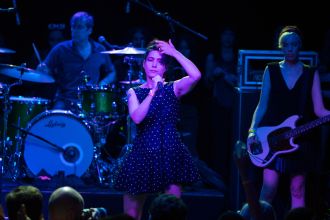