It might seem surprising that two seemingly low-key dudes from Seattle sold out three NYC shows at Terminal 5. But the truth is nearly all of ODESZA’s dates on their In Return tour are sold out, and their success hinges on the big beats with ethereal hooks cooked up by duo Harrison Mills and Clayton Knight. They blend shimmery, celestial vocals (most times, non-lyrical) that you can daydream to — but with tribal beats that could move statues. With this unique combination, ODESZA easily taps the EDM crowd that’s hooked on beat drops while appealing to a wider audience with their intricate, dreamy arrangements.

ODESZA came onto a dark stage and with a single, thunderous hit on the drums flanking both sides of them, the show started with a blinding burst of light. Giant, hypnotic visuals behind them synced perfectly with their songs as each track blended seamlessly into each other — their set’s fluidity speaking to the cohesive quality of their album. A few songs practically erupted with the addition of live trombone and trumpet players at the back of the stage, including their popular remix of ZHU’s atmospheric “Faded”, which featured a slow-motion visual of a falling man projected behind them.

Not only was their set cinematic at times, but between the light show, orchestrations, and galactic backdrops, the group transported its audience to a dream state. Still, in spite of their audience’s transportive journey, the pair remained mostly stationed at their launchpads and drums, managing to keep the energy high from their home base.

Though their songs melted into each other, it was easy to discern when they played a crowd favorite like “Say My Name”, as no one in that audience stood still. ODESZA finished the night off with an unreleased trap remix of Alex Adair’s “Make Me Feel Better” and AWOLNATION’s “Run” to the backdrop of Godzilla and a sea of white confetti. It was a move of celebration and triumph, and in the moment, it was well deserved. 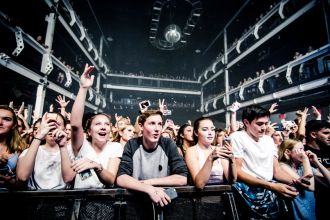 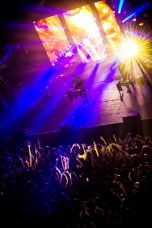 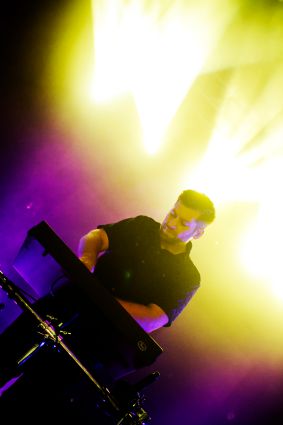 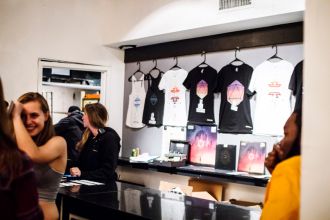 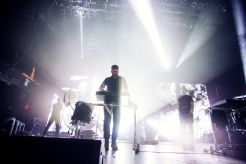 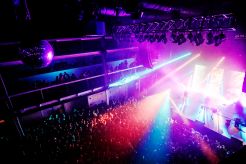