It should have been the saddest night of the year. American Football and David Bazan on the same bill has almost 100% certainty to be a bummer. At one point Bazan even joked, “A lot of rock music doesn’t need a trigger warning, but I feel like mine does.” This comment could’ve easily been extended to American Football as well. People who listen to either or both acts aren’t typically looking for a rowdy time — at least that’s what deductive reasoning would have implied. Instead, the Neptune Theater on Friday night became hallowed ground.

It’s easy to guffaw at reunion shows in an era where it seems like every band saddles back up to cash in on the festival circuit. But acts like American Football, returning more than 15 years after their sole release, mean something to a lot of fans. As soon as guitarist Steve Holmes opened the set with the serene riff  of “Five Silent Miles”, there were shrieks and cheers of disbelief. “Five Silent Miles” isn’t some massive, arena pronouncement. It’s a muted instrumental, slowly building with layers of clean and heavenly guitars. But for these grown emo fans, it might as well have been “Welcome to the Jungle”.

That feeling of awe and reverence didn’t diminish throughout the night. One man yelled out, “I can’t believe this is fucking happening,” later in the set right after “I’ll See You When We’re Both Not So Emotional”. Drummer Steve Lamos served double duty, playing trumpet interludes and looping the brassy melodies. It’s hard to imagine songs like “The Summer Ends” without these moody parts; the trumpet textures and guitar tones have always been key to American Football’s success.

Yet some of the best moments of the show were when frontman Mike Kinsella would step away from the stage, let the band play, then come out alone. Without his guitar, he felt especially unarmed approaching the microphone to sing “For Sure”. It took away that superficial barrier and captured that vulnerable feeling that permeates throughout the band’s work.

For over a decade and a half, these songs have been played in bedrooms and on long car rides alone, or maybe while opening up to a close friend. Sure, that sounds cheesy and overwrought, but emo music at its core satisfies this solemn and, well, emotional part of our lives. Given that, we can finally say that American Football were one of the best bands to ever do it — and that’s with all respect to their predecessors who forged the path in different ways. It’s undeniable when seeing a group of people ranging from their teens to their early 30’s all chanting along to “Never Meant”. A realization happens: Maybe these songs weren’t meant to be listened to alone; maybe they were meant to be sung together.

American Football Setlist:
Five Silent Miles
The One with the Tambourine
Letters and Packages
Honestly?
For Sure
I’ll See You When We’re Both Not So Emotional
You Know I Should Be Leaving Soon
But the Regrets Are Killing Me
The 7’s
Stay Home
Encore:
The Summer Ends
Never Meant 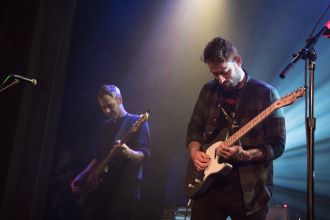 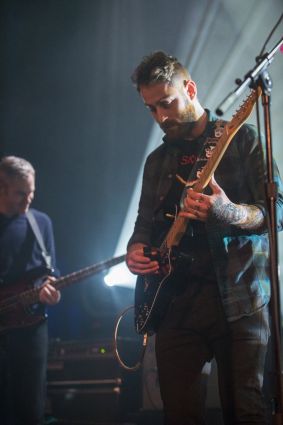 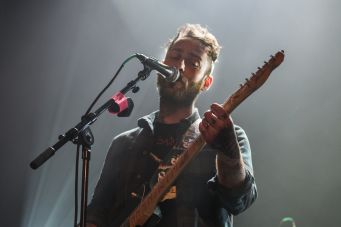 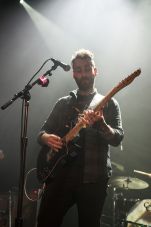 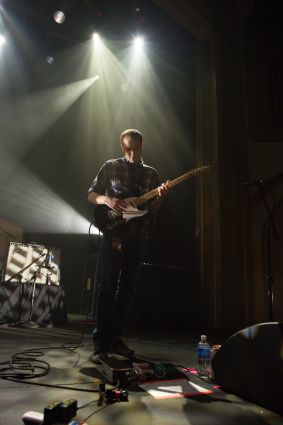 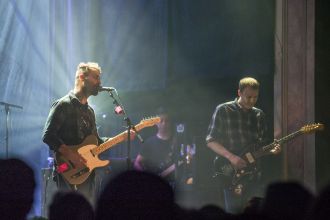 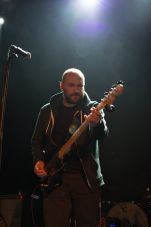 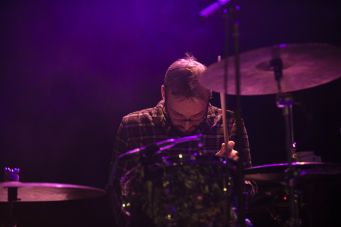 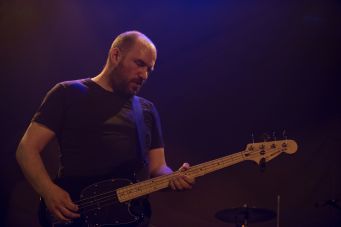 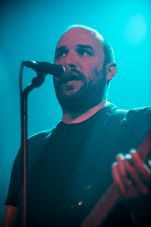