If the last few years have taught us anything, it’s that representation matters. From the legalization of gay marriage to discussions on feminism to music addressing institutionalized racism, there is, front and center, a sleepless fight to balance rights in America. While we’re still very much at the beginning levels of real change — imagine if the US did less fighting and more solving? — with a long way to go, we’re making small changes to fix that. When there’s a lack of diversity, there’s a lack of variety, and when there’s a lack of variety, things remain flat. Why maintain the status quo if it does just that?

Hidden away in Santo Domingo, Dominican Republic, is a festival that, intentionally or not, is helping solve that. Isle of Light, an annual one-day music festival that’s now in its third year thanks to festival promoter Mishu, brings together a variety of music, food, talks, and activities on the sandy peninsula of Lighthouse Punta Torrecilla. Just across the water from the rich history of Santo Domingo’s colonial neighborhood, the festival is an explosion of culture in a third-world country that very much doesn’t feel like a third-world country. You can sit on a speed-circling Ferris wheel with a stranger you met moments earlier. You can zip-line across the width of the festival for an aerial view of the headliner. You can pick up cassettes from a local record store with a cup of local rum in hand. It’s a peek into the Dominican Republic’s culture over the course of a day that, from start to finish, refuses to stop diversifying what it has to offer.

Of course, there’s no more obvious spread of representation than that of the lineup itself. Things kicked off with IOL PRO, a discussion-based round of panels and workshops on music, technology, and promotion. As Mauricio Alvarez, Joel Moya, Julio Brea, Janette Berrios, and more shared their knowledge on the topic, the tent began to fill up, people eager to hear from industry professionals. Suddenly, things began to slow down. Festivalgoers sprawled across beach chairs by the water’s edge. Massive banana bunches hanging from tree trunks (EDM fests, take note: this is how you keep kids from passing out) saw friends circling around them for a snack. The festival had apparently taken a universal pause — and no one seemed to care. Artists took the stage two hours later — a scheduling change-up that would see American festivals in a sweaty panic — without the faintest sign of stress on their face. That’s island time, and no one was bothered by it.

Dominican Republic DJ Selektor 7 kept minds entranced with his picks. Seeing a non-white male claim the house DJ role was the first of countless differences from western festivals. Isle of Light prides itself on pairing locals with international acts. Right from the start of Playa o Radio’s set, a local four-piece whose full sound matched the explosive crescendos of Explosions in the Sky with indie pop hooks and the ferocity of Foals, the country represented itself with flying colors. If anything, acts like this deserved to be higher up on the bill, their ability to entertain while imbuing charisma in every song impressing more than the acts to follow. Still, things shifted dramatically from one genre to the next. Perhaps the most effervescent set to come from a Dominican Republic band was that of El Gran Poder de Diosa. Six members, all dressed in white from head to toe, kept things traditional — and the crowd’s dance moves changed to match. While the audience broke into salsa-like twists, the songs led with Spanish guitar and bass. The band’s real flair came from the percussion end. The eldest of the bunch sat on a chair in the back, rotating between a series of skin-covered drums, while the drummer, an enormous shaker glued to one hand and a cowbell square in the other, never once letting up his toothy smile.

Isle of Light kept the bill balanced to represent gender diversity as well. When self-proclaimed feminist electronica trio Mula took over, the whole vibe changed. The three placed tropical-tinted riffs over heavy bass, delivering lines with the hypnosis of The Knife had Karin Dreijer Andersson been a snake charmer. Arguably the most fascinating set of the night came from Francesca Lombardo, an Italian-born UK DJ who has carved her path by playing sets across the world. Instead of the usual bass-heavy club hits, Lombardo puts dreamy melodies at the center, creating a hypnotic rhythm that keeps crowd energy high, all held together by visceral vocals. After winning the DJ Award for Best Newcomer in 2013, she’s gone on to master the art of stacking orchestral compositions with subtle samples — a feat present at her 3 AM set.

Then, of course, there are those who have no gender at all, like Shamir. The Las Vegas native took the stage with a modest giggle and a note to the crowd that he was here to have fun. Naturally, everyone screamed in agreement. As he plowed through a set of hits like “On the Regular” and “Call It Off”, the crowd went crazy, spreading themselves thin just so there was enough room to dance wildly, though cutting themselves off when he went into a heartfelt ballad. Even on a tiny island in the Atlantic Ocean, post-gender deserves — and owns — a place on the stage.

As part of their goal, the festival ropes in talent from neighboring countries like Puerto Rico to diversify the curation. Dance duo Los Walters went heavy on synth and static dance moves. While flooded by lights, the two brought the energy of a Brooklyn club with the backing samples of the tropics. Compared to rapper Álvaro Díaz, a fellow Puerto Rican bursting with energy, their set felt stagnant. Díaz burst off the side stage with undeniable force, trotting its edge like he was too crazed to sit still. The budding rapper sings in his native language, a wise choice given his rap pulses with a heat representative of the country on cuts like “Manana” and “Groupie Love”, which sets him apart from other rap newcomers, especially by singing his own choruses to contrast the speed of each verse. Expect to see him rise in the next year, his talent and presence too bold to not earn a spot on western festivals after he performs at SXSW this year.

Out of the four American bands on the bill, Unknown Mortal Orchestra was the only one that dominated from beginning to end. Miami act Krisp took a dad rock approach to Vampire Weekend-like indie rock that lost its appeal three songs in. Neon Indian, despite being the festival’s headliners, got lost in their synth sound, clouding up the stage with songs that turned stale after several minutes. Apart from inciting collective moments of dance with “Slumlord Rising”, the most impressive part of the set was frontman Alan Palomo’s commitment to engaging with the crowd in Spanish, an easy language switch for him given he was born in Mexico.

There’s no denying Unknown Mortal Orchestra was the band audience members were most excited to see. Each song was bookmarked with shrieks — an unsurprising level of excitement given fans were screaming even as the band set up their gear moments earlier — right from opener “Like Acid Rain” on through to older cuts like “How Can You Luv Me”. The four members took turns soloing, including a massive drum solo that left the crowd in awe, bringing slower cuts like “The World Is Crowded” to new levels. After closing with a back-to-back pairing of “Multi-Love” and “Can’t Keep Checking My Phone”, two songs that got the biggest feedback from the audience, they left to the steadfast pleas for an encore, a request that didn’t let up until the crowd realized Neon Indian had to follow suit.

Isle of Light makes it seem like brewing up an amalgamation like this is easy. Speaking to those involved, I found out it may actually be that simple. Scoring a beautiful festival grounds comes down to asking for it. Getting a food spread that boasts local sandwiches, handmade brownies, vegan Asian food, snow cones, and chocolate-filled churros comes from asking a local blogger — in this case, Stephanie Gerardino of Avocado — to curate the options. “I like bringing smaller stands from our city out so people get to know them,” Gerardino tells me over a cup of lime avocado dip she made that afternoon. “Festival food can be more exciting than burgers and pizza.” It’s obvious, sure, yet it still feels uncommon at nearly every festival in the western world.

On the flight down, I found myself sitting next to a father and his mother, both of whom were originally born in the Dominican Republic. The two asked if I was visiting and if it was my first time. Upset to hear I was only there for 36 hours, they rattled off a list of things to do. “You’re welcome to come with our family to the beach tomorrow morning before the festival,” he told me, his seventysomething mother nodding along. After I politely declined, he shook his head. “Your country has always been so kind to me whenever I visit over the last 20 years,” he said. “We want to show our thanks.”

To most, Isle of Light is a festival too small to be buzzed about and too far away to be a reasonable flight. After exploring the city and meeting a handful of its people, it’s hard to imagine what good reason there is to not trek out here again. How does the US, overcome with wealth and opportunity, fail to offer its time, food, talent, and conversation as freely as they do? It’s characteristically selfish. Then again, that’s a cultural difference. The Dominican Republic wastes no time embracing its differences and celebrating them with true pride, complete with a genuine invitation to join in. In just over 15 hours, Isle of Light capitalizes that. Hopefully one day some of our American festivals will do the same. 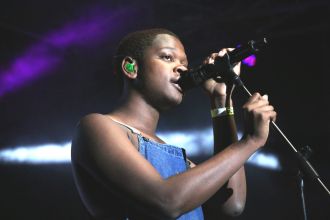 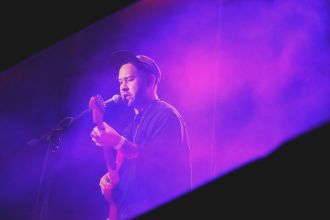 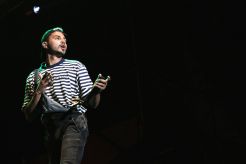 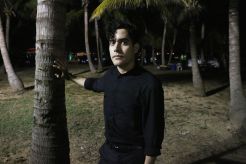 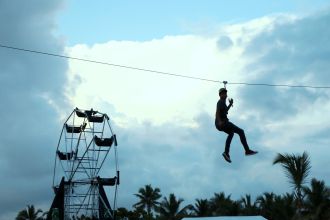 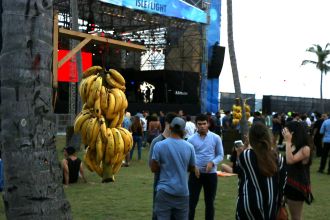 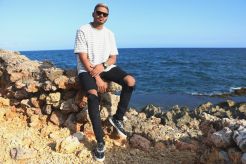 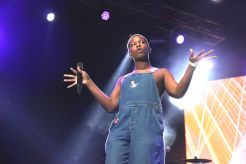 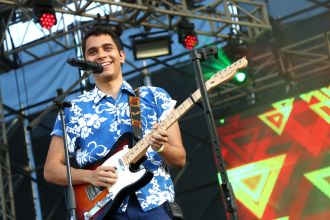 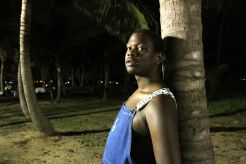 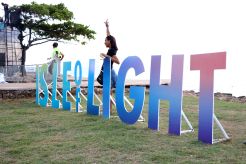 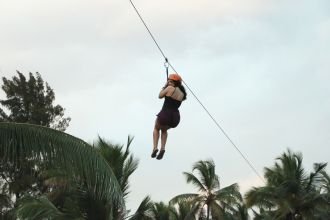 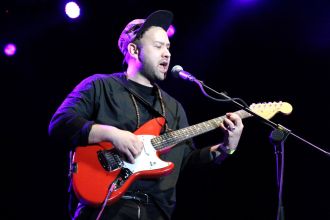 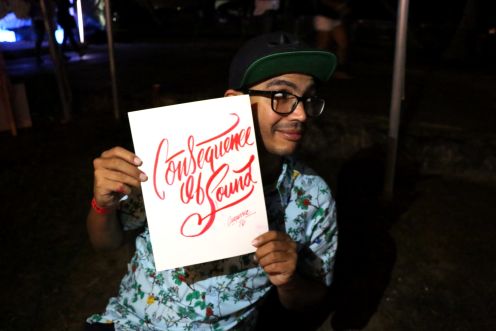