Over the years, Seattle label Hardly Art has been a source of deeply loved and underheard gems, whether it was campfire punk duo The Dutchess & the Duke, Parquet Courts forbearer Fergus & Geronimo, or the early albums of La Sera and the Seth Bogart and Shannon Shaw collaboration Hunx and His Punx. But more recently, the output of the label has found a wider audience, enough so that a bill of two of its most esteemed acts, Protomartyr and Chastity Belt, could drop in on the Echo in Los Angeles on a Thursday night and play a sold-out show with a line up the block. You might say the future looks bright at Hardly Art, but really it’s the present that is blinding.

Beyond the label ties, the bands on display had little in common besides the high quality of their recent output. For headliner Protomartyr, it’s remarkable how fast the great records continue to come, with the great 2014 sophomore offering, Under the Color of Official Right, bettered by 2015’s The Agent Intellect. Watching the band gives off the same sense that their records do, that the Detroit four-piece have tapped into a special source of inspiration and are going to squeeze it for all it’s worth.

Plenty has been made of the appearance of the band (there’s a Tumblr devoted to descriptions of frontman Joe Casey, who is 10 years older than his bandmates), and it would be a lie to say that it doesn’t play into the drama of the show. Casey, blazered and buttoned-up, slurps down Budweisers with purpose, resembling a frustrated family man back from his fifth failed job interview of the week, slowly loosening up by the song and the sip. His band hardly pauses between tracks, dealing each cut like playing cards, hardly allowing their energetic audience time to breathe before revving back up. Casey even seemed surprised by the Echo’s mosh pit, claiming they weren’t totally used to that response, but also feeding off the energy of having their lyrics shouted back. Whether it was the pulverizing one-two opening punch of “Cowards Starve” and “I Forgive You”, the sprawling “Ellen”, or the older anthems “Scum, Rise!” and “Come & See”, the band didn’t allow fans’ attention to drift. It was taken.

Chastity Belt charms in a different method. While Protomartyr started in fifth gear, their Seattle four-piece openers allowed for their set to simmer, moving towards a planned-out destination and fulfilling the promise of an emotional payoff. The journey wasn’t without bumps in the road, with some onstage monitor issues audible to those nearest to the band. But with their impressive Time to Go Home just a year old, the band is already armed with at least a trio of strong new songs, providing the backbone of the set, the band most invested in the tunes that are freshest to them.

Still it all felt like a warmup compared to the strength of the closing “Time to Go Home” and “Joke”, the latter of which is transcendent live. During the song, there is this playful duel between guitarists Julia Shapiro and Lydia Lund that is magnificent to witness, capturing the subtleties of the record while reveling in its success. Each offers up gradually intensifying riffs with knowing smiles, aware that their weaving melodies are undeniable, flashes of brilliance that provide equal pleasure to play and hear.

Still, despite the difference in the two sets’ shapes, the night worked, fans down to sway to Chastity Belt and push to Protomartyr. The fact that they’ve found a home on the same small label was only a footnote of the evening, but it’s a footnote that Hardly Art has got to be thrilled to be a part of.

Protomartyr Setlist:
Cowards Starve
I Forgive You
Blues Festival
Pontiac ’87
Ain’t So Simple
Uncle Mother’s
Ellen
Scum, Rise!
What the Wall Said
The Devil in His Youth
Feral Cats
How He Lived After He Died
I Stare at Floors
Dope Cloud
The Hermit
Clandestine Time
Why Does It Shake?
Encore
Come and See
Jumbo’s 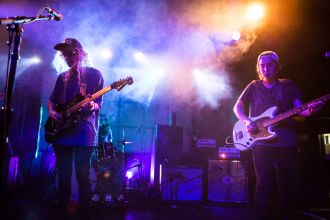 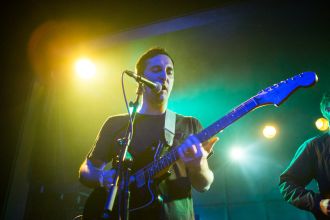 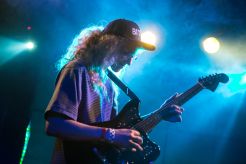 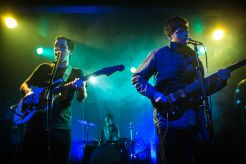 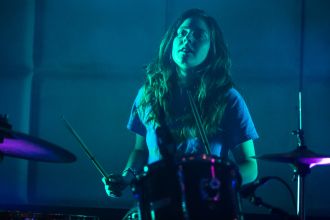 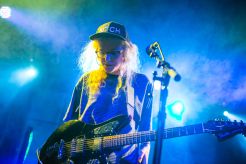 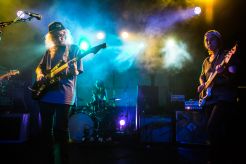 Live Review: Protomartyr and Chastity Belt at The Echo in LA (3/3)