This review was originally published as part of our coverage for the South by Southwest Film Festival 2015.

Sally Field is a three-time Oscar nominee and two-time winner (Norma Rae and Places in the Heart) who’s been in the game since she was a flying nun in … you guessed it … The Flying Nun. I’m always cautious of speaking in hyperbole so soon after seeing a film, but it’s possible that Field’s greatest performance isn’t in her award-nominated past, but in her present as Doris. Based on a short film by co-writer Laura Terruso, Michael Showalter’s Hello, My Name Is Doris is a showcase for Field, reminding us that her comedic chops are just as impactful as her flair for the dramatic.

Doris works in an New York office as a holdover from a takeover decades earlier. She no longer fits in with her co-workers (if she ever did), wears her vintage clothes, vintage glasses, and fake bun. She keeps to herself as she goes through the mundane day-to-day motions of data entry at her cube. While not content, she has accepted her anonymity in the world and prefers to leave things the way they are. Her world gets flipped-turned-upside-down shortly after the passing of her mother and even more disoriented once her management replaces all standard office desk chairs with exercise balls. Whatever power Doris believed she had over her life is slowly being stripped away. You can’t fight back death or exercise balls, so she is forced to react.

After attending a seminar held by a well-regarded motivational speaker (Peter Gallagher), she takes in the words in which he speaks: “I’m possible.” “There are seven days in the week. None of them are ‘someday.’” Cheesy? Yes. Helpful? Absolutely. Doris chooses not only to enter into a world of possibilities, but a world of her wildest dreams. Her goal: catch the eye of her new, young co-worker, John (Max Greenfield). With the aid of her best friend’s granddaughter, she undergoes a transformation that will definitely change her, but at what cost? And is she ready for it?

One could imagine that the ensuing hilarious hijinks would take place in a world of complete absurdity, a world long occupied by co-writer and director Showalter. His work in The State, Stella, Wet Hot American Summer, and They Came Together has made him a cult hero to those into that particular brand of over-the-top and silly, though smart, comedy, but Doris skews closer to his directorial debut, 2005’s The Baxter. However, while The Baxter’s plotline wore thin by film’s end, here we’re permanently engaged with Doris’ struggles and success. Showalter has never been this far outside his comfort zone.

Just because Doris takes place in the real world doesn’t mean it isn’t full of ridiculous moments (such is life). One highlight takes place as John pumps up Doris’ exercise ball as the latter remains upon it. Fields’ attempts to hide her more-than-pleasurable reactions from John during this sequence are one of many laugh-out-loud moments in the film. The movie’s high point takes place at a concert featuring one of John’s favorite bands (Jack Antonoff’s fake Goya Baby and the Nuclear Winter), for which Doris dresses in an awkward, neon getup, complete with a visor. John puts Doris on his shoulders during the electronica-laced show, and it’s impossible to feel anything but joy for a character on the cusp of triumph. Kyle Mooney’s bit part here as a crass photographer is as hilarious as one comes to expect from the underappreciated SNL member.

If there is a flaw within the movie, it’s Doris’ hoarding. A real-deal condition that’s been spun off into a countless number of reality shows, it serves as a needless reminder of the character’s inability to let go. The simple fact that she gave up her life to take care of her mother would have been more than enough. Removing this subplot would likely have meant removing Stephen Root as Doris’ brother, but sometimes you have to do what’s best for the film. These scenes aren’t “bad” by any means, just misplaced here.

Negatives aside, Doris features something we don’t get much of these days, unless you’re checked in at the exotic and best Marigold Hotel. Sally Field and Tyne Daly, who plays Doris’ best friend, have a moment in the film’s third act where Doris rests against her friend on the couch as she is comforted. No one is sobbing in this scene; no one is wailing. It’s a moment of friendship between two women in their sixties that we usually only see between women in their twenties. While Doris’ age hinders her abilities to relate with her young co-workers, she always feels real.

But real doesn’t mean perfect, and Doris certainly isn’t perfect. Far from it. She makes cringe-worthy decisions along the way, but they’re decisions people make or contemplate making every day. She is an eccentric character, but she’s not a parody of an eccentric character. As the film progresses, we believe more and more that maybe, just maybe, John could fall in love with her. In Hello, My Name Is Doris, Field’s titular character may appear unassuming, but she is a giant underneath. She is possible. 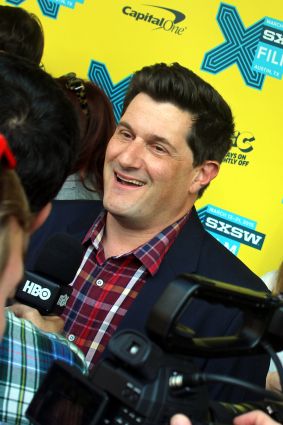 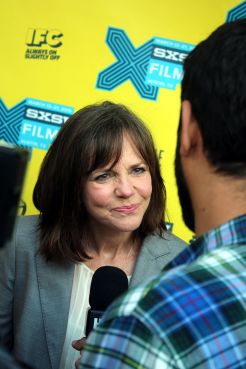 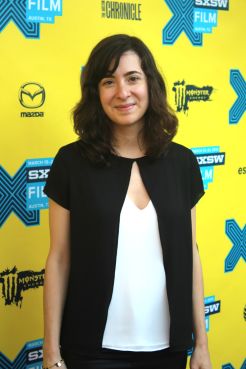 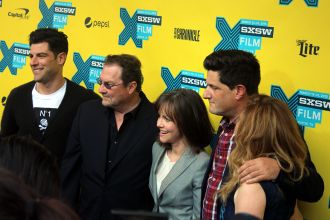