The lights dim and the house speakers blare out fanfare. Colors swirl on the LED pillars on both sides of the stage, raising the drama until a final image is revealed: a Hofner violin bass bathed in vibrant, white light. Many fans liken seeing Sir Paul McCartney to a religious experience and these images leaned into that idea. As one of the two surviving members of The Beatles, he’s certainly earned this type of hype. Once the chiming chord of The Beatles’ “A Hard Days Night” rang through Seattle’s Key Arena, any cynicism was washed away and replaced with unadulterated joy.

McCartney and his band would then run into a career-spanning set, going all the way from his pre-Beatles days in The Quarrymen to his collaboration with Kanye West and Rihanna on “FourFiveSeconds”. While many artists like to distance themselves from their early years, McCartney fully embraces it. He knows how much these songs mean to people and how influential they are. It’s not that he boasts his successes but rather that he gives everything he can to the audience, as well as doing some educating about the history.

His recent dates have been billed as the “One On One” tour, and while there is an elongated acoustic section in the middle of the set, this doesn’t mean it’s an intimate solo set. But McCartney did his best to make it feel like he was communicating with the audience directly. After “Back In The U.S.S.R.”, he’d tell a story about playing in the Red Square and how the ministers told him they learned to speak English from Beatles records. Before “Blackbird” he talked about how he wrote it as a song to give hope to people in the Southern states during the Civil Rights Movement of the ‘60s.

Each story unfolded new truths to these famous, practically ubiquitous songs. It became clearer and clearer throughout the set just how omnipresent McCartney’s music has been over the generations. Seeing images of him with the likes of John Lennon and Kanye West drove that point home even further. Then he brought in another key figure of a generation: Nirvana bassist Krist Novoselic. The two both ran through a thundering rendition of “Helter Skleter”, an apt fit given the song’s hard rock roots that could easily be linked to Nirvana. Sure, Novoselic was brought in partly because of the Seattle connection and this was a Seattle show, but it’d be selling the cameo short just to call it that. McCartney knows his musical history and he wasn’t going to leave anything out. Cut him some slack.

The pyrotechnics of “Live and Let Die” and the emotional climaxes of “Hey Jude” and “Let It Be” were predictably awesome spectacles, but just to hear McCartney put his past in his own words was powerful enough. He’s an artist who defined the past, but he’s also an artist unwilling to let go of the future. Rest assured, we’re all the better for it. 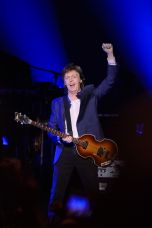 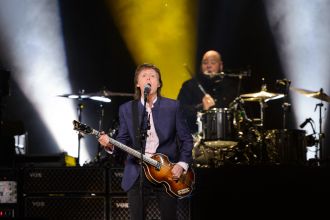 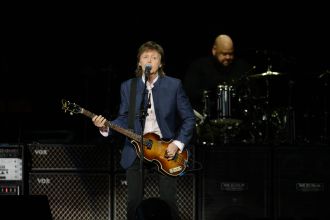 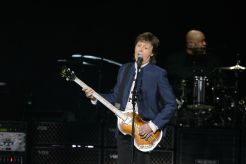 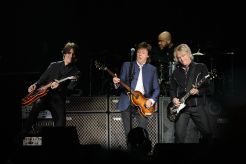 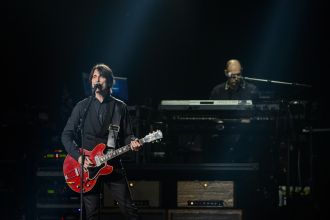 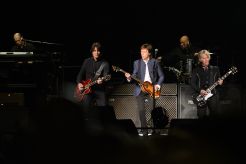 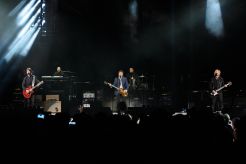