The idea of a musical comeback in 2016 has taken on a strange air thanks to one particular, high-profile reunion. But what separates Wolf Parade from that other, arguably larger act is that theirs is not truly a reunion — it’s a return. Call it a matter of phrasing, but Wolf Parade never actually broke up; they simply took an “indefinite hiatus.” And those words seem to actually mean something.

Friends of mine who would consider themselves die-hard LCD Soundsystem fans were actually a little peeved when James Murphy’s band announced their reformation. Sure, they mostly got over it, but the gut reaction was one of betrayal and distaste, largely due to the way the band had initially departed. When Wolf Parade released information about their own revival, the response was almost universally, “Finally!” A photographer friend of mine who was at Tuesday evening’s show at New York City’s Bowery Ballroom recalled how Wolf Parade was the first band he’d ever shot and how this night was special to him. The guy is taller than me — and I stand at about six-foot three — but he’d made a point to get to the front row, and he intended on staying there, something he admitted was a rare move.

That was the kind of nostalgia that permeated the concert, the band’s first official date since announcing their comeback. It wasn’t the cheap, do-it-because-it’s-there-and-remember-when sort of nostalgia, but the warm kind that gets your heart racing with anticipation. The kind that makes you feel like whatever you’re witnessing was never gone in the first place; it’s just gained significance in the interim. There’s no question about why these four guys have reunited: They’re back to make incredible music once again.

Spencer Krug professed multiple times during the night that he was “nervous” and that they “were gonna be rusty.” He laughed it off when the audience cheered and screamed things like, “You sound awesome!”, but frankly, he shouldn’t have. Cliché aside, the foursome honestly played together like they had never stepped away. If Krug was anxious, the steady maestro’s nervous energy expressed itself in wild hand gestures and dynamic playing for a largely stationary keyboardist. “I’m gonna be the first man in history to sweat through a blazer,” he said at one point. “And I will not take it off!”

Dan Boeckner was a happy hurricane all evening, spinning about the stage as he thrashed his guitar strings, especially during his own lead songs like “Ghost Pressure” and “This Heart’s on Fire”. Ever unassuming behind his kit, drummer Arlen Thompson was impeccable on tricky rhythms during “Shine a Light” and new track “Mr. Startup”. Multi-instrumentalist Dante DeCaro carried himself with a cool confidence, chewing gum even as he stepped to the mic for backup vocals. His face was one of poised assurance throughout the performance, and despite what Krug may have said, that was the bearing of the entire show.

One has to keep in mind that none of these guys have been inactive in the years since Expo 86. Krug and Boeckner have been keeping themselves perhaps more busy than the other two in terms of recording music and performing live, but each of the band members are very much professionals, and it showed. This in no way felt like a group of guys working out the kinks, figuring out how to play together again. Part of that undoubtedly comes from having worked on their latest EP, which began streaming just hours before they took the Bowery stage. But throughout the night, it became increasingly clear that these gentlemen not only still have it as a unit, but also were never at risk of losing it.

You could tell before they even took the stage if you caught a glimpse of the setlists laid by their stations. The thing was entirely in code: “Dear Sons and Daughters of Hungry Ghosts” was listed as “Gods”, “You Are a Runner and I Am My Father’s Son” was called “FS/NF”, and “Ghost Pressure” was written down as “Beyonce”. (I can’t quite tell if “Costello” was supposed to be “Fancy Claps” or “We Built Another World”.) Only a band with an infrangible bond could’ve deciphered such a plan.

They showed acuity in their stage presence, able to get over technical glitches like a failed amp or a dropped pick without missing a beat. Even their banter was on point, both interpersonally and with the crowd. Boeckner dealing with the backup amp led to Krug dubbing him “Hotrod,” and Krug’s own perspiration and excessive towel use led to him accepting the name “Towels” from the crowd. Smiles and laughs were staples of the entire evening, from both on and in front of the stage. The crowd’s energy matched the band’s own electricity right from the get-go. They danced joyously to “Shine a Light”, practically tried to start a pit during “Fancy Claps”, and lost their shit during closer “I’ll Believe in Anything”. Screams of “We missed you!” and “You were gone too long!” rang out all evening long.

Taken in context here in the light of the following day, those crowd calls almost feel strange. Yes, Wolf Parade were officially on indefinite hiatus, and no we hadn’t heard from them for six years before yesterday. Still, last night’s show didn’t feel like the re-emergence of some long-dormant musical project. It seemed more like a reminder of something that was there all along, a reintroduction to an old friendship that had never died away even though it’d been years since the last encounter. Everything just snapped into place without undue force or much awkward fiddling. Wolf Parade are very much back, but it’s like they’d never gone away in the first place.

Setlist:
Cloud Shadow on the Mountain
Soldier’s Grin
Dear Sons and Daughters of Hungry Ghosts
Shine a Light
C’est La Vie Way
Floating World
Ghost Pressure
Mr. Startup
Fine Young Cannibals
You Are a Runner and I Am My Father’s Son
Fancy Claps
We Built Another World
What Did My Lover Say? (It Always Had to Go This Way)
This Heart’s on Fire
Kissing the Beehive
Encore
Modern World
I’ll Believe in Anything 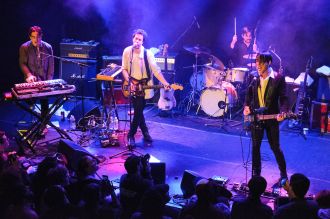 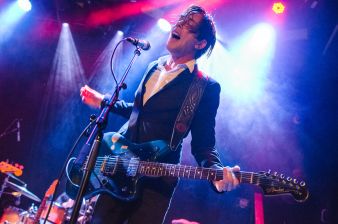 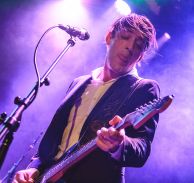 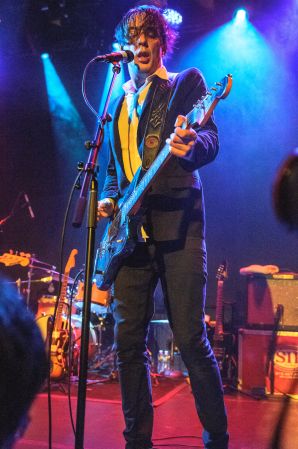 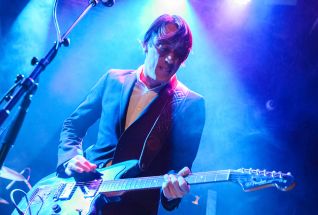 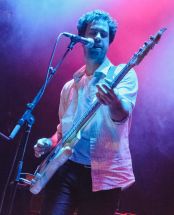 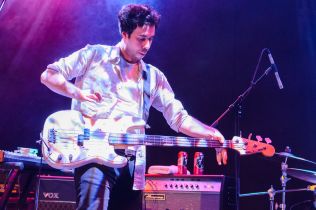 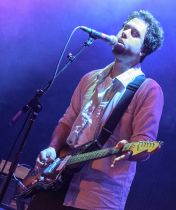 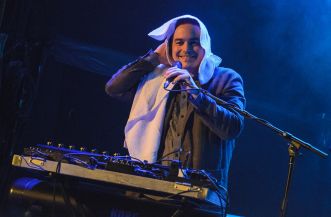 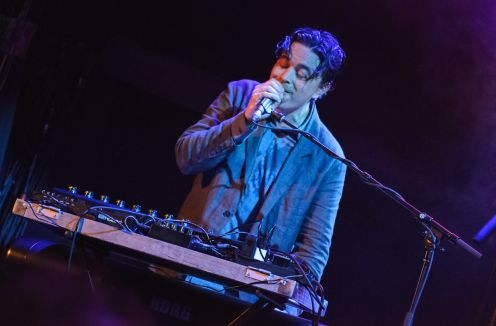