Say what you will about 2007’s Spider-Man 3 — I’ve always felt the criticism was just yet highly exaggerated — but Sam Raimi’s first two entries in the franchise remain masterpieces of the genre. Yes, even after Disney and Marvel have orchestrated the unthinkable with their MCU, and despite Christopher Nolan subverting the superhero film with The Dark Knight Trilogy, there’s still an argument to be made that 2004’s Spider-Man 2 is the greatest superhero film of all time. (Here’s one of ’em.)

Which is why it’s still depressing the veteran director never had another chance to come back swinging with Spider-Man 4 — though, he came close. When Sony shelved the project in January 2010, opting for a now-forgotten reboot with Andrew Garfield, they reportedly nixed an Oscorp-sized foundation of ideas and storyboards, everything from John Malkovich as Vulture to Anne Hathaway as Black Cat to Bruce Campbell as Mysterio. Now, there’s definitive proof of it all.

Artist Jeffrey Henderson, who worked on the scrapped sequel, has since unleashed a handful of storyboards confirming that Mysterio and Vulture were, indeed, the villains. What’s more, the beginning of the film, as Henderson tells i09, would have featured “a montage of C and D- list villains that we knew would never be used as main antagonists: Mysterio, the Shocker, the Prowler, the old school-onesie-wearing version of the Rhino, maybe even the Stilt Man, etc.”

He also acknowledged that the production was well aware of the backlash from the third film.

“It would’ve been one absolutely kick ass movie,” he writes. “Seriously. We were working on some crazy- cool stuff, because everyone, from top to bottom, felt that Spidey 3 was a bit of a ‘missed opportunity’, and we all really wanted to help Sam take SM4 to another level so he could end the series on a high note.”

Feel like tearing up? Of course, Tom Holland proved how great Spider-Man can be within the current MCU in Civil War, so there’s little reason to cry, but still, we’ll file this one next to Burton’s third Batman in our depressing filing cabinet of What Ifs.

Consult the artwork below and visit Henderson’s site for more information. 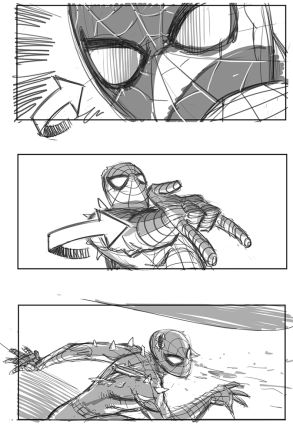 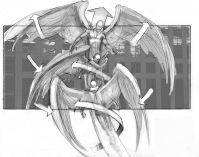