Ridley Scott’s Alien: Covenant is currently shooting all across Sydney, Australia. (If you recall, we shared some terrifying set photos with you last month.) Now, comes an interesting report that original Prometheus heroine Noomi Rapace has signed on to reprise her role as Elizabeth Shaw.

According to Deadline, Rapace, who’s been off and on the project for the last year, will reportedly shoot several weeks worth of scenes for the film. What does that mean? Will they be flashbacks? Will she appear at the end of the film? Is this just a cameo of sorts? It’s unclear at this time.

But, she’s back … and that’s good news. Speaking of which, to add to the positivity, there’s been an assortment of set photos that have popped up over the past few weeks, and we’ve collected ’em all. Below, you can see first looks of Michael Fassbender, Danny McBride, and more. 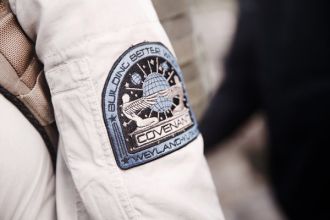 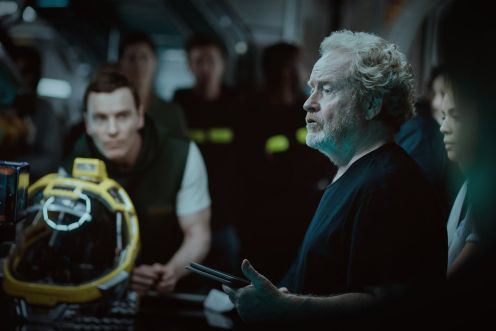 Ridley Scott returns to the universe he created in ALIEN with ALIEN: COVENANT, the second chapter in a prequel trilogy that began with PROMETHEUS — and connects directly to Scott’s 1979 seminal work of science fiction. Bound for a remote planet on the far side of the galaxy, the crew of the colony ship Covenant discovers what they think is an uncharted paradise, but is actually a dark, dangerous world — whose sole inhabitant is the “synthetic” David (Michael Fassbender), survivor of the doomed Prometheus expedition.

Just kidding! Noomi Rapace will actually be in Alien: Covenant