“There’s a lot to celebrate in Chicago tonight,” Billie Joe Armstrong screamed, alluding to the Cubs’ triumphant victory over the Los Angeles Dodgers the night before, a win that now brings the would-be cursed team to their first World Series in 71 years. “Looks like you guys finally killed that fucking goat.”

Naturally, the very sold-out and very balmy Aragon Ballroom responded as expected: kicking, screaming, and bouncing off the walls like a rabid mongoose. But it wasn’t just their Cubbies that tipped ’em over — after all, not everyone’s a Cubs fan in the Windy City (just ask this guy) — it was Green Day.

Maybe it’s because the Bay Area trio have amassed a multi-generational following, or maybe it’s because Armstrong is such a personable human being, but it’s almost surreal how the frontman can toss in a call-and-response on basically every song and have everyone treat it like it’s the first time he’s doing it. 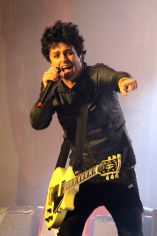 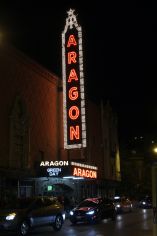 Armstrong licks it all up, though. Like Tinkerbell on her deathbed, the bouncy singer just can’t get enough applause, and while this quirk won’t surprise any fan who’s seen the band’s riotous stage show over the last two decades, that doesn’t mean it’s any less aggravating, intoxicating, or baffling.

Much of this has to do with the fact that Green Day isn’t your average rock band. They’ve always played to an arena, even when they were just a bunch of bratty teenagers slinging mud at their fans. Bottom line: They like things big, they like things broader, and they like things to feel assuredly epic.

That’s how it all played out Sunday night during the band’s 31-song set, which was heavy on material from American Idiot, Dookie, and this past month’s Revolution Radio. There were a few mild curveballs — “Armatage Shanks”, “Private Ale”, “J.A.R.”, and “Scattered” — but those have been staples of this tour.

If it ain’t broke, right? 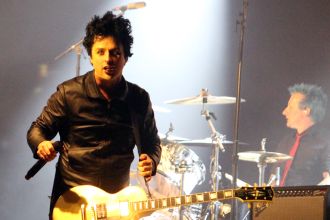 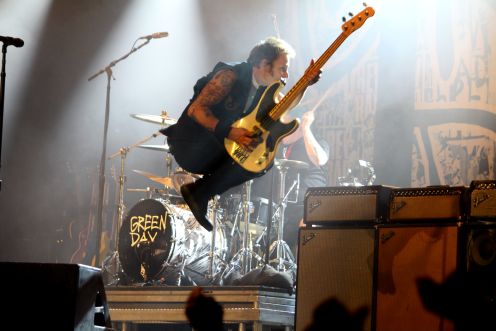 That’s the only explanation for why they still rarely dig deep into their rich, expansive catalogue; why every one of their songs requires a two-minute bridge in order to toss in a few “Are you ready?”s and “I can’t hear you”s; or why they still feel compelled to cover The Isley Brothers’ “Shout” for the 1,403,222th time.

Of course, none of this was as distracting when the band were actually supporting something substantial. They could double-back on “King for a Day”/”Shout” during the American Idiot era, or even for 21st Century Breakdown, because what surrounded it was compelling. Revolution Radio lacks that urgency.

That’s not to say the material wasn’t well received. Both “Bang Bang” and “Revolution Radio” hit hard early on, but compared to everything else? Night and day. Which is a problem considering this writer remembers the United Center turning to hell when they first played “Know Your Enemy” way, way back in 2009. 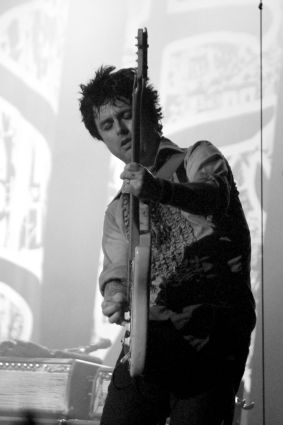 So, really, it came down to unadulterated nostalgia to carry the show — and a couple rock star moments. The first arriving when Armstrong shared a touching anecdote about his mother before “Christie Road”, the second when a kick-ass fan came up to steal the show with his guitar skills on “When I Come Around”.

“Every dream you ever had is now going to be a nightmare,” Armstrong warned the pink-haired fanatic as he climbed on stage to sling on his prized Fernandes Stratocaster, “Blue.” It was an enviable moment yet one that felt earned and deserving of all the applause that followed amid the fading distortion.

Before the lucky fan dove off stage and back into the crowd, he gave Armstrong a big, emotional hug. Who could blame him? His hero gave him a heroic moment, proving once again that Armstrong’s pretty damn good at his job. But, that’s not up for argument; no one will ever dispute that fact. 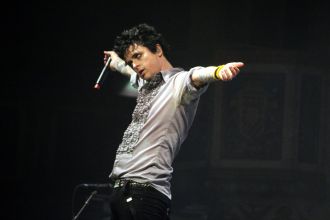 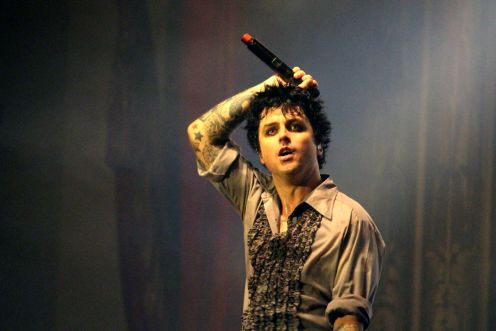 The problem, then, is that Armstrong can’t contain himself. His love for his fans knows no bounds, even if he has his reasons. “We all need some love,” he later admitted on. “I’m so sick of all the bullshit that’s going on out there. Everyone’s entitled to some peace and some love and some rock ‘n’ roll.”

Amen, brother, but know this: One big hug is better than several. 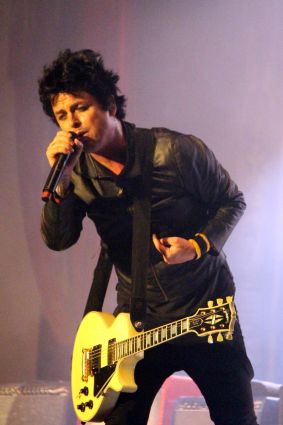 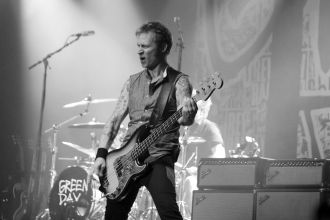 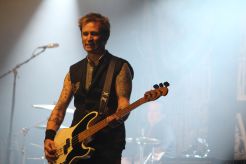 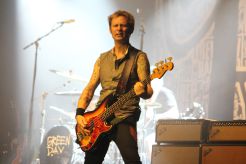