“Oh fuck, it feels so good to be in this city,” Samuel T. Herring exclaimed to a warm, inviting crowd at the newly minted House of Vans Chicago. As per tradition, the Future Islands frontman was in grand spirits, prowling and growling about the stage as he very literally ripped through a 13-song setlist. Of those baker’s dozen were seven choice selections off the Baltimore outfit’s forthcoming fifth studio album, The Far Field. “We’re playing a lot of it tonight just to fuck with you … because tonight’s for fucking around.”

Although they’ve only been gone from the stage for a few months, Herring and co. appeared hungrier than ever. Of course, it helps that they were surrounded by rabid fans, playing in an ultra chic venue that also doubles as an indoor skatepark, and topping an eclectic bill that included hip-hop legends Digable Planets and Chicago hip-hop poet Noname. Herring, who’s certainly no stranger to the genre (Google: Hemlock Ernst), gushed about having grown up worshipping the former (“I was fanboying back stage”) before co-signing the latter (“We need more truth in this goddamn world”).

So, yeah, he was having a moment, but part of that good nature had to do with the new material itself. The Far Field is a total blast, a bath of synths, emotions, and grooves that wouldn’t be out of place on a late ’80s U2 record, which means it’s primed for acrobatic theatrics. As such, Herring delivered each track with muscular gusto, cracking open the night with album opener “Aladdin”, a rousing anthem that hit hard with its final sobering lines: “Our love was real/ Our love was real/ It’s to hope/ It’s to dream/ It’s to heal.”

New single “Ran” has already made quite an impression, as hands rallied at all the right moments, specifically when the song shifted into the Bonnie Tyler-esque chorus. Not to dial back to U2 again, but “Cave” most certainly works off the bass line to “New Year’s Day”, only it’s a total stunner, one of the big highlights off the album — and it’s even better live. When Herring pleads, “I don’t believe anymore/ Don’t believe anymore/ What I can’t see, can’t hold to me,” it’s hard not to sing along, even if you don’t know the words yet.

Elsewhere, “North Star” brushes up against Remain in Light-era Talking Heads with the harmonies of early aughts U2, while “Candles” sounds like that one song that plays in The Breakfast Club when Ally Sheedy wins over Emilio Estevez after she stops acting like a nutbar. Other joggers like “Day Glow Fire” and “Time on Her Side” will undoubtedly be commendable gym jams, namely for capitalizing on the band’s uncanny patience for letting the rhythm build and build at an almost gluttonous pace. That’s a good thing.

Naturally, they played a few of the older hits, too, such as “Long Flight”, “Balance”, “Seasons (Waiting on You)”, and set closer “Spirit”. The real gem, however, was Herring’s politically charged performance of In Evening Air bread winner “Tin Man”. Shortly before, Herring hinted at the current fear of living in Trump’s New America, saying: “We’re gonna make it through this bullshit, alright? And we have to do it together, alright?” It was an inspiring message that translated into a chaotic three or four minutes, enough that security took notice.

“Don’t kick him out,” Herring insisted mid-song. “Just don’t kick him out. Let him watch from the back.” It was a humbling moment, one of many for the guy, and really the only time there was even close to a hiccup throughout the night. Instead, people drank, people sang, people danced, and according to Herring, “that’s the most important thing.” Admittedly, there was a lot of new to take in, but in the end: Future Islands have a new album that’s damn good, and the West Loop has a new music venue that’s as hip as its neighborhood. 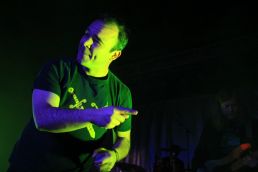 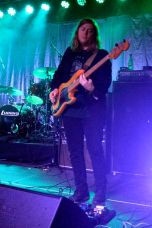 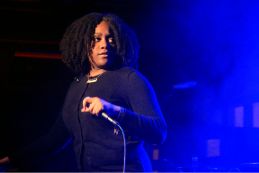 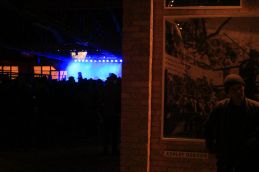 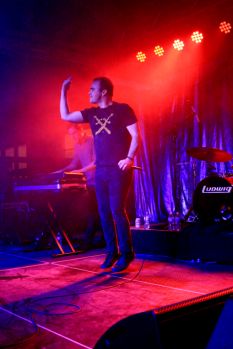 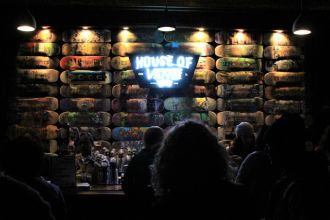 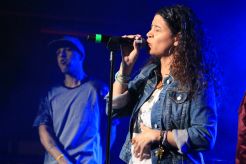 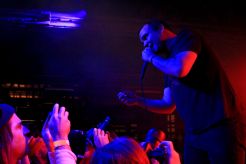 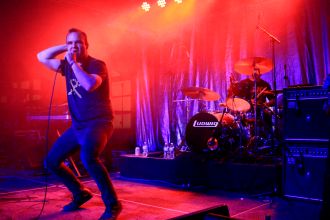 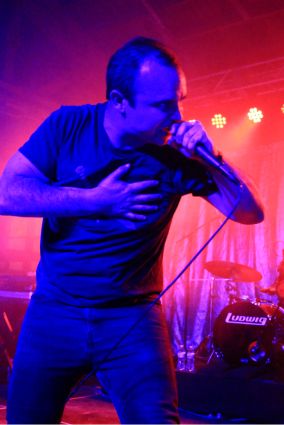 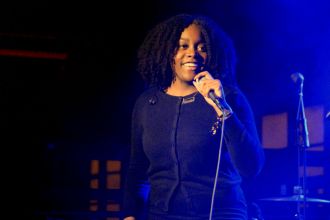 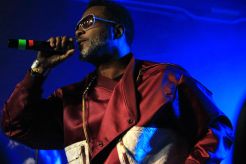 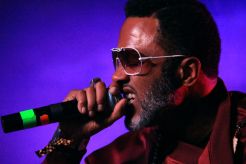