Yeah, yeah, we’ll talk about kill counts and visual effects and all that requisite genre titillation. In a minute.

But first, a word on foolish scientists in creature features like Life. So you’ve found the existence of life from other worlds, and are about to make first contact. Awesome. But have any of the scientists ever seen a science fiction film about aliens before? The crew’s mechanic, Rory (Ryan Reynolds), makes a joke about Re-Animator at one point. It’s safe to assume these people know that the ratio for malevolent to benevolent aliens in these scenarios is roughly 60-40. So maybe don’t go poking a new organism with a taser. In fact, keep your firewall as huge as possible – perhaps robotic arms are in order, in a vault. Or perhaps a little roving cart with lots of rope, as in Stargate. Even if you’re in the vacuum of space, locking oneself in a rickety room with the unknown seems insane. And please, at the first sign of trouble, just cut and run. If Rory likes scary movies, did he learn nothing from the attractive but idiotic explorers of Prometheus?

Life is like a box of mediocrity. You more-or-less know exactly what you’re gonna get. But for what it’s worth, Daniel Espinosa’s space shocker, while totally born from the same stars as many other films, still lands about half the time. Oh sure, Life’s crew is full of morons, and the plot has its share of black holes. But Life also has a few scares to burn. Some sets to impress. And some ideas – incomplete as they are – that intrigue nevertheless. In the kindest sense, this is a slick episode of The Outer Limits, ready to provoke the unknown.

The International Space Station (ISS), the actual low-orbit lab, research facility, and factory, goes into overtime when a probe from Mars makes its way to the ISS with samples. A crew of six is tasked with studying what’s returned from the red planet. Within the dirt is a preserved single-cell organism. Now, the reason why that wouldn’t be enough to encourage caution on the crew’s part is unclear. (Oh. Right. The necessities of this kind of film.)

So who are the unlucky space saps that get to wake up the beast? There’s a CDC rep, Miranda North (Rebecca Ferguson), with concealed motives and protocols for handling the situation. Jake Gyllenhaal is Dr. Dave Jordan, a gaunt military veteran about to break the record for most days in space; he doesn’t like Earth and its inhabitants anymore. Hugh Derry (Ariyon Bakare) is the scientist tasked with personally handling the organism, with an uncomfortable fixation on the discovery’s survival. Add the quipping Rory (Reynolds through and through), new father and communications officer Sho (Hiroyuki Sanada), and the stoic captain Golovkina (Olga Dihovichnaya), and you have a full group of multi-national fish in a barrel. Some characters feel more clichéd than others, but at least they resemble people, with stories and motivations, possessing the oft-absent quality of characterization in a horror film.

From here, you know what’s coming, despite the film’s best efforts to tease creature designs and the nature of fatality. That single cell grows and grows at an alarming rate, blossoming like a literal flower, translucent and vascular. Derry and crew describe the finding as “all brain, all muscle, and all eye.” Can we destroy it yet? Of course not. In fact, a grade school on Earth gets to name the live lotus “Calvin.”

When a lab cock-up seemingly kills Calvin, Derry feels enormous guilt. He saw medical potential in studying it. But then Derry gets permission to try and revive Calvin with electrical stimulation. Within about 45 seconds of doing that, Calvin (an unpredictable being that even the crew hypothesized as hibernating to defend itself) wakes up like any human would: pissed off.

Calvin breaks Derry’s hand. Calvin busts out. Calvin, in graphic and bloody fashion, absorbs a lab rat and begins growing immediately into a floating bit of nastiness with primal instincts. The ISS’s mission is no longer one of research, but of protection. Keep Calvin from escaping at all costs. Don’t give him any chance of making it back to Earth, where he could cause an unpredictable disaster.

The plot familiarities aside, Espinosa manages to deliver his concept at a clip, with some assured cinematography, smooth VFX design, and solid performances from his doomed crew. The film starts well enough, with an almost taunting momentousness. There’s a smooth five-minute single take that hovers through the ISS as we meet the crew that makes Life feel like it wants to resemble an “event” film. As the crew first realizes what they have on board, the film’s title pops up, 15 minutes in, with 2001-esque font choices and a radiant score that’s too amusing and self-aware to deny.

But when everything goes haywire, and logical science is thrown out in favor of flamethrowers, laser guns, and angry astronauts trying to do away with Calvin, no amount of touch-up can hide the film’s derivative core. Rhett Reese and Paul Wernick (of Deadpool) try to fly above formula with referential dialogue, ghastly kills, and a soft reverence for real science. Yet any lofty ideas about the meaning of life and survival are just thoughts hovering above an old conceit. For every clever demise, there’s plenty more in the way of jump scares revolving around a beast in hiding. Dr. Jordan has a mid-film monologue about the Challenger explosion that reads less as a profound statement on mortality and more as a callow allusion. It all feels like garnish atop stock types, after a while.

When Life is doing away with the crew, it’s fine, and even bloodily fun. It’s competent. But the film never becomes anything beyond that. It’s still very much a stupid scientists vs. slimy beasts sci-fi thriller.

Maybe it would be too bland to have a film like Life revolve around, say, a gaseous creature like an airborne pathogen, some sort of medically bizarre space disease, or legal/ethical dilemmas revolving around this discovery’s agency and what country can claim ownership. Any of those ideas would offer an unusual but refreshing take. But no. Maybe audiences want their squid lotus monsters, and they want them now, damn it. Such is Life. 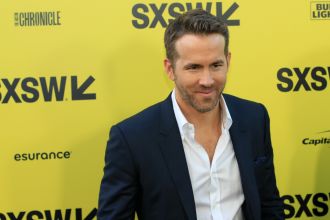 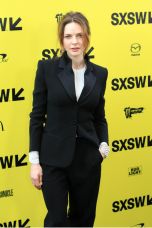 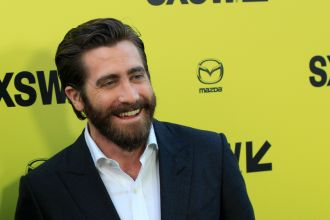 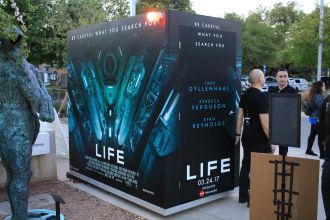 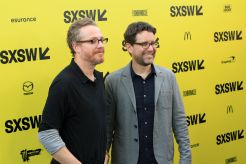 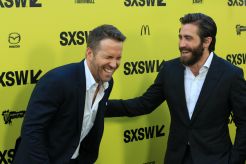