The following preview was written having seen four of the eight episodes from the first season of American Gods. It tries not to be too spoiler heavy, but obviously there are some key details revealed. Read at your own risk.

If you’re in need of a sprawling, violent fantasy epic adapted from the work of a modern master, premium cable has got you covered. This isn’t an attempt to convince latecomers to jump into the waters of Westeros—not that Game of Thrones needs our help. No, this is a clarion call for the new kid on the block, a fiercely smart and savage beauty with a mind-blowing cast and something unexpectedly timely to say. Over on HBO, winter has been coming for seven long seasons. On Starz, the storm has arrived, and it’s a wagon-tipper.

To fans of Neil Gaiman’s 2001 novel American Gods, that should come as a sigh of relief (and yes, Gaiman-lovers can breathe easy—this is an excellent adaptation). To fans of Bryan Fuller, however, it’s likely no surprise. It’s a pairing of source material and showrunner so inspired that, after the first few scenes, it’s nigh on impossible to imagine Shadow Moon’s journey in anyone else’s hands. Of course the man behind both Hannibal and Pushing Daisies was the right person to helm Gaiman’s epic American odyssey, a story that’s laced through with blood and war but also beauty and magic. Of course, a writer so adept at telling stories both sensational and smart would knock a novel like this one—a ripping good yarn that’s also a deep dive into the American “melting pot”—out of the park. 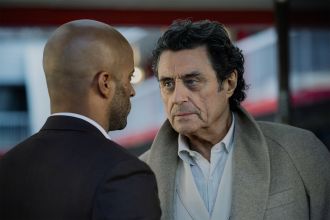 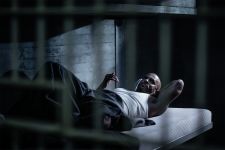 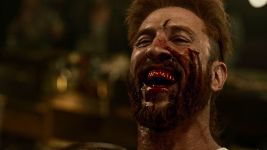 Fuller and co-showrunner Michael Green (Logan) may be the guides through this wonder and wasteland, but our eyes and ears belong to Shadow Moon (Ricky Whittle, excellent), who begins his journey when he’s released from prison early so that he can attend the funeral of his wife Laura (Emily Browning, also terrific). On the first leg of what eventually turns into a very long journey, Shadow encounters a smooth-talking traveler, Mr. Wednesday, and winds up, largely unwillingly, in his employ. There’s a story behind that, of course, but only one explanation is required: Mr. Wednesday loves to talk, and he’s played by Ian McShane. Watching McShane prattle is one of the best things you can get in any artistic medium. He’s a savant of speech, and here, there’s speech aplenty.

McShane is but the tip of the iceberg when it comes to the talent of this supporting and recurring cast—get ready for Gillian Anderson in I Love Lucy drag, Peter Stormare simmering like a pot of toxic waste, the alluring and terrifying Yetide Badaki as Bilquis, Pablo Schreiber, Orlando Jones, Cloris Leachman, the list goes on—but he looms undeniably large. It’s tough to gauge what is and what isn’t a spoiler for a show with source material that’s more than a decade old, but suffice it to say that Mr. Wednesday is a figure of power, wit, and colossal ego, a combination that puts the character at odds with his current life and makes it not surprising that he’s willing to go to devastating lengths to correct that reality. Hell, Gods is right there in the title, and the tension between these fading figures of power and the new gods that country has propped up is what drives Shadow’s journey, and who better to stir that pot of turmoil than the foul-mouthed force from Deadwood? 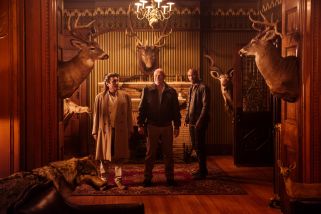 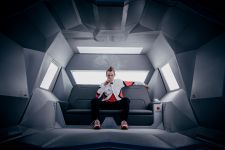 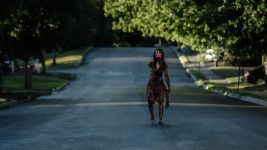 Still, the best reason to jump into American Gods at the earliest possible moment isn’t its stellar cast, nor is it the powerful imaginations of Gaiman, Fuller, Green, and director David Slade, who tackled the first three episodes. The performances are top-tier, the writing superb, the cinematography and art direction as good as anything else on television—indeed, it’s likely the most lush and horrifying series since Hannibal left the air—but American Gods has a strain of zeitgeistiness running through it that can’t be bought. The book’s more than 15 years old, but the series is arriving right on fucking time.

Above everything else, this is a story of immigration. These old gods set up shop in the “new world” and don’t always find purchase, with cultures and beliefs growing ever more diluted. Gaiman (and now Fuller, Green, and company) use the trappings of the fantasy genre and the rich fabric of mythology—Johnny Appleseed and Odin, Anansi and Hollywood legends, Anubis and djinns and leprechauns and on, and on, and on—to look at the beauty and the cost of a culture that absorbs, embraces, rejects, and ignores by turns. The history of these stories allows American Gods to tell a story both timeless and timely, but there’s nothing here that feels forced. It’s what it’s been since 2001, but it takes on new resonance now. 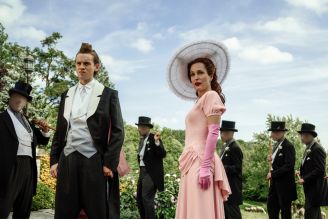 Perhaps it isn’t a coincidence, and it’s simply that great art stands ready to serve in times of chaos. That’s certainly true here, and the same can be said of Hulu’s incoming adaptation of The Handmaid’s Tale, another modern classic that’s arriving at an unexpectedly timely moment. Both Gaiman and Margaret Atwood wrote great books with important truths laced throughout their pages. They were true a year ago, and they’re true now, with travel bans and attacks on reproductive rights and displays of misogyny, racism, and xenophobia coming from ever more powerful corners. A year ago, it may have been possible to watch American Gods or The Handmaid’s Tale and not dwell on the state of the world, but now, that simply ain’t the case.

Watch American Gods and be entertained, shocked, titillated, amused, horrified, and delighted. Watch an hour like “Git Gone”, the fourth of eight episodes in this stellar first season, and be amazed by the economy of storytelling, the remarkable work done by Browning, Whittle, and company, the rich cinematography, and so on. Watch Bilquis devour, or Wednesday scheme, or Mad Sweeney fight, and fall into this wonderful story. Do that, and don’t be surprised when you feel the rest of the world intrude. Great storytelling isn’t timely by accident. It’s always been great, and when we need it, like a long-dormant God, it rises to the occasion. 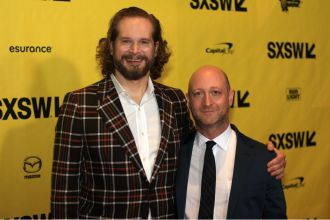 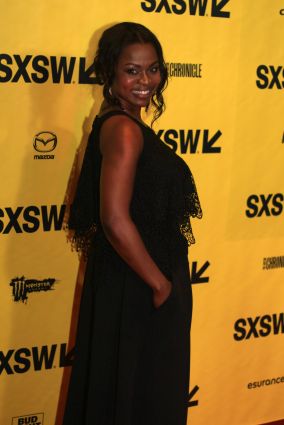 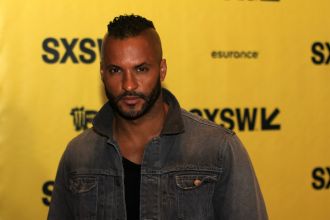 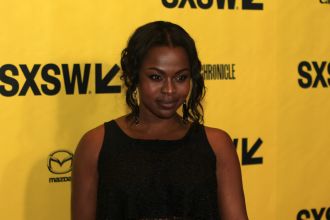 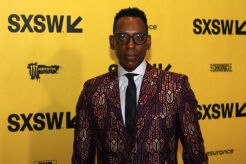 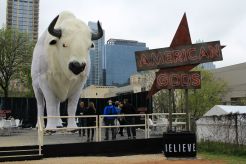