With the exception of the anti-Donald Trump song “The Denomination Blues”, Okkervil River’s musical output has been fairly limited of late. Today, the Will Sheff-led outfit makes its return with a new track called “What Friends Do”. It serves as the theme song to Amazon’s latest original holiday special, Click Clack Moo: Christmas at the Farm, based on Doreen Cronin and Betsy Lewin’s hit children’s book series of the same name.

The animated movie is about a group of animals who band together to buy Farmer Brown the Christmas gift of his dreams, and its accompanying track reflects the farm’s close-knit community. “Bring a buddy along and you’re twice as strong,” Sheff sings lightheartedly. “With a pal by your side, you can take it in stride/ And it’s true, I’m gonna be there for you.” Keeping with the theme, the twangy, feel-good tune also features a bunch of animal noises in the background. Take a listen to the moo-sic below.

In a press statement, Sheff talked about the making of “What Friends Do”:

“When I was preparing to write the theme for Click Clack Moo I listened intently and repeatedly to my favorite kids’ songs by writers like Joe Raposo and Harry Nilsson. There’s something about writing songs tailor-made for kids, I noticed, that brings out something really tender and urgent in adults. You start thinking a lot about what the one simple and sincere message you’d like to pass on to a kid might be. In the case of Click Clack Moo, I had to work with already existing material, so my job was more to mine what was already there than it was to make up something extraneous. The original Click Clack Moo book, by Doreen Cronin, is about a bunch of farm animals who learn that by banding together they can get the farmer to provide them with better living conditions. So I thought I’d write a song that reflected that message – that if you stand together with your friends and if you stand up for your friends you’ll never feel alone and you’ll be able to get great things on behalf of everybody, stuff that would never be possible to do all yourself.”

Along with the song, Click Clack Moo: Christmas at the Farm is now available to watch on Amazon. It was written by Will McRobb (The Adventures of Pete & Pete), directed by Jennifer Oxley, and boasts voice actors in Patton Oswalt, Rachel Bloom (Crazy Ex-Girlfriend), and Pete Davidson (Saturday Night Live).

Okkervil River’s last album came in 2016 with Away. Earlier this year, Sheff released Down Down the Deep River, a film which he wrote, directed, and scored. 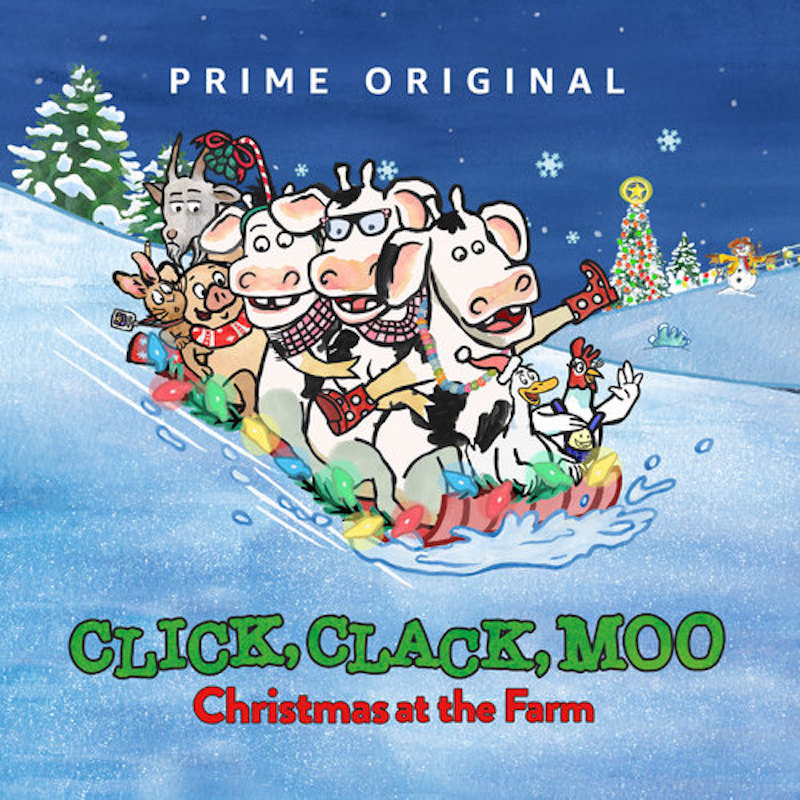