The following review was originally published as part of our coverage of the 2017 South by Southwest Film Festival.

Throughout the history of the Western genre, the drunk has often been the source of comic relief. He usually stumbles through the film, cracking wise and lightening the mood. He’s a distraction from the narrative, offering the audience a break from the high-plains action. He is often a buffoon, and rarely has a major story arc. But sometimes, the drunk is the most interesting character in the genre, namely because the drunk (unlike the lantern-jawed hero) has the most room for redemption.

During John Ford’s Stagecoach, Thomas Mitchell’s Doc Boone rises from his drunken stupor to deliver a child. He asks for coffee, lots of coffee, and we see the man finally come alive. In Rio Bravo, Dean Martin’s Dude leaves behind his lush-like ways and becomes the deputy that his friend, John Wayne’s Chance, needs. When the Duke finds that Chance has been saving his guns and uniform, he’s surprised. Chance replies, “Well, I was waiting for when they’d fit you again.”

Ian and Eshom Nelms’ modern-day Western, Small Town Crime, offers up another drunk looking for redemption with John Hawkes‘ ex-cop Mike Kendall. Following a disastrous incident that leads to the ugly death of his partner, Mike is kicked off the force and left badge-less and unemployed. Since then, he’s been purposefully blowing interviews and collecting his unemployment checks; that is, when he’s not mainlining alcohol, fighting with bouncers twice his size, and eating gravel when he loses.

Driving in his matte-black Chevy Nova, Mike finds a new cause for himself in the form of a dead body on the side of a deserted road. The body turns out to be a young girl, a member of a teenage prostitution ring. Immediately thereafter, Mike falls headfirst into a conspiracy of pimps, wealthy brokers, and rural assassins. And, amongst all the danger, Mike finds himself again.

Naturally, the driving force behind Small Town Crime is Hawkes. The veteran actor has never ceased to impress, from his frightening turn as a cult leader in Martha, Marcy, May, Marlene to his sweet role in The Sessions. He’s the new Harry Dean Stanton, an actor with a working-class grace and wit, and his face (similar to Stanton’s) is a storytelling device in its own right. It conveys a painful history, even when the actor is cracking wise. In Small Town Crime, Hawkes is simply a delight. He’s a consummate loser with the ability to talk his way into and out of jeopardy. The Nelms brothers, who also wrote the film, crafted a tailor-made role for him in Mike. The lazy, intense, and irreverent hero is the perfect match for Hawkes’ singular talents, and his deceptively easy performance hides a past that the character is all too eager to forget.

From the very first frame, the Nelms brothers (Eshom and Ian) put Hawkes’ face and sinewy body at the center, wisely allowing the actor’s movements to play out in long takes. In one hilarious scene, Mike chugs a large cup of coffee while he listens to the details of a murder case. The camera lingers on him as he downs his drink. He says to his client, “Just waking up. Just waking up.” It’s funny, but also completely character-driven. In this particular moment, Mike is ridiculous yet heroic, a brilliant medley of comedy and pathos that Hawkes only knows too well.

Though Hawkes is not alone, as the genius of Small Town Crime lies in its casting, and the Nelms brothers surround their powerful lead with pure talent. Octavia Spencer, who’s also one of the film’s producers, adds her usual sardonic touch to Mike’s foster sister, Kelly; an ever-charming Anthony Anderson plays her husband, while also doubling as Mike’s drinking partner and best friend; and Clifton Collins Jr. and Robert Forster lend a hand as a pimp with a heart of gold and the dead girl’s rich grandfather, respectively. Oddly enough, Collins’ punchy street cadence surprisingly mixes quite well with Forster’s more gravelly, measured delivery. All in all, the whole thing makes for a rather memorable ensemble film.

As writers, the Nelms brothers have crafted a comedic crime narrative most akin to the Coen Brothers or Shane Black. Like No Country for Old Men or The Nice Guys, Small Town Crime features weird hitmen, situational comedy, and explosive bursts of violence. However, as filmmakers, the Nelms lack the confidence or style of those directors. Considering the over-the-top nature of the film, the composition and color palette are basic and competent. This is forgivable considering the centered, character-driven nature of the film, but stylistically, the filmmakers never truly come into their own.

Instead, the film’s success rides on the shoulders of Hawkes, and for the most part, it works. His believable journey from drunk to hero echoes the trials and tribulations of those great Western lushes. And much like Doc Boone or Dude, Mike is ready for his clothes and guns to fit him again. 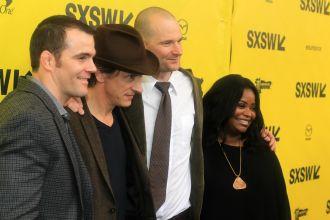 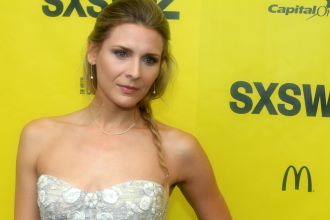 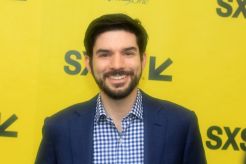 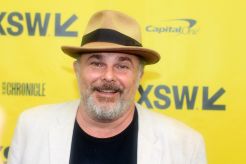 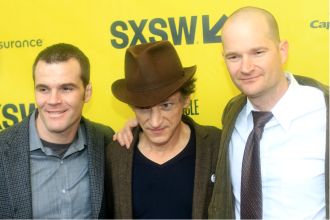 Film Review: Small Town Crime Stands Up For the Plight of the Town Drunk