There’s a scene early in Blockers where Ike Barinholtz‘s scuzzy dad Hunter refers to his high school prom as the best night of his life. The Austin, TX audience laughed, but this laugh was different from those before and after it. This laugh was knowingly self-aware, where the rest of the film culled its chuckles from raunchy gags and evergreen filth. This laugh was a subtle acknowledgment among the audience that there’s something tremendously sad about a 40-something who cites prom as the best night of their life. For most people, prom is either awkward or uneventful, a mirage that’s been mythologized by decades of onscreen fantasies. These days, prom is more archetypal than anything, a shorthand for sexual discovery among teenagers. And Blockers fits firmly in the lineage of that fantasy, with Barinholtz’s pathetic declaration standing as one of the film’s few glances into anything resembling truth.

But no one’s coming to a sweet, gleefully profane comedy like Blockers for truth. Like American Pie before it, Blockers tells the story of unashamedly horny teenagers — Julie (Kathryn Newton), Kayla (Geraldine Viswanathan), and Sam (Gideon Adlon) — looking to lose their collective virginities on prom night in an upper-crust Midwestern suburb where the houses are huge, the parties are lit, and token nerd Chad (a hilarious Jimmy Bellinger) is presumably the only kid not plucked from Central Casting. Blockers distinguishes itself by building its narrative around the parents of the girls: Hapless Lisa (Leslie Mann) clings to Julie for dear life; square, well-meaning meathead Mitchell (John Cena) fears the influence of bad boy Connor (a hateable Miles Robbins) on the athletic Kayla; Hunter (Barinholtz) is just trying to reconnect with Sam after being ousted for banging the babysitter years earlier. But though the trio’s attempts to intercept the girls after learning of their sex pact serves as the film’s comic spine, it almost distracts from what feels like the film’s raison d’etre, which is the coming-of-age narrative between the girls.

(Read: It’s Time We Talk About Who Teen Sex Movies Are For)

Blockers is significant in how it aggressively yanks away the dude-bro stranglehold over teen sex comedies, allowing Julie, Kayla, and Sam to openly express and explore their sexuality in ways that never involve the word “slut.” Director Kay Cannon‘s perspective is the film’s biggest asset, as it freshens up the traditional formula’s inevitable focus on love, consent, and orientation in ways that maintain the sub-genre’s trademark raunch. Viswanathan emerges as the film’s MVP, her mix of confidence and tenderness rippling like a live wire every time she’s onscreen. Her relationship with smirking drug peddler Connor is both frustrating and relatable; she could do so much better, but everyone’s got a troublemaker in their past. Sam’s careful navigation of sexual preference is also a highlight, her clinical approach to unlocking it feeling so distinctly millennial. Less successful is Julie’s story, if only for its familiarity; we’ve seen the story of graduating seniors pondering their romantic futures a dozen times before, and Cannon brings nothing new to the exploration here. It doesn’t help that Austin (Graham Phillips), Julie’s blank-slate beau, might as well be a hunk of molded clay.

As the girls hop from prom to party to more parties, Lisa, Mitchell, and Connor do their best to interfere while also encountering their own issues with both parenting and the collapse of their friendships. Like Arnold Schwarzenegger before him, Cena proves he can pass as a suburban dad by allowing his gee-golly charisma to eclipse his terrifying muscles. The surprising amount of tenderness he brings to his faded friendship with Lisa is genuinely touching, as is Lisa’s fear that Julie will be abandoned like she was. Barinholtz, who was essentially cast out of the community after his affair, even gets a sweet moment of pathos, though it’ll probably be the glimpse we get at his bare scrotum that lingers long after the film ends. Their antics are amusing, if occasionally overwrought — for example, a centerpiece sequence involving Cena, a beer bong, and his asshole isn’t nearly as funny as the film thinks it is. Butt chugging was so 2014.

Truly, the film’s funniest moments come from its deep supporting roster, which includes national treasures June Diane Raphael and Hannibal Buress, as well as old standby Gary Cole and a game Gina Gershon. Buress and Raphael bring the film’s quirkiest, most left-of-center laughs, while Cole and Gershon’s filthy subplot is funny until it takes a hard turn in the direction of “gross.”

The biggest problem with Blockers is that there’s a bifurcated quality to its structure, with the adults and kids seeming to exist in two different movies, neither of which really get the chance to blossom into something truly memorable. When the storylines begin merging in the end, the results are occasionally affecting but mostly by the numbers — “it’s hard letting go,” etc. What revelations the film does offer unfold among the girls, not the adults. And that’s why Blockers, despite the star wattage of its adult characters, is much better suited for teens than adults. 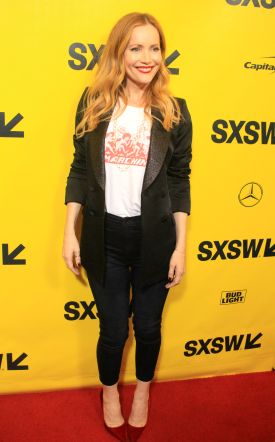 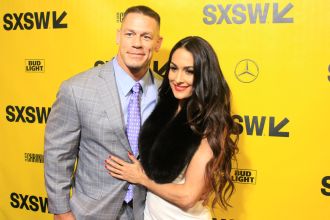 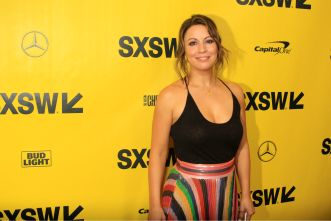 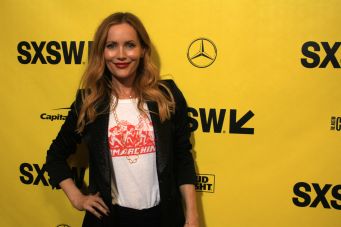 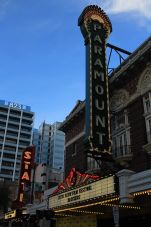 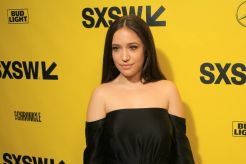 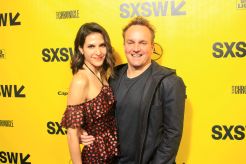 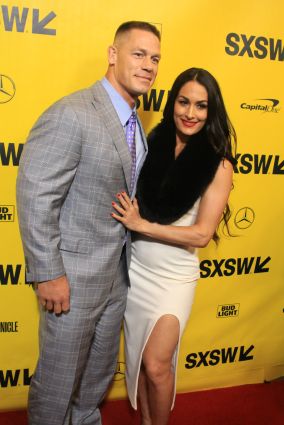 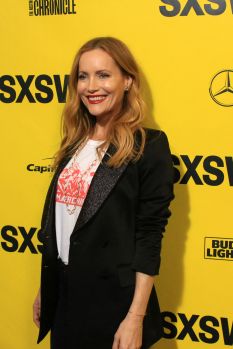 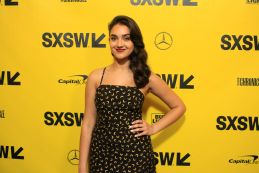 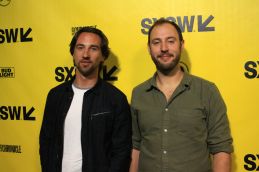 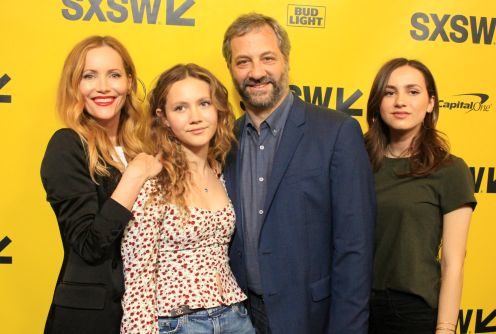