The first Los Angeles edition of the Decibel Metal & Beer Fest took place at The Wiltern this past weekend (December 1st and 2nd), and judging by the heavy amounts beer flowing and metal being played, it was nothing short of a total success.

Day one kicked off an hour before the first band hit the stage, giving the metalheads a chance to sample nearly 40 beers from 18 unique breweries. Wake Brewing’s “Double Fisted Frost Hammer”, Ghost Town Brewing’s “Hammer Smashed Simcoe”, and Trve Brewing’s “Cosmic Crypt” all seemed to be quite popular, but perhaps the biggest success belonged to Unibroue, who had Megadeth legend Dave Mustaine himself stop by the booth to pour his signature beer “A Tout Le Monde” for his fans.

Trappist kicked off the music portion of the festival with a heavy set that brought the fans from the lobby and down to stage. NWOBHM worshipers Pounder were next, followed by Necrot (who also happen to be on the 2019 Decibel Tour), Khemmis, and Pig Destroyer, who decimated the venue with what was easily the loudest set of the evening.

After The Black Dahlia Murder‘s set, it was time for the evening’s headliners, Testament, who performed both The New Order and The Gathering in their entirety. If the metalheads on the main floor were a bit wiped out from the hours of drinking beer and navigating the mosh pit, Testament definitely brought them back to life, although by the time the band wrapped up their set with “Disciples of the Watch”, most everyone looked wiped out all over again.

Day two of the festival kicked off with Bay Area-based Wolf King and up and comers Haunt, while the line in the lobby continued to grow for a book signing by Triptykon frontman and metal legend Tom G. Warrior. By the time Tom was at the table, the line snaked throughout the lobby, and Tom spent time signing books and taking photos with all of them.

Power Trip took the stage just about the same time that Tom finished up, and proceeded to put on a D.R.I.-inspired crossover thrash set that got the pit opened up and ready for both YOB and Godflesh, who each put on crushing sets.

It was finally time for Triptykon’s Celtic Frost set, and when Mr. Warrior and his band walked out onto the stage, it was clear that it was them that fans had come to see. With a setlist that covered almost every era of Celtic Frost’s discography, highlights included “Into Crypts of Rays”, “Return to the Eve”, “Procreation (Of the Wicked)”, “Return to the Eve”, and of course “Morbid Tales.” At one point Tom stopped to dedicate “Ain Elohim” to longtime Celtic Frost bass player Martin Ain, who passed away last year.

Triptykon was the perfect way to wrap up the evening and the festival, and it seems ready to return to the West Coast next year. Well done, Decibel, well done! 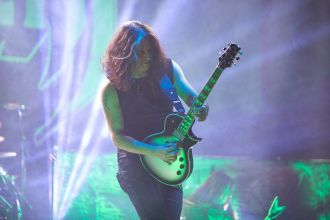 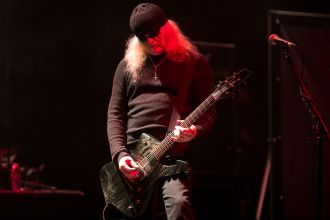 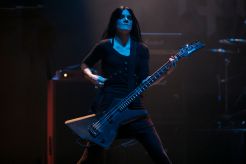 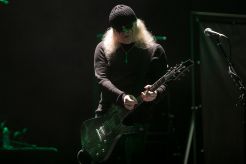 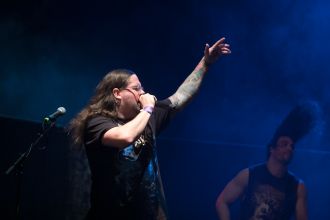 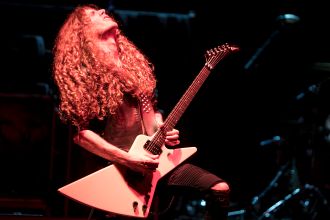 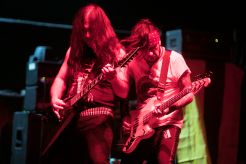 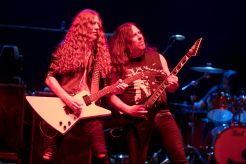 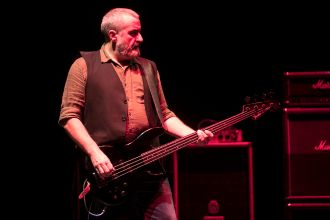 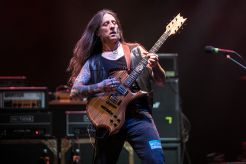 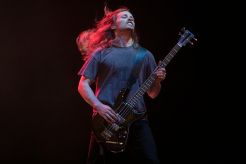