What a pathetic month for the fashion world this February has been. You’ve got Gucci totally fumbling with their blackface balaclava, drawing ire from longtime Gucci rep Soulja Boy, and now here comes Katy Perry with her equally disastrous pair of shoes.

The pop star recently released a new line of shoes, and two of them — the “Rue Face Slip On Loafers” and “Ora Face Block Heel Sandal” — have sparked outrage for its achingly brutal similarities to the historical “blackface” appearance.

See below for yourself. 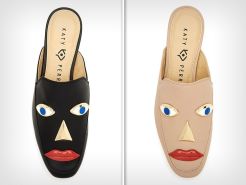 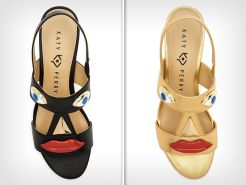 According to TMZ, the shoes won’t be on the shelves for long as a source tells them, “In order to be respectful and sensitive the team is in the process of pulling the shoes.” (No word on if Virginia’s governor was able to secure a pair before they ceased availability.)

Perhaps it might have behooved Perry to listen to her recent collaborator Dolly Parton and stuck to strictly “Red Shoes”? Hey, to quote Alanis Morissette, you live, you learn.

Katy Perry's "blackface" shoes are being pulled from shelves