Setting the Stage: When Earthless announced their date at Saint Vitus Bar in Brooklyn, tickets immediately sold out. The venue was too small to contain the cult following the San Diego heavy psych vets have amassed with the transcendent jams they’ve been writing for over a decade. The tour demanded a second New York date, the night prior — right down Manhattan Ave at the neighboring venue Brooklyn Bazaar.

The multi-level complex made an ideal setting for the first show of Earthless’ two-night stand in Brooklyn. Just down the street from Saint Vitus, the Bazaar’s second floor venue space was enough to accommodate the large contingent of fans that missed out on tickets the first time. Some took advantage of their chance to see the band twice, knowing that an Earthless set is never quite the same night to night.

Taking the Stage: Brooklyn psych rockers White Hills opened the night with a fitting set of droning headbangers and industrial rock. Drummer and vocalist Ego Sensation stood upright wearing a gold sequined blazer. The aggression of the music cast a stricken look on her face. Guitarist Dave W. looked elegant in a dark vest that covered a polyester shirt of psychedelic designs.

The set leaned toward their recent material (2017’s Stop Mute Defeat) rather than the 2007’s Heads on Fire, which evokes the spacey desert rock of Earthless. But the contrast worked in the Brooklyn band’s favor on this night, offering a vague (instead of an overt and obvious) prelude that was satisfying on the ears. White Hills’ performance toed the line of absurd and humorous, and there was just enough formless jamming to keep the stoner crowd hyped. “It’s like White Stripes on acid,” said a dude next to me.

A brief interlude preceded Earthless as the room filled out with latecomers. During this time, I observed one of the night’s most charming moments when guitarist Isaiah Mitchell came onstage to arrange his pedal board. He threw a shy glance at the crowd, carrying his custom Stratocaster and shuffling his pedals to the front of the stage before doing some final tuning. It recalled a DIY show, with the dude in the next band plugging their gear in before a set. Except Isaiah Mitchell is a guitar virtuoso in the world of stoner rock, and seeing him hook up his pedals was weird and wholesome in the moments before imminent shredding. Guitarists and pedal-heads looked on in reverence as he assembled his rig.

Earthless began with a 25-minute exploration that resembled the epic “Uluru Rock”, only there was a new factor in the band’s formula that made each jam different and joyously amorphous. After years and countless hours of jams, to call the trio of Mitchell, drummer Mario Rubalcaba, and bassist Mike Eginton tight is an understatement; however, Eginton was out with an illness. Russ James (an associate of Phil Lesh) sat in on bass, filling the void with ease and wearing a massive grin while doing it. His confidence in the role made for a flawless performance.

The highest moments of an Earthless set resemble a modal jazz trio; they settle into a key and it’s sheer expression henceforth, jams that ebb and flow with an involuntary fluidity as Mitchell relentless showers riffs. After running through “Gifted by the Wind” and “Electric Flame” from their latest album, Black Heaven (the only one to feature vocals, which came across well live), the band commenced on a final 15-minute epic, truly illustrating their improvisational mastery. The acclimation of James to the decade-plus tightness of Rubalcaba and Mitchell was remarkable, especially during these final moments.

One guitar riff fed off another, an altered rhythmic cadence from either the drums or the bass triggered a synchronized shift. Each member of this freshly assembled power-trio achieved mastery alongside one another. It demanded an encore, and the band emerged from the green room for a joyful run through of “Foxy Lady” by Jimi Hendrix that triggered a mosh pit.

Often referred to as a ‘jam band’, Earthless have reclaimed that title from the depths of the derogatory (if that’s where you consider it). What’s wrong with a lengthy jam anyways, especially when it traverses so much compositional variation? Mitchell’s guitarwork journeys wildly through the tropes and bluesy scales of any normal jam act, actively decimating those restrictive elements. His rhythm section won’t let him dawdle in noodle land. There is none of that in Earthless. It’s music that illustrates the sonic possibilities of a band that trusts one another. Wherever anyone goes, the others follow. Earthless have made that their essence.

Photo Gallery: Earthless and White Hills at Brooklyn Bazaar (click to enlarge and scroll through) 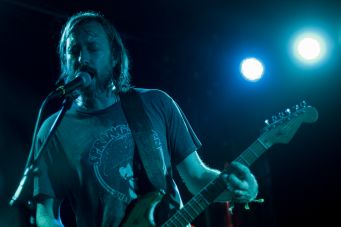 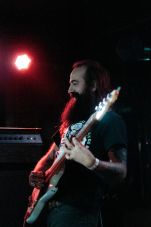 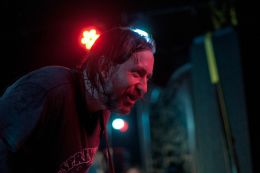 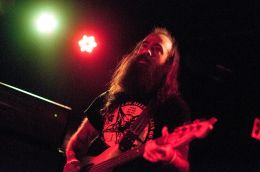 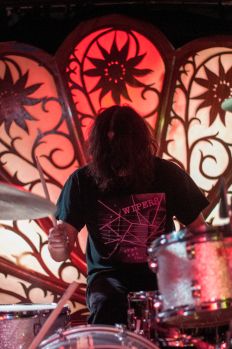 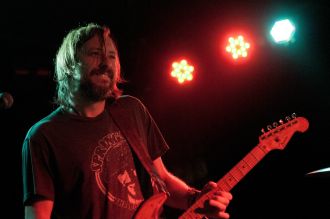 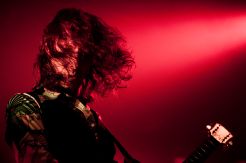 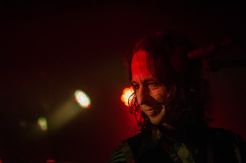 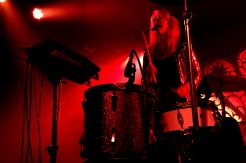 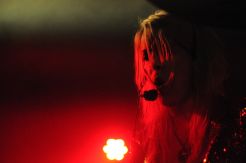 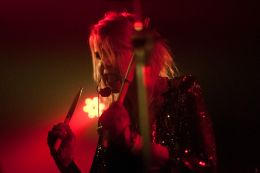 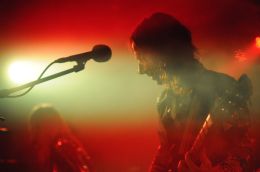 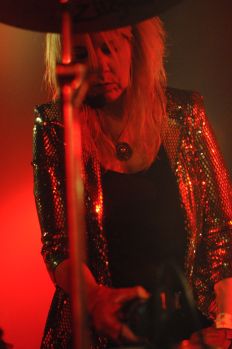