Out of all the beloved moments within Joss Whedon’s Buffy the Vampire Slayer, the 2001 musical episode, “Once More, With Feeling”, ranks among the highest. In fact, most fans know the words to every song, which is why they’ll sink their teeth into this story.

For the first time ever, the original cast recording is being pressed to vinyl courtesy of Mondo. In addition to every track, the album will sport snazzy new artwork by Paul Mann and brand new liner notes from the maestro Whedon himself.

“We’ve been huge fans of Buffy: The Vampire Slayer for decades. Our obsession with the musical episode ‘Once More With Feeling’ inadvertently presented a solution to a long standing problem of how to best entry point for us to celebrate the brilliantly singular, yet expansive series. It took a few years to get it perfect, but we couldn’t be prouder with the artwork that Paul Mann put together—including some truly inspired additional design by Chris Bilheimer and Eric Montes, who came up with the idea of the ‘Slaybill’ lyric booklet.”

The record goes on sale March 20th at 12:00 p.m. CST via Mondo. Of course, as with anything on Mondo’s store, you’ll need to have Slayer-like reflexes to pick one up, as their supply tends to sell out almost immediately. So, do as Giles would, and be punctual.

Preview the artwork below, followed by the tracklist and a scene from the episode. 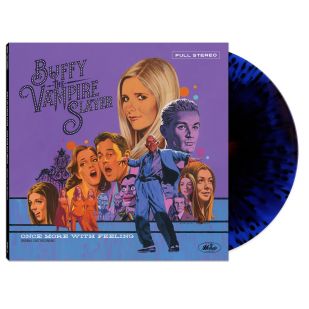 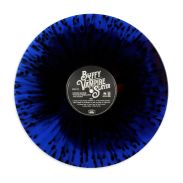