Dream Theater offered up some new and old at their show at New York City’s Beacon Theatre on Friday night (April 12th). The prog-metal titans played songs from their new album, Distance Over Time, and performed their 1999 disc, Metropolis Pt. 2: Scenes from a Memory, in its entirety to celebrate its 20th anniversary.

The show was divided into two sets, with the first showcasing four songs from Distance Over Time — “Untethered Angel”, “Fall Into the Light”, “Barstool Warrior”, and “Pale Blue Dot”. At one point during the first set, singer James LaBrie gave a shout-out to guitarist John Petrucci’s family, who was in the audience, as well as to members of former Dream Theater drummer Mike Portnoy’s family, who were also present, eliciting huge cheers from the crowd. Mike himself was not at the show.

After the first set, which also included the older songs “A Nightmare to Remember” and ” In the Presence of Enemies, Part I”, LaBrie announced, “Stick around for the second set, you might have heard that album”, again getting big cheers from the fans, who were anticipating Metropolis Pt. 2: Scenes from a Memory from front to back.

And, upon returning to the stage, the band did exactly that — they played the 1999 album in its entirety, letting the music do the talking, save for one moment when LaBrie talked about the 1999 album marking keyboardist Jordan Rudess’ entrance into the band, and how much the band enjoyed playing in New York City.

Following the full performance of Scenes From a Memory, the band returned to the stage one more time to perform their Images and Words classic  “Pull Me Under”, capping off a memorable night celebrating the band’s present and past. 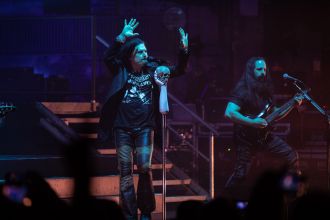 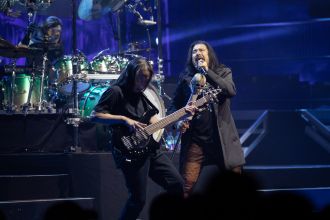 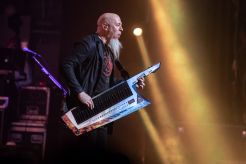 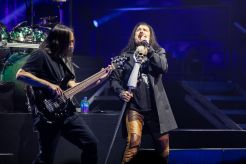 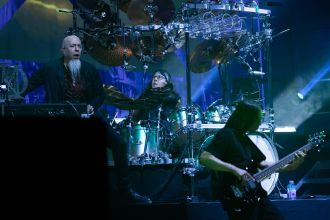 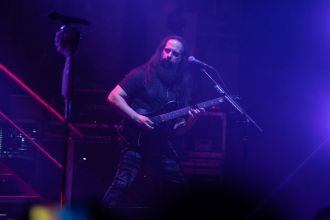 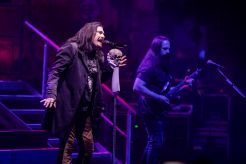 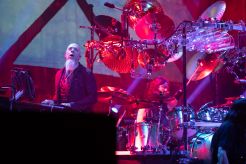 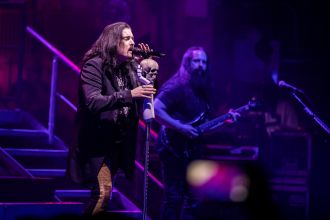 Act 1:
Untethered Angel
A Nightmare to Remember
Fall Into the Light
Barstool Warrior
In the Presence of Enemies, Part I
Pale Blue Dot

Act 2 – Metropolis Pt. 2, Scenes from a Memory:
Regression
Overture 1928
Strange Déjà Vu
Through My Words
Fatal Tragedy
Beyond This Life
Through Her Eyes
Home
The Dance of Eternity
One Last Time
The Spirit Carries On
Finally Free

Encore:
Pull Me Under