Setting the Stage: It finally felt like spring and the ’90s nostalgia was palpable as the double-bill of Swervedriver and Failure came to Brooklyn’s Warsaw on a Friday night (March 29th). The flannel shirt weather brought with it a fitting bill of heavy guitar bands of different strands: Swervedriver being a force in the Creation Records shoegaze scene of yore, while Failure recorded a lost post-grunge masterpiece (1996’s Fantastic Planet) and quietly amassed a cult following, enabling the band to reunite and continue to profitably tour and make records after a lengthy hiatus and lukewarm commercial impact during their major label days. While both bands may have made their initial mark in the ’90s, they each sound as vital as ever in their second incarnations.

Greenpoint’s grungy Polish venue Warsaw was an appropriate place for the festivities. The smell of pierogis and sausage wafted from the concessions and into the theater where a small gathering of early birds saw a poorly advertised performance by Criminal Hygiene. Social media events and show listings stated an 8 p.m. start time, but the L.A. power pop band went on a half hour prior (digging through Facebook comments revealed the actual set times). They played a spirited brand of catchy rock that recalled the Gaslight Anthem with shades of latter-era Replacements, a non-affronting warmup.

Taking the Stage: Swervedriver are best known for their contributions to the shoegaze canon with 1991’s Raise and 1993’s Mezcal Head, bringing the passionate melodic punk of Hüsker Dü into heavier and hazier territories. The band found new life after re-forming in 2008 and releasing two albums, most recently Future Ruins earlier this year. The band played a large portion of the new album along with choice cuts, an outline of the Coney Island Cyclone from their album cover lit softly behind them.

It was a dreamy and somber set, though Swervedriver were not lackadaisical. Rather their songs are played fast and relentlessly, creating a warm, hypnotic effect as the guitars swirl and cascade. Drummer Mikey Jones held down highway tempos while guitarists Adam Franklin and Jimmy Hartridge created a wall of controlled noise that turned into a comforting, repetitious vibration. The band rarely wavered from their tonal trance and never resorted to theatrics, playing simply and thoughtfully. New songs, particularly the mellow rocker “Future Ruins”, stood up well alongside the band’s classics. Heyday anthem “Never Lose that Feeling” highlighted the set with its optimism and genuine sentiments, epitomizing the band and their earnest artistry.

The mood for Failure’s set was noticeably darker. Ever since reuniting in 2014, the band plays without amplifiers, Ken Andrews and Greg Edwards routing their guitars through a complex digital interface and analog rack gear that intends to recreate the clarity of a studio recording in the live setting (without the audience being able to tell the difference). A well-established producer and sound engineer, Andrews devised the system, which brings the technical approach of a hip-hop or pop production into the realm of heavy guitar music. Failure aren’t just playing songs; they are literally recreating their studio recordings onstage.

It goes with the band’s reputation as sonic perfectionists. Their set was seamless, each tone and frequency dialed in and radiant. Drummer Kelli Scott even had dampening shields around his drum mics to kill the bleed — that’s how much this band cares — reining in his forceful and physical playing style. The setlist was heavy on selections from last year’s In the Future Your Body Will Be the Furthest Thing from Your Mind, a series of four EPs. While these songs didn’t have the immediate catchiness of their ’90s material, the cinematic sheen was captivating, particularly the doomy “Heavy and Blind” and glossy pop of “Dark Speed”.

Failure made sure to revisit the touchstone moments from Magnified (“Undone”, “Frogs”) and Fantastic Planet (“Stuck On You”, “Another Space Song”, “Smoking Umbrellas”, “Heliotropic”), much to the excitement of the packed crowd. Edwards’ guitar harmonics were elegant and as shimmering as the gold body of his Gibson, and Andrews’ vocals were sharp and audible, no doubt aided by the digital live interface. Edwards and Andrews traded between bass duties like they did in the old days; the former handling the twinkly guitar melodies and the latter the colossal feedback swells of louder songs.

While other heavy acts would lose their edge without the air coming from the amps, Failure’s brand of art rock demands a cleaner palette. The nostalgia came full circle as the band closed with Comfort oldies “Macaque” and “Screen Man” from 1993 — a poignant finale as the trio returned to its earliest songs, giving fans one last taste of the past before departing the stage. 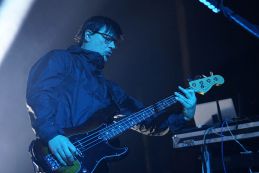 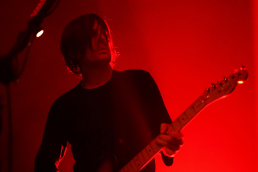 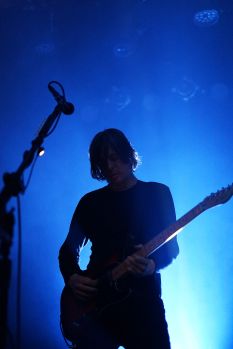 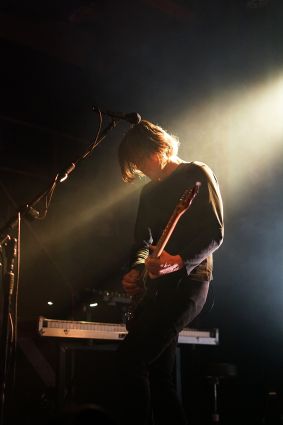 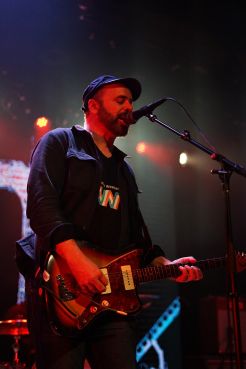 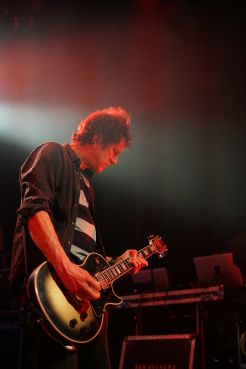 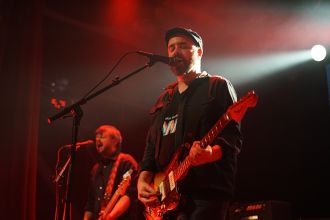 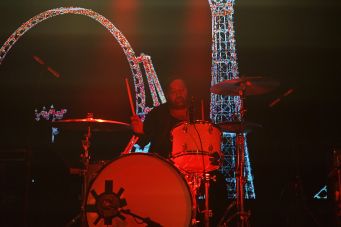 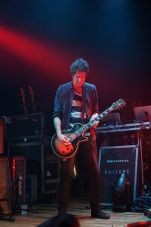 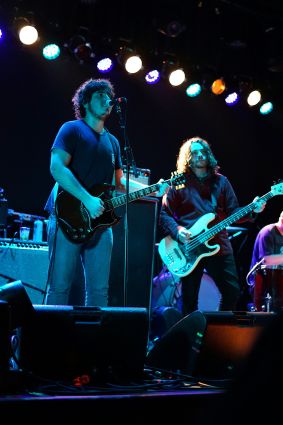 All photos by Laura Miles Dresser