The following review was originally published as part of our coverage of the 2019 South By Southwest film festival.

The Pitch: What if we told you Charlize Theron and Seth Rogen were an item? Even better, what if we told you that their unlikely romance was at the risk of America losing what could be its first female president? Hold our beer and give us two hours.

Against All Odds: Long Shot is such a staggering anomaly. Not only does Jonathan Levine’s latest romantic comedy arrive when the genre couldn’t feel more deflated, at least for two straight, cisgender white leads, but it operates against some deadly odds. Yes, there’s the obvious Theron-Rogen matchup, which had this writer groaning as he wrote up the first trailer a month ago, but really, it’s the politics.

More often than not, political humor stumbles, particularly at a mainstream level. It’s like setting movies within the Hollywood system; they’re either too contrived or too farcical, their tongues poking holes through their rosy red cheeks. What’s even more dicey is tossing romance into the mix, namely because Capitol Hill is the last place anyone would look for love — especially nowadays.

All of this is to suggest how true Long Shot is to its name. In the age of Veep and House of Cards, Levine’s rom-com manages to eschew the cynicism and nihilism of those two programs and hearken back to Aaron Sorkin’s Golden Age of DC, be it 1995’s The American President or NBC’s The West Wing. Even so, it never loses sight of the America it operates in, and that’s where it truly shines.

Screenwriters Dan Sterling and Liz Hannah deftly navigate Trump’s America by acknowledging how fucked things have become while also keeping things achingly grounded. It’s all about perspective: Right from the get-go, we’re given intimate glimpses into the way Theron’s Secretary of State operates, in the same way we follow Rogen’s disgruntled exit from the sad state of journalism.

Granted, there are incredibly transparent ties to our current realities — the current sitting president (Bob Odenkirk) is a former television star looking to leave the Oval Office for that “rare” leap to movies *wink* *wink* — but Sterling and Hannah never indulge in hyperbole. As such, the pieces fall into place naturally, from Rogen and Theron’s relationship to the situational comedy that follows.

Vote of Confidence: Unlike his equally impossible coupling in Knocked Up, Rogen actually has a genuine chemistry with Theron. They’re insatiable together, but not immediately. Sterling and Hannah take their time developing their bond, threading out their past history as they build upon their current state of affairs, which allows us to share their anxiety, their attraction, and their passion..

Both are dialing it back to 2011, too, with Rogen channeling that chummy heart he brought to Levine’s 50/50 and Theron dusting off those stoic-turned-reckless vibes she nailed to perfection in Jason Reitman’s Young Adult. Yet they each carry a self-awareness in their performances that acknowledges how crazy this all is, which makes the eventual pairing that much more effective and redemptive.

In one particular sequence, Theron must calm down Rogen, who’s frantically pacing around screaming in the midst of a harrowing terrorist attack. She instructs him to use a Naval breathing method she’s learned herself, to which he obliges as he sits next to her. Yeah, you know where this goes, and so do they, but even then, in The Moment, there’s a mutual doubt that feels all too palpable.

Levine works damn hard to earn these snapshots, layering the couple’s near-episodic exploits with rare moments of solidarity. In fact, some of the film’s most powerful sequences are the furthest away from the laughs and the hubbub, whether it’s Rogen enjoying an early morning at the beach set to Frank Ocean or Theron wrestling with her thoughts in transit or alone at home. The tranquility in this is sublime.

But so are the more abrasive moments. Sterling and Hannah get creative with the larger-than-life premise and put Rogen and Theron through the wringer. Both are always game and both always find a way to add some humility to the mix, particularly Theron, who more or less runs away with the movie for a good 20 minutes after she insists upon trying out MDMA. No lie: Some of her best work onscreen.

All-Star Cabinet: O’Shea Jackson and June Diane Raphael both play the expected close friend archetypes for Rogen and Theron, respectively, but they actually feel like a part of their world as opposed to rudimentary appendages. Jackson oozes with contagious charisma, while Raphael couldn’t be more biting with her humor, and both add a great deal of thematic weight to the film.

Behind them is a supporting cast comprised of a glutton’s worth of comics, most of which reads like an annual guest list for Earwolf. Ravi Patel adds another oomph of levity to Theron’s core staff, Odenkirk skates over parody as the aforementioned president, Paul Scheer steals a minute of screen time as a FOX News-esque talking head, and even Randall Park drops by.

Elsewhere of note is Alexander Skarsgård as a Justin Trudeau stand-in, Andy Serkis as an unrecognizable, villainous double for Rupert Murdoch, and, you know, all three members of Boys II Men. Seriously, the familiar faces never stop coming.

The Verdict: Perhaps one of the reasons why Long Shot doesn’t feel so out-of-hand is because, well, take a look around America right now. If anything, the film is tame by comparison, idealistic even, but not without reason. These aren’t great times, and Long Shot is well aware of that, which is why it hardly pulls its punches as it snubs everything from New Media to the lack of bipartisanship. Yeah, these are the richer subtleties of the movie, admittedly, but they also explain why Long Shot is so effective.

Politics aside, Long Shot is a major win for Levine, Rogen, and Theron, who defied the odds to deliver an instantly re-watchable hit. It’s sexy, it’s funny, it’s smart, it’s topical, and, above all, it’s exactly what some people need right now.

Where’s It Playing? Long Shot hits theaters on May 3rd. Get your tickets now! 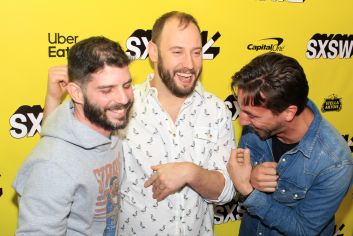 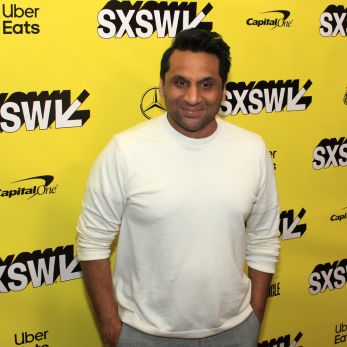 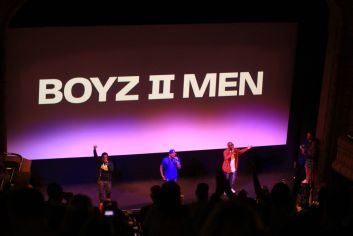 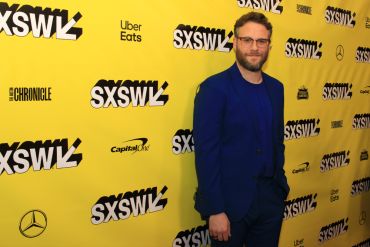 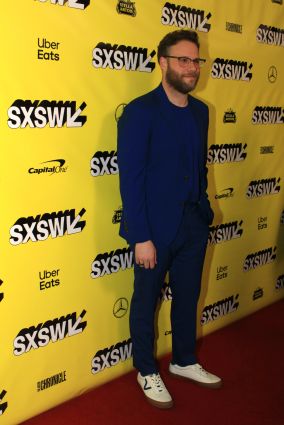 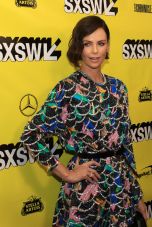 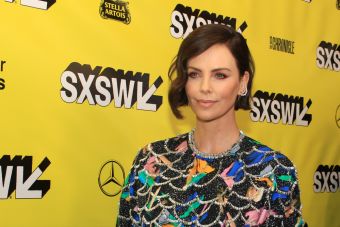 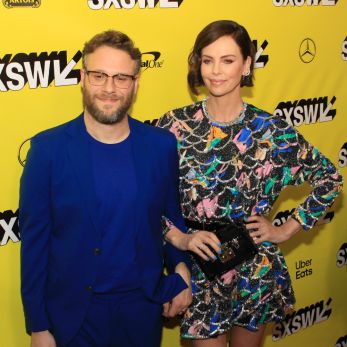 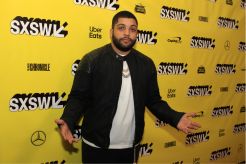 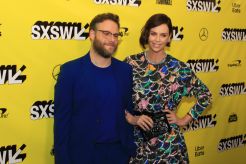