It’s a Cruel Summer: Picking up exactly where Season One left off, ex-Special Forces/former sensei John Kreese (Martin Kove) returns to Cobra Kai, cigar and all, in an effort to make amends with Johnny Lawrence (William Zabka). However, to quote another ’80s property, there’s more than meets the eye, and Johnny will have to contend with the ugliest parts of his past in order to find a brighter future for himself.

Meanwhile, Daniel LaRusso (Ralph Macchio) is following in the footsteps of his late sensei Mr. Miyagi (Pat Morita) by opening up his own dojo to bring balance to a new generation of outcasts while also finding balance in his own life. His first two students are his own daughter Samantha (Mary Mouser) and Johnny’s estranged son Robby (Tanner Buchanan), who may or may not have feelings for each other off the mat.

In between, there’s the entire Cobra Kai cadre, led by Miguel Diaz (Xolo Maridueña), who’s hot off his latest win at the All-Valley Tournament and yet cold from his vicious breakup with Samantha. As his mother suggests early on, Miguel is changing, having assumed the dojo’s “strike first” and “no mercy” rules, and that moral metamorphosis continues in the latest chapter of Cobra Kai. Yet he’s hardly alone in that area.

Miguel’s colleagues are similarly wrestling with demons. Eli “Hawk” Moskowitz (Jacob Bertrand) finds more and more truths in being merciless, Aisha Robinson (Nichole Brown) strays further from her best friend Samantha, and Demetri (Gianni Decenzo) realizes there’s only so much time you can spend on the sidelines. Behind them are a whole new class of inductees, including a possible new MVP in Tory (Peyton List).

No Shelter: The stakes keep stacking up in Cobra Kai. At the center of it all is Johnny’s mistrust for Kreese, who nearly killed him at the beginning of The Karate Kid II, a memory he certainly hasn’t forgotten. Their fractured relationship informs so much of the action this season, particularly as Kreese exerts his influence over the dojo by insisting upon his age-old “no mercy” mantras, despite Johnny’s hesitations.

Yet rather than paint Kreese as this cartoonish villain, as he so often was in the original series, creators Josh Heald, Jon Hurwitz, and Hayden Schlossberg tear a page from last year’s Creed II by scraping off the ego and indulging in some heart with its antagonist. Like the return of Ivan Drago, Kreese also has his own demons, and seeing them on full display aides in the uncertainty of it all, especially from Johnny’s perspective.

It’s also in service to the series’ broader theme of second chances, which the incredible inaugural season hammered down to great effect. That idea carries over into the second season, and not only with Kreese. Everyone’s constantly shifting from one side to another in a wild balancing act that the three showrunners wield to ensuing success, even while they lean more into the histrionic facets of the franchise.

No kidding. If we’re seeing this season as a sequel-of-sorts — and we should — then this go-around absolutely doubles-down on the insanity of The Karate Kid II and III. The fights are more elaborate — think: Chopping Mall and Rock N’ Roll High School — and the injuries are more vicious. This season doesn’t revolve around a tournament, mind you. These fights all go down off the mat, and they’re pretty brutal.

Young Hearts: Romance has always been the fuel of The Karate Kid franchise, and this series wisely keeps an extra tank or two in the Challenger. If you recall, the first season relished the angsty, heart-aching moments of the original with aplomb — even going back to the Golf ‘n’ Stuff with Commuter for the assist — and the second season carries on that tradition by molding and shattering a few hearts in the process. It’s great.

In one corner, there’s The CW fare involving Robby and Sam or Miguel and a certain newcomer, while in the other, there’s the more adult flirtations that give the series a slight edge over its competitors. Much like the last season, it all works because the relationships are so secondary to the actual narratives at hand, and they mostly serve to flesh out their respective strengths, quirks, or weaknesses. They hardly define them.

That’s not to say they’re without any cheese — no, there’s plenty of it. Heald, Hurwitz, and Schlossberg clearly want to tap into that YA demo, and their insistence upon that notion every so often leads to awkward dalliances with love. In one party sequence, a lesbian coupling winds up surprising a character, and the way it’s played with so very little nuance suggests they’re at times checking boxes over building character.

Having said that, when they’re on, they’re on. This season, Johnny discovers the Internet and even gets himself a Smartphone, all of which naturally leads to predictable YouTube searches of Kickboxer and Iron Eagle clips, but also women. When Miguel shows him Tinder, Johnny’s obsession is hilarious, offering Zabka a chance to exude his more charming naïveté, while also commenting on today’s warped dating culture at large.

Even better is everything that goes down with Daniel. As he often did in past Karate Kid chapters, he once again forgets to balance out his own life — in this case, his own marriage to Amanda (Courtney Henggeler). The two struggle quite a bit as Daniel’s attention turns toward his dojo, and that mean streak of his flairs up, but their tensions are a nice reminder that even the rookie from Reseda has a few wrinkles to iron out.

(It Takes) Two to Tango: As the season reaches its school daze of a finale, the series’ themes of mercy and second chances begin to stumble into a grey area themselves. Without spoiling too much, certain characters come up short or change for the worst, and while their actions admittedly disprove certain beliefs or lessons being discussed, they don’t exactly make them null or void, either. It’s all about perspective.

From the get-go, the allure of Cobra Kai has been its ability to acknowledge that the world isn’t black and white, and this season takes that notion to heart, drilling deep into how far one is willing to show mercy. Yet what makes this chapter all the more appealing is its willingness to ask questions and to answer each one with logical meditations. Because really, nobody has the right answer, if only because there isn’t one.

At one point, Amanda tells a troubled Robby, “We all make mistakes, it’s what we do next that counts,” while later on, Kreese counters that thought as he coldly explains to Hawk, “The world shows no mercy, why should we?” That tricky dichotomy eventually boils over in the season’s harrowing conclusion, the consequences of which narratively find the show ostensibly taking a stance, but even then, one can argue otherwise.

And they kind of do. Because by the end, you still have characters believing one way or the other, and they’re only empowered by those consequences. It’s an all-too-prescient thought to leave us with, especially at a time when our society continues to struggle with indifferences both minor and major, where cancel culture is absolutely a thing, and everyone has reasonable arguments for and against it.

You’re the Best: If there was any doubt who this show belongs to, the second season all but confirms that Zabka has Cobra Kai in his pocket. No shade to anyone else in the cast — they’re all incredible in their own respective ways — but Zabka is operating from an increasingly personal place.  Iconic characters be damned, the ’80s didn’t do him any favors but have him play shotgun to James Spader as the archetypal teen villain.

That’s just not the case with Cobra Kai, where he becomes more and more intriguing as the underdog with each passing episode, and this extends well beyond the narrative. Zabka brings so much pathos to his role, wrapping every line and every shrug with decades of weight, that you get the sense that he’s not just playing Johnny, he’s contending with decades of assumption and what ifs.

Of course, it also helps that he’s the most interesting character on screen. Heald, Hurwitz, and Schlossberg have taken what was once a tongue-in-cheek Internet theory — Daniel is the Real Bully of The Karate Kid — and turned it into a genuine drama, one that actually changes the way we can look at the 1984 original. Because, at this point, it’s just impossible to go back and see it as a sports drama between an outcast and a bully.

That twist on nostalgia isn’t an easy feat in the slightest, and yet it wouldn’t work at all if Zabka wasn’t so damn convincing. Every swig of Coors Banquet, every second guess on the mat, every bruise both physical and metaphorical … they’re all felt. This season, in particular, finds him at his dreariest, too, confessing his demons with so much conviction, you actually start to wonder if we’ll be talking about him come awards time.

Wouldn’t that be wild.

Karate (No) Kidding? Tory is going to wind up being the daughter of Terry Silver. 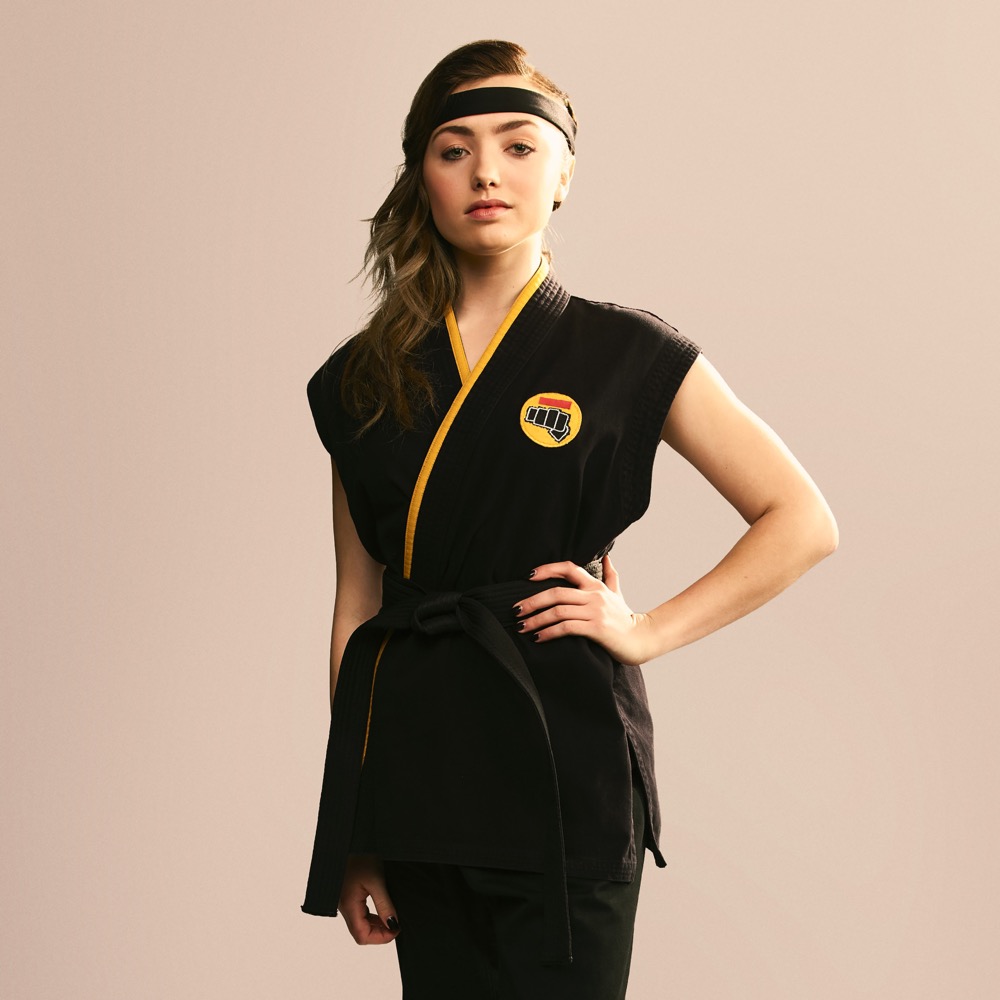 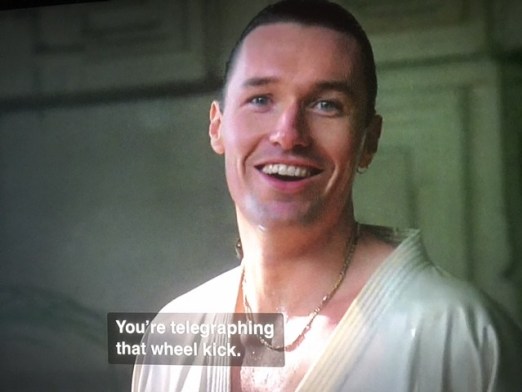 The Moment of Truth: By operating on the conceit that “anyone can be the hero,” Cobra Kai finds itself in a never ending journey of crossroads, the likes of which are a dream for any showrunner. Granted, this doesn’t need to draw out forever, but there’s no real rush to end this, and that says a lot given that we’re now 20 episodes into a spinoff of which already has three full feature-length films. How the hell did that happen?

One word: economy. Whereas the original films were so entrenched in the idea that they needed to usher in one more villain for Miyagi and Daniel to take down, Heald, Hurwitz, and Schlossberg are more concerned with the world-at-large. The more characters, the better is their M.O., and while most of the time that can prove disastrous, that hasn’t been the case for the series. The more really is the merrier for Cobra Kai.

Like Friday Night Lights, or even The WB’s Smallville before it, these range of characters offer so many stories and perspectives, and by showing them mercy, it will be quite some time before the mat wears thin. In that sense, it’s the best kind of sequel in that we’re able to return to a world we already loved and yet find new reasons for why we’d want to stay there. If they can keep that up, there will never be defeat in this dojo.

Where’s It Playing? Head to YouTube Premium for the entire second season.

TV Review: Cobra Kai Season Two Shows How Anyone Can Be The Hero, Not Just The Karate Kid