Setting the Stage: Skeletonwitch played two sold-out shows over the weekend at Saint Vitus Bar, headlining stacked bills on Friday and Saturday night at Brooklyn’s metal haven. After the initial show quickly sold out, a second date was added for Saturday, eventually selling out as well. In a diverse offering that spanned scenes and regions, the lineup for the “Louder Than Light” tour featured support from up-and-coming Austin, Texas, harshers Portrayal of Guilt, Belgium black metal trio Wiegedood, and Portland, Oregon, post-punks Soft Kill. Each band brought its own contingent of devotees, combining for a crammed evening in the intimate bar for the final show of the two-night stand.

In the past, Skeletonwitch has been a part of similar multi-act supertours, but often in a support roll, opening for bands such as Amon Amarth, Kverlertak, and Obituary. The Skeletonwitch logo might have been the smallest on the flier, but it was in those moments, in the shadows of the metal giants, that the Ohio band chiseled its renowned, airtight live performance. The “Louder Than Light Tour” is their tour, but the opening support was chosen with the same sincerity and tact that was shown to them as a rising band: the proverbial passing of the torch.

Taking the Stage: Austin post-hardcore quartet Portrayal of Guilt are the benefactor of this platform, opening the first half of the tour. It was only 7:30 and the crowd was still arriving when the band took the stage, delivering a crushing set of nihilistic noise. Dissonant interludes connected songs from the band’s latest record, Let Pain Be Your Guide, and few words were spoken by guitarist and vocalist Matt King, though his screams and howls cut through the mix. It was acerbic and dissociative, the band betraying not a stray smile or positive emotion. Drummer James Beveridge played at manic speeds, going through at least three drumsticks as he tormented his kit. The fury and catharsis lasted all of 20 minutes and offered no repose.

Whereas Portrayal of Guilt was cold and angular, Belgium’s Wiegedood was light and flowing: post-metal built on atmosphere and cascading tremolo picking. Drummer Wim Coppers sat in meditation during the moments prior, head down and eyes closed. Of the Church of Ra collective known for its spiritual approach to heavy music (guitatists Levy Seynaeve and Gilles Demolder are members of Amenra and Oathbreaker, respectively, also ‘Ra’ collective bands), Wiegedood appeared transported once they began, the constant wash of guitars becoming an almost ambient tonal repetition. Not to say it wasn’t heavy; their brand of black metal surges with volume and intensity — only without any posturing or gimmicks. The band thrives on the physical release of playing intense music and the bath of sound it creates.

Portland’s Soft Kill are the outlier on the tour, but their set — wedged between two extreme metal bands — had a strange, palette-cleansing quality. Churning smoke machines turned the room into a den of fog. A sudden dichotomy made itself apparent, as the room filled to capacity for the band’s dreamy post-punk (there was a Morrissey/Smiths themed party at the venue following the show, and Soft Kill attracted the spillover). Meanwhile, a noticeable contingent of metalheads waited begrudgingly in the bar area for Skeletonwitch to start, occasionally glancing into the concert space to see if the set was over yet.

The energy in the venue changed drastically when Skeletonwitch appeared for their second sold-out set of the weekend. Having played the stage the night before, the band was poised and comfy in the endlessly welcoming confines of Saint Vitus — and with a fresh audience to decimate. Beginning with Devouring Radiant Light opener “Fen of Shadows”, a declaration of their adventurous new direction in melodic black metal, Skeletonwitch gave their audience an exercise is musical precision and invigorating riffage.

The duality between guitarists Nate Garnett and Scott Hedrick (the band’s only remaining original members) is formed of a mutual bond and over 15 years of collaboration; they were an inseparable force on tracks like “I Am of Death (Hell Has Arrived)” and “Red Death, White Light”, accentuating and underlying each others phrases and patterns, executing their interwoven guitar pieces to perfection for the entirety of the performance. The band stuck mostly to Devouring Radiant Light, the only songs recorded by the band’s current lineup. The doomy passages in “The Vault” and the black ‘n’ roll of “Luminous Sky” balanced out the set with exploratory asides into Skeletonwitch’s suddenly vast array of metal, which spans from the technical thrash of their early years to the groove-laden melodic black metal apparent on the latest album.

Frontman Adam Clemans brought the performance together with his dramatic, exceptionally metal stage presence and desperate screams, which have a shocking amount of range. He wore black leather riding gloves, his hair wet, patrolling the stage with a hellbent look of possession. The crowd responded with circle pits, hoisted fists, and even supported Clemans on a risky stage-dive (there’s not much room to surf in Saint Vitus). His movements provided a thrilling physical element to Skeletonwitch’s aural onslaught, fully satisfying the senses, especially for those lucky headbangers in the front row who inevitably caught stray flecks of sweat and saliva. Clemans joined the band with the arduous task of replacing animated ex-vocalist Chance Garnett in 2016 and thus pulled a Bruce Dicksinson, reckoning a new chapter for a band that had already proven themselves as some of modern metal’s finest songwriters and showmen.

The surprise encore performance of throwback anthem “Beyond the Permafrost” ignited the crowd for one last thrash before the night was through, consummating Skeletonwitch’s ascent from humble Midwest origins to world-class status among the metal elite.

Photo Gallery – Skeletonwitch, Soft Kill, Wiegedood, and Portrayal of Guilt at Saint Vitus (click to enlarge and scroll through): 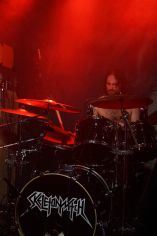 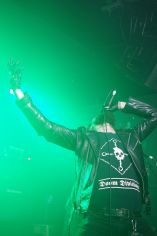 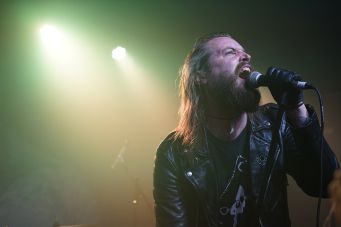 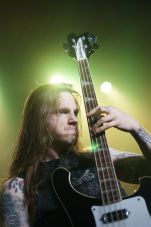 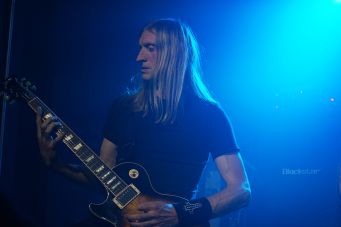 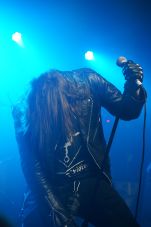 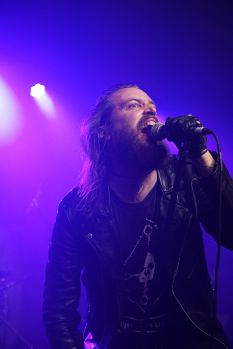 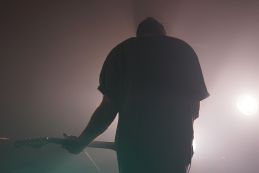 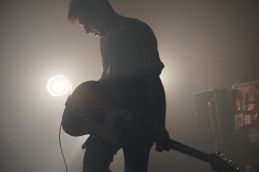 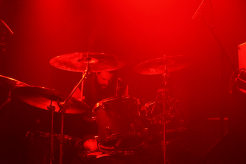 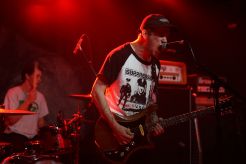 All Photos by Laura Miles Dresser

Skeletonwitch Setlist:
Fen of Shadows
I Am of Death (Hell Has Arrived)
Red Death, White Light
Carnarium Eternal
The Vault
The Luminous Sky
This Horrifying Force (The Desire to Kill)
Temple of the Sun
Devouring Radiant Light
Sacred Soil
Beyond the Permafrost