Slipknot launched their North American “Knotfest Roadshow” tour on Friday night at the Shoreline Amphitheatre in Mountain View, California, with Volbeat, Gojira, and Behemoth rounding out a truly impressive bill.

Closing out the night, Slipknot played a 17-song set on a three-level stage at the packed outdoor venue. With a new album, We Are Not Your Kind, set to arrive on August 9th, the band performed the LP’s lead single, “Unsainted”, as well as the stand-alone 2018 single, “All Out Life”. No other new tunes were debuted in a set that was heavy on tracks from their 1999 self-titled album — which is celebrating its 20th anniversary this year — including the encore of “Spit It Out” and “Surfacing”.

Volbeat, providing direct support to Slipknot, rocked “Last Day Under the Sun” and “Leviathan” from their upcoming album, Rewind, Replay, Rebound, during their 12-song set, as well as older hits like “The Devil’s Bleeding Crown”, “A Warrior’s Call” and “Still Counting”.

French metallers Gojira, who are hard at work on a new album, played a short but intense set that featured three songs from their most recent LP, Magma, while Poland’s Behemoth opened the festivities in broad daylight, with a seven-song set that included tracks from their 2018 acclaimed album, I Loved You at Your Darkest.

The “Knotfest Roadshow” continues through a September 8th show in The Woodlands, Texas. Pick up tickets here, and see our full gallery of photos, Slipknot’s setlist and video from the kickoff show, below.

Photo Gallery: Slipknot, Volbeat, Gojira, and Behemoth at Shoreline Amphitheatre in Mountain View, California (click to enlarge and scroll through): 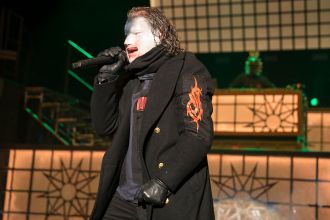 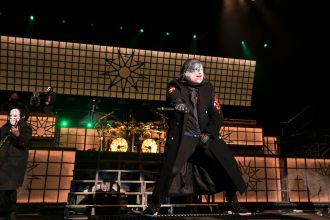 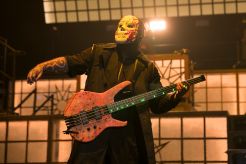 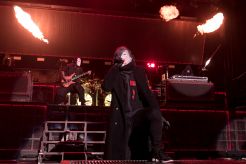 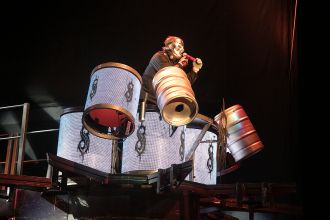 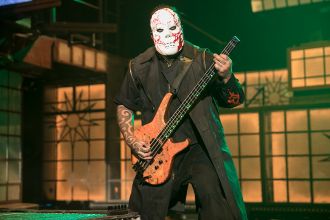 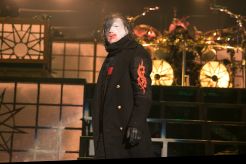 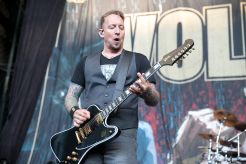 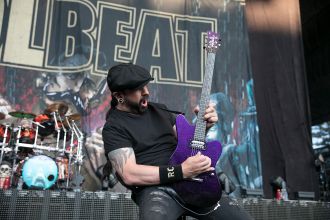 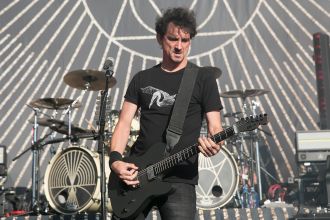 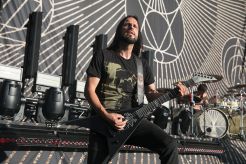 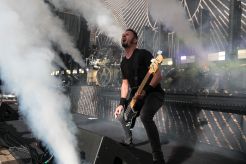 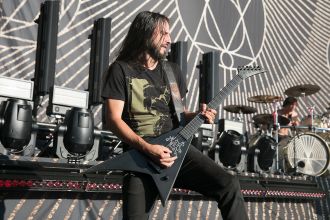 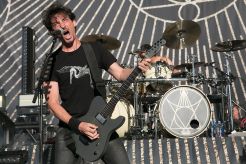 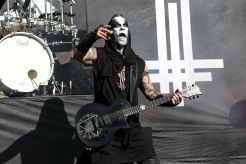 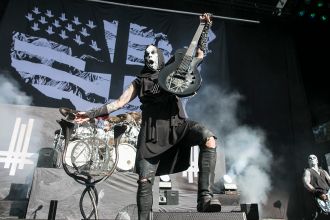 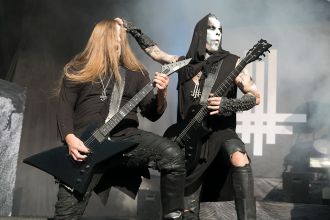 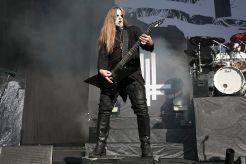 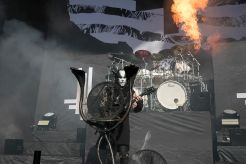 Slipknot setlist:
People = Shit
(sic)
Get This
Unsainted
Disasterpiece
Before I Forget
The Heretic Anthem
Psychosocial
The Devil in I
Prosthetics
Vermilion
Custer
Sulfur
All Out Life
Duality

Encore:
Spit It Out
Surfacing

In Photos: Clutch Celebrate the Holidays with Festive Show in New Jersey (12/30)