Setting the Stage: When thrash-metal legends Slayer announced in January 2018 that they would be embarking on a final tour, fans either hoped it wasn’t true or that the trek would last for years and years. And while the tour has gone on for nearly two years, the announcement of the final leg gave the band’s devoted followers a sense of reality that the end was indeed near. That last leg, or “The Final Campaign”, as the band puts it, is under way, meaning there’s not too many more chances left to see the metal pioneers in concert. And for fans in the New York City area, it meant seeing Slayer in the famed Madison Square Garden, adding even more of a mystique to the experience.

The crowd for the sold-out show at the “World’s Most Famous Arena” filed in early, knowing the bill was stacked. Philip Anselmo & The Illegals would be playing a set of Pantera classic beginning at 6:00 p.m., followed by industrial stalwarts Ministry, and experimental funk metallers Primus, leading up to Slayer’s headlining set. A few scattered yells of “Slayer” echoed through the halls of Madison Square Garden as metalheads made their way up the escalators to their respective seats.

Taking the Stage: At precisely 5:59 p.m., Philip Anselmo & The Illegals took the stage before a very decent sized audience, considering the start time. The singer thanked the crowd for coming early and dedicated the set to his late Pantera bandmates, brothers Vinnie Paul and Dimebag Darrell, both of whom he never had the chance to reconcile with before their untimely deaths. Anselmo and company then kicked things off with the Vulgar Display of Power classic “Mouth for War” as a large mosh pit broke out on the Garden floor. It was a brief eight-song set, but it was packed with one notable Pantera song after another, including “Becoming”, “Strength Beyond Strength”, “This Love”, and “F**king Hostile”. By the time Anselmo and The Illegals launched into the iconic set-closer “Walk”, Madison Square Garden was just about filled up, as one of metal’s greatest riffs was accompanied by a massive sing-along.

Ministry then took the stage about 10 minutes ahead of their scheduled set time, as Al Jourgensen and company launched into “The Missing” from 1988’s The Land of Rape and Honey. Like Anselmo before them, Ministry’s set was all killer, no filler — comprised of classics from the band’s back catalog. A few sound issues plagued Ministry during their cover of Black Sabbath’s “Supernaut”, but it was smooth sailing otherwise. The industrial pioneers delivered a blistering 40-minute performance that included “Stigmata”, “Just One Fix”, “N.W.O.”, and the set-closer “Jesus Built My Hotrod”.

On paper, Primus as direct support to Slayer following Anselmo and Ministry made for an eclectic bill. While there’s no denying Primus’ appeal to legions of fans, their set of funked-up jams almost served as a respite for the audience to catch its collective breath before the intensity of Slayer’s headlining show. That’s not to say the Garden crowd wasn’t feeling it, as the band received a warm reception. From the stage, frontman Les Claypool said that Primus rarely accept a supporting gig, but couldn’t turn down the opportunity to open for Slayer on the thrash legends’ final tour leg. Proving he’s one of rock’s finest bass players, Claypool led the band on a 12-song set that was highlighted by the closers “My Name Is Mud” and “Jerry Was a Race Car Driver”.

With the lights turned down and Slayer iconography projected along a scrim in front of the stage, it was time for the metal masters’ last show in New York City. As pyro exploded from the stage, the scrim dropped to the ground, and Slayer launched into the title track from their final album, Repentless.  It was no-nonsense from the get-go, with the band pounding out favorites like  “Mandatory Suicide”, “World Painted Blood”, and “War Ensemble” during the first half of the set. Tom Araya’s “God hates us all” scream during “Disciple” was absolutely chilling as it echoed through the cavernous Madison Square Garden.

Araya addressed the crowd a few times throughout the evening, almost struggling to convey the words of how much the show meant to him. His sentiments were brief, as the band let the music do the talking. Scanning the venue, it was clear that this truly was a sold-out show. The place was packed to the rafters with fans there to witness history, with just about all of them on their feet for the entire set.

The classic tunes (and the pyro) didn’t let up in the second half of the set, as songs like “Seasons in the Abyss”, “Chemical Warfare”, “South of Heaven”, and “Show No Mercy” were executed with precision and power. Kerry King and Gary Holt skillfully attacked their guitars in unison as drummer Paul Bostaph pounded the skins, all sounding like an approaching army ready to do battle. Araya’s voice was in fine form, and so was his bass playing, as he kept up with the breakneck speed of the band’s guitar heroes.

Then it was time for “Raining Blood”, as one of thrash-metal’s defining riffs elicited a massive roar from the arena. The iconic song was followed by “Dead Skin Mask” and an extended version of the set-closer “Angel of Death”, putting a cap on a spellbinding evening of metal. The band members lingered around the stage for several minutes afterward, taking a photo with the crowd behind them, and soaking in all the love from the adoring fans.

It was on the way out of Madison Square Garden that the finality of it all started to sink in. Down the escalators and outside the arena, fans continued to cheer as screams of “Slaaayyyeeerrrr” and “F**cking Slayer” echoed into the night. The atmosphere was almost akin to a crowd leaving the Garden after the New York Knicks won a huge playoff game (when and if that ever happens again!). Fans were hovering around, not wanting the evening to end. This was likely the last time that area metalheads got to see the thrash masters live, and they were able to witness one hell of a show.

Photo Gallery: Slayer, Primus, Ministry, and Philip Anselmo & The Illegals at Madison Square Garden (click to enlarge and scroll through): 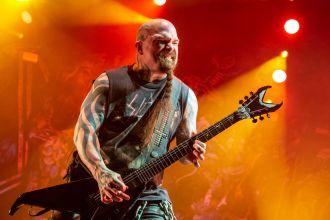 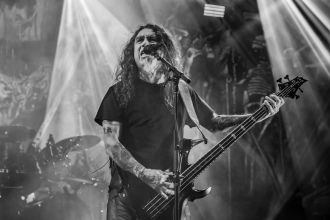 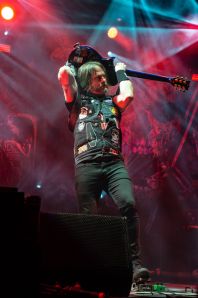 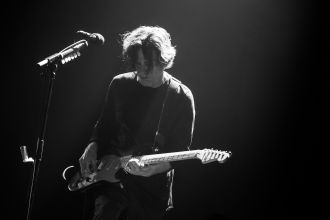 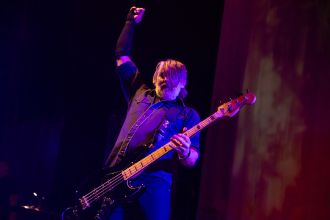 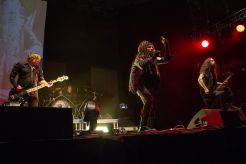 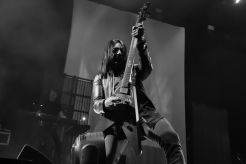 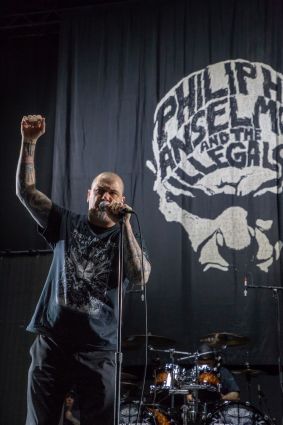 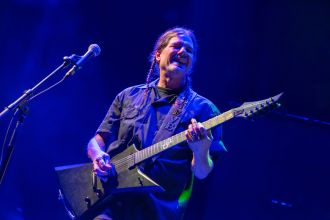 All photos by Johnny Perilla (@johnnyperilla)