Setting the Stage: The question looming over Opeth’s two-night stand at the Apollo Theater was whether or not the shows would even happen. Earlier in the week, singer Mikael Åkerfeldt was diagnosed with acute laryngitis. Opeth were forced to cancel three shows as Åkerfeldt recovered, raising concerns that the New York dates might get nixed.

Fortunately, Friday arrived without cancellations. Apparently Åkerfeldt’s voice had returned enough to perform at the legendary venue in Harlem. Both nights had sold out, and expectations were high. Friday’s show witnessed a congregation of Opeth’s most devout fans as the aisles of the tightly packed Apollo filled to capacity. Whether seeking studious prog of the band’s stellar 2019 album, In Cauda Venenum, or the cinematic death metal of their past work, the evening promised entertainment for even the pickiest Opeth fan.

Taking the Stage: Fellow Swedish quartet Graveyard opened the show with a scrappy set of bluesy hard rock. Their sound and demeanor channeled the classic rock ‘n’ roll bands that had taken the stage of the Apollo over the decades. Singer Joakim Nilsson was hunched over the mic, howling his words and stomping out the rhythm on the hallowed wood of the stage. In contrast to the precision and technicality of Opeth, Graveyard’s more visceral rawness made for a welcoming prelude. Even the prog-heads couldn’t complain; Graveyard’s burst of energy woke up the many who’d commuted hours to Harlem. The beer was flowing. A positive vibe, almost mystical, permeated the theater. One would be hard-pressed to find a more appropriate atmosphere for a rock concert.

After a substantial break between sets, Opeth took the stage. Åkerfeldt appeared to roars of collective relief. He donned a black wide-brimmed hat more befitting of roots rock than heavy metal — a comedic thread he would mine for jokes throughout his conversational banter. Each band member assumed their own spacious section on the stage. Keyboardist Joakim Svalberg, drummer Martin Axenrot, and bassist Martín Méndez were on separate risers, putting Åkerfeldt and lead guitarist Fredrik Åkesson up front, mere feet from those in the front row. A backdrop of video projections gave visual accompaniment to each song.

The set spanned most of Opeth’s massive discography, offering concertgoers a retrospective of the band’s stylistics shifts and genre-defying experimentations. The more straight-up prog material of In Cauda Venenum (“Svekets prins”, “Hjärtat vet vad handen gör”) was played with as much passion an intensity as long-revered songs like “Damnation” and “The Leper Infinity”.

In this way, Opeth are democratic when it comes to their own artistic output. They stand by what they release, giving it a proper live treatment no matter how old or different the song is from recent material. Åkerfeldt’s death growls are at a minimum these days, but he still reached for those gutterals when the song demanded. The weird time shifts in the hypnotic outro of “Reverie/Harlequin Forest” (executed perfectly) and the death-metal riffage of “The Leper Infinity” were also reminders that Opeth can still bring the heat when they so choose. At other times, they drift toward art soundscapes, connecting these disparate styles through Åkerfeldt’s pervading honesty and charisma as a singer.

“We have a plethora of songs from our vast catalog of records, stuff that’s prog, stuff that’s prog-death, and then like… old man’s rock — we love that stuff,” Åkerfeldt mused. He held a direct rapport with the audience all night, taking the Apollo’s front-and-center intimacy in stride. “I hear the Eagles just played [New York]. I watched this documentary on the Eagles on Netflix, then I said, ‘Where are my Eagles records?’ Excellent. Then I watched this Mötley Crüe movie, The Dirt? ‘My Mötley Crüe records?’ Shit!” he concluded. “This next song is called ‘One of These Nights’,” he joked as the band began playing “Moon Above, So Below”.

As for his voice, Åkerfeldt gave a strong performance. He was at 80-percent on Friday night: His highs weren’t as high, and his growls weren’t as growly. It didn’t affect the show, but he confessed his anxiety to the crowd. “If you don’t know, I was diagnosed with acute laryngitis…sucks,” he said. “So I am nervous about tonight’s show, not just because of the ‘acute laryngitis,’ but also because it’s New York City — and the Apollo. There’s a few venues around world where I’m like, ‘I’d like to play there.’ This is one of them.”

An encore of “Sorceress” and fan favorite “Deliverance” closed the evening, ending a most respectful affair between band and audience. The mutual reverence was palpable all night. For a band who’s cultivated followings in multiple cult genre circles, Opeth successfully assembled every contingency of their fanbase. And a diverse setlist promised something for everyone. The legendary confines of the Apollo were more than worthy of such a gathering.

Photo Gallery: Opeth and Graveyard at the Apollo Theater (click to enlarge and scroll through): 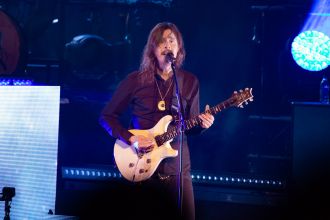 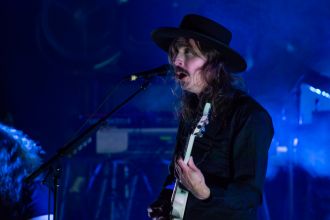 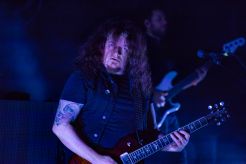 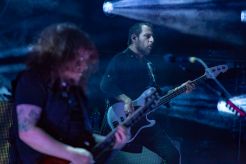 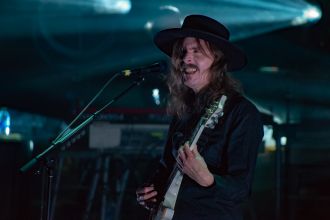 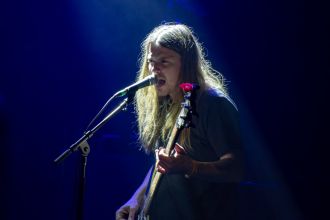 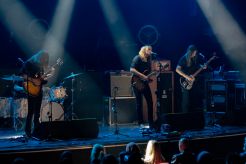 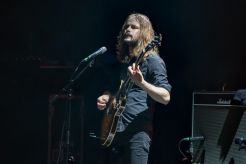 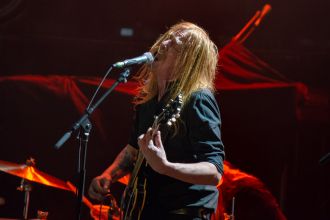 All photos by Johnny Perilla (@johnnyperilla)

Motörhead's Performance of "Rock It" Unveiled Ahead of New Live Album: Watch