It’s a perfect season for mystery and horror and spooky merch. Waxwork Records is delivering on all three with their forthcoming releases tied to Universal’s 1935 Gothic masterpiece The Bride of Frankenstein. In celebration of the film’s 85th anniversary, they’re bringing Franz Waxman’s score to vinyl and evolving their new series of figurines.

As they’re wont to do, Waxwork sourced the audio from both Waxman’s archives at Syracuse University and the original masters from Universal. They also went the extra mile — having worked closely with Universal — to secure likeness approvals from famed actress Elsa Lanchester’s Estate for both the artwork and the figurine.

Speaking of which, the vinyl release will be paired with the latest entry in Waxwork’s series of Spinatures. These figurines are highly detailed turntable-spinner mini-busts that are fitted with a hole in their base to easily attach to the spindle of your turntable and then spin along with your favorite records. They also make great deskmates.

The Bride of Frankenstein is the second Universal Monster in their Spinatures line. Frankenstein led the way, and fans of the iconic franchise can expect to see Dracula, The Mummy, The Phantom of the Opera, The Creature From The Black Lagoon, The Wolfman, and The Invisible Man join the gang throughout the 2020 holiday season.

Pre-orders begin today via Waxwork’s official site. Consult the artwork for both releases below and revisit our interview with Waxwork founder Kevin Bergeron shortly after. Back in December 2019, he joined our Halloweenies podcast to discuss his whole operation, his favorite horror movies, what scares him, and much much more. 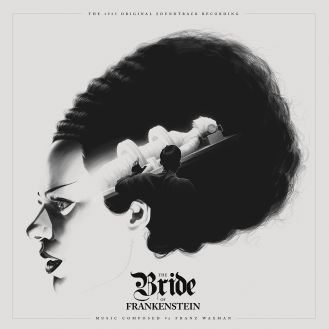 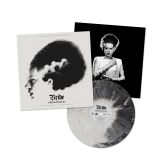 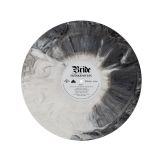 The Bridge of Frankenstein — Spinature Collectibles: