This feature originally ran in January 2014 and is being recirculated in honor of Eddie Van Halen’s birthday.

Van Halen overwhelmed America. With their big hair, long legs, and jaw-dropping solos that went on for days and days, the Pasadena rockers were loud, lewd, and loved. They sang about beautiful girls, devilish bad boys, and dreamy schoolteachers. Their videos were just as majestic as their sound, turning everyone into howling hound dogs with nights to lose.

They conquered the world, too. With 1984, the hard rockers went toe to toe with global sensation Michael Jackson, whose Thriller also happened to feature guitarist Eddie Van Halen. The blockbuster album reached No. 2 on the Billboard Top 200 Album Charts, and stayed there for five weeks, eventually selling 12 million copies stateside. At their best, they were unstoppable.

Sadly, every song reaches its end, and so do we. Today, said world was rocked in all the wrong ways as Eddie Van Halen passed away, succumbing to his long battle with cancer. In his honor, we decided to do what any self-respecting fan would do: revisit the best times. So, think about that as you read ahead and listen: “Panama”, “Eruption”, “Dreams”, they’re all there.

And please, let’s set aside the Hagar/Roth debate for now. 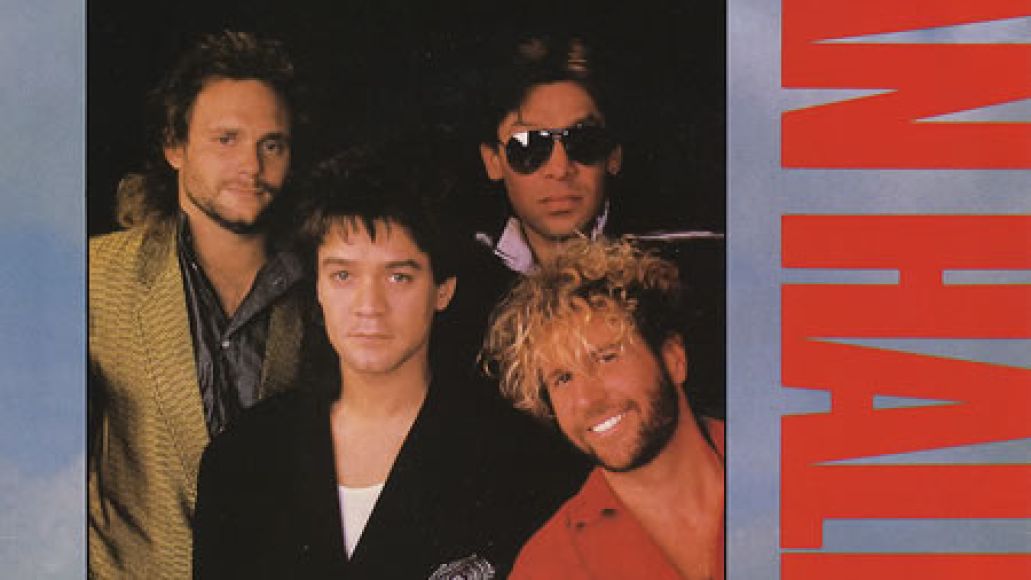 The synthetic sounds of the ’80s had started to creep into Van Halen’s DNA before David Lee Roth’s departure. But 5150, the band’s first release with Sammy Hagar at the helm, was more or less a full on shift in direction for the band toward an overt pop sound. Yet to their credit, it all still sounded like Van Halen. “Dreams” is one such song that really nailed that balance. With Hagar’s soaring vocals, Alex Van Halen’s reliably steady drumming and a synth sound that largely stands in for Eddie’s virtuosic guitar licks, it’s a song with one foot in the past and another firmly planted out the door. –Ryan Bray 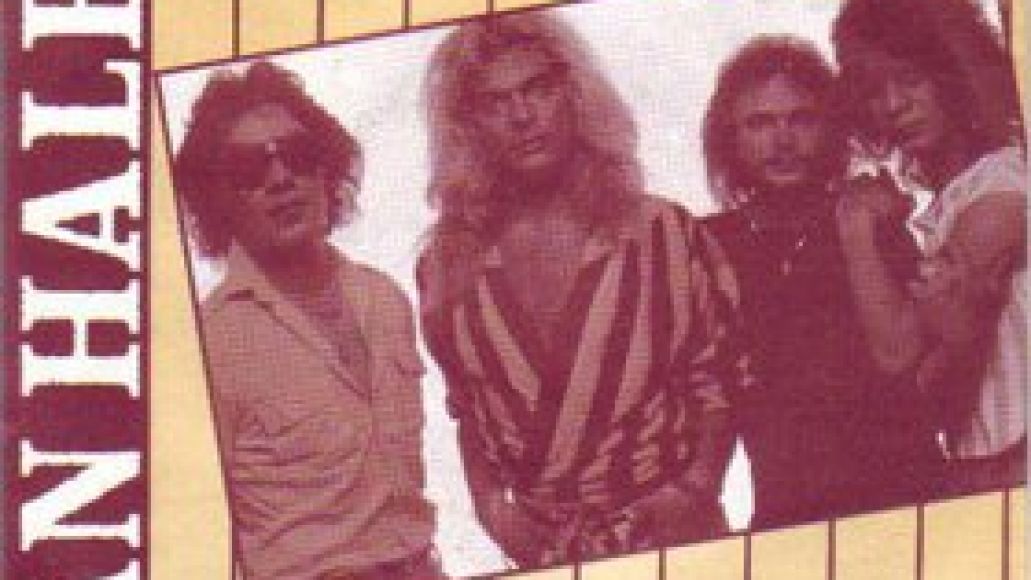 Eddie’s in-your-face guitar intro that winds up sneaking and slithering its way throughout “Unchained” is one of the guitar virtuoso’s finest. The still-underrated rhythm section of older brother Alex and Michael Anthony maintains its steady beat for both Eddie and Diamond Dave to do the voodoo they do. Gang vocals on the chorus were never bettered by any era of Van Halen, and Roth’s response to “Come on, Dave, give us a break” must be heard to be believed. But you’ve heard it already, haven’t you? –Justin Gerber 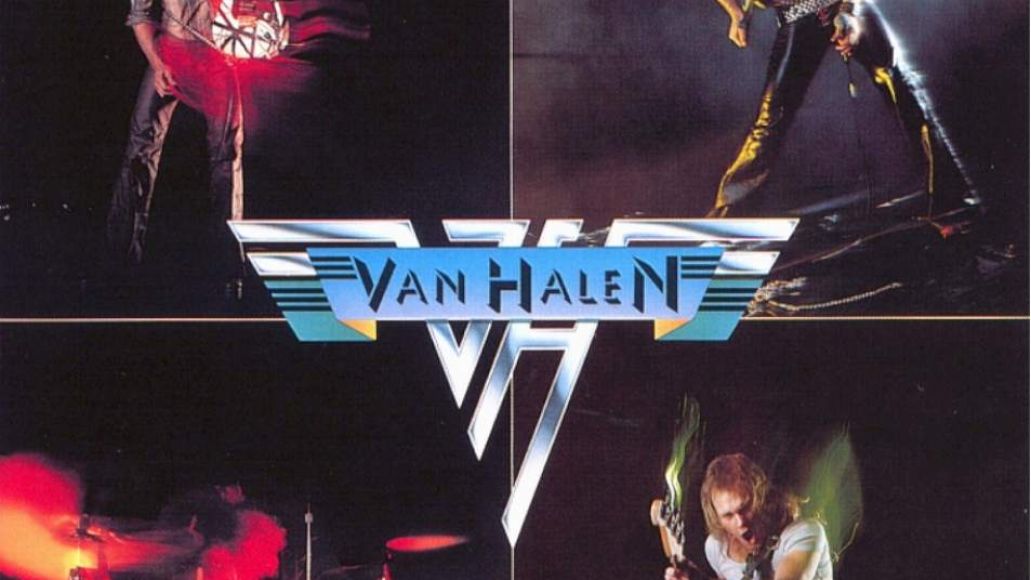 Van Halen’s biggest contribution to pop music was the way it repackaged metal into something hookier and more digestible for mainstream audiences. Van Halen is stocked front to back with sugary pop metal ragers, but “On Fire” is one track that hits a little bit harder than its contemporaries. The band is a tad more deliberate in using its assorted Judas Priest and Iron Maiden-like influences, while Roth’s irrepressible swag has something of a sharper edge to it. As great as unapologetic crowd pleasers like “Hot For Teacher” and “Jump” are, it’s also fun to watch the band occasionally lean more on the metal side of the pop metal spectrum. –Ryan Bray 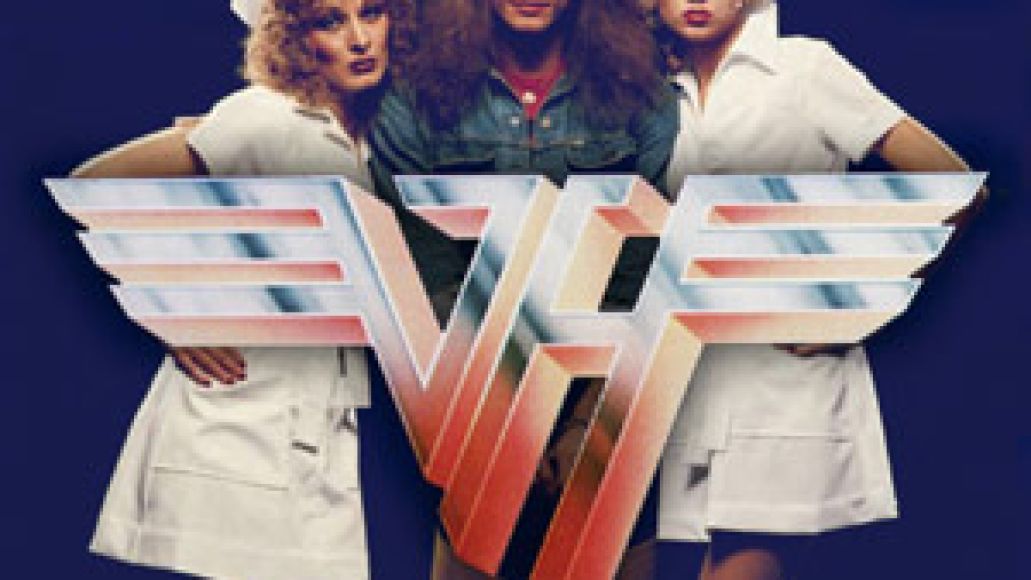 “Schmitt’s Gay” anyone? Although famously used in an SNL-spoof on beer commercials years after its 1979 release, “Beautiful Girls” should still be remembered as the outstanding closing track on Van Halen’s second eponymous album. With some of the best call-and-response Roth/Anthony combinations (“Special plans!”, “Top of the world!”), and vintage Roth at the Improv (“What’s your name, honey- hey! Where are you going?!”), “Beautiful Girls” marked the end of the decade for Van Halen. However, ‘80s dominance was just around the corner. As Adam Sandler and Chris Farley said in the aforementioned spoof: “Thank you!” –Justin Gerber 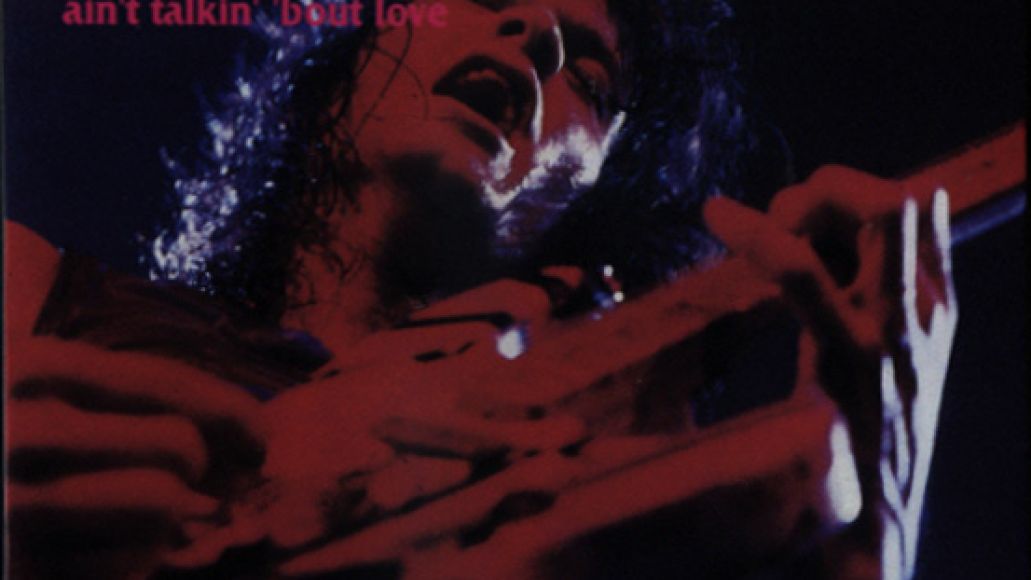 The guitar is the engine that drives Van Halen’s best songs, and by that measure, “Ain’t Talkin’ Bout Love” is one of the band’s very best. Eddie slings an epic opening riff that’s not only instantly recognizable, but also impossible to shake from your memory once it gets its hooks in you. Beyond that, the song is pretty much the total package, complete with a steady drum beat and Roth’s sleazy, bad boy lyrics. –Ryan Bray 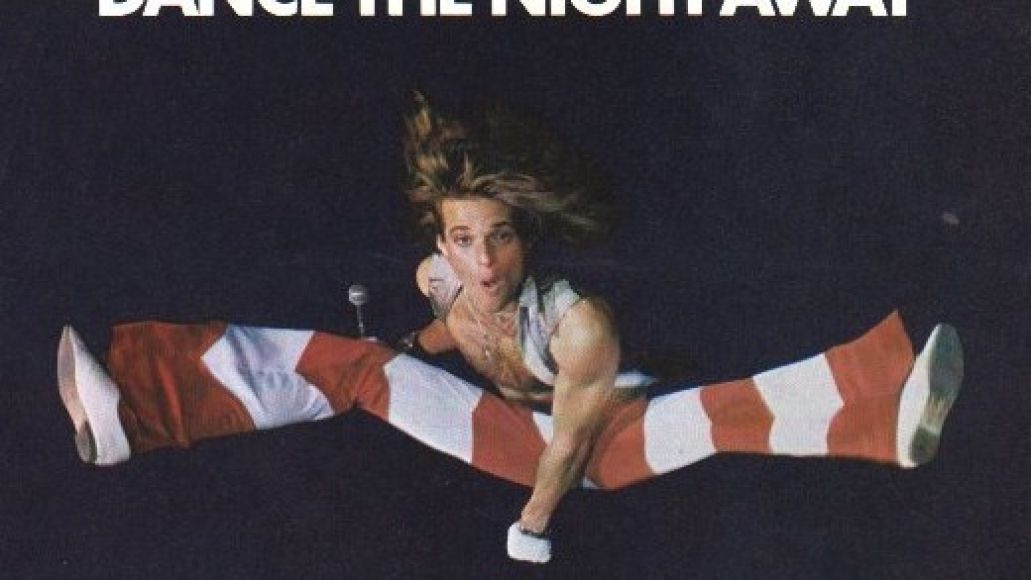 Some songs are designed to just make you feel good. Cheap Trick made an entire career of this. “Dance The Night Away” remains one of the top songs of that peachy camp. The way Eddie injects so much melody into his guitar — from the main chord progression to the chorus’ playful riffing — really speaks to how emotional instruments can be. Toss in some cowbell, Roth’s spacey croon, and Michael’s jukebox harmonies… and you’ve got a timeless hit. Not surprising how it’s their most accessible song to date. –Michael Roffman 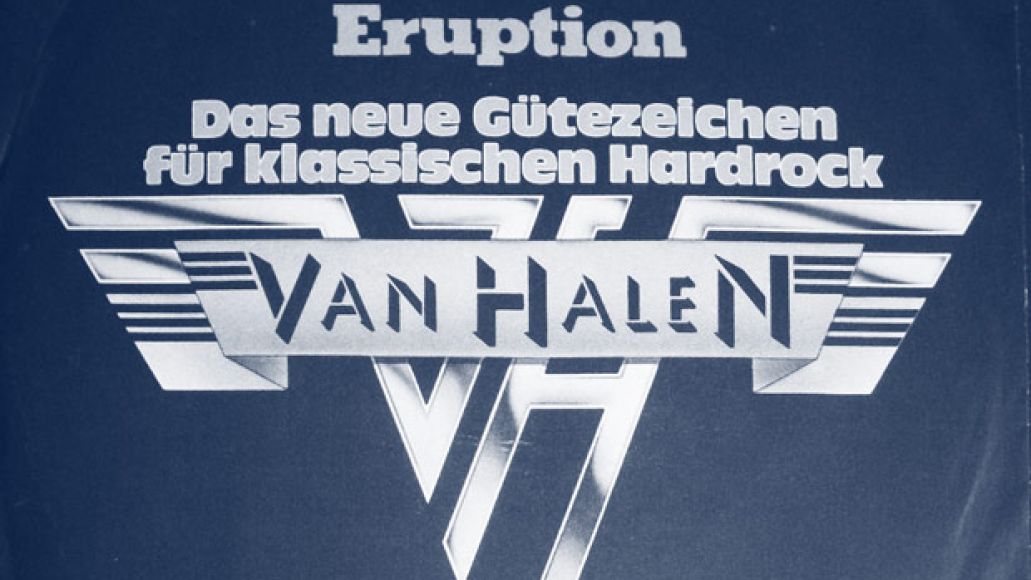 Admittedly, “Eruption” is less a song and more a fit of Eddie’s guitar foolery. But the second track on Van Halen’s self-titled debut gave fans an early taste of the savage riffs that would soon make them pop metal icons. At just 1:44, it’s pretty much a bridge between tracks, but that doesn’t make it any less fun than anything else the record has to offer. After all, who tickles guitar frets better than Eddie? –Ryan Bray 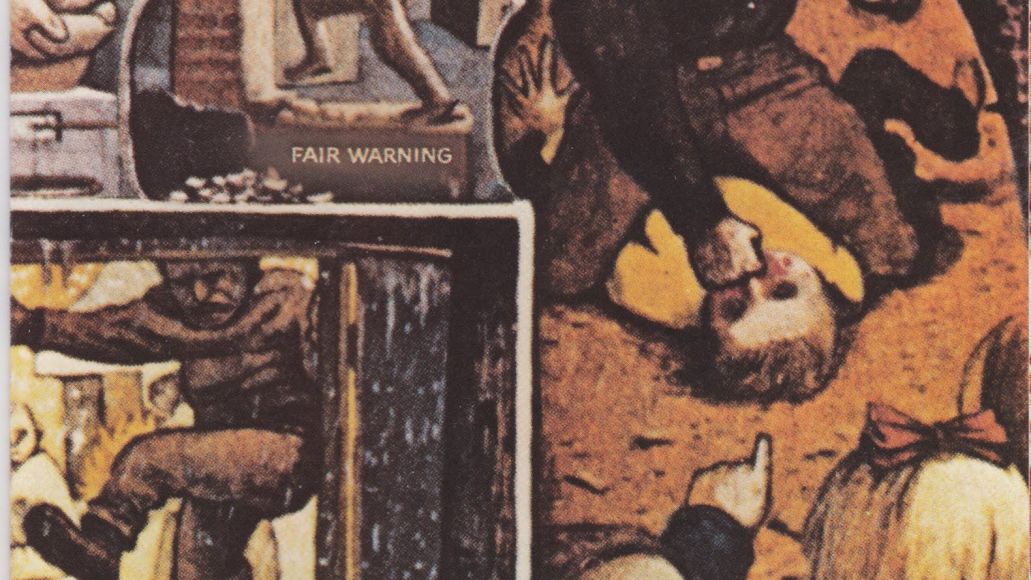 Everyone finger tapped in the 80s. Nobody finger tapped as good as Edward Van Halen. Take the best of the Van Halen deep cuts if you still need convincing. It’s not as showy as showstopper “Eruption”, but the opening riff on not just the song but Van Halen’s fourth LP, Fair Warning, strips the band down to its once and future leader. The first 15 seconds are just Eddie, before the rest of the band hops forward in perfect step. Not their most popular single, but unquestionably one of their best. –Justin Gerber 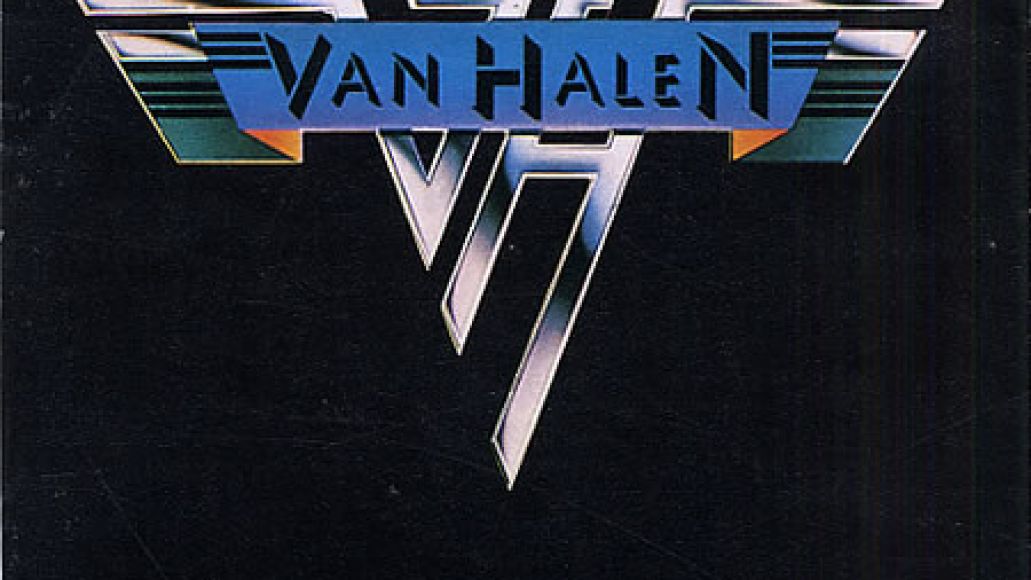 Suckers for chronology will probably hear this first in the Van Halen catalogue. The melting horns signal the beginning of the Roth-era as it screeches open their self-titled debut and everyone works together as if they’re in a make-it-or-break-it band audition. Roth squeals around, Eddie spiritually reigns over his fret, and Anthony harmonizes while marrying his bassline to Alex’s heartbeat percussion — it’s an easy sell, really. Also fitting is the song’s first line: “I live my life like there’s no tomorrow.” That not only became the band’s motto, but, in hindsight, the perfect banner statement for the next 10 years of rock ‘n’ roll. –Michael Roffman 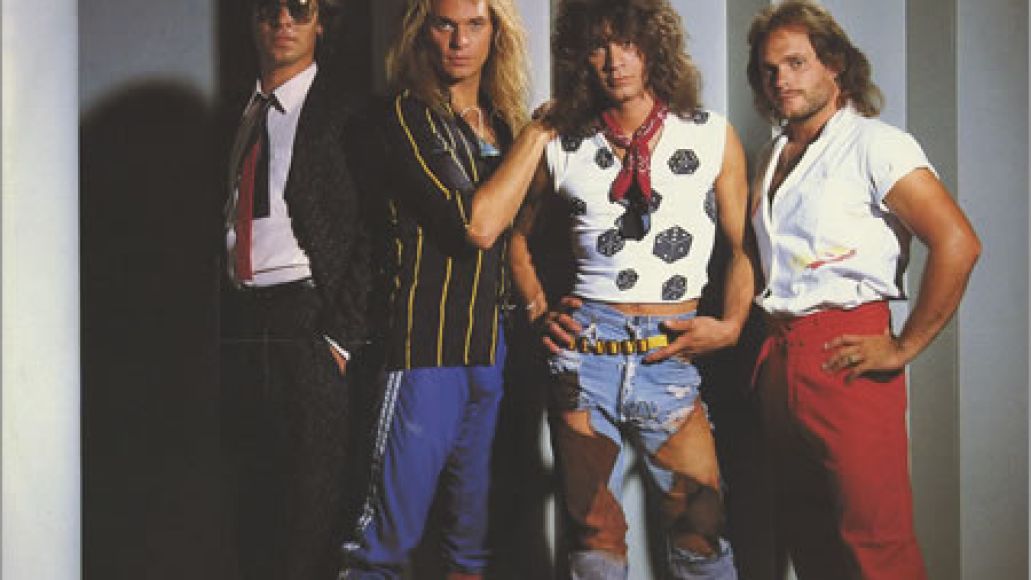 You can find dozens of great moments in “Panama”. Start at the beginning, when the brothers Van Halen combine their efforts with Eddie’s guitar jabs and Alex’s kick drums. Roth’s “Oh, yea-ah!” But I always go back that moment after Eddie’s solo when the music slows to a crawl. Roth reviles and recalls reaching down…between his legs…to ease the seat back. As a young boy, I didn’t know what was going on, but I did understand and immediately respond to the sleazy, drill-guitar magic Eddie had conjured up on my Fisher Price record player. Decades later, whenever I hear those initial staccato jabs, I never change the station or click to the next track on my iPod. “Panama” was the final howl of Van Halen’s glory days. –Justin Gerber

Ranking: Every Song by The Smiths from Worst to Best