Component is a section of  Aux.Out. for one-off pieces, special editorials, and lost orphans of the music discussion. Today, Hilary Saunders highlights the partnership between the band fun. and The Ally Coalition in the name of LGBTQ rights.

Two weeks before her trip, Kyra Ricci admits she’s feeling slightly anxious. She’ll be packed on a tour bus with 11 others, sleeping with three people in stacked bunks, showering in random places, eating whatever, whenever, and wherever possible while travelling between Louisiana, Texas, and Georgia.

“I feel like a teenager again,” the 26-year-old talent acquisition manager explains, her voice bright and quick. “I live by myself in downtown Boston and haven’t even had a roommate in a while, so I’m a little nervous about being in such close quarters with so many people. But on the flip side, I’m really excited to meet everybody on the bus and live the rock star fantasy!”

Ricci will be one of a dozen people on that bus caravanning with the band fun. on tour and in support of human rights equality. 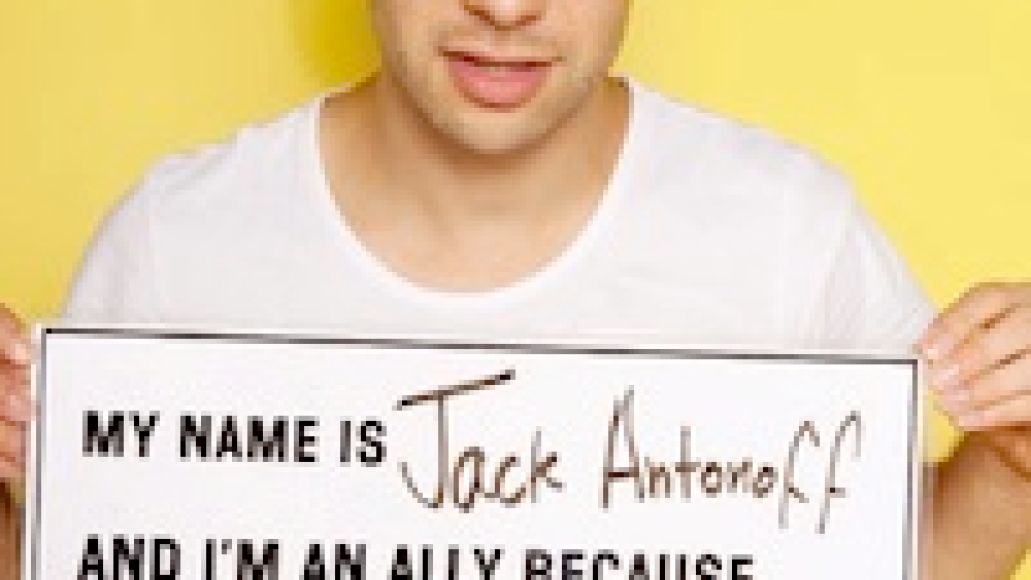 Formed in 2008, fun. released its debut album Aim and Ignite in 2009 and the massively successful Some Nights last year. Comprised of singer Nate Ruess from The Format, keyboardist Andrew Dost from Anathallo, and guitarist Jack Antonoff of Steel Train, the pop rock trio is certainly recognized for its incredibly catchy tunes, led by the omnipresent Grammy-winning hit “We Are Young”. But lately, the group has been garnering attention and respect for its social rights activism, as well.

For the past two years, fun. has targeted its support toward a number of LGBTQ non-profit organizations including the Human Rights Campaign, The Trevor Project, and Freedom To Marry. In late 2011, they teamed with Revel & Riot to produce a t-shirt that reads, “It’s all fun.and gay until someone loses their rights” and raised more than $20,000 for promoting equality. And last year, they used “We Are Young” to help promote The Four 2012 movement, which raised awareness and funds for the four states (Maryland, Minnesota, Maine, and Washington) with equality bills on their ballots.

And it’s a personal cause for band members, too. “LGBTQ rights have always been something that has been very obvious to me. I’m very lucky to have been raised by smart, open-minded parents who made it clear to me at a young age that being LGBTQ was completely normal,” writes Antonoff between fun.’s Florida tour dates. “Beyond that, growing up in the ‘90s and going to public school was an interesting experience. Those were the days of everything uncool being called ‘gay.’ Freshman year, I was made fun of for being ‘gay’ because I had blue hair. I had to go through a period where I was put down under the assumption I might be gay. That alone was the tiniest glimpse of how hard it must be to grow up in a world where being LGBTQ is not fully accepted.”

Jeb Gutelius wasn’t necessarily surprised then, when fun. came to him about a year and a half ago looking to engage their fans in more meaningful ways. “They came at it from the idea of equality,” he says. “It’s an issue that’s been so important to them for such a long time and in a sense, they had a platform at last to speak out about it. So I look at my work like how do I help them develop that platform so that they can speak out and they can legitimately make noise about discrimination, about ending discrimination and sharing equality for everybody.” 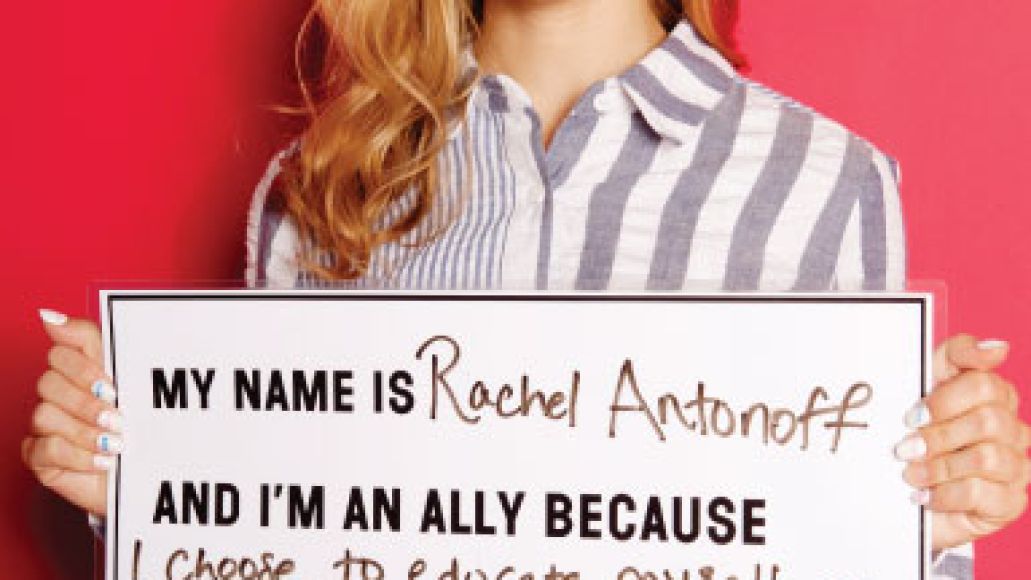 As the executive director of The Ally Coalition, a non-profit founded by fun. and fashion designer Rachel Antonoff (who is Jack’s sister), Gutelius works with them to turn what he calls their “very public display of support” into tangible actions that make a difference in the fight for equal rights. He describes each of their styles of creative activism with an intensity that the cause intrinsically demands. “Andrew loves talking about the possibilities,” he begins. “And Nate, who grew up with a very activist set of parents, likes to talk about how we’re going to help out a local partner. And then there’s Jack, who I’m in the most constant contact with and…his sister Rachel, and the two of them passionately want more people talking about equality. They just come up with idea after idea after idea!”

With a seemingly simple and circular business model, The Ally Coalition and the band really are inextricably linked. The organization relies on donations and membership fees (that start as low as $5) to create programs aimed at educating arts communities and the general public on LGBTQ issues and fun. takes a dollar from every concert ticket and donates it back to The Ally Coalition.

But the newest way The Ally Coalition is engaging young adults is through the inaugural Alternative Break in which Ricci is participating, which is organized and led by members of Calling All Crows and PFLAG. The idea was founded on the belief that uniting people passionate about both music and social justice can build relationships and strengthen a movement. Earlier this month, fun. and The Ally Coalition posted the following message on their respective social media platforms:

fun. and The Ally Coalition are looking for ten service-minded fans (21+) who want to tour and volunteer with them on their Music and Equality Alternative Break Tour.  ABTers will travel with the band through Louisiana, Texas and Georgia from Oct. 5th to 9th, volunteering with PFLAG National and other partners during the day, helping with outreach in the Equality Village before the shows, and catching the band on stage each night. Apply above by Friday!

The intriguing, if slightly vague call for volunteers elicited more than 100 applications in just the two weeks that it was live online. Applicants had to submit multiple essays and were ultimately chosen based on their willingness to live the tour bus lifestyle and dedication to the cause. Once accepted, the 10 fan-volunteers had to raise $800 in donations to help offset the cost of the tour. And while each participant had an online donation page that helped streamline the process, everyone found different methods to crowdsource. Ricci, for example, says through giggles, “I literally went to a guy I used to date and asked him for money!” 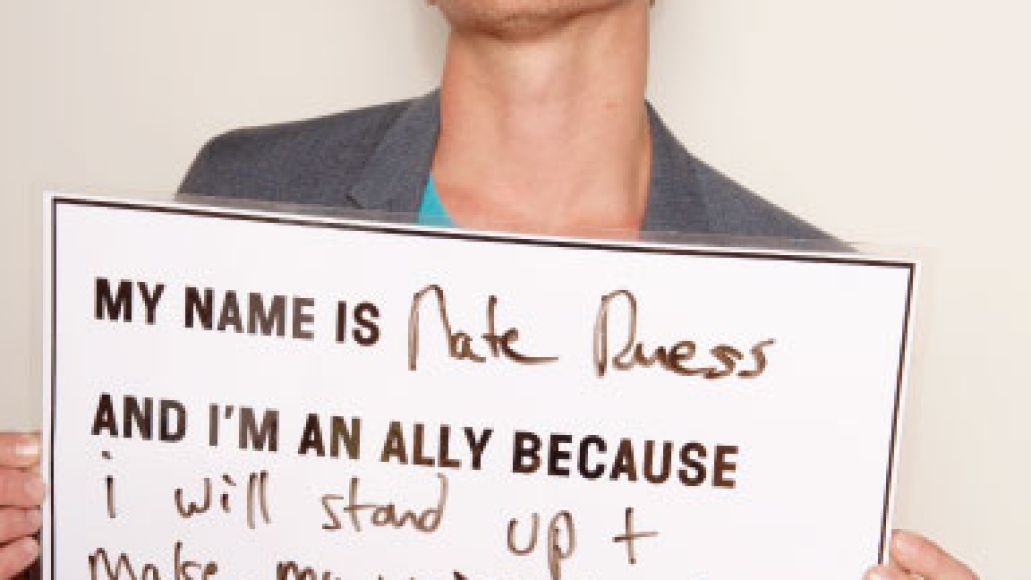 Social media played a major role for other participants. Twenty-four-year-old Brandon Moses, a social networking guru for Ground Work General Construction in Charleston, South Carolina, raised more than $200 through Twitter. Likewise, Inbar Bertisch, a 21-year-old biology student at Baruch College in New York City, took to Tumblr to spread the word. She gushed about the gratuitous outpouring of support from the Internet—from simple reposts to actual donations—stating incredulously, “I got an anonymous $100 and I’m still trying to figure out who that’s from. I’m just so grateful and I have to thank this person, but I don’t know who it is!”

During the day, these volunteers will be working at and with local institutions in New Orleans, Houston, and Atlanta and by night, they’ll help set up the Equality Village at each show while catching parts of fun.’s sets. The Equality Village—comprised of The Ally Coalition members and representatives from local partner organizations—offers fans in each city the opportunity to learn about issues relating to LGBTQ youth and actively participate in the effort to end discrimination. One way they accomplish this is by taking photos of fans holding a sign about why they support equality and then tweeting that photo at elected officials.

On this tour in particular, the designer Antonoff explains via email, “We are focusing a lot of our attention and funds on shelters for LGBTQ youth who have nowhere to go simply because their families won’t accept them as they are. Working with these places, being able to assign actual dollar amounts to things like extra beds, more food, how much it costs to shelter and feed one kid.”

Each of the volunteers seems to have a direct link to the cause. They care deeply about supporting LGBTQ rights because the inequalities have affected them personally. “My family doesn’t really support the LGBTQ community and that held me back form supporting it. I had to do it in secret before,” Bertisch says quietly.

“I was scared for so long to make my voice heard,” she continues, “and I had to keep quiet whenever they would say things and carelessly insult. I think I’m old enough and at this point in my life where I can make this decision on my own and say that if they don’t like it, then they don’t like it. This is what I believe in and I really hope that someone else can see that it can be done—it should be done—for the next generation and it should be reasonable to believe in equality.”

In order to make this Alternative Break happen, participants must make some sacrifices of their own. They’re restructuring their daily lives, rescheduling tests, working remotely, and taking PTO days in order to adjust to the commitments of a touring band. But the benefits and adventures waiting for them, not to mention the possibility of meeting the famous band members, is enticement enough.

“Oh my god, I’ve been kept awake at night thinking about these things,” exclaims Bertisch, who has already seen fun. perform multiple times on this tour. 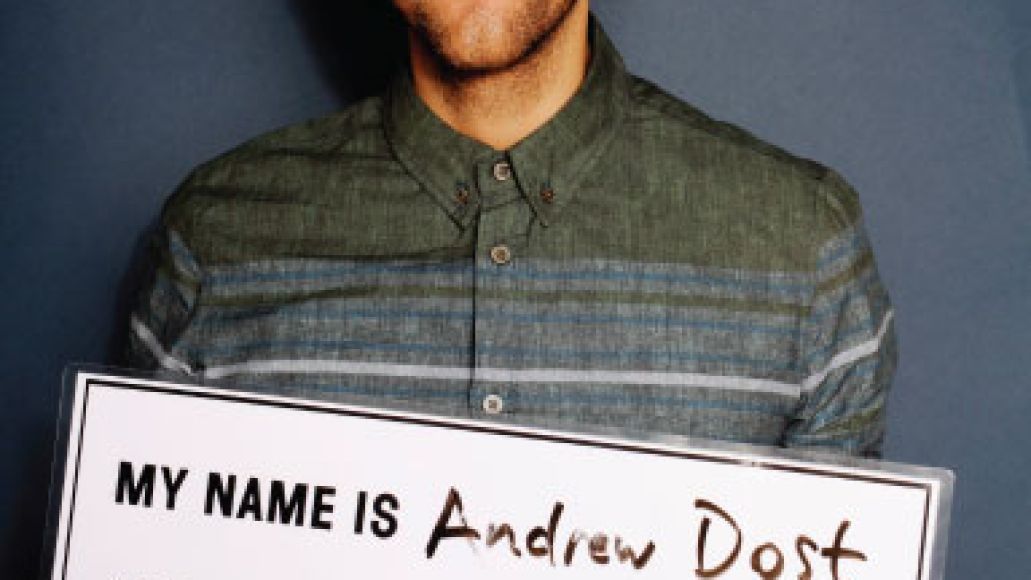 The Break is just one way that the band is using its music to support the movement. As Moses exudes, “Mixing fun—and not fun. the band, but as in happiness, excitement, and joy—with something productive like volunteer work is a genius concept.”

And if each of these 10 volunteers leaves the Alternative Break and continues to spread the word, band members and The Ally Coalition organizers believe that the conversation about LGBTQ equality will shift and subsequently, the laws will change, too.

“I think history has proven that music may have the ultimate power to influence change of all kinds. Music is so directly linked to culture—it’s literally the sound of it. I believe music speaks more specifically to what the times feel like than anything else,” declares Antonoff. “With that in mind, the music has the power to push people in different directions. When the music suggests that it’s ‘cool’ to care, people respond. And when the music is apathetic, audiences adopt that as well.

“People will always be deeply influenced by what’s in the lyrics and what the artists are saying. We might as well use that influence for something a little weightier than ‘get your ass on the dance floor.’ You know?”

Carry On: LGBTQ supporters find an ally in fun.