Component is a section of  Aux.Out. for one-off pieces, special editorials, and lost orphans of the music discussion. Today, Aurora Mitchell reflects on a year surrounded by death and tries to reconcile what it means in relation to life.

Death is very prevalent in 2014. It goes without saying that death is widespread in any year, but this year, its effects seem to be felt with a universal gut-punching force. Tragedies on a global scale have outraged, destroyed, and taken away more lives than is sane to think about at length. Recently, relentless shelling in Gaza has seen the death toll surpass 2,000 with 10,000 more left injured. Unarmed Ferguson, MO resident Michael Brown, suspected as part of a crime, was shot dead by a police officer who was only punished with paid leave, while another officer was fired on the spot for shooting a dog. We even saw the instant metaphorical death of the terrible term “Nice Guy” when the now-deceased Elliot Rodger claimed seven real, innocent lives in the Isla Vista shootings — all because interactions with the opposite sex had never gone his way, and he was blinded by the persistent thought that it was someone else’s fault.

You have just as much chance losing your life as an untargeted, innocent human being as you do being a targeted, known threat, and knowing that is an incredibly terrifying thought. At this point, we are so scared of death that every single movement we make is documented digitally — in fear that maybe we don’t “exist” because the gap between death and “forever” is the widest it’s ever been, aided by social networks showing your friends and your friends’ friends every like, follow, and comment. This mentality of instant moments in the face of fear has heavily infiltrated into music. Not only are we the most impatient generation on a creative level, processing and consuming media before scrunching it up and throwing it at the recycle bin nestled in the corner of our brains at an alarming rate. We’re also the most scared. 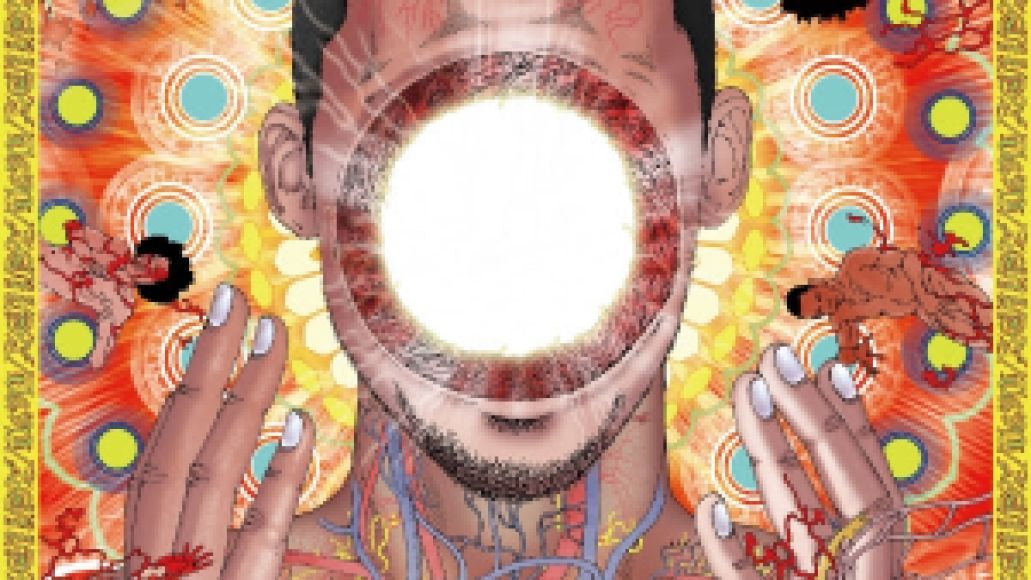 In July, The Washington Post published a piece titled “The Songwriters at the End of the World”. While it seemed slightly reductive focusing on all-male subjects, it had a point — we’re at a heightened point of oversaturation, and it’s only a matter of time before we have to build anew. This summer, coverage on music websites has swerved to a darker point than before as death announcements and injury details were published as often as album release dates. EDM festivals and events have been publicised as death traps after more than 10 young people have taken a wrong turn and fallen into death’s embrace at them so far this year. Flying Lotus is even releasing an album titled You’re Dead!.

Closer to my heart, the untimely death of one of my favorite producers, DJ Rashad, earlier this year coincided with another slew of publicized deaths. Combined with deaths surrounding my personal life, this resulted in developing an anxiety disorder that plagued my every waking moment — worsened by the constant impulse to check the news. Along with losing the last Ramone (Tommy), Bobby Womack, and house pioneer Frankie Knuckles in the same half-year, the music world has been that bit more somber. Coming to terms with death never has and never will be a process lightly taken. However, as we slowly learn to accept death in its physical form over time, should we be more willing to allow music to come to its natural end?

It’s been proven that creative fields have an unusually high link with anxiety and depression, and through that countless musicians have approached the subject of death succinctly, from the universally relatable opening line “I don’t ever want to die” of Bill Callahan’s “Ride My Arrow” to one of Drake’s more profound moments, “Everybody dies but not everybody lives.” When Lana Del Rey made the frank confession in an interview with The Guardian that she wished she was dead already, everyone was shocked, despite her debut album being titled Born to Die. The death of a musician is honored with tributes, RIP messages, and even candlelit vigils, but when it’s only their music that fades to black, it’s a different story. As a band ends on their own terms, we rarely accept their exit as final — going through the five stages of grief but lingering particularly on denial. We expect side projects, clothing brands, reunions, unreleased songs, and more times than not, we get those because turning the creative tap off once it’s in full flow is a lot harder than trying to work a rusty, limescale-ridden one. Band reunions and comebacks in particular have been on an unsteady climb in recent years, with last year giving us what seemed like the impossible from the likes of David Bowie, My Bloody Valentine, and Boards of Canada. But this year, we’ve hit peak reunion. It all became too clear when watching Jeff “No Photography” Mangum speed through his own songs with a dead-eyed enthusiasm at one of Neutral Milk Hotel’s reunion shows. With each reunion, we’re allowing ourselves to hold on to the legacy of something that we should just accept is over, rather than making room for new bands to flourish. It’s not just a problem with reunion acts, though — at Coachella this year, the youngest headliner was Arcade Fire, a fully fledged teenager at 13 years old. In fact, Arcade Fire were the youngest headliner on several festival bills. The question always asked is, “Are we even creating headline acts anymore?” The answer is ultimately yes, but wide-eyed nostalgia is causing the recycling of those same recognizable names. What it all comes back to is commonly shared fears. Fear of losing something once cherished, not being successful, the future, death, and a more recently instilled fear when it comes to live performances, risk.

When seeing Television languidly trundle through “Marquee Moon” or Smashing Pumpkins play “Today” to a crowd who can just barely muster excitement at seeing a band with only one original member to their name, you’re left with a feeling of disappointment. For some, these performances can even ruin once-perfect memories of records they’ve held tight in the years the bands have been MIA. While it’s saddening at first, if an artist feels their creative existence in a certain spot may be compromised by continuing, there shouldn’t be any pressure for them to continue against what’s best for them. LCD Soundsystem were one of the first to end this way, cleaning off all the rough edges that would be left and giving themselves a proper ending party, now known as Shut Up and Play the Hits, to say goodbye. Doing it in this way, there’s more understanding and acceptance between the band and its audience that this is something final, the end of an era. Since that Madison Square Garden show, the impact of the metaphorical death of a band has shifted.

This year, Death Grips and The Knife are among those who have decided to call it quits. Darkside are on indefinite hiatus. While there has certainly been more of an acceptance towards their announcements, it’s partly because there is no expected fixed ending point for artists now. As soon as Death Grips broke up, amidst sad tweets were already those awaiting a reunion sooner than later; the same goes for The Knife. It’s become so commonplace for artists to continually resurrect themselves that we take their end for granted — they’re only on a hiatus until the next comeback album or reunion tour. But through the various deaths and resurrections we’ve all witnessed in music so far this year, it’s become evident that accepting that ending point and moving on is a hard but needed choice.

Aurora Mitchell is a writer based in London. Her work has appeared on Noisey, DIY, The Line of Best Fit, and others. She tweets.

Coming to Grips with Death via Music