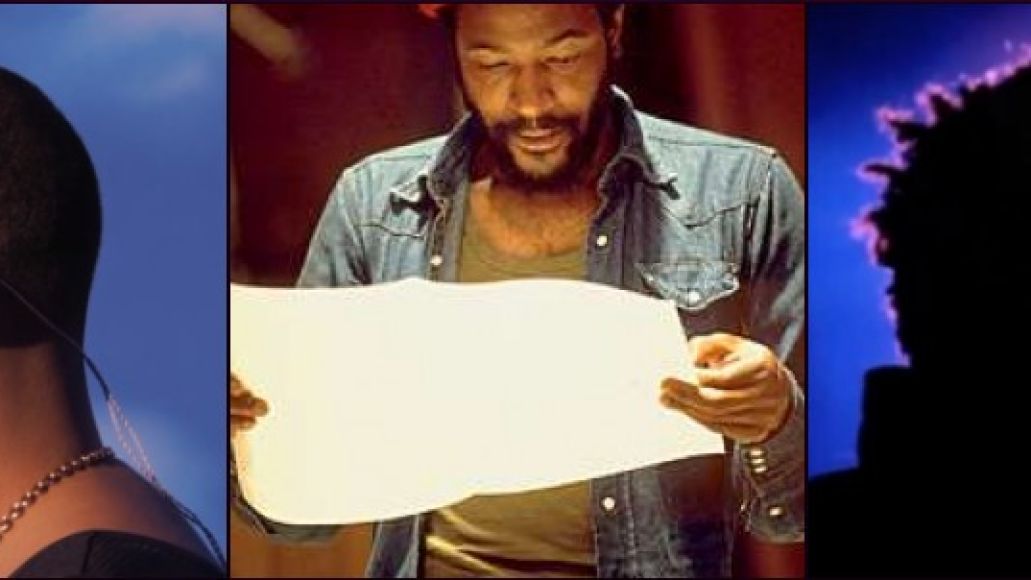 Component is a section of  Aux.Out. for one-off pieces, special editorials, and lost orphans of the music discussion. Today, Gary Suarez talks about Drake, The Weeknd, and their friendly rivalry rivalry between them as they battle for Marvin Gaye’s mantle.


Seated at a restaurant table across from Nadeska Alexis, a red flower and glass of wine between them, Drake bashfully admits, “I have aspirations to be Marvin Gaye, you know, in the back of my head.” He turns away from the camera and the MTV interviewer, letting off a brief, blushing, telling laugh. It’s that sort of modest moment, meant to signify humility and humanity, that separates sincere and sensitive souls from the uncouth braggarts and their insufferable arrogance. Yet in this seemingly staged setting, what comes across instead is disbelief, an acknowledgement of some bittersweet truth conveyed by a reactive tic.

Of course, that niggling kernel certainly hasn’t kept Aubrey Graham from trying, having repeatedly demonstrated his affinity for the seminal R&B icon. Perhaps the most obvious example of this came via his naming Take Care single “Marvin’s Room” after Gaye’s former studio in Los Angeles. Incidentally, or perhaps inevitably, Drake recently relocated to the city.

“Hold On, We’re Going Home”, that pleasant and pervasive pop ditty off Nothing Was the Same, has drawn logical comparison to Gaye’s bubbling post-disco smash “Sexual Healing”. Endemic of the unexpected Gaye renaissance of the past 12 months, it’s a template also employed by up-and-coming R&B singer Miguel, whose “Adorn” even more closely mirrors the 1982 boogie classic’s 808 bump ‘n’ grind. Yet Drake’s velutinous new single sorely lacks steam, oversimplifying the passions of “Let’s Get It On” or late-night yearning of “After The Dance” as if stiltedly mansplaining to a damaged generation of millennial dyslexics. Even its corresponding music video–an unironic pastiche of ’80s Miami cliches and cameos–treats the song’s intended sentiments with all the tenderness of the final act of a Jean-Claude van Damme direct-to-video flop. 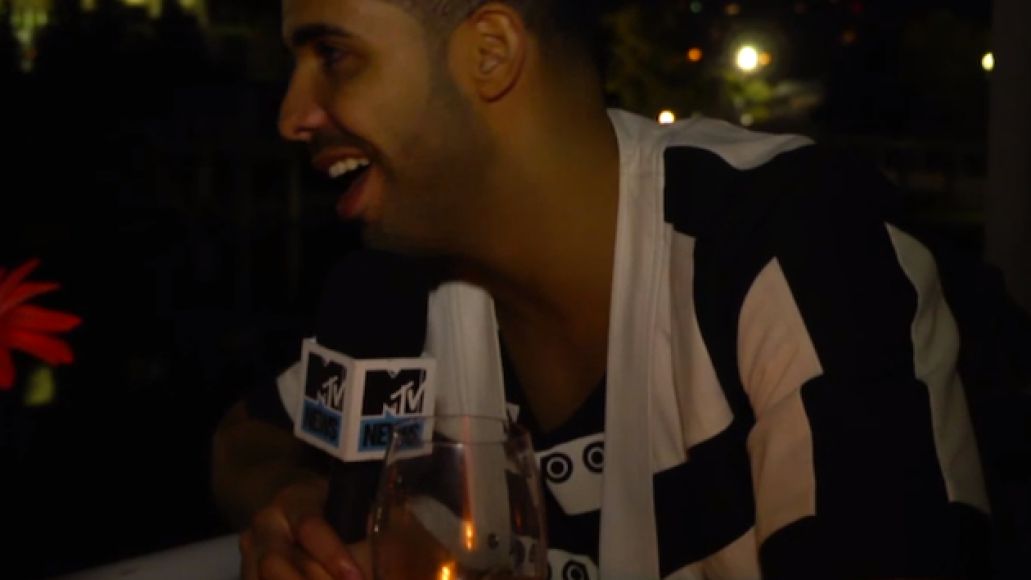 Despite being his comeback hit, “Sexual Healing” has a sordid past, delivered in the aftermath of Gaye’s compounding personal and professional failures. With influences that purportedly included sadomasochistic pornography found in European red light districts, it originates from his hard dark times sobering up and straightening out as a tax exile in Belgium after addiction, depression, and stateside financial turmoil. That perversion became even more apparent after his death, with the posthumous “Masochistic Beauty” playing out a vulgar, cringeworthy master-slave scene. Then again, none of this ought to surprise anyone who’s ever pored over the vividly explicit lyrics of 1976’s I Want You, which plainly and graphically references erections and cunnilingus, the latter a stark contrast to today’s hip-hop stars who are more inclined to beat the pussy up than eat the pussy up (Jaheim, having named his latest album after what he dubs “Pussy Appreciation Day”, might be a rare exception).

Abel Tesfaye, however, seems the rare mainstream artist of late willing to come clean and embrace such proclivities as part of an unabashed sexual demonology. Kiss Land, his first proper album under The Weeknd moniker, connects to the long-departed R&B legend on a spiritual, testicular level with raw hedonistic tales of collapsed romances and complicated flings riddled with Adderall, alcohol, cocaine, lean, weed, and whatever else happens lying around. Indeed, substance abuse defined Gaye as much as his social consciousness and loverman lifestyle did, and The Weeknd mixes two out of the three to lay bare his self-destructive actions for self-serving motives.

To borrow from Jay-Z’s recent bars, if Marvin Gaye was the Picasso of carnality then The Weeknd would appear to be its Basquiat. Comparatively youthful yet just as primal, Tesfaye and his predilections for sex workers (“Professional”) and those who do things for money (“Belong To The World”)–a distinction that blurs even on the tracks themselves–takes us places in song that his predecessor mostly shielded us from. Gaye’s tolerance for infidelity by a certain special lover on “All The Way Round”–“I don’t mind a bit/ ‘Cause you’re still the greatest lay/ Even when you’re miles away”–matches that of Tesfaye on “Pretty”, chalking it up to a promiscuity both flawed protagonists can relate to in their roles as lotharios. Even the (presumably simulated) female orgasmic moans of I Want You’s “Feel All My Love Inside” parallel the well-timed high-pitched shrieks of “Kiss Land”, with lyrical lustful promises which mirror those of “Soon I’ll Be Loving You Again”. 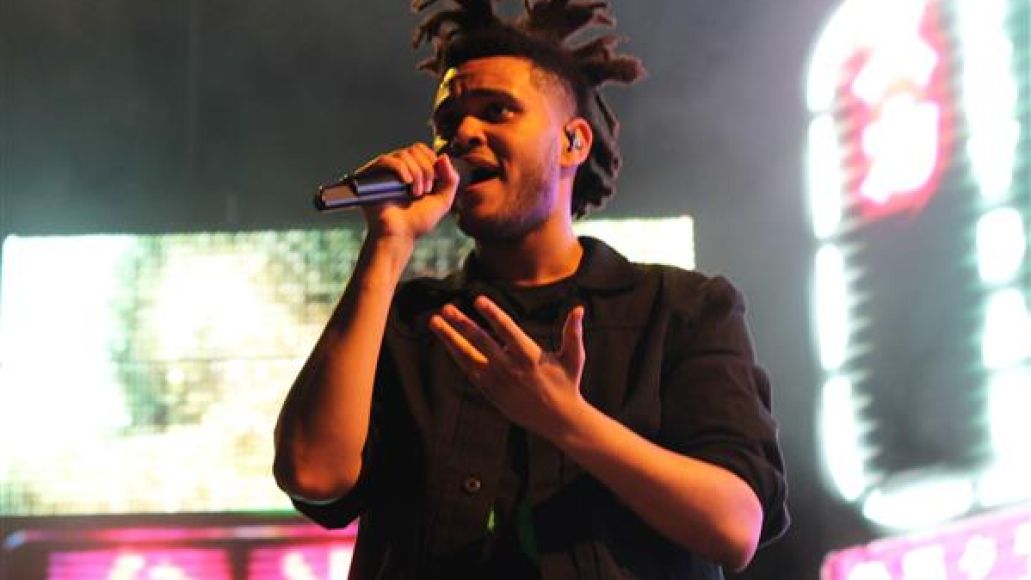 There’s a familiarity to the sexuality on display throughout Kiss Land. Sure, Tesfaye croons a good game about one-night stands, but there’s some constancy that never quite leaves. “Love In The Sky” finds him reacquainting with a woman, asking if she remembers the bedsheets from before. To some, such closeness might betray his casanova image. Yet long ago Gaye defined this three-dimensional desire that men like them feel and often act upon. On “Come Live With Me,” he put the intimate back into that cheapened word intimacy, inviting his paramour, unrealistically, to cohabitate and yet suggest spend their time in bed for thrice-daily romps. Three must be the magic number because it appears on “Love In The Sky” as well. Throughout I Want You, Gaye seems wounded by his love, pained by his passion, but never does it cross his mind to give up or accept any outcome in which he doesn’t get it on. On “Pretty”, when Tesfaye demands, unrealistically, that his woman return to being his once his flight lands, he’s obviously channelling all of this.

Tesfaye too knows a version of loneliness and despair Gaye sang about on difficult records like Here, My Dear and its less-regarded follow-up In Our Lifetime, both of which include recordings from the aforementioned Marvin’s Room studio. For the younger libertine, this comes through in Kiss Land’s overarching narrative about the demands of touring and the pitfalls of a rockstar lifestyle. Binges, benders, and all the depravity that comes with all-nighters and lengthier sleepless escapades inevitably lead to a self-awareness that those who partake in such activities are trying to escape from in the first place. Coming to grips with having abandoned something meaningful for fame, as well as the models and bottles that comes with it, “Adaptation” echoes the conflict between longing and resignation so poignantly captured on Let’s Get It On’s somber closer “Just To Keep You Satisfied”.

Being a skirt-chaser with a tortured soul, however, does not do Abel Tesfaye very many favors in the crowded pop music marketplace. It’s important to remember that Gaye had two decades under his belt by the time “Sexual Healing” came about. The prolificity of his career was such that there would naturally be fans of specific periods and segments in his discography–the early dalliances with jazz and standards, his sweet soul duets records with Tammi Terrell, the psychedelic soul sessions with Norman Whitfield, the rallying cries of protest record What’s Going On. And that’s just the first 10 years. The Weeknd hasn’t had the luxury of compounding years of goodwill that permits creative experiments and less palatable material under the auspices of art. Remember: Basquiat died of a heroin overdose at 27; Picasso lived to the age of 91. 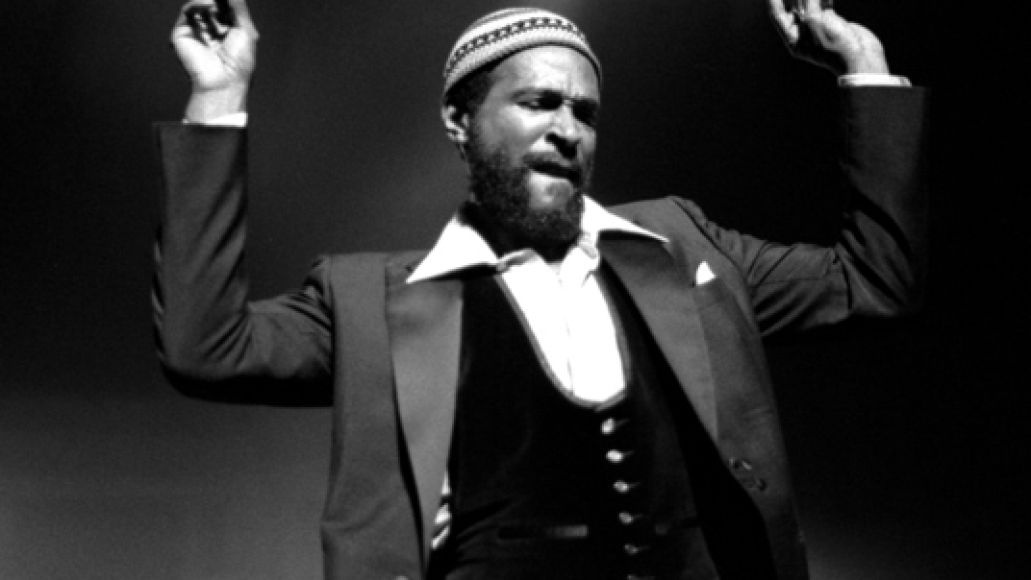 For precisely this reason, Tesfaye will never be as popular Marvin Gaye, despite their demonstrated existential kinship, and instead this becomes the advantage of his more popular “Crew Love” conspirator. Unfortunately, unfairly and ultimately, the emotional featherweight Drake stands to achieve this goal to which he aspires. Not only is he three albums and seven years deep in the rap game, he also has those 138 episodes of tween/teen drama Degrassi: The Next Generation. Though frequently ridiculed, his come-up has been lengthy and consistently in the public eye. We haven’t even seen him lose yet. A few more “Hold On, We’re Going Homes” from now, it might prove difficult to deny him.

R&B history is littered with men like Abel Tesfaye, tragically overshadowed and undervalued. Leon Ware, a songwriter, producer, and performer in his own right, is one such man. Having previously penned hits for Michael Jackson (“I Wanna Be Where You Are”) and Minnie Riperton (“Inside My Love”), he lacked the profile of Motown’s biggest writers, which worked to his detriment in dealing with the label. The story goes that Berry Gordy heard Ware’s “I Want You” demo and subsequently matched him and partner Arthur “T-Boy” Ross up with Gaye for what would become the album of the same name.

Though successful, the I Want You project essentially took songs planned for Ware’s sophomore album, something that must’ve stung in hindsight when the similar sounds of his own 1976 outing Musical Massage failed to connect. Blame the marketing if you must, but at the time Gaye had been riding high after two consecutive solo releases charting within the Billboard Top 10. Even if Ware felt like he was competing to some extent with himself, realistically the two men weren’t even boxing in the same weight class. When the sales tallies for Nothing Was the Same and Kiss Land get examined side-by-side next year, try to look surprised.

Gary Suarez is a writer born and raised in New York City. He tweets.

Drake, The Weeknd, and the Battle for Marvin Gaye’s Mantle