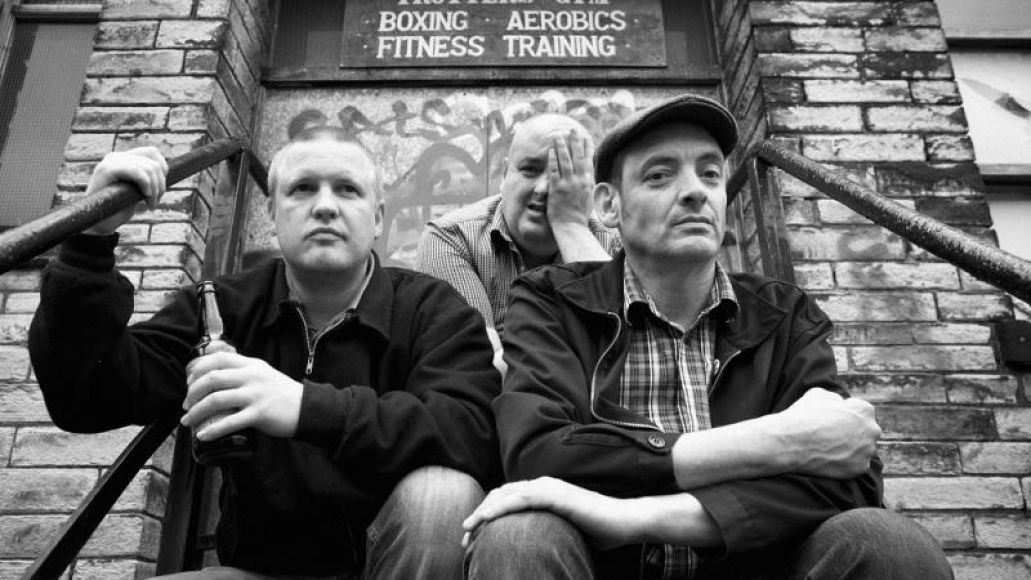 Just the word “Skinhead” evokes troubling connotations. Aux.Out. contributor Sam Lefebvre argues that Hark Skin’s satirical take on the Oi! genre, featuring all-female guest vocalists like Joanna Newsom and Alela Diane, asks for not only Oi!, but all art to be considered on its own terms.

The subcultures revolving around music are losing distinction. Punks make pop, and the flannel-laden indie look of yesteryear suggests exclusive interest in black metal. Skinheads are no different. Indeed, identifying as a skinhead seems laughable in the United States, and the word is loaded with negative connotations, but the subculture predicted its own demise. The dilution of skinhead identity is embedded in its history, and it’s now complete. Skinhead is dead. Contemporary English group Hard Skin’s unlikely collaboration with Joanna Newsom is the subcultural eulogy.

Hard Skin donned new names and personas in line with traditional skinhead sensibilities and sourced its sound from these earliest English Oi! flag bearers. Over four albums, the band accrued an enthusiastic and diverse following of punks, skinheads, and general underground renaissance fans, but the praise comes with a sort of linguistic caveat. Descriptions of the group invariably include an indication of phoniness, causing press and fans alike to treat the group with the sort of playfulness and suspended disbelief usually reserved for a schtick band like GWAR.

That Hard Skin were being considered at all is rare, as Oi! music and its boot-clad skinhead performers are usually just ignored. But such dismissal is unfair. Luckily, there’s Hard Skin peddling a sly satire that at once illuminates skinhead history, mocks it, and exposes the anatomy of listeners’ subcultural identification. 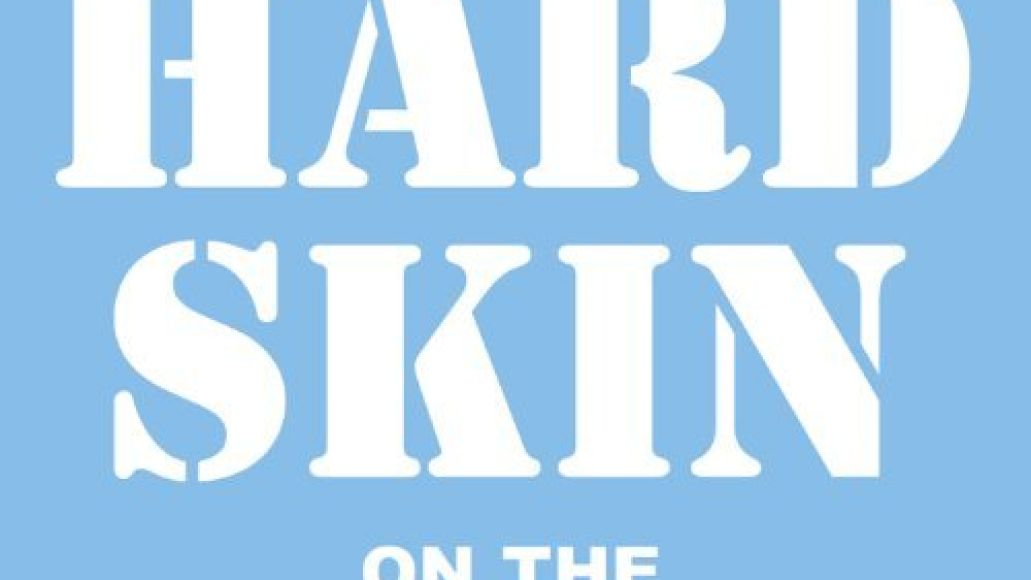 Few consider why Hard Skin’s fake Oi! is so accessible, or why it’s fake to begin with. The concept is not completely new, considering that fake punk has existed for years and listeners interact with the two similarly. Expansive compilation series Killed by Death provides a fake punk canon, compiling obscure punk singles from the late ’70s and early ’80s that were released in limited quantities by many groups now known to not be punks at all. Bikers exchanged speed for studio time and cut a punk single, session musicians convinced that punk had commercial potential cooked up an EP – the stories of non-punks committing one-off punk rock sessions to tape are endless. One of the more notorious KBD 45s is Freestone’s “Bummer Bitch b/w Church”, which the band goes as far as to publicly profess as a joke.

Working behind the counter of record stores for several years now, it is apparent that many listeners do prefer fake punk. The acronym “KBD” is essentially short-hand for it and even bands that aren’t compiled on Killed by Death compilations fall in the category. These listeners are put off by what they perceive as intimidating austerity from punk bands touting ideologies and political consciousness. KBD gives them punk’s immediacy, manic tempos, vocal rave-ups and melt-downs in short bursts of sneering vitriol without any righteous rhetoric to be taken seriously. Such shoppers value musicians’ deft handling of punk techniques and tropes, regardless of the performer’s investment in punk as a subculture.

Listeners respond positively to Hard Skin’s fake Oi! for similar reasons, but there’s more to unpack. Hard Skin pays homage to Oi! and skinhead themes on their latest album, On the Balls, which much like KBD bands, pays homage to punk. The album features Hard Skin’s three principals, but interestingly, an alternate version entitled Why Do Birds Suddenly Appear boasts female guest vocalists on each track. The unprecedented roster draws on voices from the underground and beyond, but it is the choice of all-women that is bold for the unfortunately macho, sometimes chauvinistic genre.

Old English punks like Vice Squad’s Beki Bondage appear with such unlikely accomplices as harpist chanteuse Joanna Newsom and alternative folkie Alela Diane. The Kills’ Allison Mosshart, Fucked Up’s Mustard Gas, Duke Spirit’s Liela Moss, BIS’ Manda Rin – the lineup is baffling. The same songs, lyrics, and gender pronouns are found, but with “birds” and a pink cover, as opposed to On the Balls’ blue one. By enlisting female vocalists for their own songs, Hard Skin diffuses skinhead Oi!. It concedes phoniness with a telling wink. Listeners aren’t asked to invest part of their cultural identity, which explains Hard Skin’s subculture-defying appeal.

In an interview with The Stool Pigeon last year, Fat Bob (aka Sean Forbes, employee at London’s Rough Trade record store and star of Noisey’s video series “Record Shop Dude”) said of Hard Skin, “We’re famous in a really shitty, punk DIY way.” He’s right. The group’s appeal extends beyond Oi! enthusiasts. When Why Do Birds Suddenly Appear came out early this year, I played it incessantly in an independent record store. Customers’ taste traversed the stylistic spectrum, but there was no pattern to which shoppers purchased the album. Most surprising were the purchasers whose tastes I already felt familiar with. Shoppers that wouldn’t be impressed by a song like Cock Sparrer’s “Take ‘Em All” were smitten with Portland singer Alela Diane’s gratuitous repetition of “Two Bob Cunt” on the Hard Skin track. Each song relies on similar hooligan-chanting redundancy, vocal phrasing, and heavy backbeats, yet Cock Sparrer’s militaristic calls to action (“Put ‘em up against the wall and shoot ‘em/ watch ‘em fall/ come on boys, take ‘em all” – it’s about the music business) alienate the same listeners who are endeared by Diane’s sarcastic handling of the Hard Skin lyric.

Marion Herbain and Roxanne Clifford of London indie pop group Veronica Falls guest on the opener of Why Do Birds Suddenly Appear, “Council Estate”. Sung from the perspective of a suicidal husband, the track deals in grim death wishes rooted in a feeling of unfulfilled potential. Surprisingly poetic phrases like “everyone dies but not everyone lives” lead into the outright macabre “hang myself from a piece of rope.” The song itself is brilliant. Deft rock ‘n roll guitar leads bend around the anthemic chorus. Four-on-the-floor drums and palm-muted riffs underpin bleak lyrics while a spacious bridge section emphasizes the narrators’ despair.

Elsewhere, Chaos UK’s Beckie Chaos helms “That’s Bollocks Mate”, one of the record’s many pub-centric tunes, in which she calls bullshit on the tall tales of a lying regular. Acclaimed songstress Joanna Newsom appears on “The Man Who Ran the Town”, a tale of loan shark indulgence and violent skinhead retribution. As much as Newsom tries to bury her signature warble, it crops up in her spirited delivery, oddly like an English child feigning tough.

In a recent interview, Fat Bob deflected the “fake” tagging by asserting his tenure in the scene, boasting the years he first saw Blitz live. Used here, the adjective doesn’t mean that Hard Skin lacks conviction, knowledge, or experience with writing and performing Oi! music. Hard Skin doesn’t belittle Oi! or its skinhead followers. Rather, it’s fake because the group deals reverent homage to Oi! and skinhead culture, while cleverly separating themselves from it. What’s more, Hard Skin members are alumnus of anarcho-punk groups Wat Tyler, Schwartzeneggar, and Thatcher on Acid, but knowledge of Hard Skin’s previous musical endeavors isn’t necessary to note the cheekiness of selecting Echobelly’s Debbie Smith to sing “Sausage Man”. The decision to recruit female vocalists makes Hard Skin’s satirical treatment of Oi! implicit and allows the core trio to maintain their goofy personas.

Class nostalgia is a hallmark of skinhead history, a tradition that Hard Skin carries on and manipulates. Sociologist Dick Hebdige’s influential 1979 book Subculture: The Meaning of Style explores the origins of skinhead values and how they were mirrored in its outward style. He shows how the subculture is based on misrepresentation. Its members celebrate the pre-war English working class by mocking it. Short hair was practical for machinists and dock workers. Skinheads insist on the closest shave. Boots are protection on the job site. Skinheads keep them polished and halfway to the knee. Skinheads essentially hijack the low-hanging signifiers of working class culture and exacerbate them through fashion, becoming increasingly diluted caricatures over time.

1960s English skinheads pined for the imagined purity and dour toughness of a class that lost much of its distinction following the changes WWII left on the economy. Skinhead insistence on obstinate adherence to tradition, resulting in hostility to change and outsiders, is rooted this far back. “Hardness” sums up the attitude well – the adjective wielded today by Hard Skin, a cornerstone of the subculture at its most nascent period. 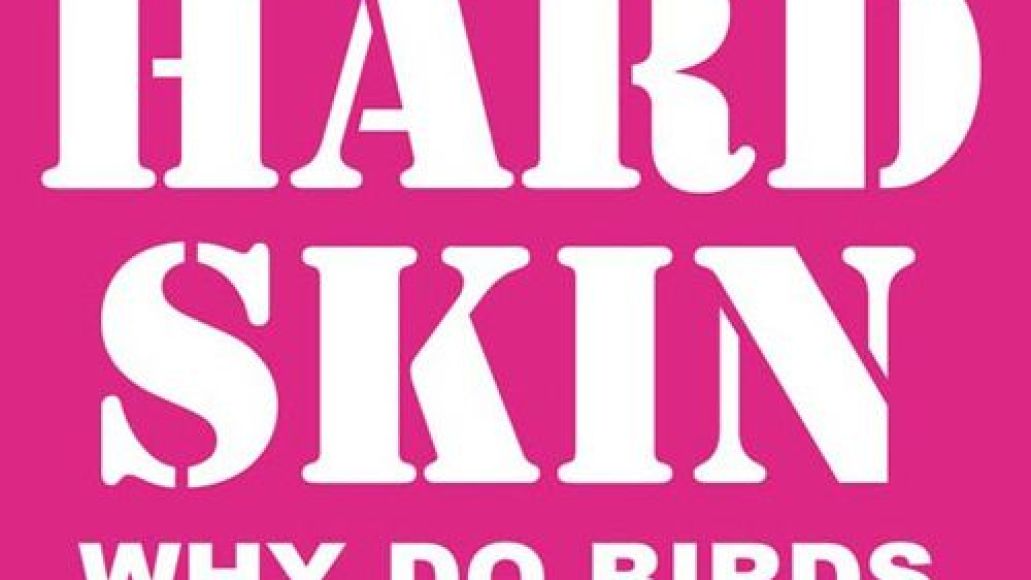 Skinheads performing Oi! in the early ’80s were also nostalgic for a pre-war generations’ working class, but their style also coalesced with punk. Thus, the influence of their original model was less distinct. Hebdige’s work was published on the cusp of skinheads adopting Oi! music, but the phenomenon falls in line with his narrative of the subculture’s development. Punk’s glorification of ineptitude enabled skinheads’ music to devolve into power chord-driven hooligan chants borne in the soccer stadium and pub. The subject matter devolved to a celebration of territorial camaraderie, alcoholism, and irascibility. Even in their original incarnation, skinheads strove to represent the pre-war working class through contrived attitudes, clothes, and music. As skinheads’ interpretation of working-class sensibilities unraveled, they moved further from the pre-war model towards a more cartoonish version of what began as a caricature. Now, Hard Skin gives the most distorted representation of the working class ever known to skinheads, but it was predicted all along.

Hard Skin’s latest isn’t an asinine album, but it’s a piss-take. The aforementioned “Council Estate” contains perfectly relevant commentary on the limited social mobility of public housing residents, for example. Still, Why Do Birds Suddenly Appear is cheeky pastiche of the musical tropes and lyrical themes of Oi! as an expression of nostalgia for the character of English working-class citizens. It’s Oi! by fans and record collectors whose knowledge of skinhead culture is astute and wonderfully channeled in excellent songs, but Hard Skin rarely tries to dispel its perception as an Oi! parody act, subjecting themselves to one patronizing interviewer after another. By having female singers on their latest record, Hard Skin delivers the ultimate skinhead coup. They pack more Oi! cliché into a single album than any group has in years, deliver it arguably better than the originators, and then select a stable of performers with little to no association to skinhead subculture to front each song.

The further skinheads move from their original inspiration, the murkier their identity becomes. Their outward style incrementally loses meaning. Similar arguments can be made for subcultures in general, since youth culture is now more like a nebulous mass of references, rather than isolated groups with distinct values. For skinheads, Why Do Birds Suddenly Appear is a symbolic endpoint for the subculture’s diffusion into music without implications for the listener. The group’s international fan base reflects as much. Hard Skin doesn’t urge listeners to align themselves with Oi! or insist that we must agree with the music before trying to enjoy it. In fact, Hard Skin’s latest album proves that treating Oi! with sarcasm and sullying its traditions yield greater accessibility, opening an often stigmatized and insular genre up to listeners eager to appreciate songs on their own musical terms.

Sam Lefebvre is a freelance writer based in Oakland. He contributes frequently to SF Weekly, East Bay Express, Impose, and more. He continues to sporadically publish the punk zine of his teens, Degenerate, and currently works for San Francisco archival imprint Superior Viaduct. He is on Twitter.